Here are a few pictures and a description of some of the small projects on the house construction we tackled the few days we have been home. Dad put in all the breakers in the panel and did a fine job. This used to be such a simple process but codes have  complicated it.

Now you not only need GFCI breakers for certain circuits but you need AFCI (Arc fault) breakers on a bunch of cicuits. A few of the circuits required combination GFCI/AFCI breakers. Wow, give me a break (er)!😏

The inspector told me that the special breakers add an average of $700 to the cost of the panel. Evidently this house is running pretty close to average! They are a little more difficult to put in too, but Dad made light work of it. 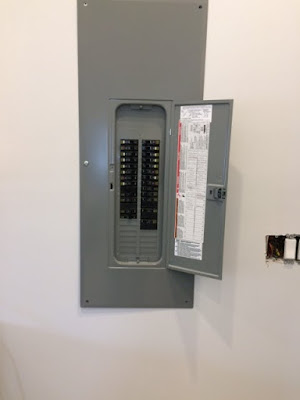 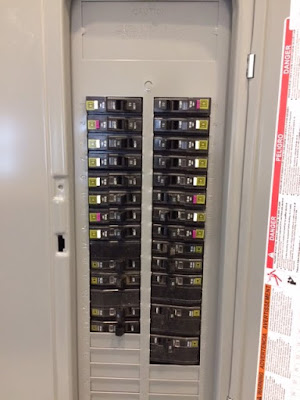 Do you remember when we poured the master closet/safe room ceiling in early August? You can read about it HERE.

David Butler told me to leave the forms up for a while and since we were gone for a few months, I did leave them up a while, over four months! That should be enough.

Ready to pour in August. 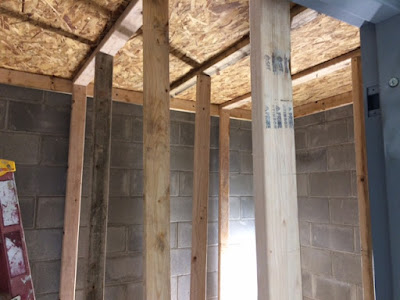 In the process of pouring August 8. 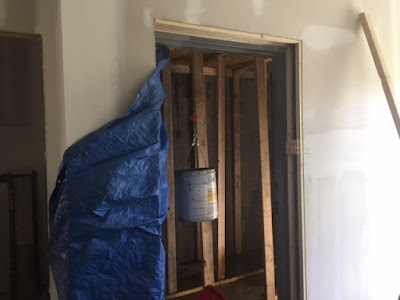 One of the first things I did after Christmas was remove the vertical bracing. 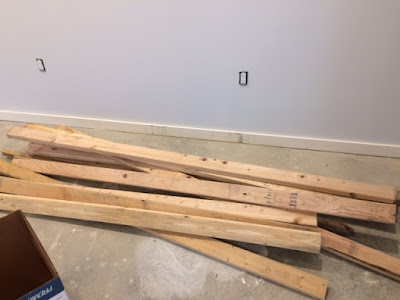 Then my brother Steve helped me with the overhead forms and scraping the concrete that seeped through off the walls. 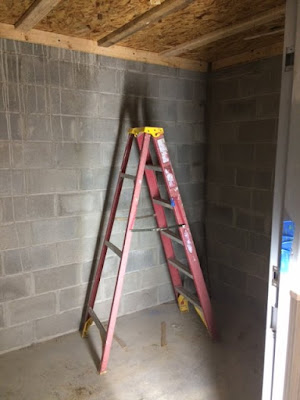 I did not get a good picture after the wood against the ceiling was removed but the concrete looks great.

Next on the agenda was insulating above that ceiling. This was the say it was poured. 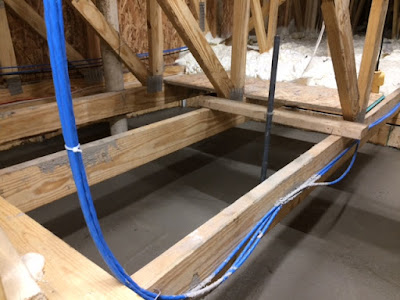 Then after the insulation. 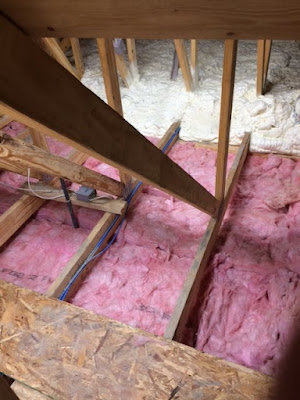 That made a huge difference in the temperature of that room. I fully intended to paint the block with block filler but the surface, air and paint has to be above 50 degrees. I decided I better wait until it was above 0 outside.

While I was working in the attic I completed the switch and plug for the attic entrance lights. I am using the 4' LED lights that look like florescent lights. I used those type of lights in the tent the last couple of years. They sip electricity and put out a lot of light.

I bought several for the house construction. A few of them will be mounted permanently in the attic and a few in the garage. 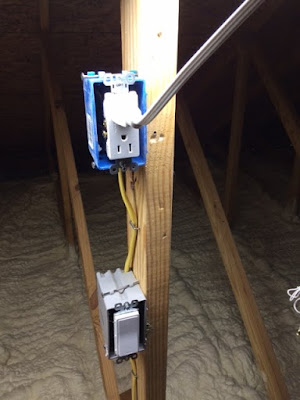 Tuesday I worked on getting the drive in shape to be able to pull the BoggsMobile out of the barn and hit the road soon. There is a small hill on the gravel drive after exiting the barn and I was a little concerned about it.

It has been so cold that the snow is pretty much frozen in one piece. I used a blower to chip away at the snow that was not packed down. Then I put ice-melt where the bus wheels will go. The little sunshine we had Tuesday afternoon helped and hopefully we will get some more today.

All the places below where you can see gravel are places I was able to remove with the blower. 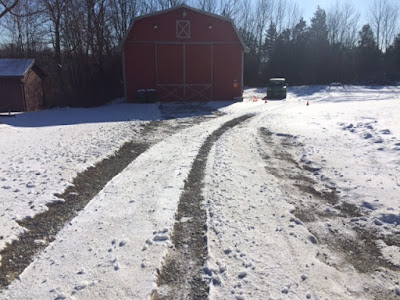 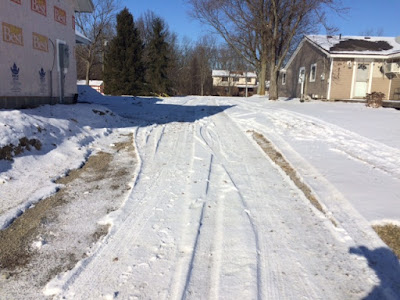 We did take a few minutes to eat a late lunch at Acapulco. 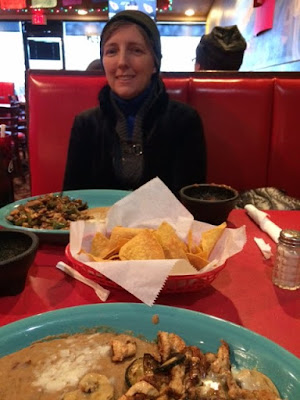 But we kind of HAD to go. Someone at church slipped this in my pocket at church Sunday night. 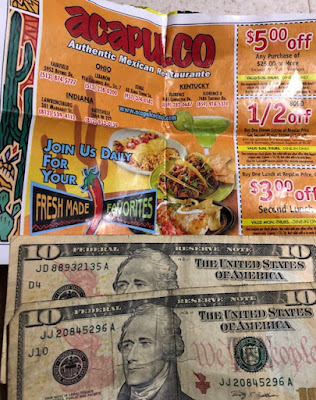 It is $20 and great Acapulco coupons! I am pretty sure it was Bro. Gary Scott but I have not confirmed it yet. If I did not go to Acapulco and spend the money and use the coupons, then whoever gave them to me might have had hurt feelings and I would not want to be responsible for that!

Yesterday evening I cleaned up the house and carried my tools back to the barn. This morning I am meeting with a counter top guy and then sorting the tools between barn tools and bus tools. After that we will begin preparations to leave in earnest.

I sure appreciate you taking time to read today. Have a great day.

Davy
Posted by Davy, Kelly and Odie Boggs at 5:35 AM