Update: I have updated this post with names of the children in the pictures thanks to my Mother and my brother Steve.

I am having trouble getting anything to post correctly late Monday night as I prepare this post for Tuesday. My Mother Dear text me these pictures Monday evening while we were in church and they seem to be small enough to post well on low cell signal.

I will post the pictures Mom sent today. Hopefully  I can get the post intended for today, posted at a later date.

These are from 48 years ago this week. I do not remember the cake or birthday party but I do remember playing guitars with my brother Steve at this age. I also remember riding the little plastic motorcycle until it would go no more. It did not have pedals, I pushed it with my feet. I believe I had another one and I rode the wheels off of that one too.

I fondly remember my first bicycle in the picture below too. The training wheels did not last long and I was soon hooked on riding a bike. I would like to know how many hours I spent riding bikes between age 3 and 15.

I will need my Mom's help identifying the other kids in the pictures but I know this is my brother Steve below and I think the girl in red is my cousin Missy Upton.

According to Mother, left to right, Missy, Steve and Kelly Stroop. 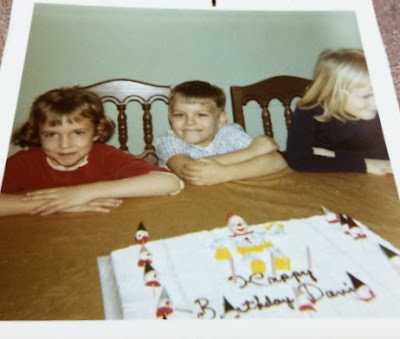 If any one recognizes yourself or another of the kids, let us know who is who.

I hope you enjoy the pictures from 48 years ago. Thank you for dropping in for a while today. 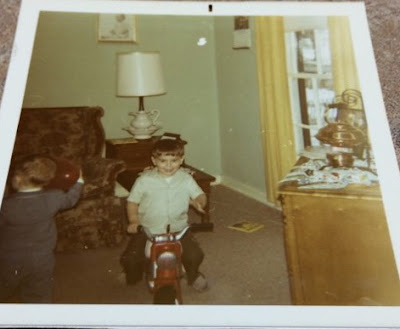 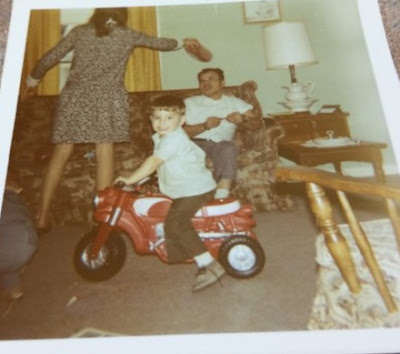 Starting with the blond girl across the table and moving clockwise, Kelly Stroop, Mom thinks the boy in blue was a neighbor (Steve said his name is Scott Woolard), first cousin Eric Coffman and me. 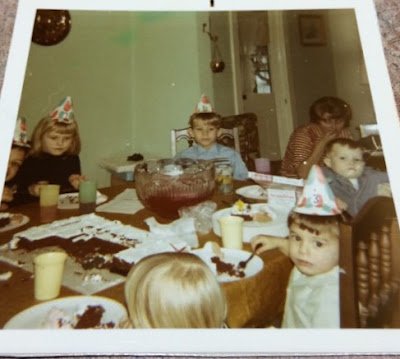 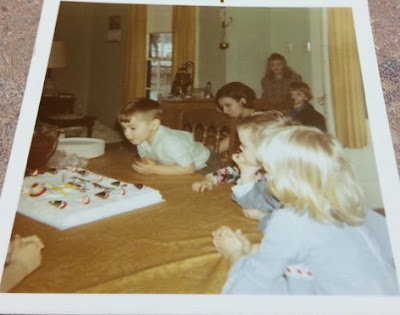 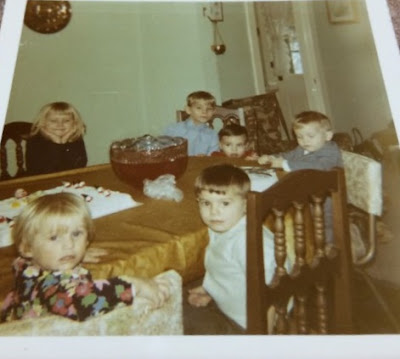 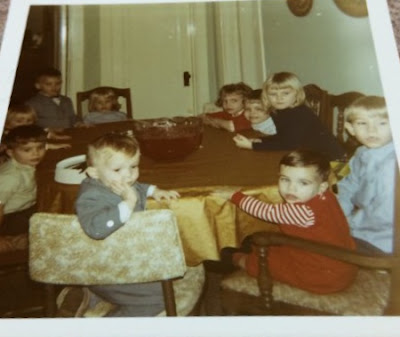 It looks like I must be standing in the chair in this one then Missy Upton, Annette Livingston. Kelly Stroop is on the other side of me. 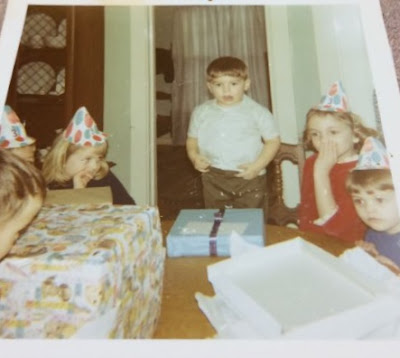 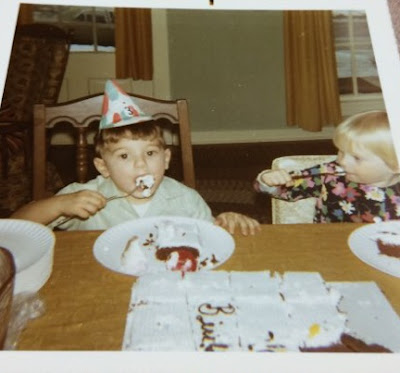 Here are a couple of bonus pictures in black and white. 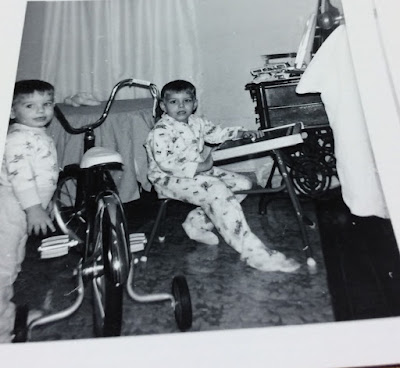 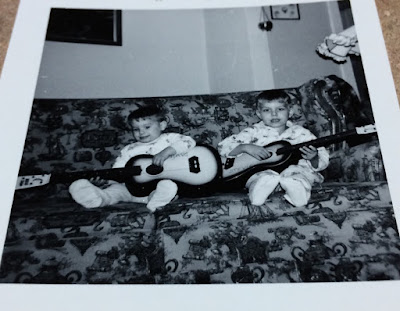 Also a little more information that I confirmed with Mom. The pictures were taken in the house we were living in at the time on Franklin Rd. in Waynesville, Ohio. Dad and Mom and Steve were living there when I was born and we lived there until I was about 4 1/2.

I thought that was the house in the pictures but my memories of that house are a little sketchy. I remember our bedroom, the living room, some of the furniture and the outside.

Posted by Davy, Kelly and Odie Boggs at 1:13 AM