When we started planning the house for Odie to live in, one of the features we wanted to include was a safe room. When Odie is at the house by herself, she has no way to flee during bad weather. We have been in some homes in tornado alley that have closets doubling as safe rooms and we thought that would be the best way to proceed.

It is not terribly common for people to build safe rooms here so we were kind of on our own when it came to design and telling contractors what we needed. With Google as our friend we were able to zero in on specifications that were translatable to local contractors and we are now well on our way to having it finished.

The block was laid a week ago Friday and the progress has fast forwarded since then. 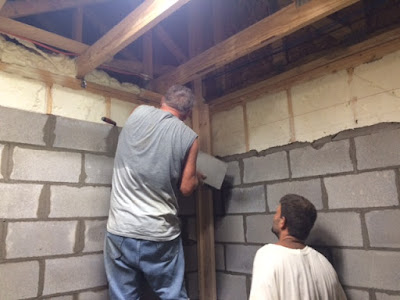 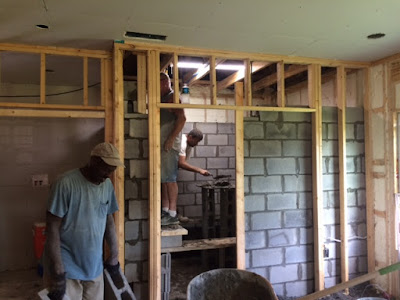 One thing we could not source locally was a door that was made for a safe room. It was not for the lack of trying, calling and emailing though. I exhausted every avenue I could find and then Kelly Jo contacted Brent Searcy in Oklahoma. He directed us to a company in Oklahoma City and they came through for us.

Bro. Jimmie Radcliffe picked up the door in OKC and delivered it when he came recently. 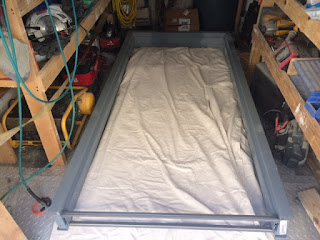 The room went from this... 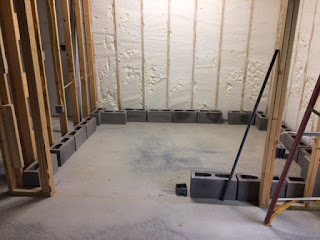 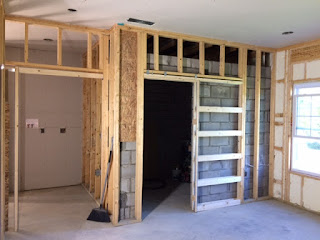 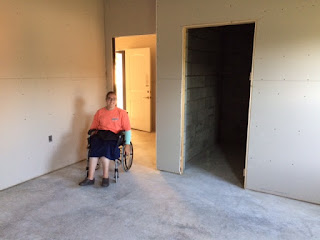 And then this in a few days. 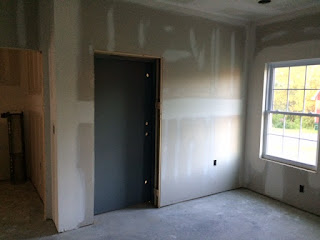 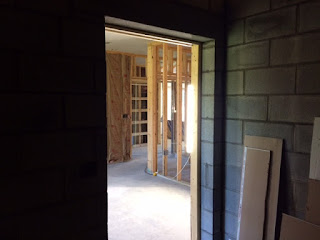 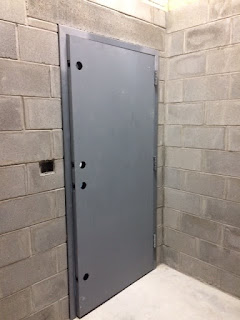 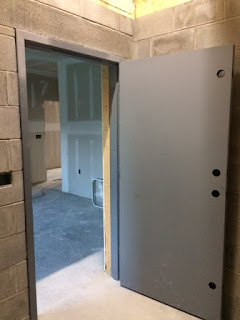 We lacked one element to make the shell of the structure complete and that was the poured concrete ceiling. David Butler came Monday and and we framed up the support for the concrete. 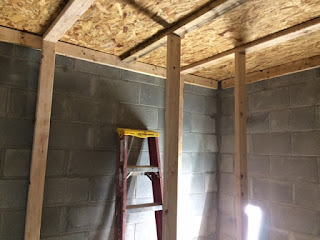 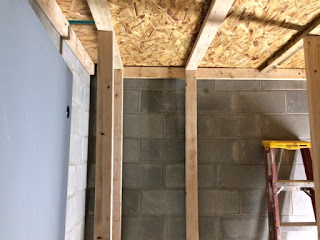 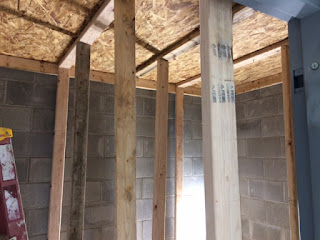 I spent a couple of hours Tuesday morning finishing that and making ready for the electrical box in the ceiling and for the vent as well. When David and his helper Aaron arrived, we rigged up a pulley, put the metal in place and made final preparations for pouring. 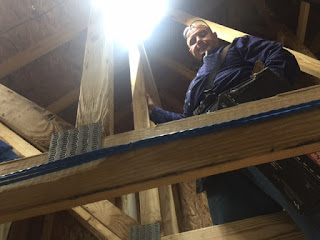 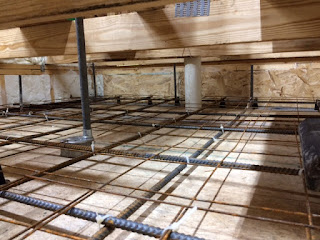 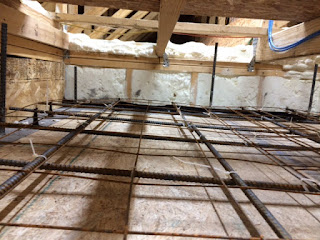 After lunch, we hit the ground running. 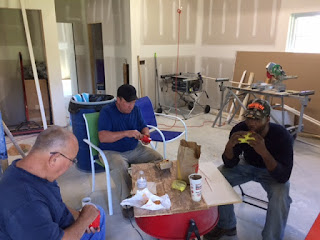 I mixed the concrete and helped Aaron get the wheelbarrow up the ramp. 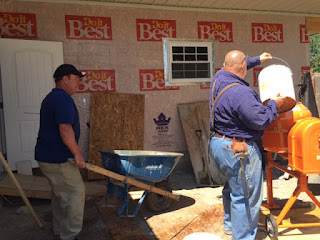 Aaron handled the wheelbarrow, shoveled the concrete from there to the buckets and put the buckets in place for the hoist. 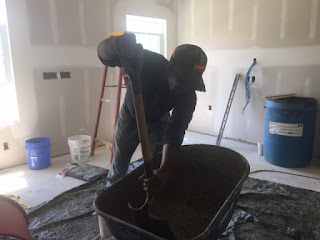 David Butler operated the hoist, poured and finished the concrete. 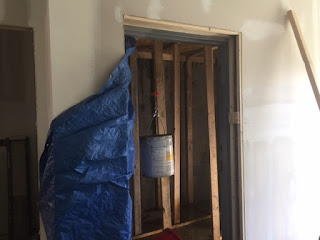 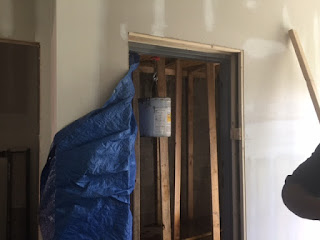 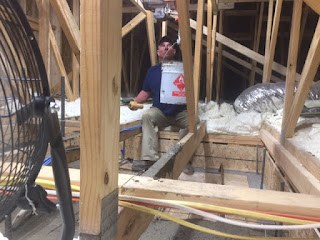 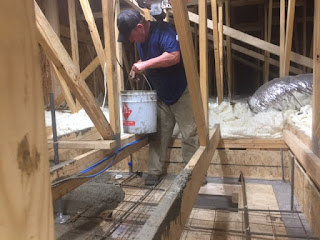 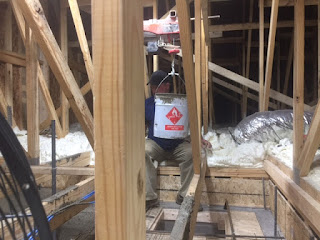 Dad helped us all. 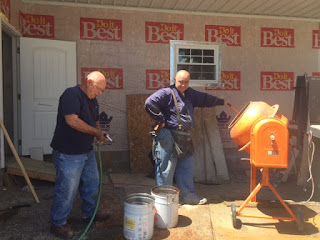 Here is a look at the finished product from above. 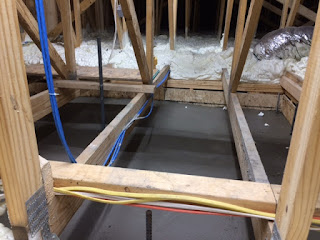 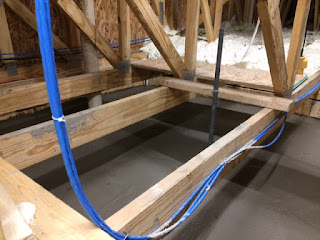 We will leave the forms and bracing in place for a while. Once they are removed, we will caulk and paint the block and then I will build a closet system with drawers, shelving and rods to hang clothes. We will post again with pictures when some of those items are in place.

Hopefully this room will be used for nothing but a closet but it should provide a safe place for Odie to go should she ever need it.

When we finished and cleaned up yesterday afternoon, David Butler told me he was not charging for his labor on the safe room ceiling. I tried arguing but he was adamant. He worked like a mule in that hot attic Tuesday and deserved way more than ZERO!

David had already dug and poured the footer and prepped and poured the slab. He did those two things and much more at very reasonable rates. We certainly did not expect him to do this work gratis. May God bless him for his kindness and generosity.

May God bless those of your that are praying for this house adventure. We have been blessed greatly by your concern.

Davy
Posted by Davy, Kelly and Odie Boggs at 6:26 AM