God's Involvement In The Small Things

Thank you for the great response to yesterday's post.  A bunch of you had fun with my Buda story that accompanied the pictures.
🤣 🤣

God's Involvement In The Small Things
Many people believe that God created the world but takes no active interest in it. They are certain that God does not involve Himself in the affairs of His creation.

I obviously do not buy into that. I am quite sure we serve a God that is intimately aware of every aspect in our lives and cares deeply for every human.

It is true that man has chosen sin and therefore sin reigns in this world for now. Bad, bad, bad things happen in this world because of 6000 years of sin, horrible choices by humanity and the near complete rejection of God by the creation He loves so much.

I can not fathom all the sin and evil in the world and I will never understand why we constantly choose evil. It is difficult to comprehend why God has not kicked the whole mess into hell and started over.

It must be love. For God so loved the world! Yes, in the midst of evil and moral decay, God still works in our world, our society and even our individual lives, because of His love.

Yet, He still cares for us and pursues us. That speaks of His love for His creation. Praise God for that.

On the way here we turn off I-20 about 165 miles from Pine Prairie. From there it is mostly two lane roads with nice wide shoulders except for about 20 miles of I-49 south of Alexandria.

From I-20 we go south on 65 until Ferriday, Louisiana, turn right on 84 and about miles later turn left on 28. From there it is a straight shot to the north side of Alexandria. We were following that route in 2009 when we arrived in the small town of Ferriday. I really needed to stop and could find no place to get the bus off the road.

I made the turn on 84 and pulled off the side of the road on the shoulder, right in town. I was not completely off the road but I turned on the hazards. We were rolling again in about 2 minutes.

After 30 miles we turned left on 28. About 10-15 miles later we came upon a terrible accident on a narrow two lane bridge. The accident had just happened. There were only 2-4 cars in front of us including a truck and a fifth wheel. There were no first responders there yet at all. I am confident the accident was probably less than 2-3 minutes old.

You can see in the pictures below that the shoulders are eliminated on the bridge. 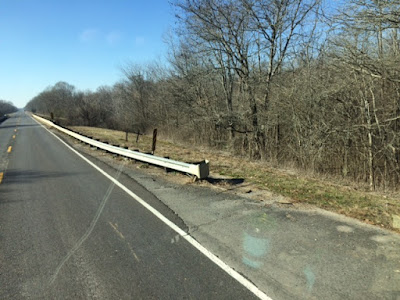 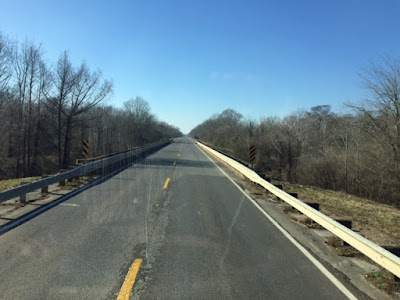 The accident was on the bridge above and covered the bridge from one concrete edge to the other. From our side it looked like a huge pile of metal and I could distinguish no vehicles at all. I could hear the people on the other end of the bridge, that were stuck in traffic like we were, trying to help people from the wreckage but none of us on our side could get over there.

In a few minutes there were police, ambulances and fire trucks coming from both directions. We had all pulled over to the shoulders to let them through. The first responders on our end of the bridge were nearly helpless to do anything other than making sure no fires erupted.

After an hour or so the police told us the bridge would be closed for many hours and recommended we turn around, go back to 84 and take about an hour detour into Alexandria. Once the cars were turned around, I unhooked Mr. Cheap Jeep and performed about a 15 point turn.

By the time I was exactly sideways in the road, the bumper of the BoggsMobile was in the grass on either side. IF there had been guardrails on the edge of the shoulders, we would not have been able to turn around.

We were looking for correct bridge as we were coming through this past Saturday. We were about 90% sure this was the one as we were approaching it and the two crosses next to the bridge confirmed it. 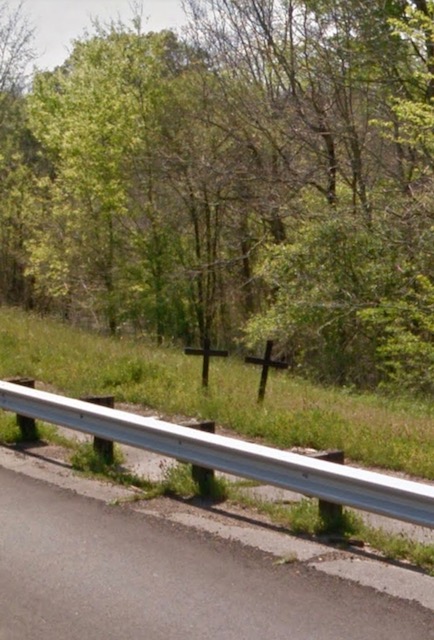 That was a tragic day for many people. It marked them for the rest of their lives because of what they lost in one random moment on a wide open stretch of straight highway.

The accident was a minor inconvenience for us. We lost two hours or so out of our day.

Yet, we are convinced it could have been a life changing day for us as well. Without that two minute emergency stop about 40 miles back, we could have been directly involved in the original collision or traveling so close behind the vehicles that wrecked, that we could have plowed into the carnage creating even more death and destruction.

I will forever be convinced that God is intimately involved in our lives, even the very small seemingly insignificant things. It is written very plainly all through His Word. Here is one example.

Matthew 6:26 Behold the fowls of the air: for they sow not, neither do they reap, nor gather into barns; yet your heavenly Father feedeth them. Are ye not much better than they?
27  Which of you by taking thought can add one cubit unto his stature?
28 And why take ye thought for raiment? Consider the lilies of the field, how they grow; they toil not, neither do they spin:
29 And yet I say unto you, That even Solomon in all his glory was not arrayed like one of these.
30 Wherefore, if God so clothe the grass of the field, which to day is, and to morrow is cast into the oven, shall he not much more clothe you, O ye of little faith?
31 Therefore take no thought, saying, What shall we eat? or, What shall we drink? or, Wherewithal shall we be clothed?
32 (For after all these things do the Gentiles seek:) for your heavenly Father knoweth that ye have need of all these things.
33 But seek ye first the kingdom of God, and his righteousness; and all these things shall be added unto you.

The Bible says it and I have confirmed it through personal experience. Look around you, friend. You will find God at work in your life.

Davy
Posted by Davy, Kelly and Odie Boggs at 1:03 AM