We left Douglas, Georgia Tuesday night after church and headed toward Vonore, Tennessee. I expected it would be late by the time we were ready to leave but we actually pulled out of the church parking lot a few minutes before 10:00 PM.

There was not much traffic and the weather was nice at first so it was a good night to drive. I did not know if I could drive all night but I really wanted to at least get north of Atlanta. About 40 minutes into the trip I realized we had a stowaway on board. 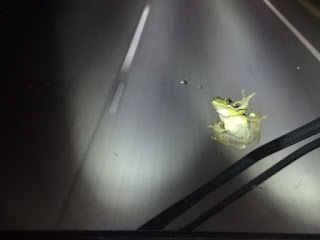 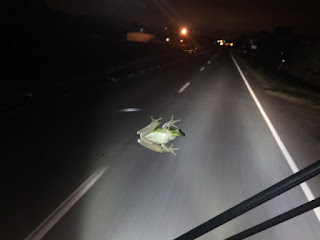 The little frog must have been sitting on the bumper or something. He had no idea that his new climbing toy had wheels until it was much too late. The first time I knew anything about him was when he crawled into my view on the windshield.

We were going west on local roads and traveling from 40-55 MPH. His little throat would pulsate rapidly like he was scared but he seemed to be doing fine. He pretty much moved around the windshield without much problem at all.

When we turned north on I-75 and increased our speed to around 70 MPH he hunkered down and held on. That was the smart thing to do. But alas the little froggy was not near as smart as he looked. Evidently the bugs looked better a few inches from him. He took a step or two and in a flash, he was flying! Bye little frog! Your take off was spectacular. I hope your landing was fantastic too. 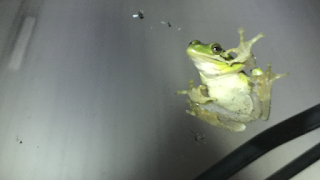 Our first stop was in Cordele, Georgia at Pilot for a little diesel. I love cheap fuel! 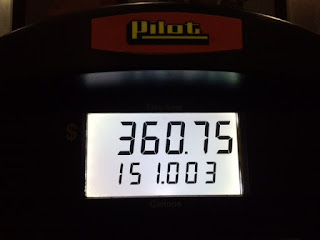 We did hit rain just north of Macon and drove in it until well north of Atlanta. That was not much fun but we made it fine. We pulled into East Tennessee Luxury Coach at 5:30 AM after driving 431 miles. It was a good night. 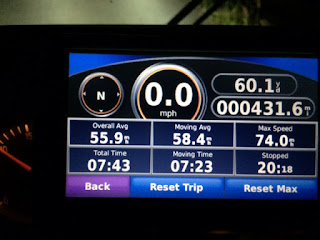 We pulled nose in over on the edge of the parking lot and we were in bed by 7:00 AM. 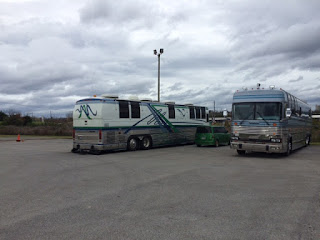 We left for Oliver Springs, Tennessee at 4:00 PM and arrived at the funeral home a few minutes after 5:00. As I mentioned yesterday, God blessed and helped Sis. Mary's husband, family and friends in a special way. After the service we visited for quite a while and then adjourned the meeting until we could reconvene at Shoney's in Oak Ridge. 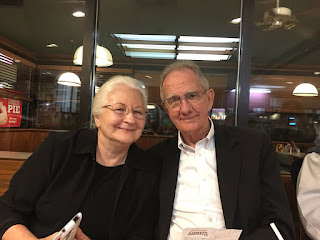 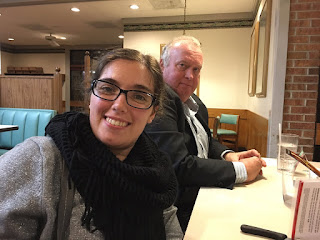 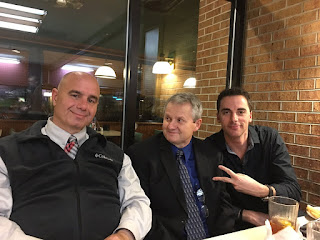 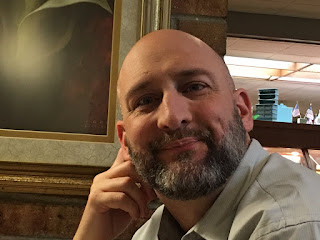 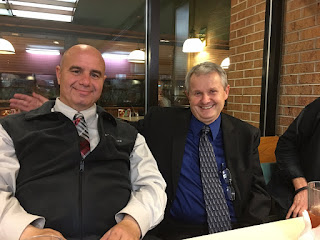 Thursday, Jeff here at East Tennessee Coach was doing a little work on the bus and I spent most of the day with Bro. Joel and his family. Sis. Mary's burial was Thursday afternoon in a pretty mountain spot west of Rockwood. It was a hard day on everyone but God helped again.

By the time I arrived back at the BoggsMobile Thursday night, the bus was parked in place, plugged in and Kelly Jo had a wonderful meal prepared. It was a great ending to a great day. Today is more bus stuff and some practice before we go south again to Adairsville, Georgia. We are singing for some long time friends on Saturday night and then singing and preaching for them on Sunday morning. We would love to have you join us. The church is located at

The singing starts Saturday night at 6:00 PM. I know that Pastor Tony St. Cyr and his church would love to have you in service and I know that we would love it.

God bless and thanks for reading.