Tuesday morning started out in Neosho, Missouri in the city RV Park where we had been for a little over a week. 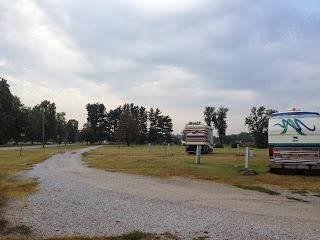 We loaded the Green Machine in the tent trailer Monday so we could get an earlier start Tuesday morning. It was kind of rainy so we still did not leave very early. By the time the BoggsMobile was hooked to the trailer and the holding tanks were emptied it was nearly 9:00 AM.


The first couple of hours going south down to I-40 was very hilly with spots of construction thrown in for good measure. One we were on I-40 going east in Arkansas we were able to make pretty good progress until we started hitting construction again. It slowed us down quite a bit. We were even completely stopped a couple of places. It made for very tedious driving.

By the time we pulled into Walmart at Batesville, Mississippi my back and shoulder were in knots. We walked around Walmart to relax and spend money then we ate a snack and went to bed. 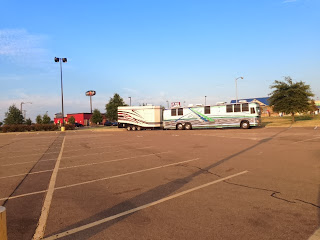 Because we had driven farther than we had planned on Tuesday our travel distance Wednesday was much shorter than planned. We only had about 250 miles to drive and it was a pretty uneventful day. I did have an issue with the low coolant sensor on the bus this morning and also after I arrived in Ellisville. I replaced it in July while we were in Minnesota and I have not determined if it is faulty or not.

We are parked in Ellisville, Mississippi at First Assembly where Bro. Kenny Morris is Pastor. We are going to rest here tomorrow and then make the short drive to Richton on Friday by God's grace. We arrived in plenty of time for church and it was good to see everybody and to be in service with our friends again. We only took two pictures! 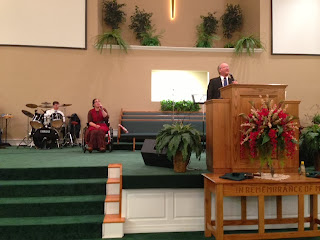 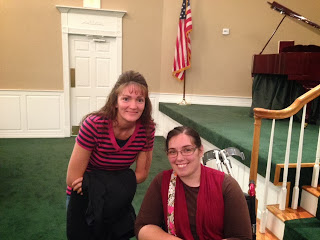 The plan was to set the tent up in Richton on Saturday but the weather guessers are calling for a 70% chance of thunderstorms on Saturday. The chance is only 30% on Friday so we will set it up Friday evening IF it is not raining. After Sunday the chance of rain goes down and the weather forecast is perfect for tent revival. Let's pray that holds true.