Looking back over my posts the last few weeks, I realized that I had not finished a BoggsMobile story I started back in January. Once I had the problem repaired I wanted to make sure it was "good and fixed" before I told the story on the blog. I think I am ready now.

I am always learning something new about the BoggsMobile and most of the time it is something I probably could have lived the rest of my life without knowing...unless I am going to own and operate a bus.

Way down in this post back in January I wrote that the radiator for the generator was low on coolant. As I watched it the next few weeks I could see the radiator was leaking. I could never discover the source of the leak other than to know it was coming from somewhere on the radiator.

I was really hoping I could put the repair off a while but the generator is critical when we are traveling AND when we are parked next to the tent without electrical power. I knew I needed to get to the bottom of this sooner rather than later. I already knew the task was beyond my pay grade. I had changed the belt and hoses on the generator and radiator last summer and I decided then that removing the radiator would be a bad job.

Unfortunately, I was right! Sometimes I hate being right!

I took the plunge while we were in Sweeny, Texas because the weather was bearable and Pastor Larry Lamb said there was a good radiator shop in the next town. If you have not noticed, it is hard to find a good radiator repair guy nowadays. 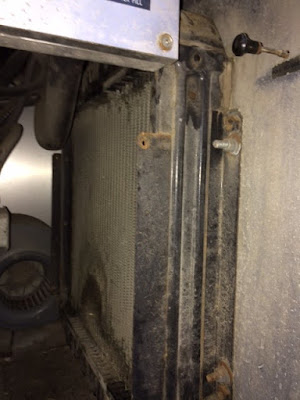 I was hoping the old radiator could be repaired but just in case, I called Martin Generator and found the number and price for a new one. Wow! A new one had to ship from overseas and it was about $900 plus  US shipping! Ouch! For my future reference in case I ever need it the radiator is Yanmar radiator part #171460-44500. 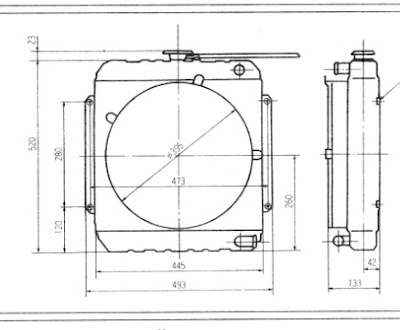 First, I had to get the old one out. In the picture below the generator is in a hush box to the left of Kelly and the generator is mounted on the wall to the right of Kelly. There is not much room in there and I could not reach the two bolts in the back. 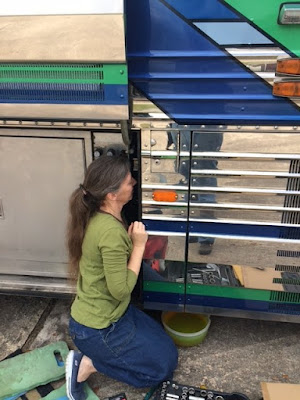 I removed the coolant, the hoses and the two bolts I could get to and Kelly Jo loosened the two bolts in the back. Once it was loose I used all the geometry I could remember from tenth grade and squeezed the radiator through a space too small for it. It had to be angled just right but I got it out! 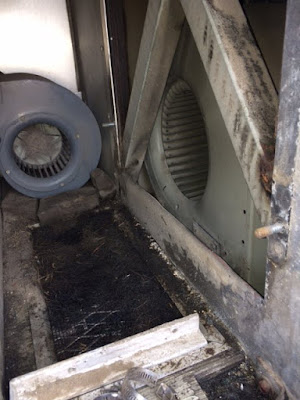 While it was out, there was a lot of cleaning to do. Most of this area had not seen the light of day for over 21 years. 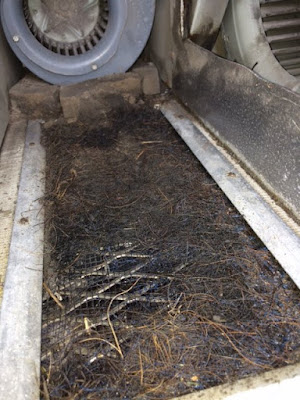 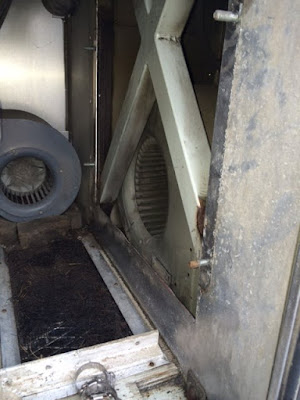 When I took it to the shop the expert radiator guy suggested removing the filler neck from the top of the radiator since it was not reachable anyway. He said, "That is a leak just waiting to happen." 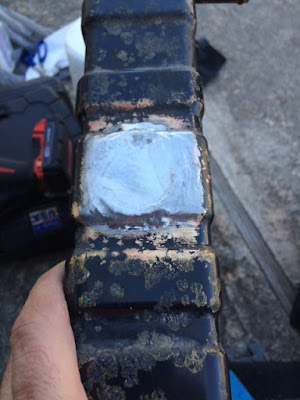 He told me there was no way for him to be absolutely certain but he was 99% sure there was no leak in the radiator and the leak had probably been in the unusable filler neck that he had capped off in the beginning.

There was only one way to find out and that was to reverse geometry and re-install the radiator. 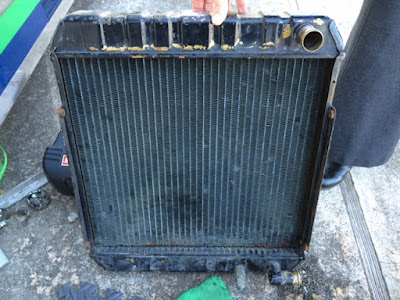 That is what I did. Kelly Jo helped me with the bolts in the back. 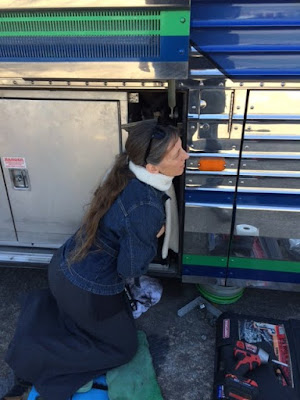 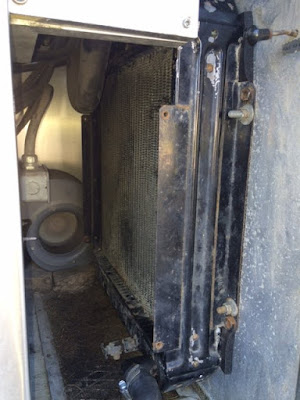 I filled it up and turned it on. It took me a few hours of running to get it full of coolant but it has been running great and cool ever since. I wanted to run it quite a bit before declaring victory. I have probably ran it 40-50 hours since then with no issues and no leaks at all that I can see.

I told you that I am learning more about the BoggsMobile than I ever wanted to know! I appreciate A-1 Radiator Shop in Brazoria, Texas for all of their expertise, guidance and help! I could not have done it without them.

Davy
Posted by Davy, Kelly and Odie Boggs at 3:49 AM