Travel Day With A Couple of Baby Heart Attacks

We had a good night at the Flying J in Tucumcari and we were chasing our shadow across I-40 a few minutes before 8:00 AM. 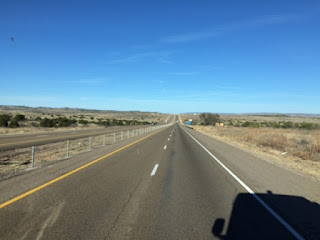 I took this pictures through the windshield about 50 minutes after we started. The clouds and sky were beautiful! 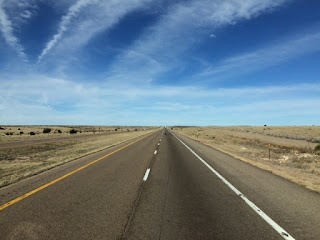 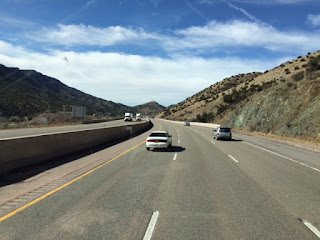 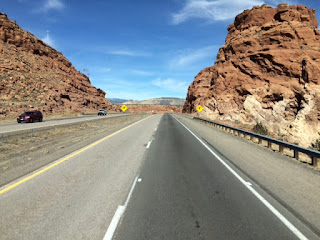 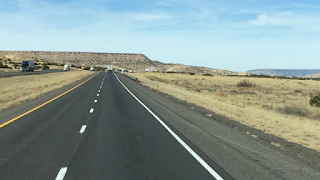 Soon the fun and games were over and it was time to pay the price for all of this beautifulness. 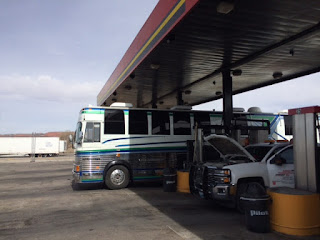 We drove all but 80 miles of this fuel all day Monday and Tuesday morning. You might say it is a pretty steep toll but it is still less than half of what we paid for several years! 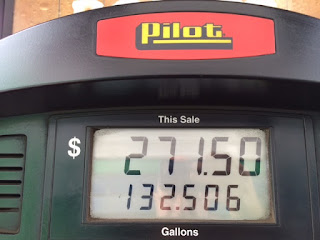 We stopped for fuel at Pilot near Jamestown, New Mexico and about 30 miles later is when the fun and frolic came to a sudden stop! A pick up truck moved over in front of us and then slammed on his brakes.

These pictures are screen grabs from my dash cam so they are even worse than normal. You can see we are coming up on a semi in the right lane and a pick up truck in the left lane. 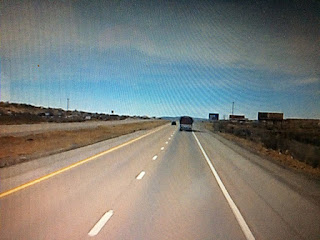 By the time I am up on the semi truck to pass it, the pick up had pulled into the right lane and is now moving back into the left lane. So far so good. 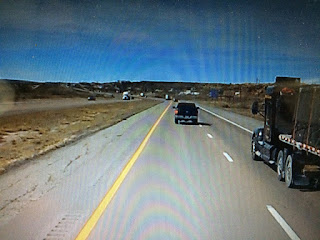 He is driving slower than me when he moves into the left lane and you can see his exhaust in the picture below as he puts his foot in the throttle when he sees me in the mirror. You can also see the policeman on the shoulder in front of him with a truck pulled over. 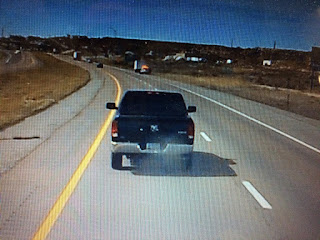 Not much time has elapsed between the picture above when his foot is on the accelerator and the picture below when he puts on his brakes hard! 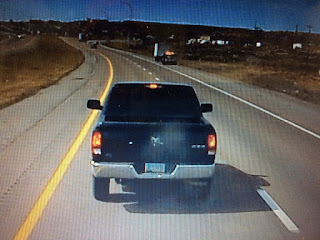 I put my foot on the brake hard and my hand on the horn hard. You can not see in the dash came but the semi truck that I was passing was directly next to me in the right lane and there was no place for me to go. 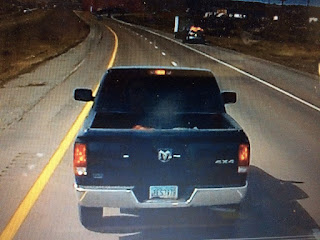 As you can see I was moving to the shoulder although it was very rough and it dropped off several inches a few feet into it. The picture below is just after he let off his brake. He did not speed up or get in the right lane until after he had passed the policeman. 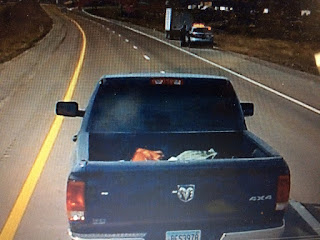 I was probably two feet from eating his bumper and that caused my first baby heart attack. The dash cam GPS said I dropped 23 MPH from the picture where he hit the gas and the picture above. That is pretty good for nearly 50,000 pounds!

Less than six minutes later I was going into my next baby heart attack. I will spare you all of the details and the graphic pictures but a dog was preparing to walk into a semi truck to my left and I was moving into the right lane to give him plenty of room do it. He changed his mind at the last moment and it was the worst decision in his life. 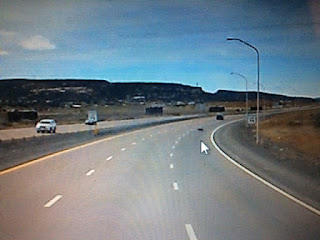 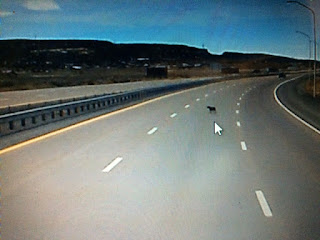 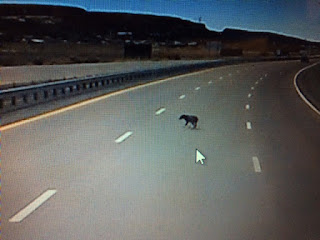 It was a bad decision to cross the road but it was and very bad decision to go back. By the time he made that decision he was nearly on the line about three feet in front where he is in the picture above and I was almost entirely in the right lane. Unfortunately he was a very fast runner but not quite fast enough.

I pulled over immediately and checked the bus and car for damage and gave my heart a chance to catch up. Whew!

He was not doing so good and it broke my heart.

After 541 miles I was done and we stopped at a rest area on I-17 a few miles south of Flagstaff. We have about 102 miles to go to El Mirage but I could not make it without some rest. It was a great place to spend the night. 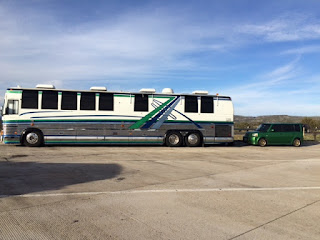 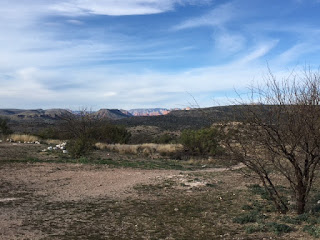 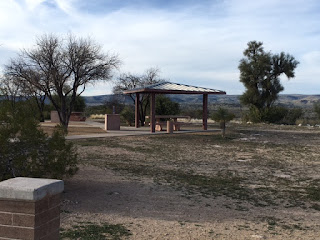 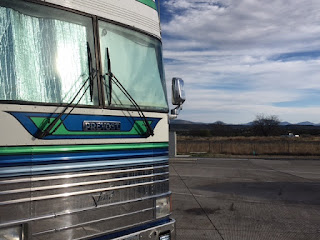 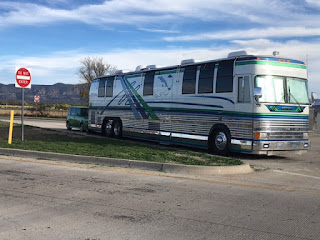 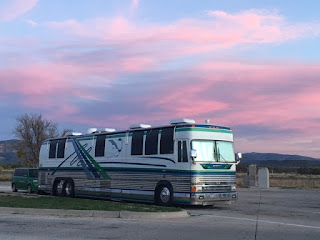 Today we finish the drive to El Mirage and Desert Cove Assembly. We are looking forward to service tonight.

Davy
Posted by Davy, Kelly and Odie Boggs at 7:17 AM