A Day In The Fashion District.

We have spent several days driving and walking in neighborhoods around Los Angeles. I will try to post more about that later. Today's post is about our day with several tens of thousands of our closest friends in downtown LA in what is known as the Fashion District.

We had been to downtown and visited this same area way back in 2010. We arrived early last Saturday and found a cheap ($10) parking spot and soon realized it is the same parking lot we parked in on our first visit over 5 years ago. 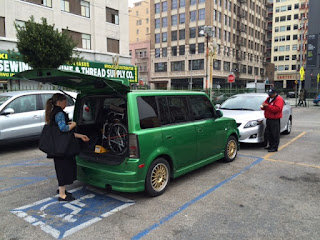 Our first stop was for a 1/4 pound hot dog without the bun. Wow! It was great! 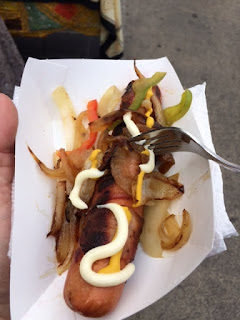 There are street vendors all along the way, some in trucks and some in trailers. One of the main companies is called Jesus Hot Dogs. 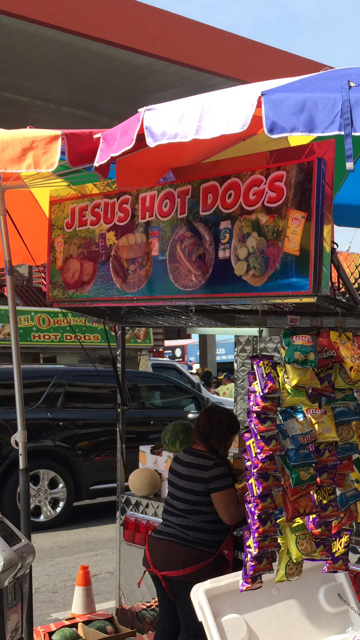 I figure with a name like Jesus Hot Dogs, they are bound to be good for me.


Most of the vendors serve hot dogs and tacos or quesadillas. Some have a menu of several items. Everything we ate was good AND it was not very expensive either. 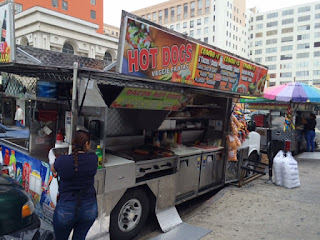 We arrived early so it was not crowded at first. It was not long before you could hardly find a place to walk. I was too busy trying to stand up to get a picture after the crowd came. 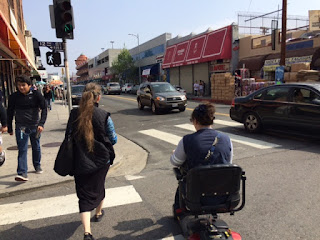 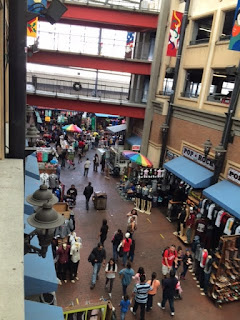 We did find some more food though. 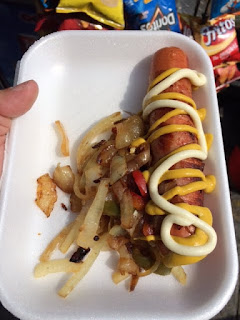 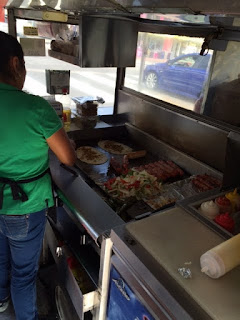 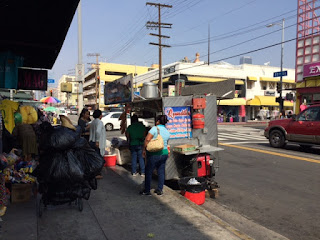 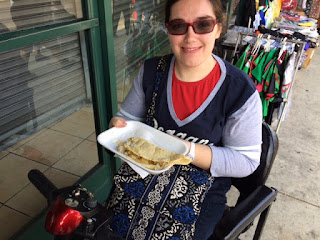 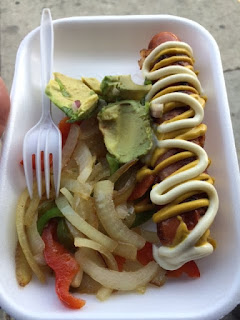 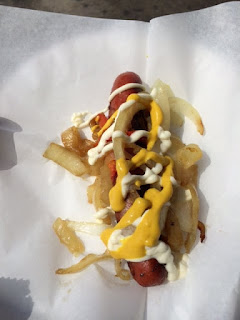 After about 3 1/2 hours, Odie's chair was still showing very good battery although it was not full charged. That did not stop it from going dead as we crossed the street! Oops! I think it is time to shop for new batteries!

We pushed Odie and the chair inside a little courtyard area and asked the taco shop if we could plug the battery in a while. They were very kind to allow us to do so. The battery is sitting on the floor below. 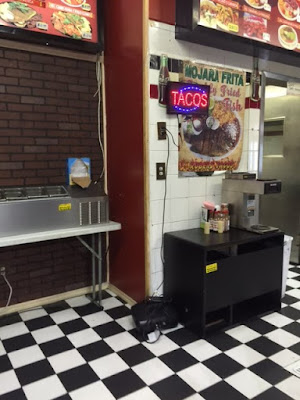 Since they were kind enough to give us some electricity, we bought a few tacos. It was the very least we could do! 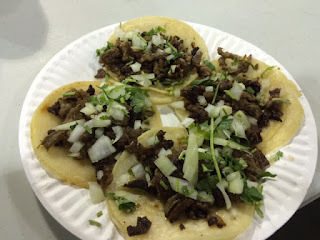 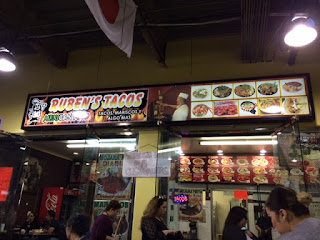 We had planned some other activities but after charging about 40 minutes, we thought it was best to head back to the Green Machine about 1 mile a way. We almost made it! Here I am pushing her the last block. 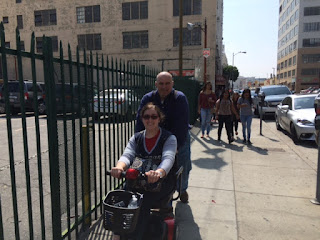 Kelly Jo and Odie both found some great deals on skirts and other clothing items. Odie said she spent about $75 and she had a pile of stuff! I spent my money on food and socks. Always ask for socks and you are never disappointed.

We all wish we had time to go back before we leave the area.

Davy
Posted by Davy, Kelly and Odie Boggs at 2:03 AM