Progress With the Barn Projects

Gunner Burris made a sign for the Lazy OD Ranch! 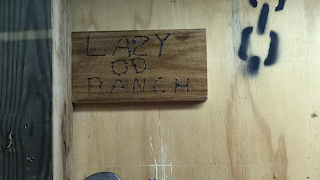 Things are starting to fall into place at the Ranch. The bus barn projects seem like they are multiplying but we are seeing some progress too. I do not suppose it will ever be completely finished but I do think I am getting closer to a stopping point where I can walk a way and not worry about it.

Dad and my brother Steve have done so much to help me adapt the barn to our needs and repair a few things while we are home. We have worked quite a few hours and I have enjoyed our time together. Steve even took a vacation day from work and helped me all day. They have both donated materials they had on hand and loaned tools too.

One of the first things we did was build a work bench in one of the front corners of the barn. Each corner in the front has a storage platform that is about 8'x8'. We built the work bench under one of those platforms. Dad and Steve had some old 4' florescent lights and some spare ballasts. Dad pieced together two of the lights and we hung those over the bench. 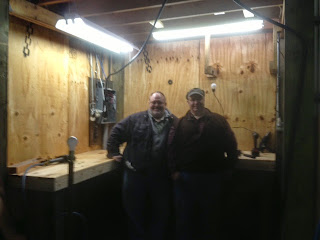 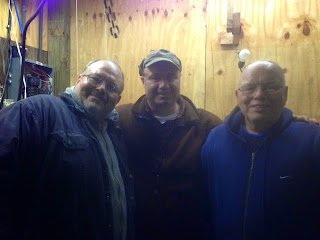 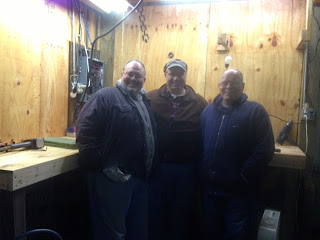 Kelly Jo and I moved most of our boxes and plastic tubs to the platform in the opposite corner. My little wife went up and down the ladder like a mountain goat. 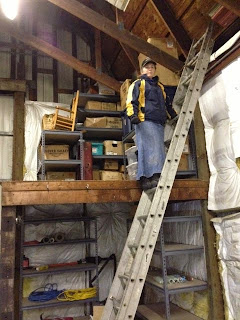 I put shelving units underneath that platform for tools and materials. It will serve as my tool crib. 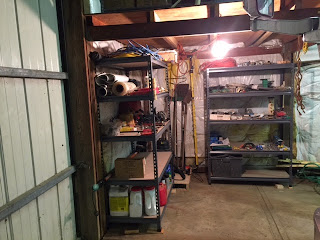 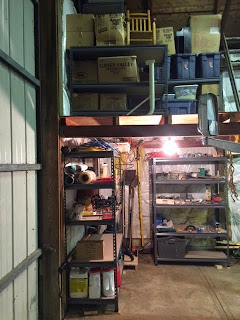 In the two pictures above I am standing right in front of the bus looking east. and the picture below I am standing in the same spot looking west toward the new work bench. 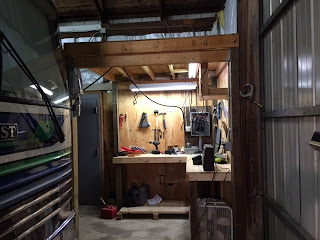 This is a view of the bench from beside the bus. 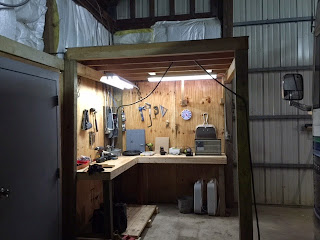 Fortunately we have had some good rain while we have been home. Unfortunately the rain revealed some leaks in the old and often patch shingle roof. 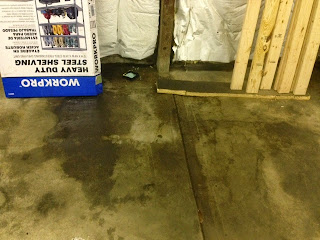 It is leaking in at least four spots but it does not leak in every spot every time. So I may have some more leaks that have not felt like leaking yet. I knew the roof would be one of the first major things to do but I was hoping to put it off a year or two. It will have to be replaced sooner rather than later and I want to replace it with metal. 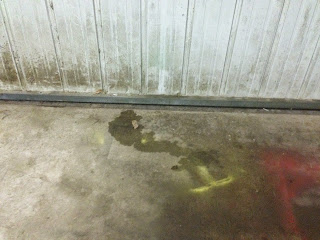 .
Dad and Uncle Jerry brought a load of gravel and we spread it out in front of the barn. There was already a good base there but it was kind of low. The drive is sloped upward from there so the back end of the bus was very low backing into the barn. This should help a lot. 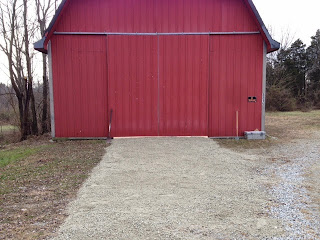 The roof had several limbs touching it on the east side so Dad and I cut them down. I did not take a "before" picture but this looks a whole bunch better than it did. 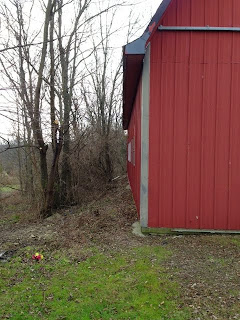 I also trimmed the trees along the drive and we ended up with quite a pile of limbs. 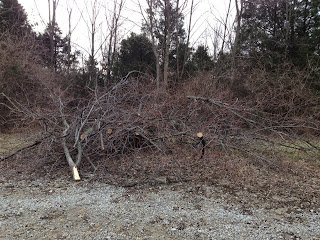 I put a permanent 50 amp plug inside the barn. 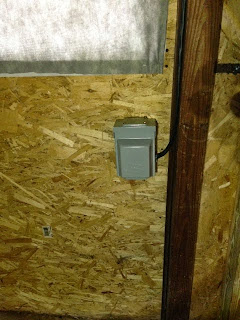 And I put a 50 amp plug outside the barn too. 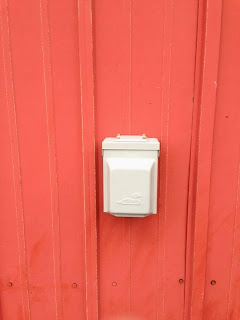 There are four 8' florescent lights on each side of the barn. Three of them on the west side were not working properly. It took us two trips to Home Depot to get the right bulbs but we finally got them going. It is a long way up there. 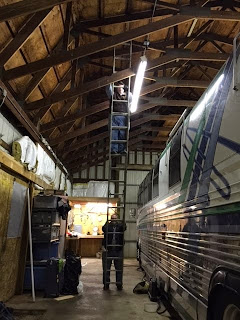 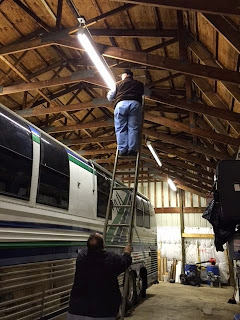 There are a bunch more projects that I neglected to document with pictures but I am guessing you are getting the idea.

Today we plan to join with the Morgan's for Christmas, tomorrow with the Boggs' and then Friday we hit the road by God's grace. I hope you have a very merry Christmas.

Posted by Davy, Kelly and Odie Boggs at 6:36 AM

Email ThisBlogThis!Share to TwitterShare to FacebookShare to Pinterest
Labels: Interesting Pictures, The Ranch