A Tribute To A Friend

The skies opened up in Greenwood, Nebraska Wednesday night and it did rain! As it was pouring down Thursday morning I was wishing I had unloaded the sound equipment from the Green Machine after church Wednesday night and then hooked it up to the BoggsMobile. I was hating to roll out of my warm bed and get everything ready to roll in the rain.

So I waited. The radar was saying rain for hours but I got a break about 8:15 and I jumped to it. We pulled out at 9:00 just as the rain was starting again. That worked out nice.

I left quite a bit later than I had planned so I felt like I was behind all day. Especially since I was driving against strong winds out of the northeast for the first 4-5 hours. I guarantee you my fuel mileage took a hit today in all that wind.

Once the wind let up the BoggsMobile was running like a scalded dog. I guess I was pushing it pretty hard against the wind and without the extra resistance it was ready to fly. We drove through some absolutely beautiful country today. We really love the rolling farm land in Nebraska and Iowa. The winters are brutal but is sure is pretty. The farms flattened out in Illinois but also breathtaking in beauty this time of year.

A little over 300 miles into the trip Thursday we stopped again at the World's Largest Truck Stop on I-80 in the eastern part of Iowa. We stopped here before in 2011 and we thought it was time for another visit. We absolutely love this place! It may be an indication that we spend too much time on the road but we feel perfectly at home walking around a big store in a truck stop. We are usually wishing we had more time and that is how we felt today. We only had a little time for shopping and a few pictures. 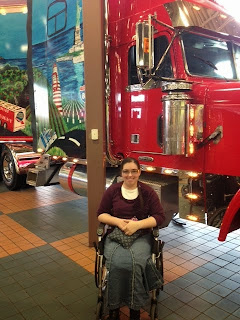 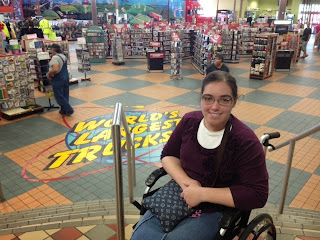 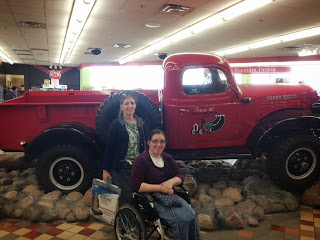 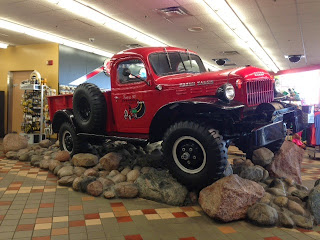 In 2011 we parked out by the trucks but Thursday we parked in the front with the other RVs. The BoggsMobile was right at home. 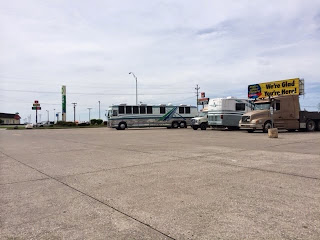 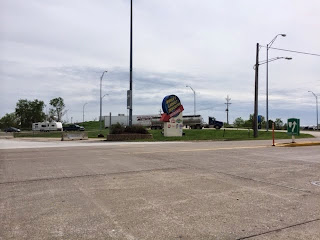 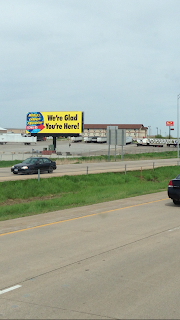 We did buy a few things we needed and then we treated ourselves to something really special. Odie and I ordered medium Blizzards from Dairy Queen in the food court and KJ had some kind of Smoothie. It has been a very long time since we have had a Blizzard. It was sooooooo good!


Of course the biggest purchase at the World's Largest Truck Stop was for the BoggsMobile. 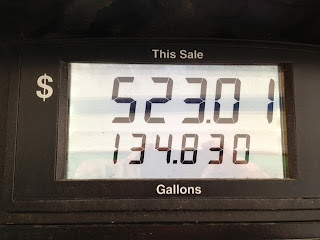 We finished the day in Champaign, Illinois at the WalMart Supercenter. We are parked among the trucks and RVs in a well lit corner of the the parking lot. We just happen to be two buildings down from Hometown Buffet and we drifted over there after we arrived. The we walked nearly a mile one way to Lowe's to pick up a few things we needed before we begin tent revivals.

The walk back to the BoggsMobile was beautiful. 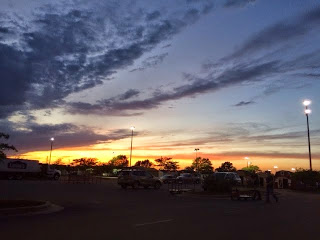 Today we plan to pick up the tent trailer near Indianapolis and then go on down to Springville, Indiana. Once we are parked there we will start the process of preparing for the tent set up on Saturday. We are excited about that. I think we are only about 130 miles from the trailer and then 75-80 miles to Springville if I remember correctly.

Davy
Posted by Davy, Kelly and Odie Boggs at 6:59 AM