Last night was the third night of online revival and we are having the time of our lives. God is moving and folks are responding. We are very encouraged by the outpouring of positive response. Thank you for listening and watching. God is blessing us with revival.

We plan to have church each night this week and next week at 8:00 PM by God's grace. We have not decided what we will do on Sunday evening. I do not want to step in the way of local churches so I am talking to Pastors to get a feel for what they are doing Sunday night.

Mosgiel, New Zealand, F.W. Boreham
Today I have some pictures of a very special day during our recent trip.

One of my favorite Christian writers is Frank W. Boreham. He was raised in England and Pastored churches in Mosgiel, New Zealand, Hobart, Tasmania and Melbourne, Australia. He did not really write sermon books but books of essays.

I bought my first F.W. Boreham book in October 1990 with Pastor Kenneth Rowe in Ft. Worth, Texas area. I do not remember which book it was, but it was highly recommended by Bro. Rowe. However, Boreham failed to capture my attention that first round.

I remember the spring of 1995 telling Bro JR Alexander that I did not particularly understand the fascination with Boreham. He said to start reading Boreham's "Bunch of Everlastings". I had that title in my collection so I took it to work with me the next day.

I was working on the assembly line in Moraine and work was slow that day because of a breakdown or parts shortage. I had quite of free time between trucks and I ended up reading the whole book. I read that first book and I was hooked.

I then read the next four books in the same line of books as Bunch of Everlastings; A Handful of Stars, A Casket of Cameos, A Faggot of Torches and A Temple of Topaz. These five books originated from 125 sermons that Boreham preached on Sunday nights about verses in the Bible that became life texts to famous people, Texts that made history.

I have been reading everything by F.W. Boreham since that day and loving every minute of it. I have read more of his books than I own, but will own more at some point. F.W. Boreham has preached to me through his essays and been food to my soul at critical times.

When I knew we would be in Dunedin, New Zealand one day, I began to make plans to visit the first church that F.W. Boreham pastored beginning as a young man in 1895.

We purchase a shuttle ticket that took us from the port to the town of Dunedin. In Dunedin, we walked a few blocks to the Bus Stop and caught the bus to Mosgiel. We told the driver where we were going and he recognized the address. He dropped us at a bus stop maybe 100 yards from the church. 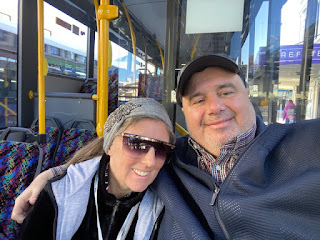 I knew that the church had officially closed about 15 years ago, but on Google maps, it still looked like a church. 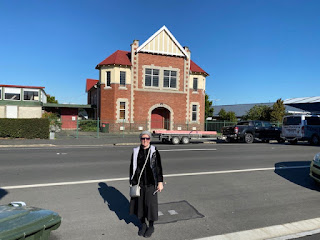 It was pretty obvious the sanctuary was not being used much if any, but the rest of the building was being used, kept up and had a sign in the window. It was the annex unit of an early childhood development center and daycare in the neighborhood. There was a fence around the whole property.

I had planned to walk up to the door and knock, but a daycare center made me pause. The last thing in the world I want to do is cause a panic by a large and scary foreigner walking into a daycare center unannounced and completely unknown to anyone there.

We watched a lady go through the gate and to the door and then we took a deep breath and went to the door. We were 8760 miles from home as a crowbar flies (If you could throw a crowbar that far) and that was too far to back out.

We introduced ourselves to the lady in charge and told her why we were there. There were renting the building. She told me the sanctuary could not be used because it was not earthquake-proof. They used it only for storage. She was completely gracious and welcomed us to look through the sanctuary as long as we liked. God bless her.

The pews had been removed and the Bible Stand was in a side room. The ceiling had been lowered (Quite atrociously, I might add) and the balcony was closed off from the sanctuary. There were boxes and stuff everywhere, but I loved being where Boreham spent the first 11+ years of his ministry. 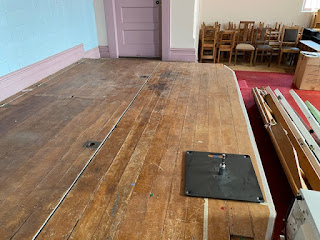 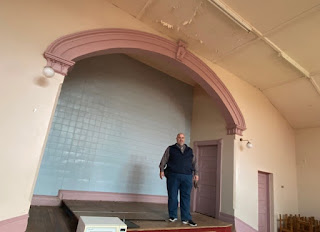 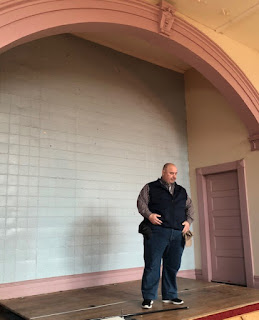 The stairs to the balcony. 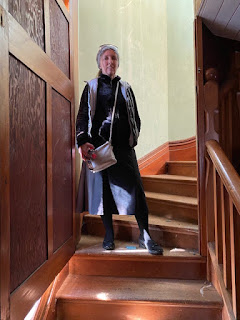 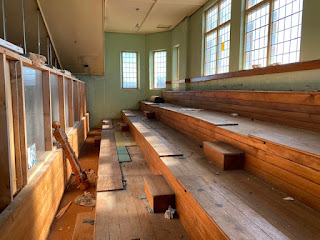 And this was the gem I was looking for. 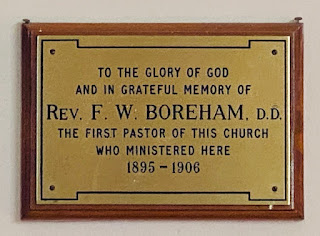 The inside of the sanctuary main entrance doors. 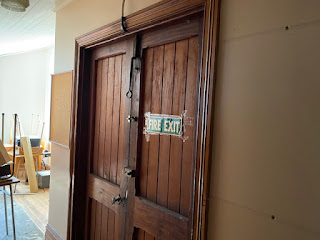 The wall between the entranceway and the sanctuary. 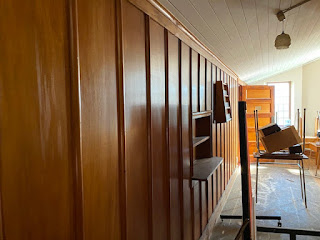 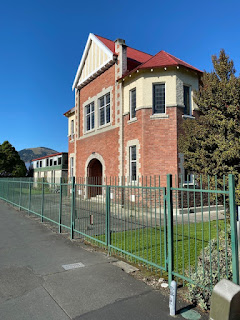 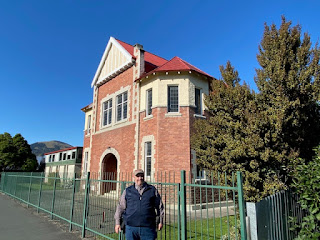 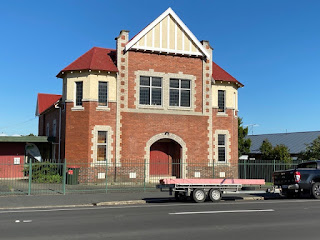 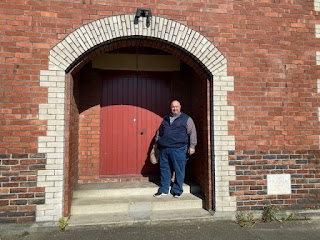 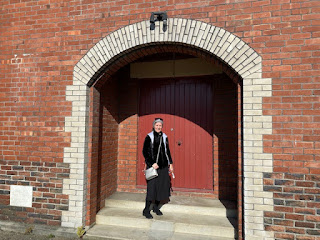 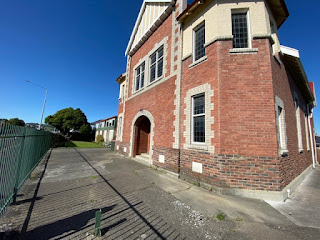 That was certainly a highlight or our trip and we loved seeing the first place that F.W. Boreham pastored. Maybe I will make it back again someday to see the other two places, but if not, I am happy to have seen what I did.

Thank you for stopping in to visit a while. Next week I will try to post a few more pictures from our trip.