That was a fast circle.

We left Vonore, Tennessee at 6:45 AM Sunday morning and the Green Machine parked in front of the bus again at 7:43 AM Monday morning. In 25 hours I drove 660 miles, visited with my parents and family for nearly 5 hours, drank some salsa at Acapulco, unloaded the tent and took care of a few other tasks in the barn, laid down on Odie's couch for a cat nap and even got a hug from Jo Jo. 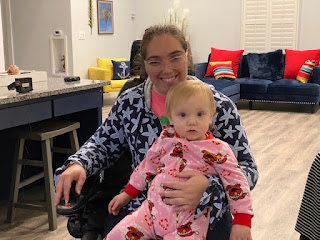 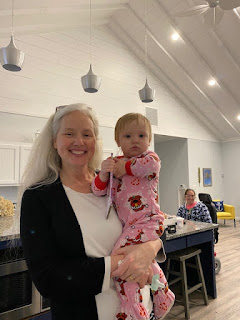 Yep, that was a fast circle and a very satisfying trip. The purpose of leaving the south two days early and going to Ohio was to see Mom and Dad after Mom's surgery and all the rest was a bonus. It was a good journey. I appreciate Bro. Donnie Williamson and his church in Alabama for graciously allowing us to do it.

Speaking of salsa, it was very, very good to lap up some salsa at Acapulco in Lebanon, Ohio. Wow! Super delicious! 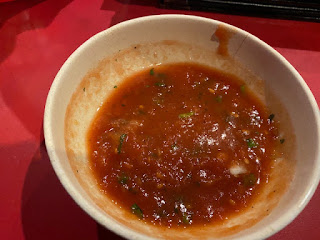 However, I have a confession to make. But first, a little background. Confessions are always more interesting with some background.

KJo and I have a love of Mexican food that goes back a long way. Like most long term loves, things have evolved over the years. My first memory of Mexican food is my Mother making tacos for supper. It was ground beef with taco seasoning in hard shells with shredded cheese and maybe sour cream and other toppings available. Tacos were always a treat at home.

Before Kelly and I were married, we would go to Taco Bell on Saturday night after church when we could afford it. We could probably both eat at Taco Bell for under $3, but the old VW was always needing gas. At .90 cents a gallon, we often used our Taco Bell money for gasoline.😉

In 1990, we were introduced to a plethora of Mexican food in Oklahoma and Texas. We immediately fell in love. There was Pancho's Mexican Buffet and then Chelino's in OKC and we have eaten at both those restaurants at various locations ever since.

All of that was pretty much TexMex. We still love TexMex style and most Mexican we eat would fall into that category, but we slowly developed a love for even more authentic Mexican style food. We are head over heels in love with Chelino's and a dozen others, but we also really love local Taquaria's, Burrito shops and Taco trucks. Wow! Yummy for my tummy.

In the process of time, we became disinclined to eat much in Mexican restaurants east of the Mississippi. Time after time after time, it just was not that good and we became convinced that was the rule rather than the exception.

Then 12 years ago Acapulco opened in Lebanon, Ohio and about two months later, Pastor Bill Lamb and his wife took us there one Sunday. The food was good, but the salsa was great, Super Duper Great! I was in shock and in love!

Of course, you know I love salsa from Acapulco better than any salsa anywhere I have ever been. I may love Burritos in Phoenix, Tacos and Wet Burritos in Fresno and Tacos at Taco trucks in Oklahoma, Kansas, Colorado, Texas, Arizona and California, but the salsa at Acapulco in Lebanon is my favorite, hands down!

Every ounce of salsa I eat anywhere is compared to salsa at Acapulco. I can not help it. I have eaten good salsa, but none of it even comes close, honestly.

Here is the confession. I have never found any salsa that I could speak of in the same breath as Acapulco salsa. That is until KJo and I went to Cielito Lindo Mexican Grill in Vonore, Tennessee on Saturday. Yes, east of the Mississippi again. 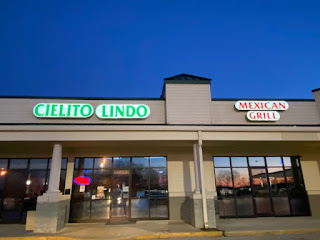 The food was good. It has room for improvement. I am sure it will take me a few visits, maybe several visits, to narrow in on their best dish.

It was the salsa that got my attention. Wow! Without any question at all, it is the best salsa I have ever eaten besides Acapulco. It has chunks of onion and cilantro and is flavored wonderfully. 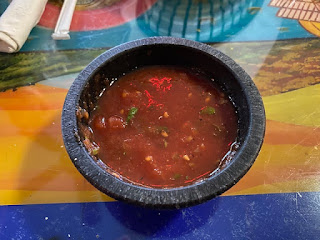 It is not quite Acapulco, but it is light years ahead of whatever salsa might come in third place. Wow Again! Seeing as how I seem to spend almost as much time at Jeff's shop in Tennessee as I do in Ohio, discovering terrific salsa 1.7 miles down the road is a major positive development. I am a blessed man!

I had another bowl or four yesterday evening. 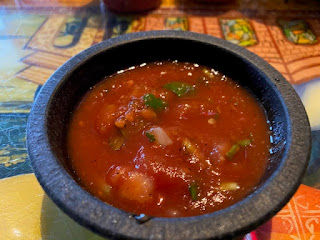 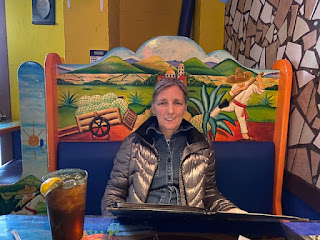 Wednesday is usually Vintage View Vednesday around her, but I am dispensing with "the normal" tomorrow. In the morning, I will try to take some time to introduce you to the trip that KJo and I are commencing later in the day.

Thank you for stopping in today. Be sure and tune in next time.