The weekend post was preempted yesterday with this post. I appreciate all of the positive feedback. Now to the weekend.

Our weekend began Thursday morning when we left Bernice, Louisiana. It was raining all night and was forecast to rain all day. I needed a few minutes reprieve from the rain so that I could open up the electric panel outside of the church and unhook from the breaker.

We had a short space of no rain and I took advantage of it. Soon, we were on the road. We had about an hour's drive on I-20, but the rest of the day was mostly state and US highways cutting down from Shreveport to Houston. Thankfully the rain ceased after a few hours! Yay!

We stopped at a Flying J in New Caney, Texas to empty the holding tanks. With that task completed, we then paid close attention on Google maps to the traffic in Houston. It was saying nearly three hours across Houston so we decided to park a few hours in the wide open RV parking at Flying J.

About 8:30 we fired up and headed south through town without a single slowdown. 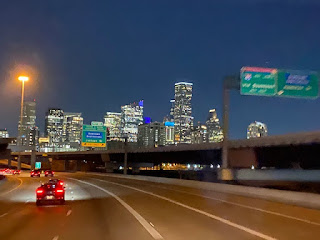 We stopped for fuel as planned at the Love's in Angleton, Texas which is where we get off 288 to go to Sweeny. The diesel islands were wide open and much to our surprise, there were three pull through spots available for parking and probably 8-10 back in spots.

Open spots that late in the evening at a truck stop are almost unheard of, but Hwy 288 is not an interstate and even though Houston is close, it is not going toward another major city. We were less than one hour from Sweeny, but with parking spots available, we figured 370 miles were enough.

The next morning I went out to get the car ready to go and took a picture out its window of the dirty bus. 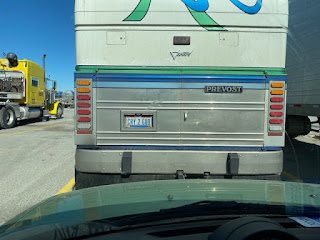 About 50 minutes later we were pulling into the church at Sweeny and KJo was backing into place. 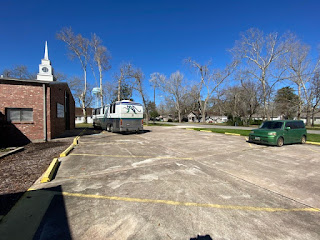 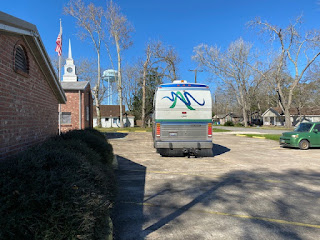 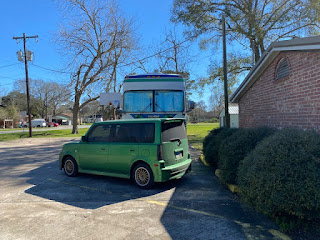 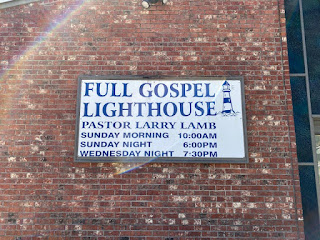 After we were settled in, we drove to Lake Jackson for supper and then down to Surfside Beach to see the water. It was a beautiful evening. Sweeny is not very far from the water, but it has been years since we visited the Gulf while here. It was about time. 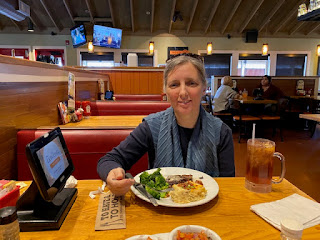 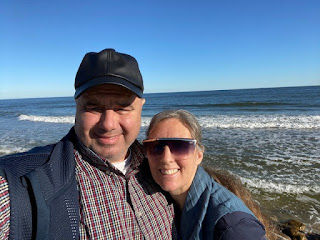 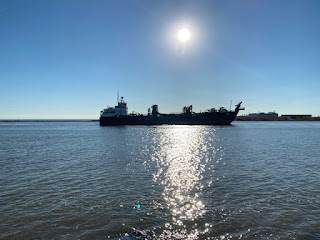 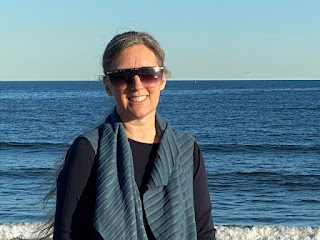 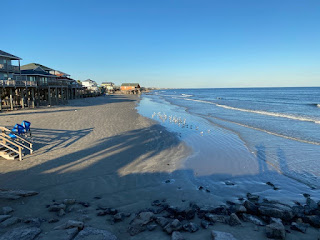 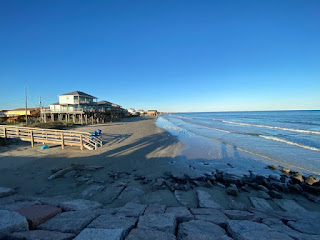 Saturday I had the annual Boggs Family Ministries board meeting by conference call at 11:00. I do not say much about them, but I appreciate Bro. John Eaton and Bro. Kurt McCrorey serving on our board.

Then we spent the whole afternoon carrying in sound equipment and working on soundcheck. It was a great evening. After supper with Bro. Lamb, KJo went to the airport to pick up Odie. We have no pictures to show that she was picked up so she is probably not with us at all.

Sunday was a great day with two wonderful services of revival. We are looking forward to five more! We have a few pictures from Sunday, but we will have many more later in the week. 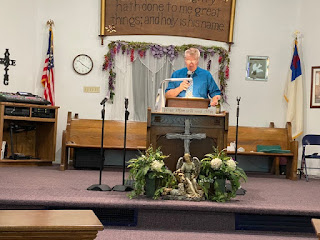 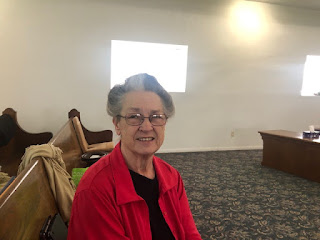 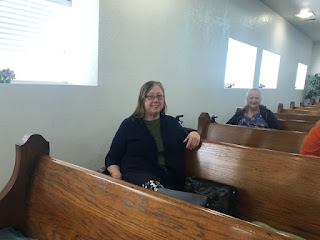 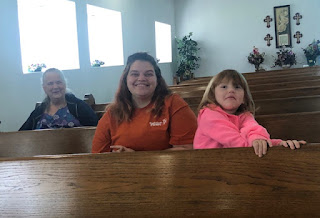 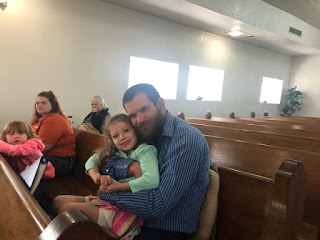 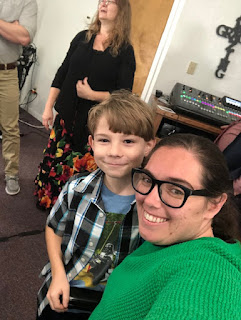 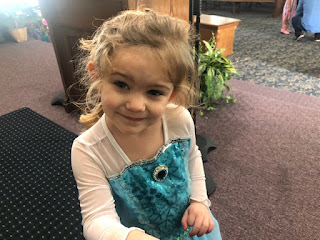 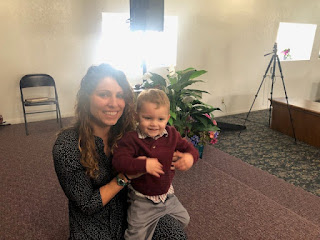 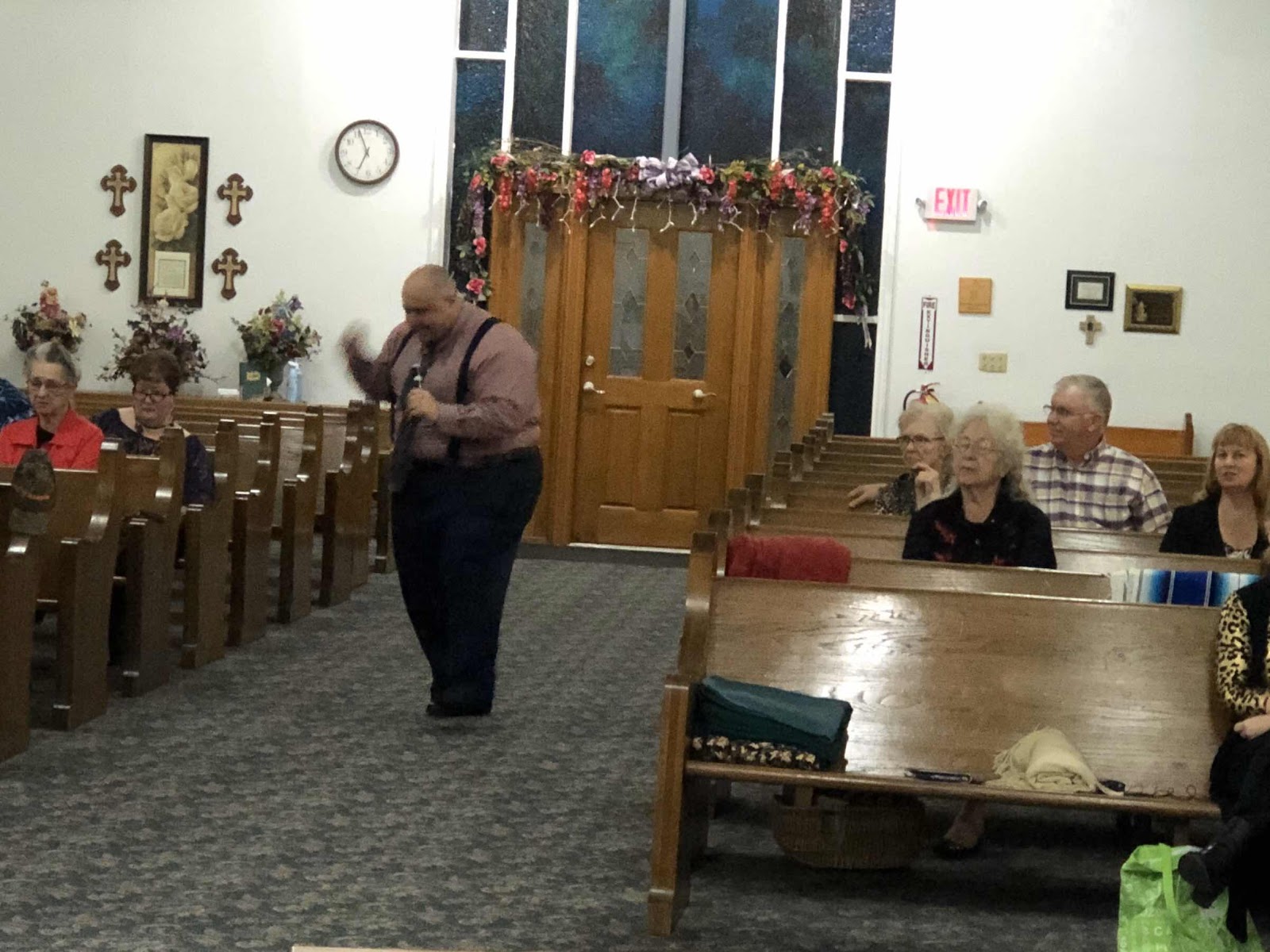 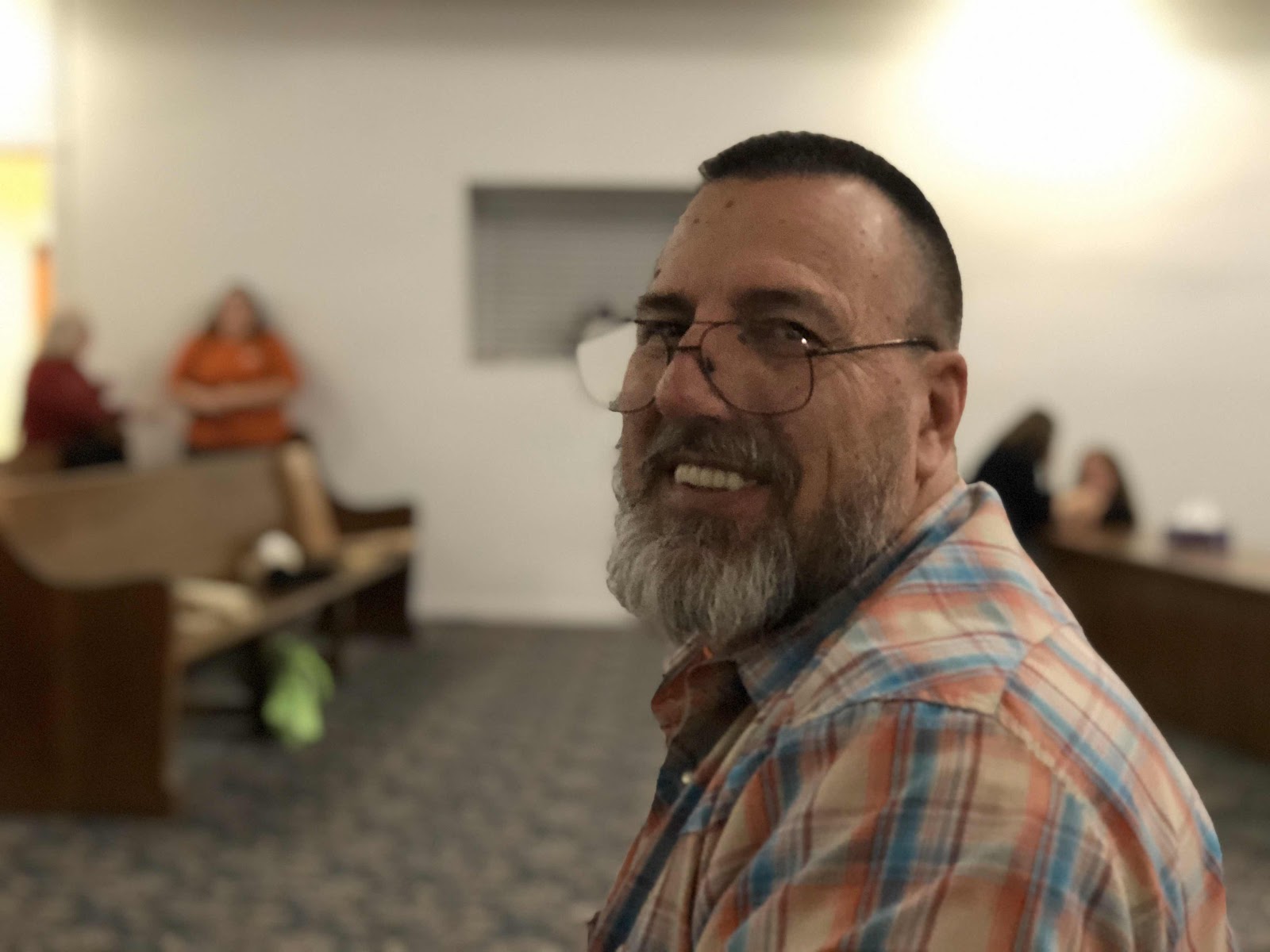 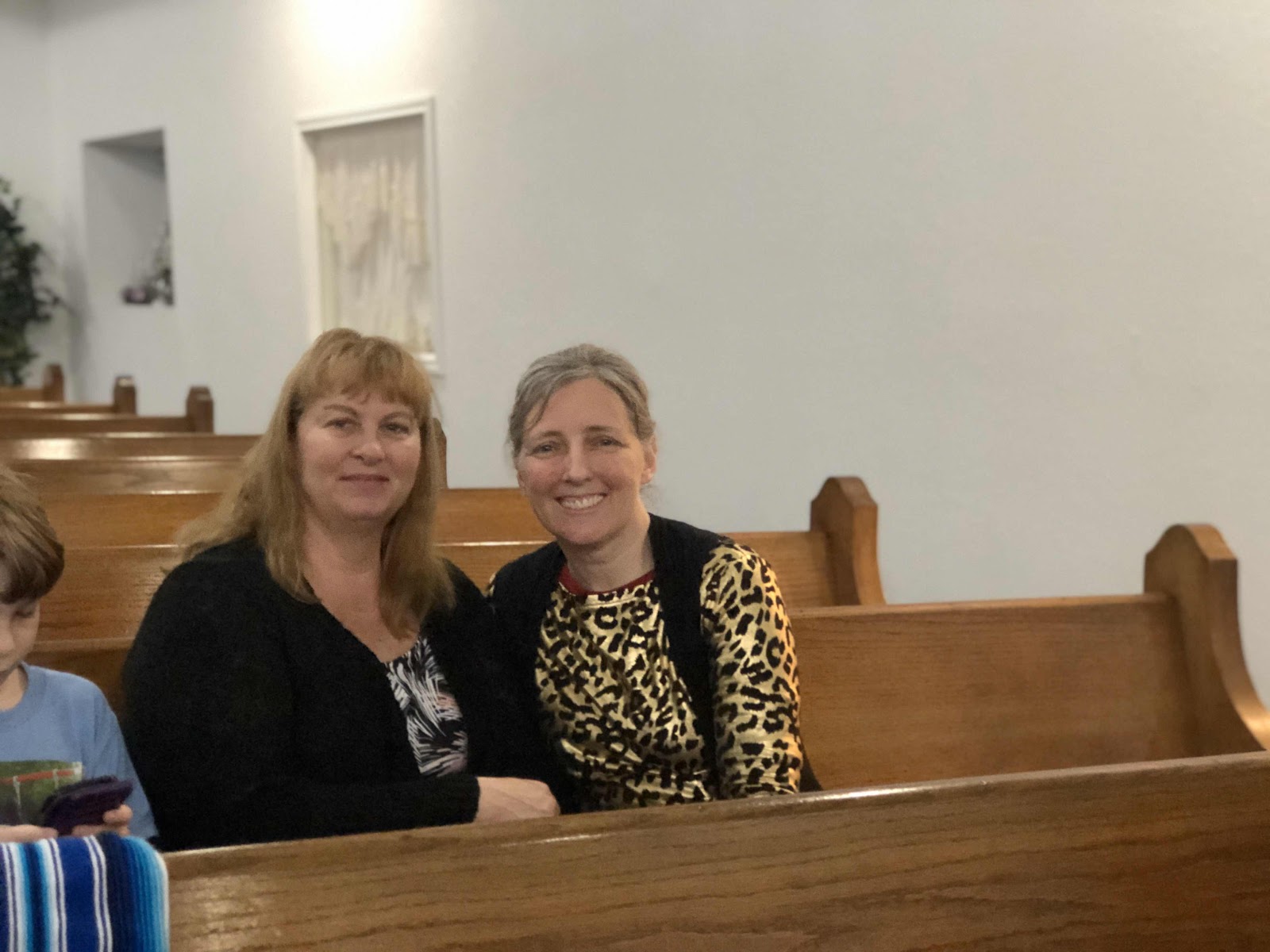 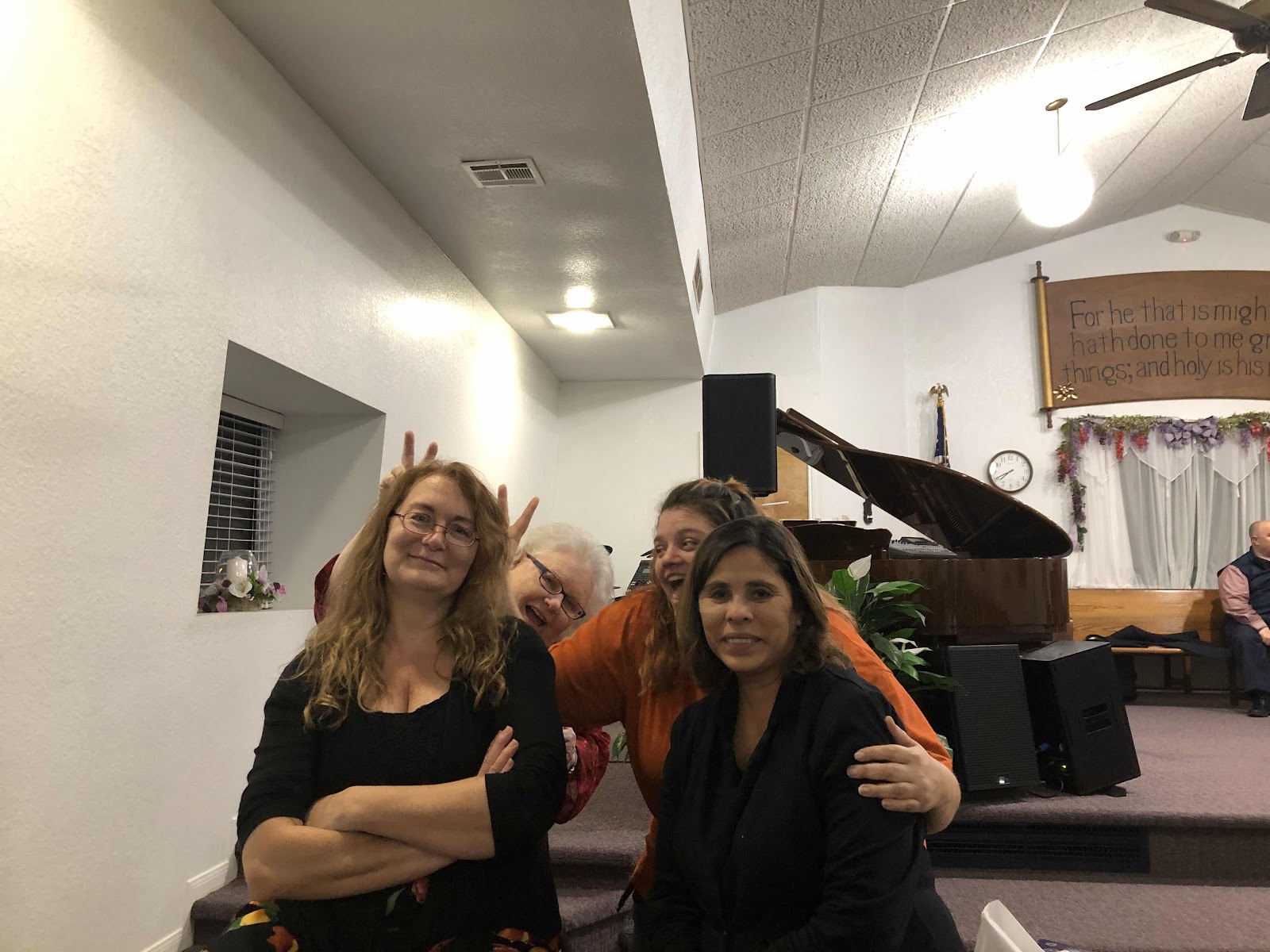 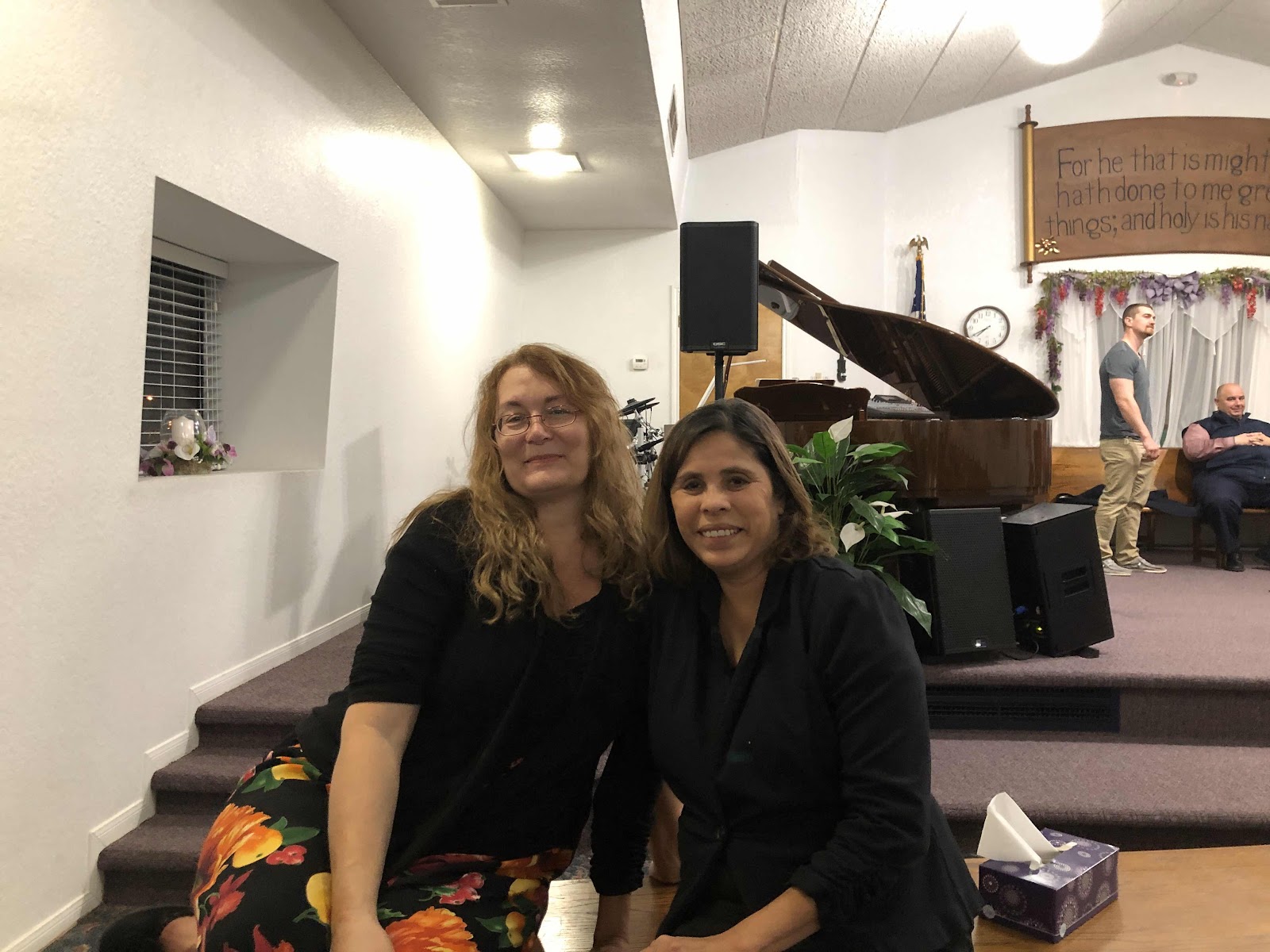 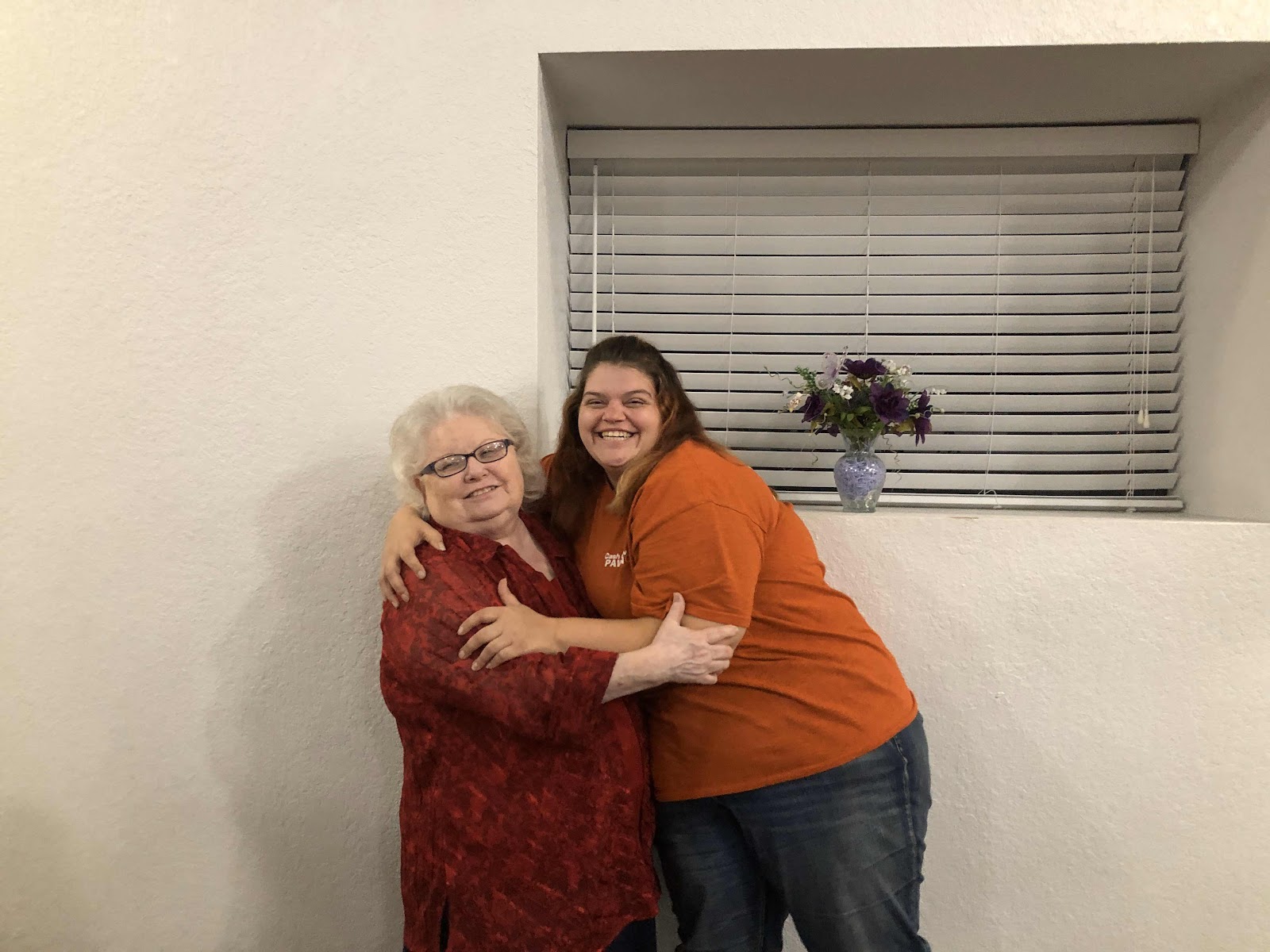 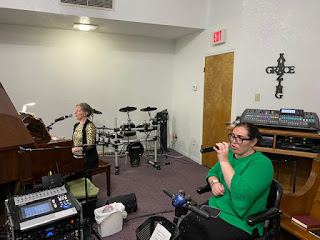 That is what was going on this weekend. Thank you for stopping by.

Posted by Davy, Kelly and Odie Boggs at 6:12 AM