Our weekend felt like it began when revival was over at Dryden Rd. Tuesday night after midnight. That means we had a long weekend.😀 Let me warn you right now, most of the weekend report consists of traveling and sickness and not much else.😩

After I finished preaching Tuesday night, I felt some serious sickness coming on. The first symptom was aching in every joint and a few places where I did not know I had joints. By the time we climbed into bed very late Tuesday night, I was feverish.

A fever is never good for me, especially at night. I hallucinated/crazy-dreamed all night long. I would wake up, shake my head and go right back to hallucinating again. Tuesday night it was all about alphabetizing contacts in phones of people that were calling me. Ugh!

Wednesday I was pretty much good for nothing, but we needed to get some work done in order to leave the next day. Steve sent three of my nephews to load the tent bags into the Green Machine and then Steve and Karen helped us get a few other things done. I needed the help.

Thursday morning I had to make a trip to the license bureau in Centerville to get license plates renewed for a few things and to also apply for a Driver's license renewal. After that was completed, Dad helped me do the rest of my work before rolling the bus.

We left sometime after 12:00 PM and drove 100 miles to the Speedco in Pendleton, Kentucky for an oil change in the BoggsMobile. We drove right in and an hour and 45 minutes later the car was hooked up and we were rolling again. 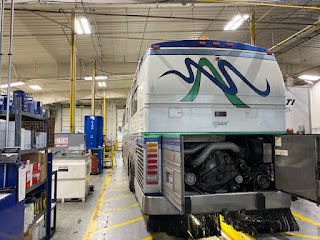 I had thought I felt better early Thursday, but by the time we had driven about 100 more miles, I knew I was done for the day. We only traveled 215 miles in almost 6 hours including downtime for the oil change. We spent the night at the rest area near Horse Cave, Kentucky.

Thursday night was another horrible sick night for me, minus the hallucinations and KJo was struggling too. We made it, but barely.

Thursday we drove about 8 hours in the rain and only traveled 415 miles, stopping for fuel in McCalla, Alabama. At least we did make it into the edge of Mississippi, stopping for the night at the Welcome Center near Toomsuba, Mississippi. 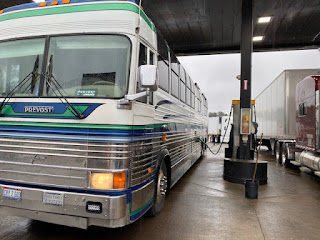 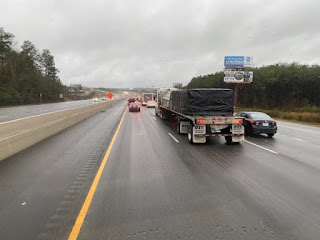 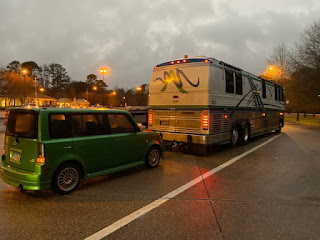 Saturday morning was a welcome sight, because Friday night was another struggle with sickness. We were rolling before 5:00 AM and we were pulling into First Assembly in Richton, Mississippi at 6:30.

Bro. Scott Morris helped me move the new tent pieces from the car into the tent trailer. Who am I kidding? Bro. Scott did most of the work. Praise God for friends.

While Bro. Scott and I were standing there, I felt my temperature rising and I was chilling again. Wow! I laid down on the couch to rest a bit before driving on, but the hallucinations were back. This time I had measured four different types of coughs and I was trying to analyze how long I could sleep before coughing again with each type of cough. You are weird, Davy.

We pulled in to Forts Lake Assembly only a few minutes before noon Saturday to complete 184 miles for the day and 822 miles for the trip.

KJo helped me get the car unhooked, our 50 amp pigtail wired into the panel, a new end put on my long cord and then hook everything up. We were both moving slow, but working together, we got it. She is a good kid and as handy as a pocket on a shirt.

Saturday night was restless again and KJo was very sick Sunday morning. Odie and I walked over to the parsonage for some of Sis. Ruthie Cauley's great cooking Sunday afternoon, but Kelly felt too sick to go. We did take her a plate home though.

Sunday night we all went to Revival and The Lord blessed us with a tremendous service! Praise God for His help for the people of Forts Lake Church and for helping us too. It was a great night.

Our cell phone signal is poor late Sunday night as I am trying to post this. I do not know if I can get pictures up at all. 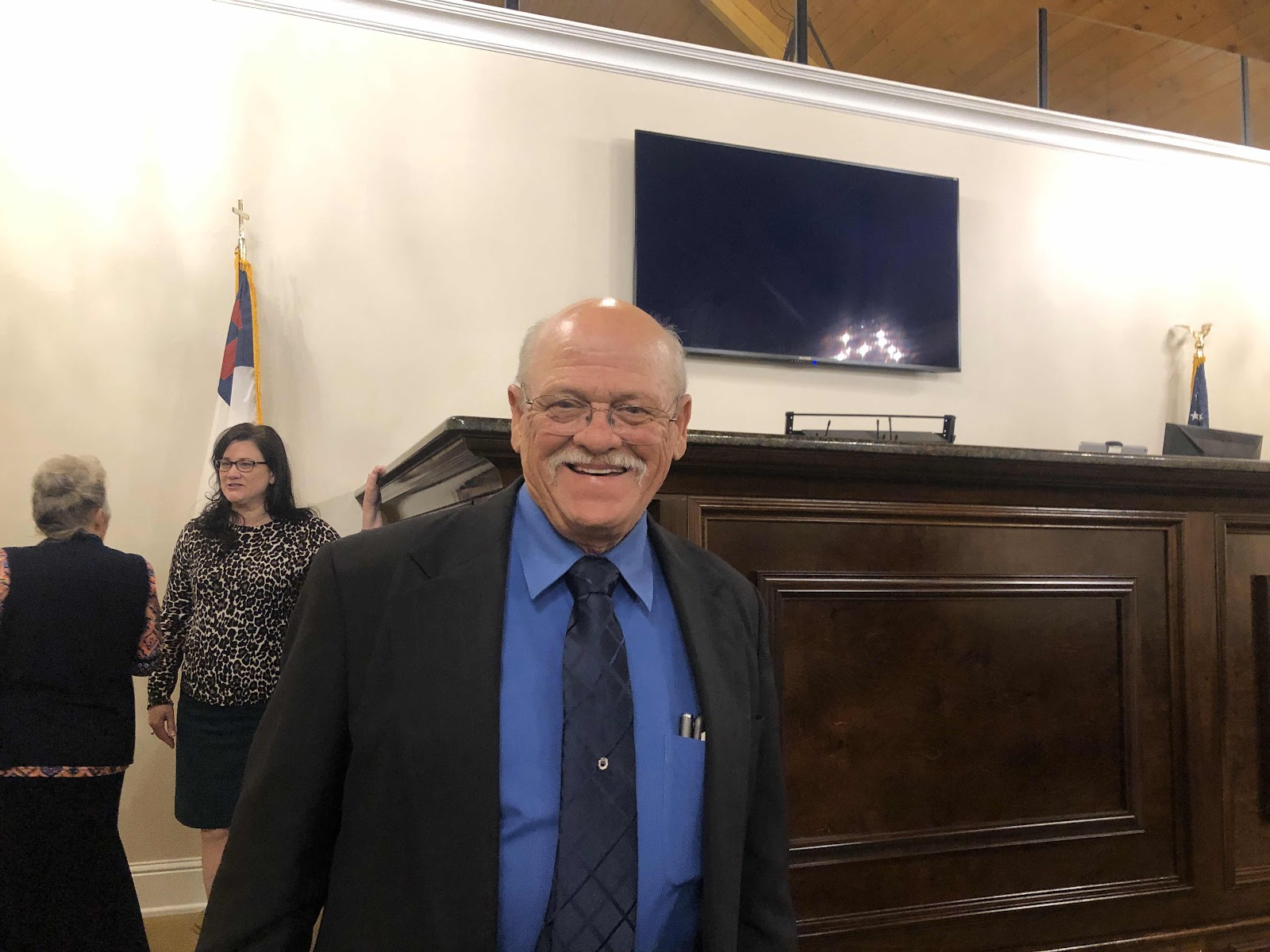 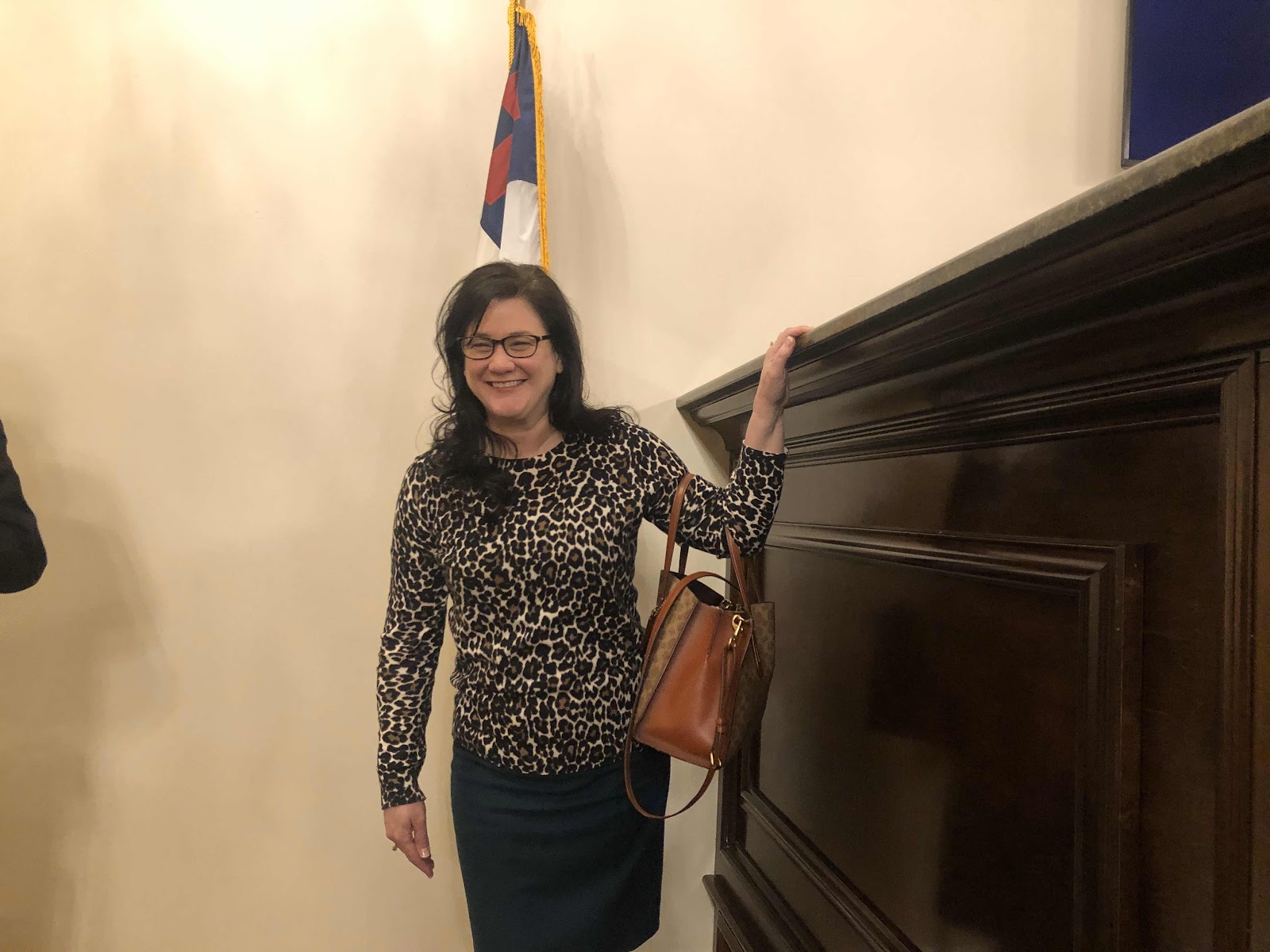 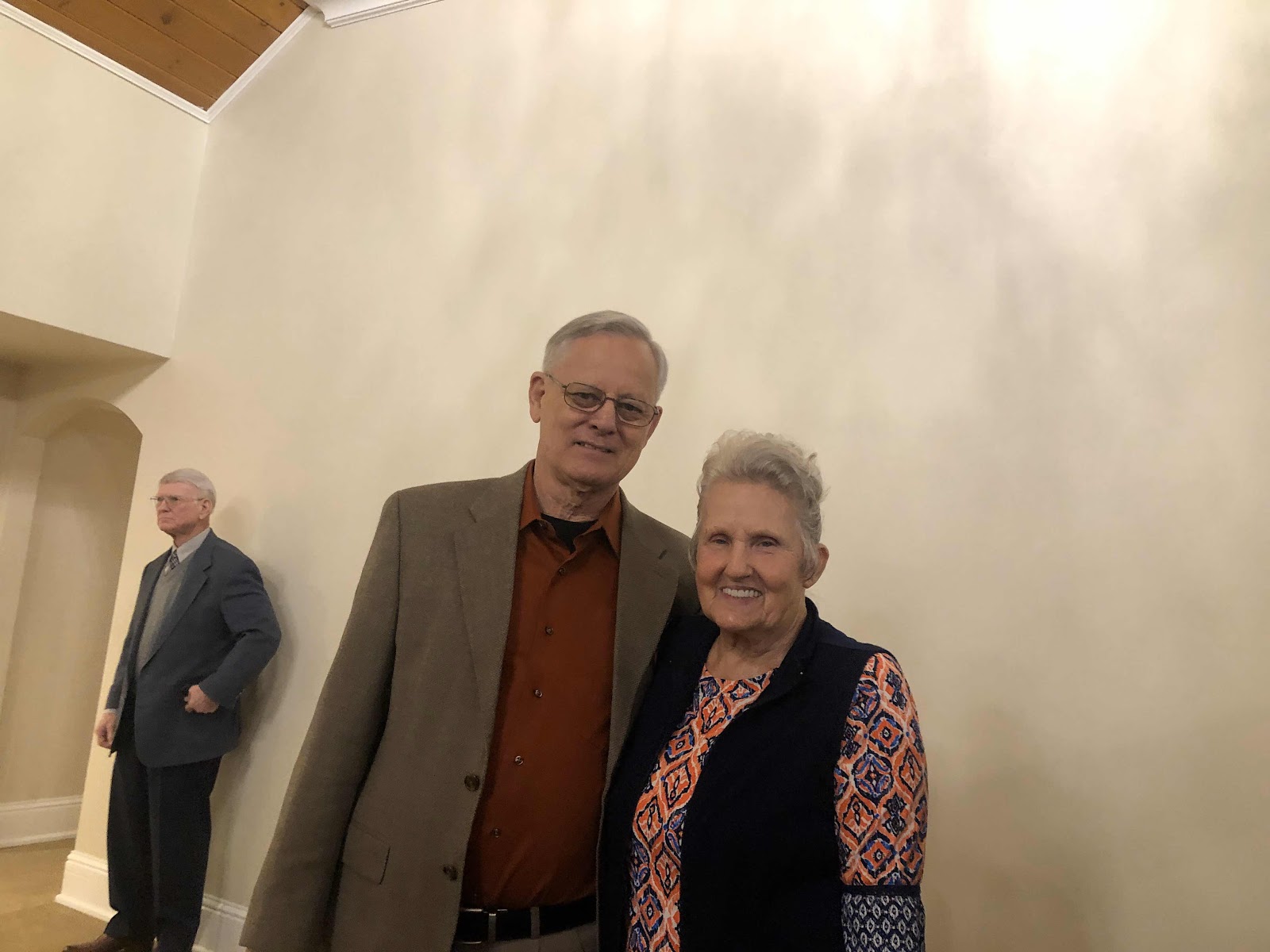 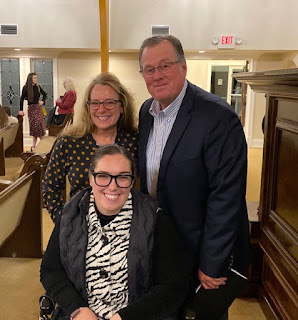 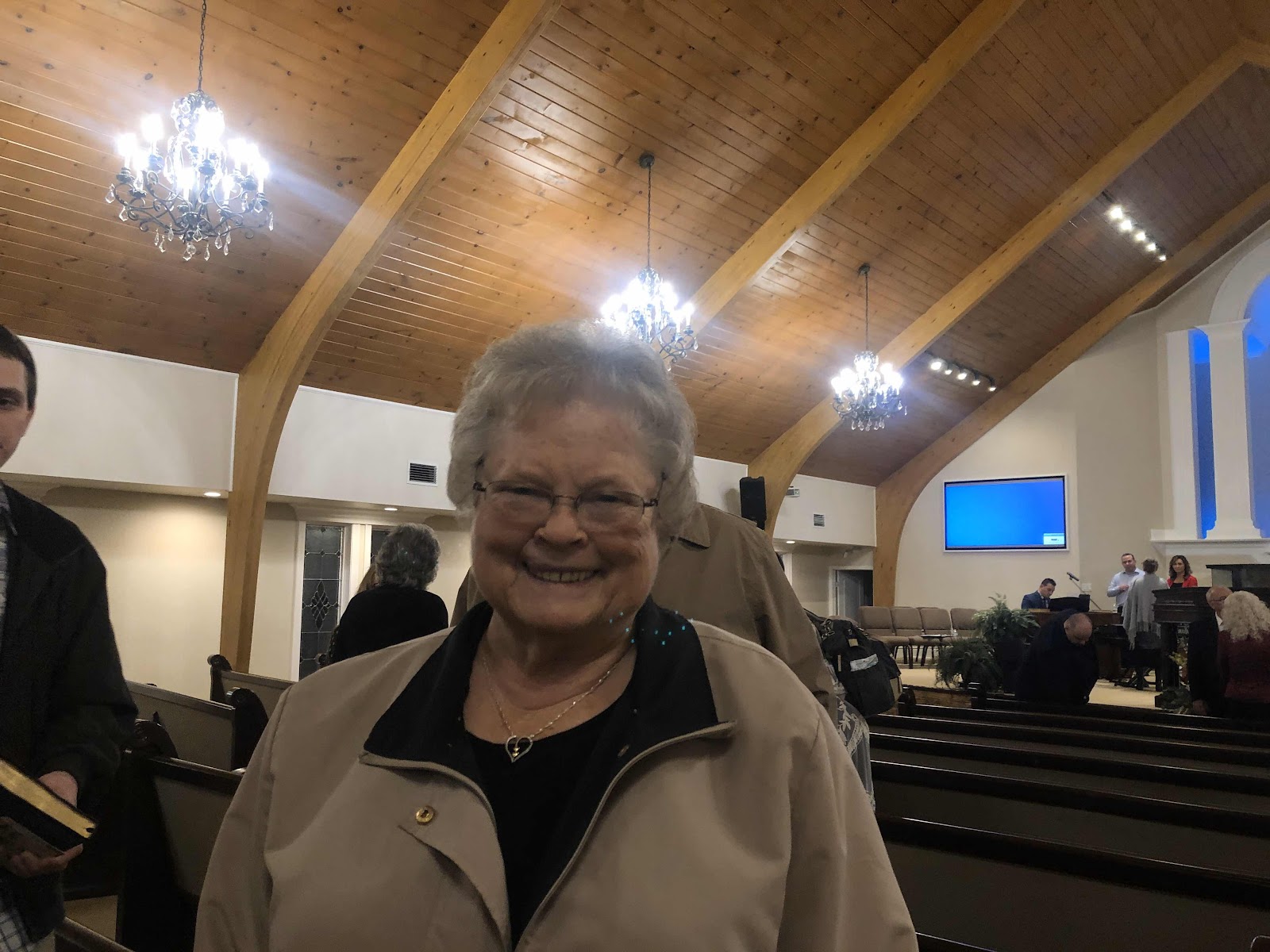 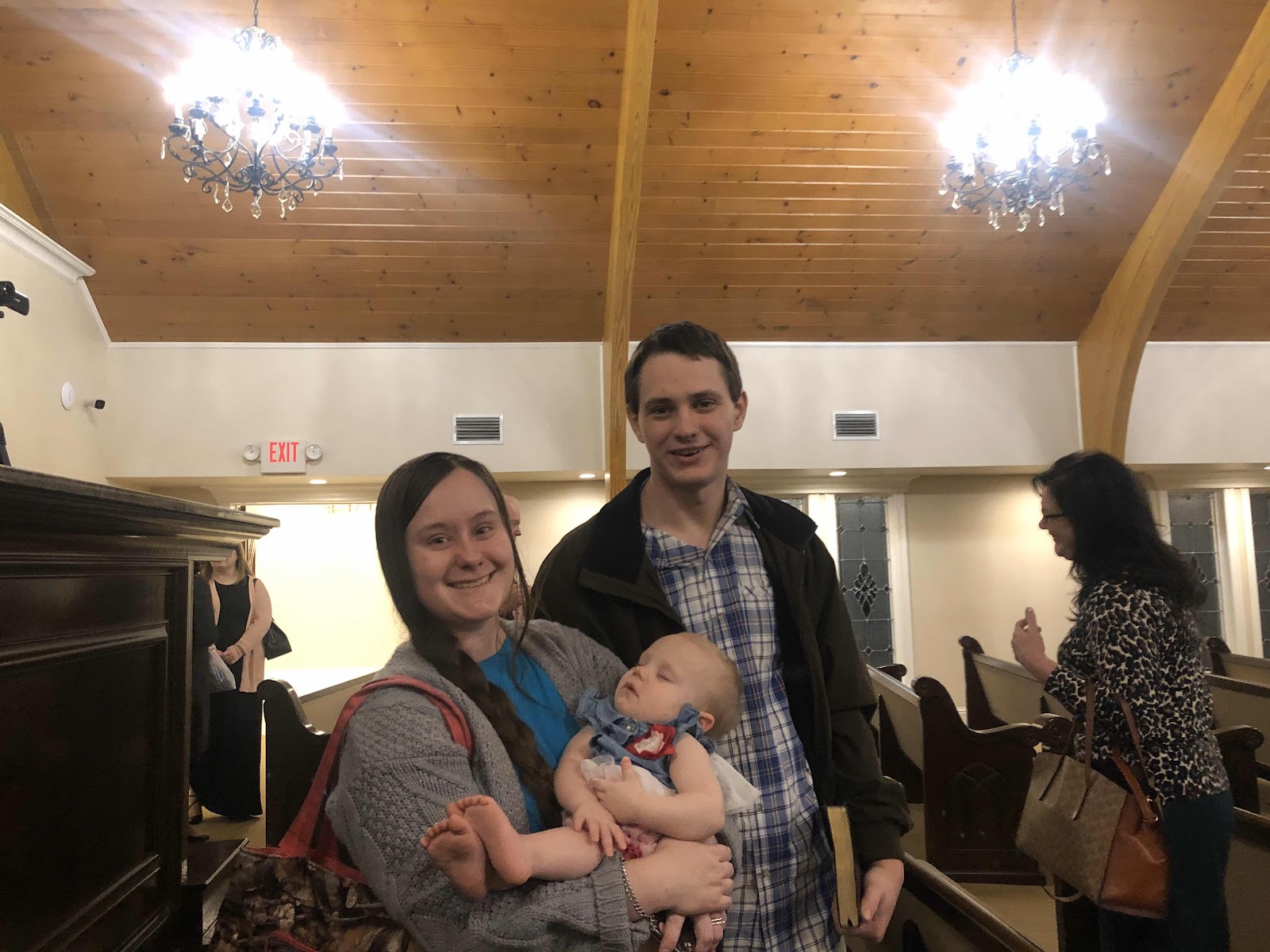 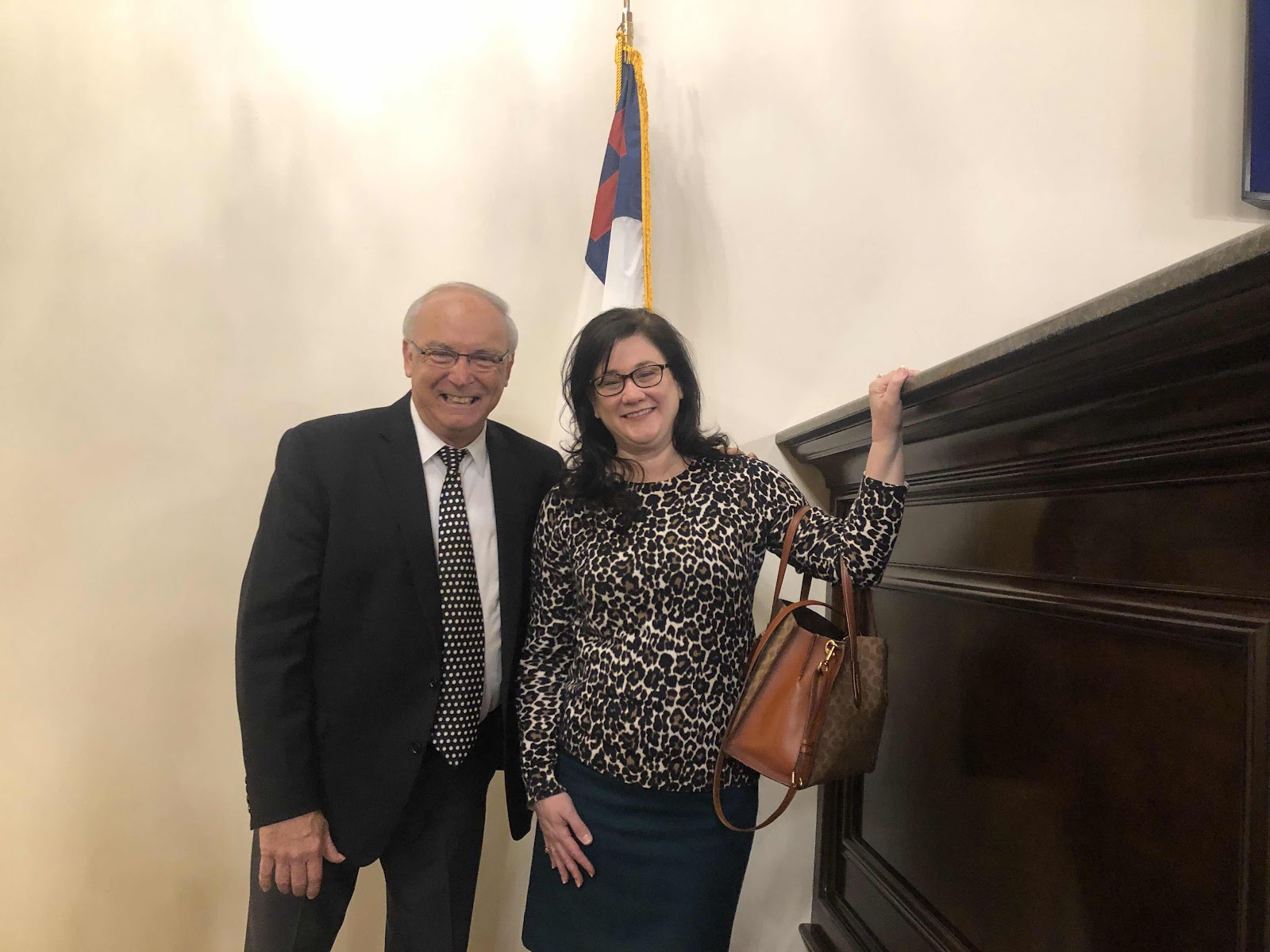 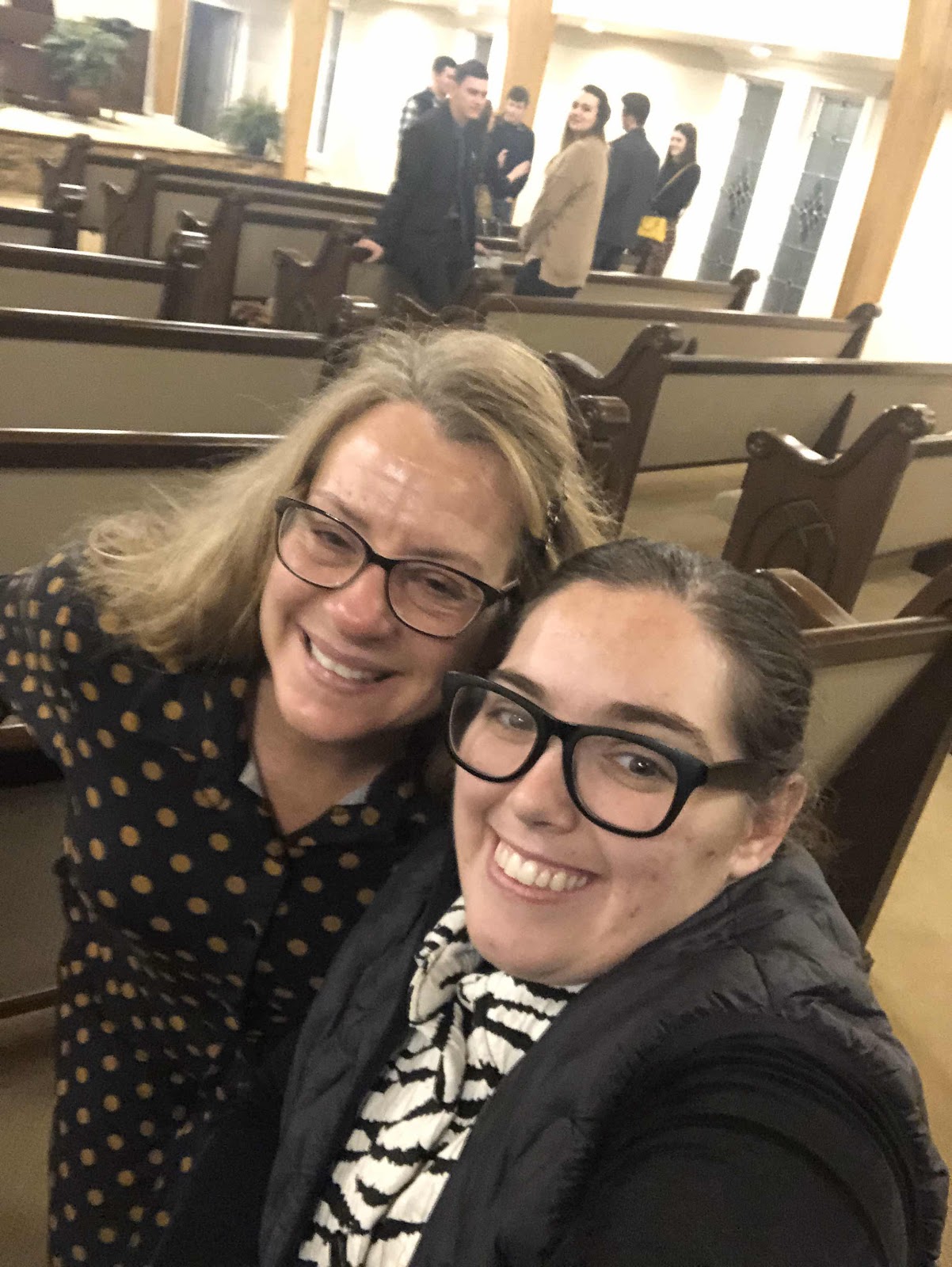 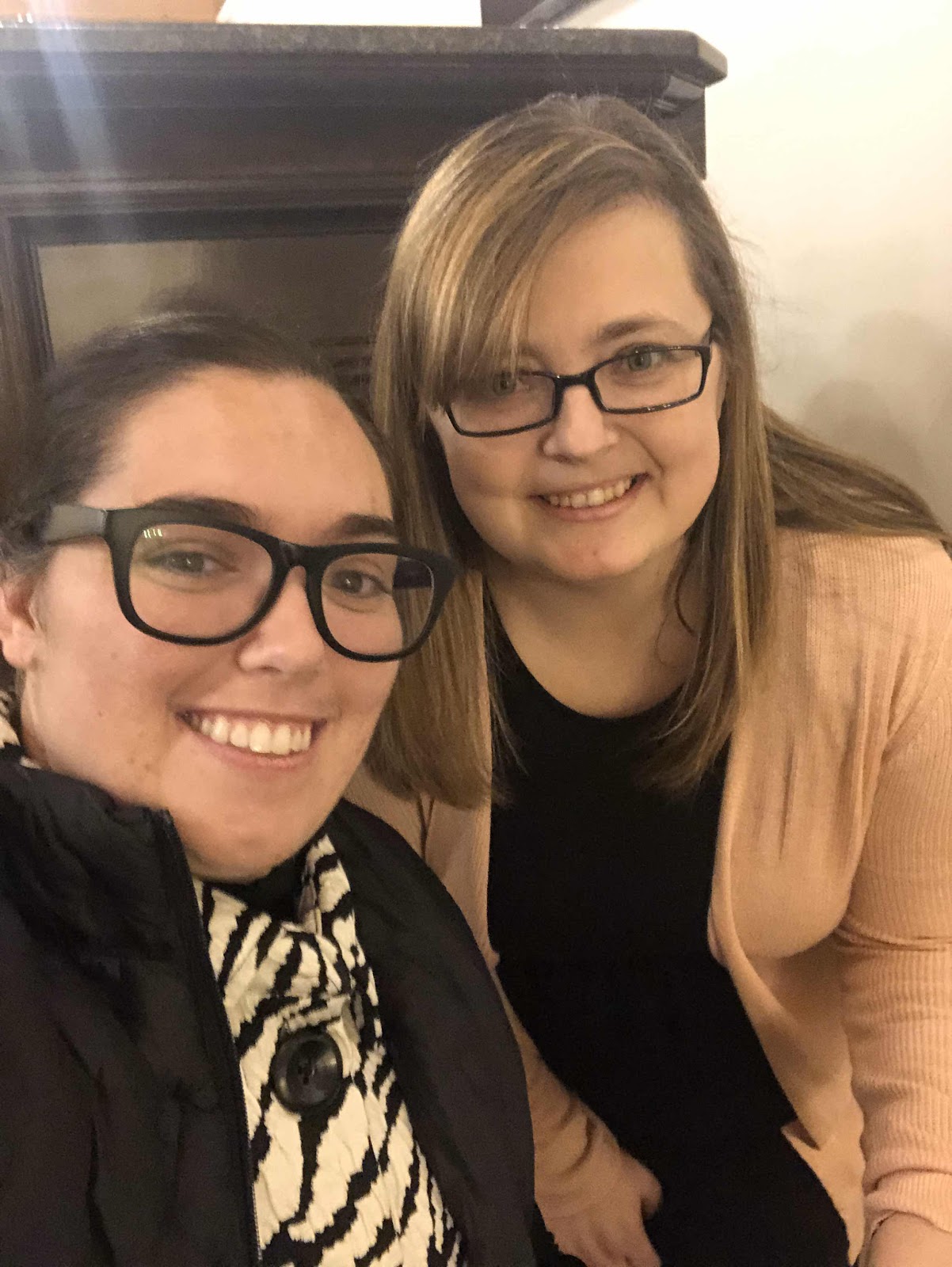 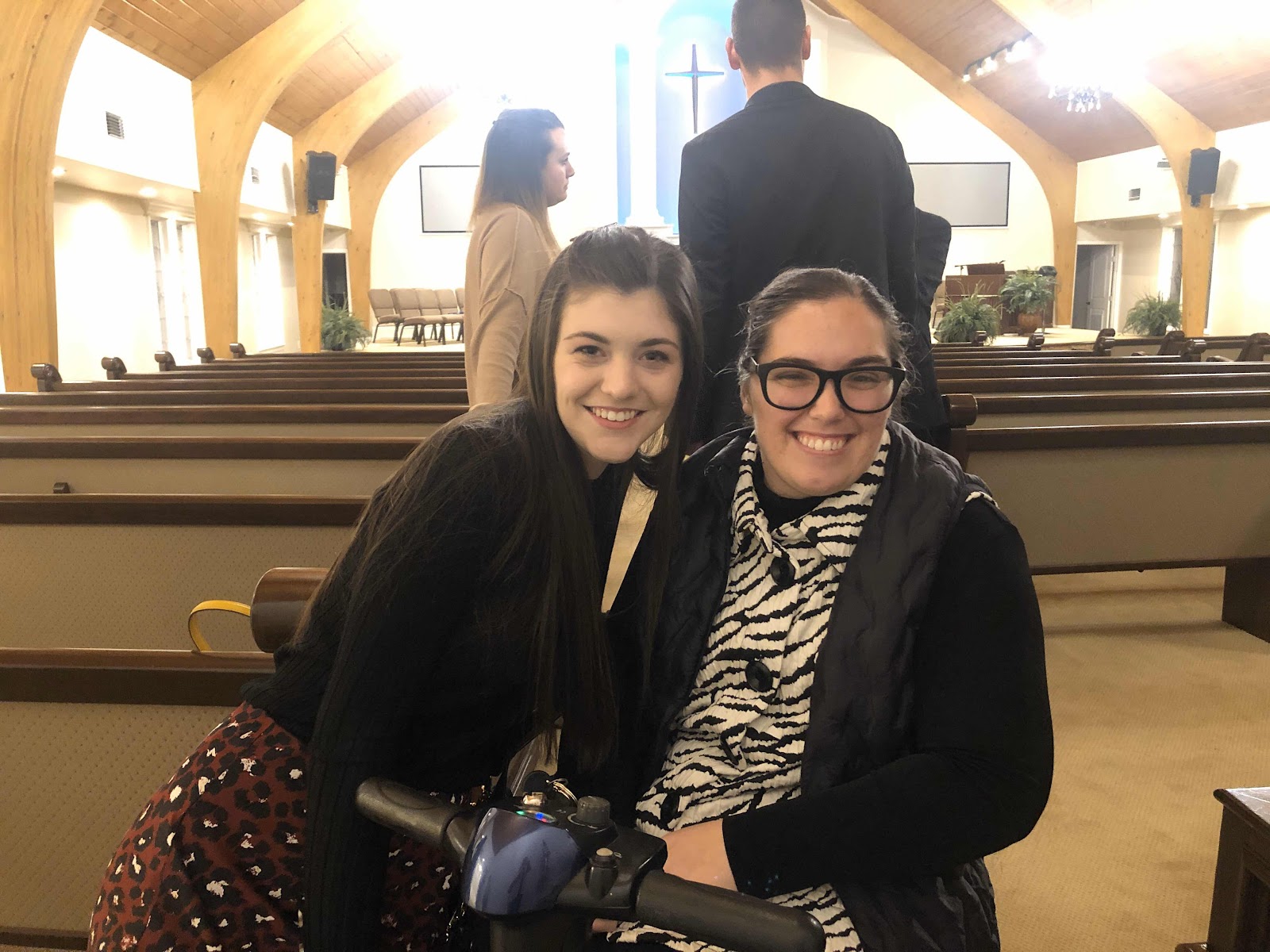 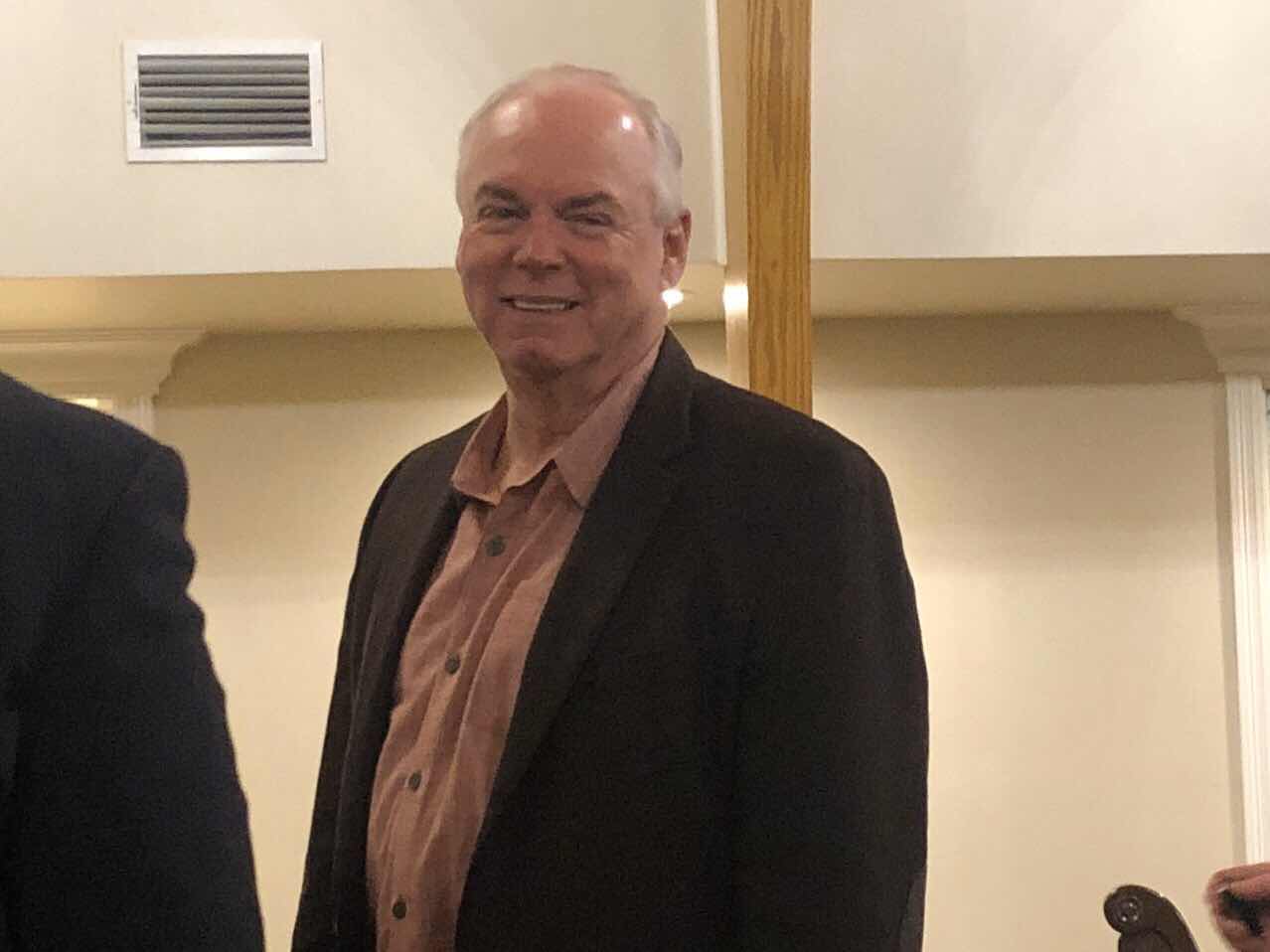 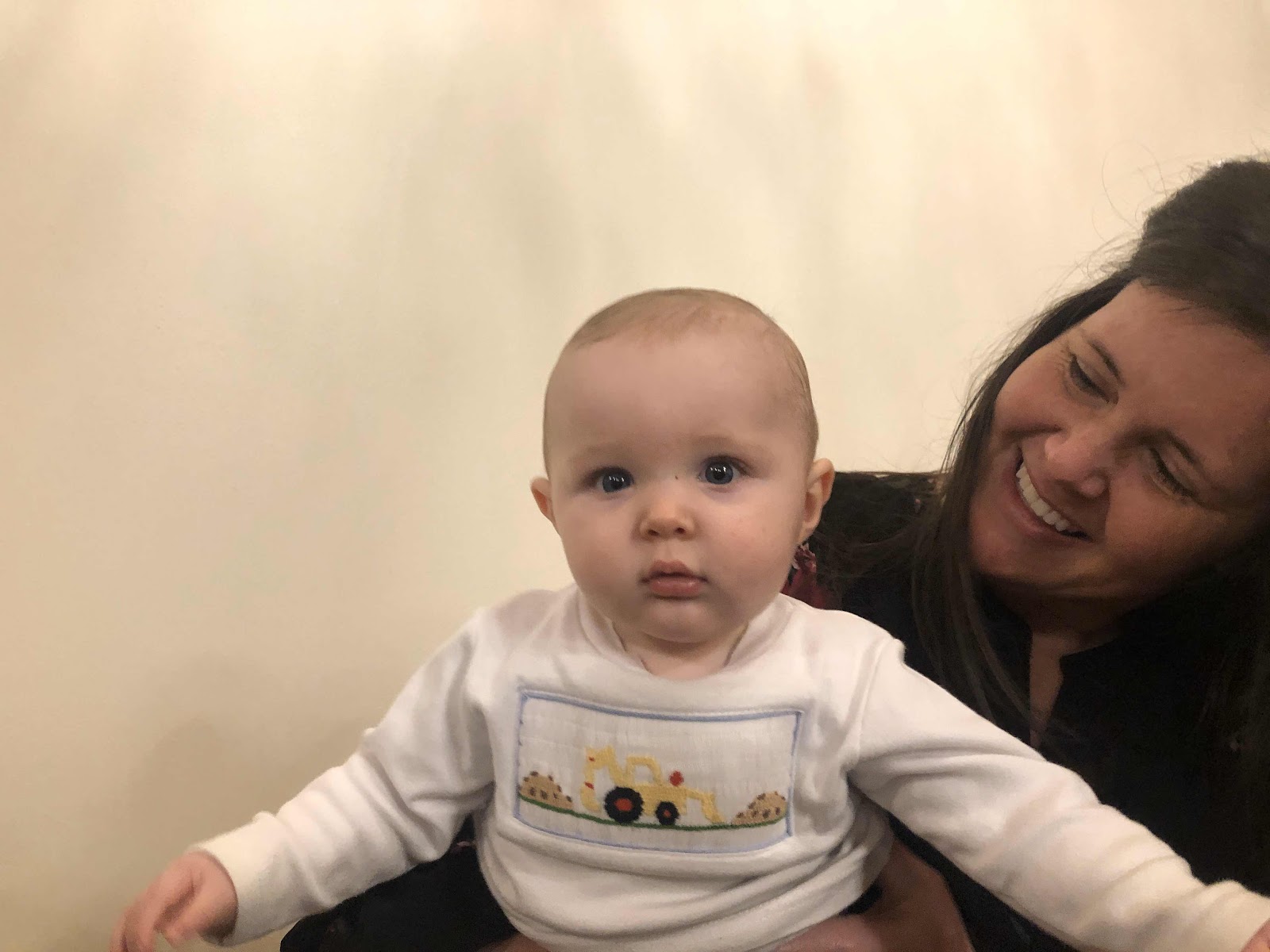 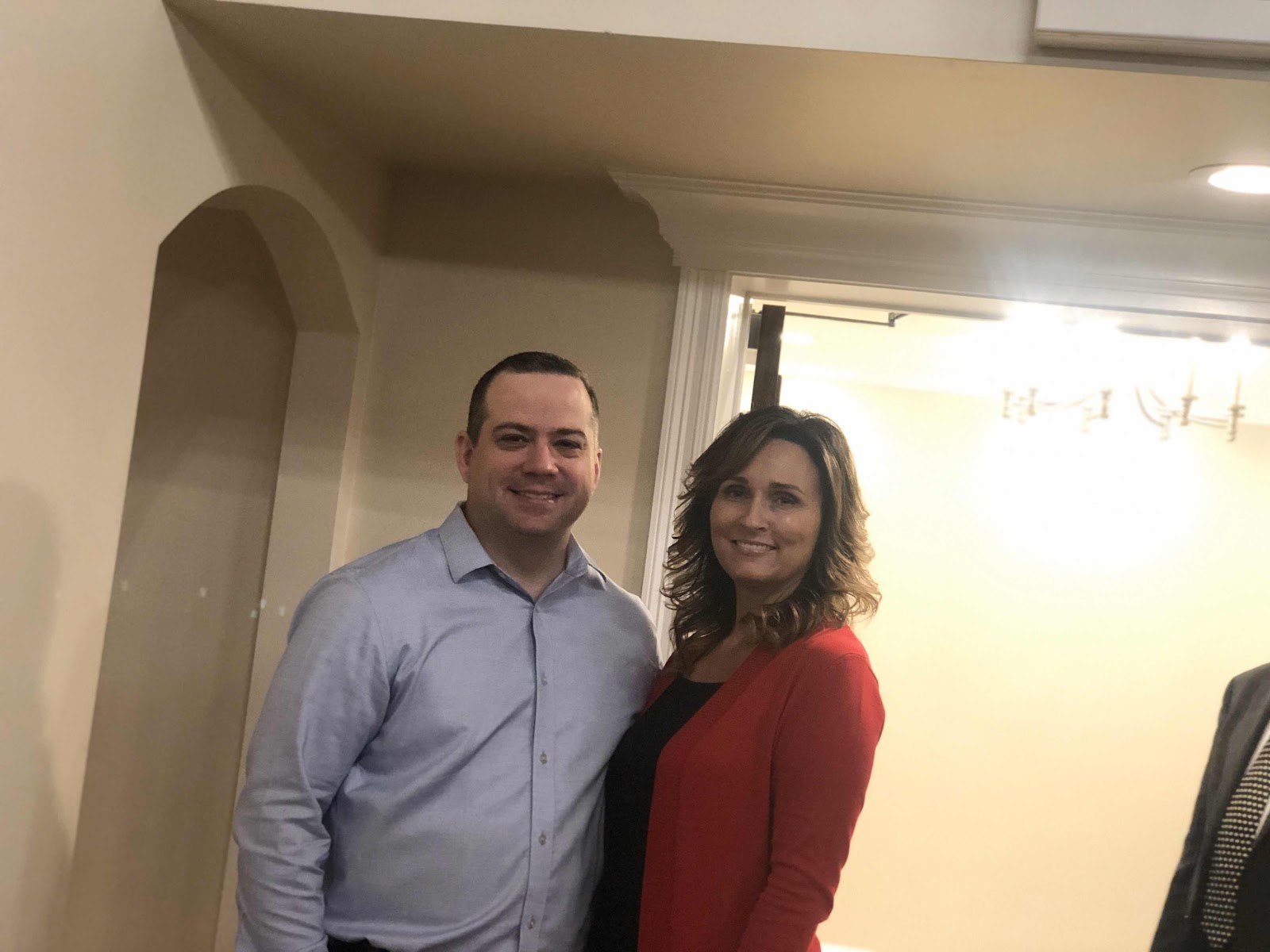 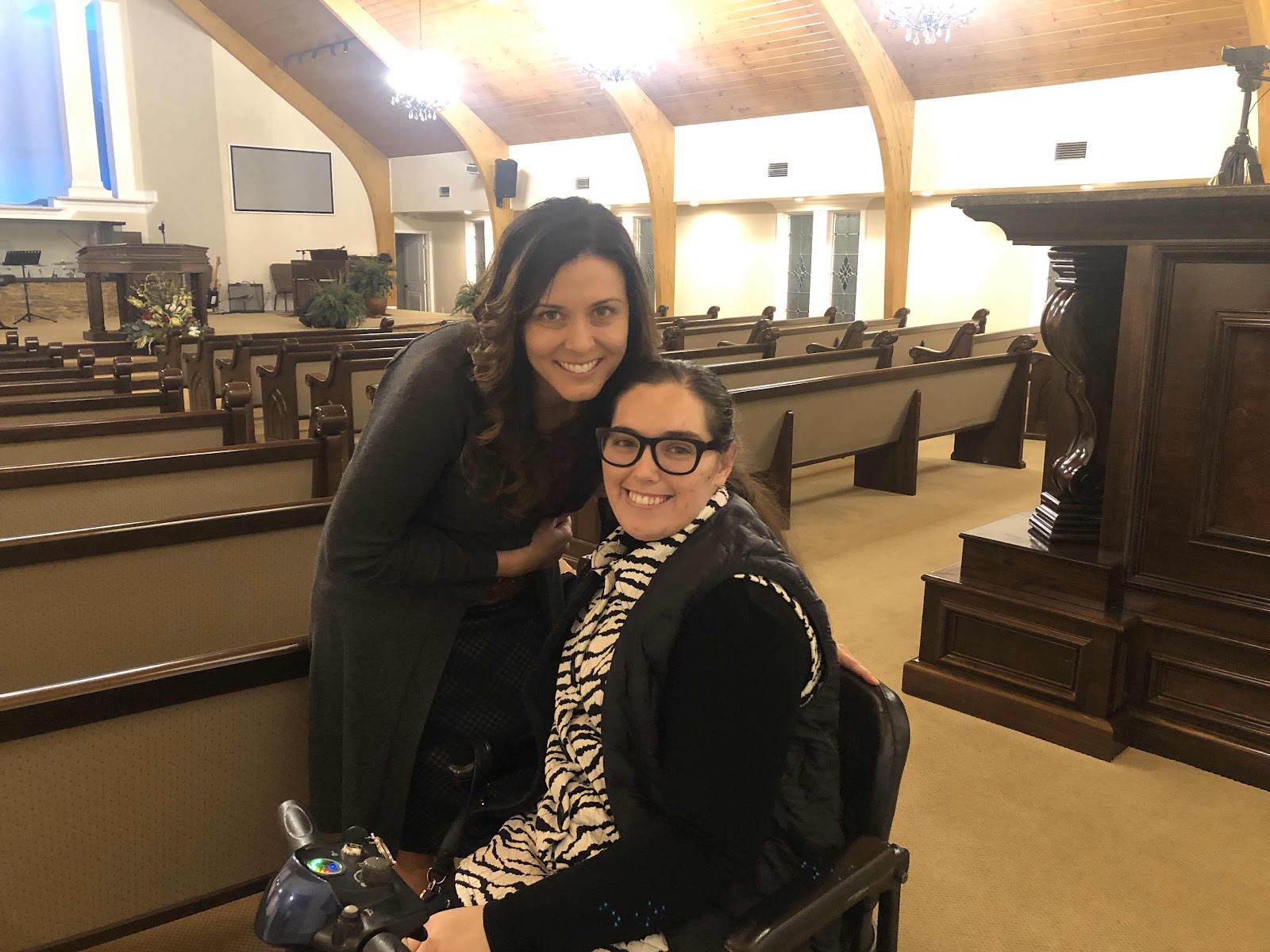 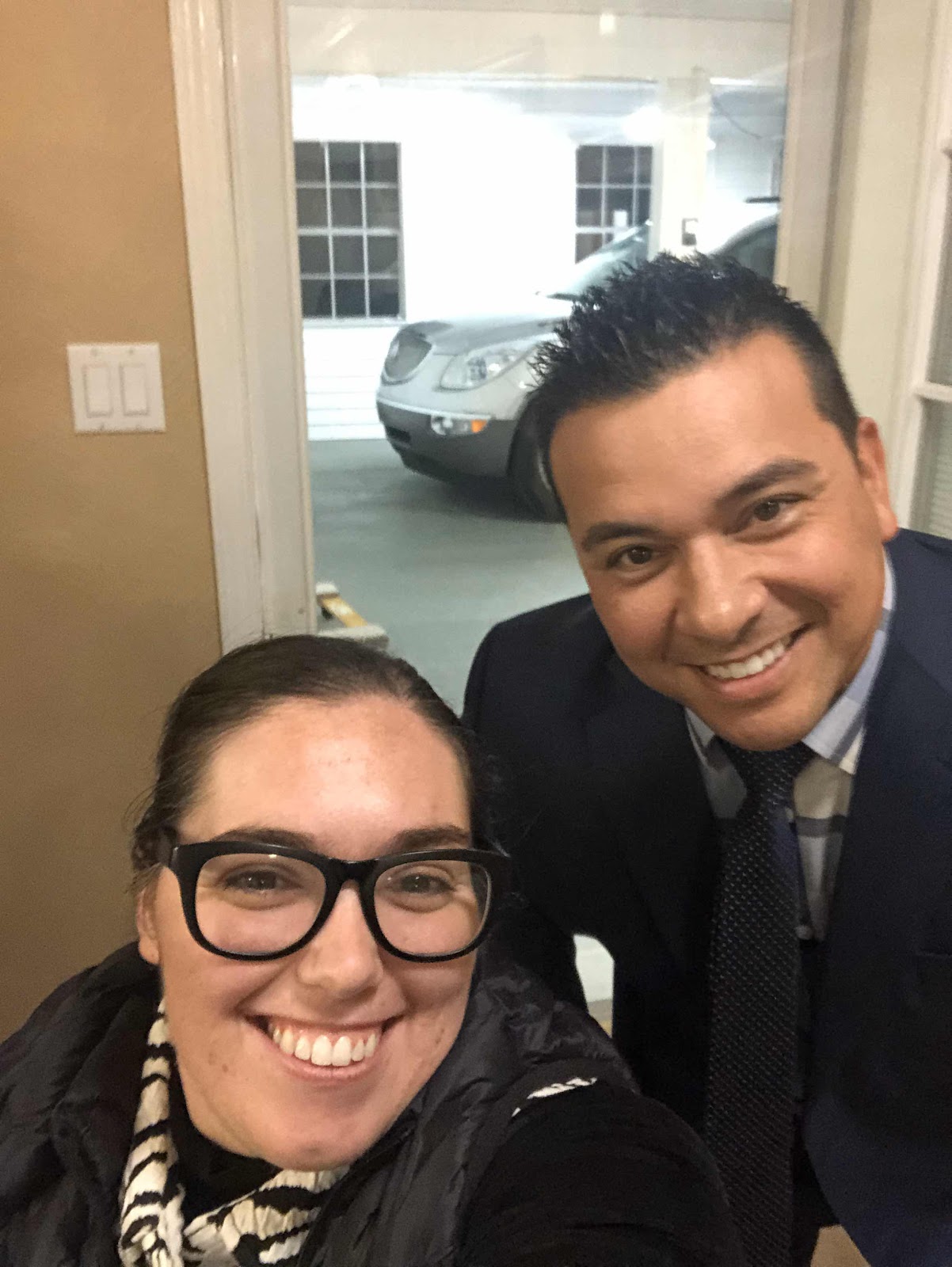 Yay! I think the pictures are going up. We will try to have many more Friday. That is what is happening. Thank you for joining us.