Shuttered But Still Open For Business

Wednesday included a very nice visit to Acapulco. Sometimes it is great to be home! 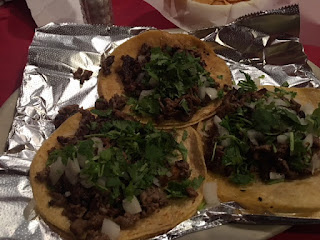 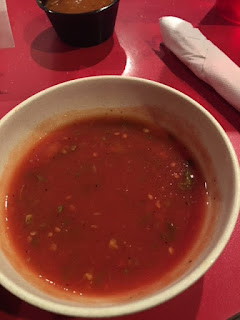 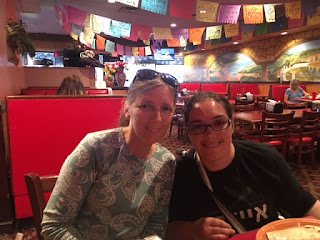 Wow! That was an excellent meal!

Several years ago we noticed a feature we really liked in the house of some of our friends in California. Bro. Jared and Sis. Valerie Burris had shutters on the inside of the windows and we loved them. Odie decided early on in the house project that she wanted the shutters if we could swing it.

We swung hard and they were installed Tuesday.

Odie chose a set of blinds on her small kitchen window that match the shutters on the other windows. 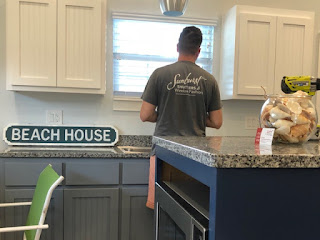 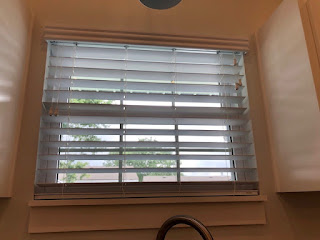 The rest of her windows, seven of them, are the same size. The guy came out several weeks ago while we were in revival out west and Dad met him at the house. He brought samples, measured windows and a few days later we received the quote.

I had already received some quotes online so I knew his price was fair. Some of the national companies that carry shutters have no representatives in our area. They required us to order the custom shutters on my measurements. I was a little hesitant to do that.

I was comforted by the fact that my measurements were pretty close to the figures the professional found. His price with his measurements and his install was the best price so why take a chance on me messing up? The rest is history. 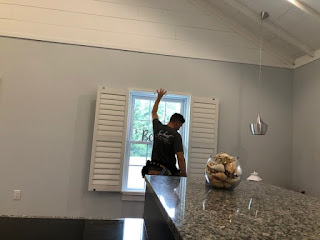 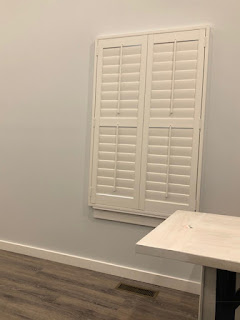 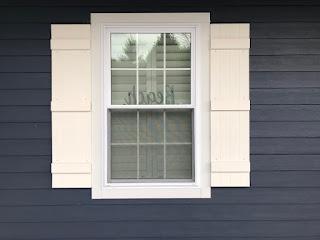 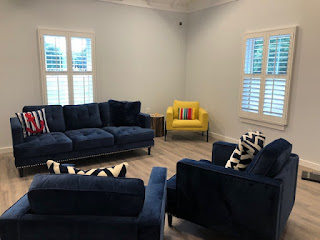 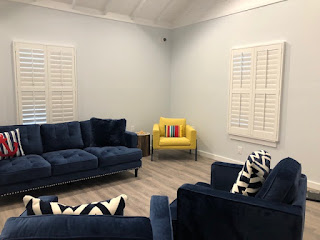 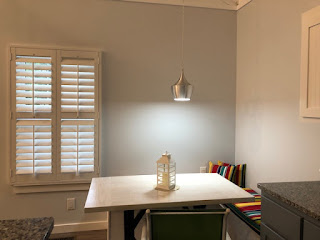 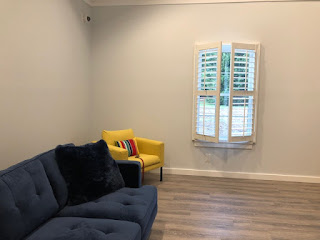 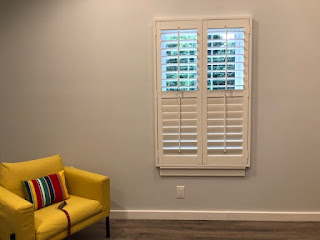 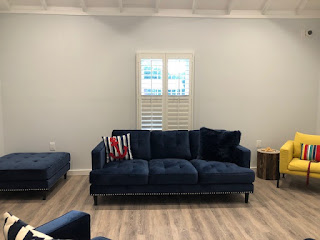 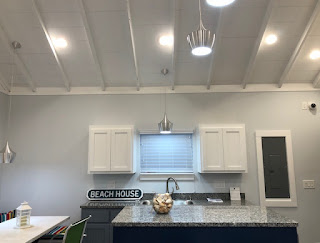 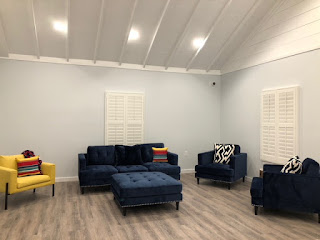 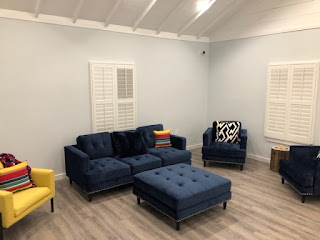 We think they look great and Odie loves them. What more could a guy ask for, right?

The next couple of days I will be working on closet shelving, grab bars and little things like that. Kelly Jo and Odie are busy trying to get pictures hung and other decorating situated. We will update with pictures when we have them.

Thank you for reading today and for letting us know you missed seeing us here for a few days while we were neck deep in vacation. We appreciate that. See you tomorrow.

Davy
Posted by Davy, Kelly and Odie Boggs at 5:22 AM