Always Something To Do - BoggsMobile Generator Fix

It is difficult to post about anything other than City Reach when we are consumed nearly 24 hours per day with City Reach Dayton. Especially when the services are so good each night. Last night I rushed into the preaching because of a storm that was bearing down on us. The first wave of storm missed us mostly but the wind of God met us in the altar in a mighty way! Praise God! We have two more nights and I urge you to come be with us if you can.

I know that most of you are probably fine with reading about City Reach but I want to be considerate of the "millions" of others that might tune in here everyday to see stories and pictures of other things. Such as

The BoggsMobile and Green Machine 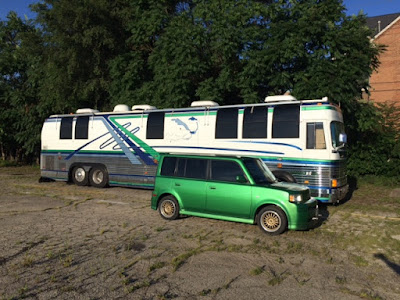 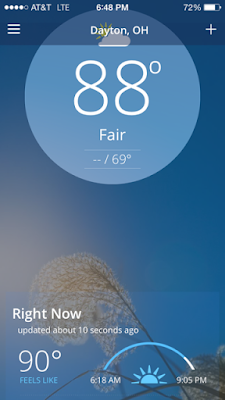 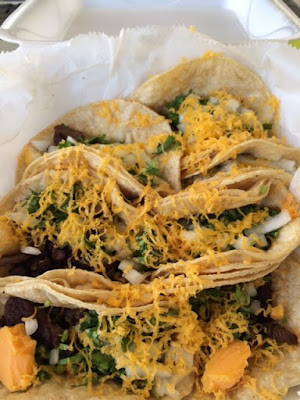 The greatest salsa (Salsa brought to me courtesy of my Mother straight from Acapulco in Lebanon, Ohio) 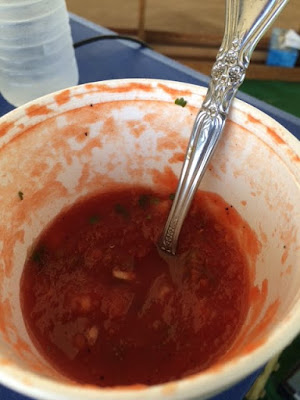 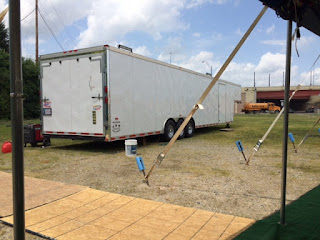 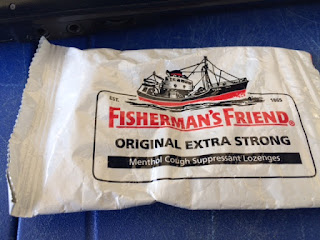 or a picture of Kelly Jo under the tent. 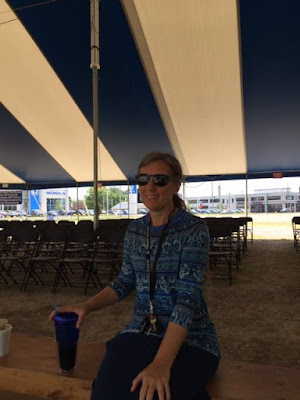 There I go including a picture of Kelly Jo under the tent. But truth be told, every one of the pictures above were taken under the tent or in sight of the tent.

We do have other things going on that require our attention. It is amazing how many folks ask me, Kelly Jo, Odie or Bro. Jimmie, "What in the world do you all do all day long?" Trust me, there is always something to do.

Yep, always something, like the electrical problem I mentioned HERE that popped up the last night of City Reach Tulsa. We have had a pocket full of problems this year with the gas generators we use to power the tent and Bro. Jimmie's trailer. This problem was with the diesel generator in the BoggsMobile. When I went in the bus to change clothes after church the last night in Tulsa the generator was still running but we had no electrical power in the bus.

One of the two inverters controls the generator and that inverter was in error and would not reset. That left us with no electric inside and I really did not know what to do. After taking down the tent, we went to Flying J to empty the holding tanks, fill up with fuel and try to think it through.

I ultimately decided to go on to Wichita that night and plug into their electricity and see if we had power in the coach like that. I really thought that at least one of the inverters was fried and I was honeslty bummed about that.

We pulled into Wichita about 1:45 AM, plugged into their 50 amp supply and we had power. That was a good sign but I still had no clue what the problem was. I eventually went to bed and left it until morning. However, I woke up a few hours later and I knew why I was not getting power from the generator even though it was running.

I woke up thinking about this main 70 amp breaker in the generator compartment. 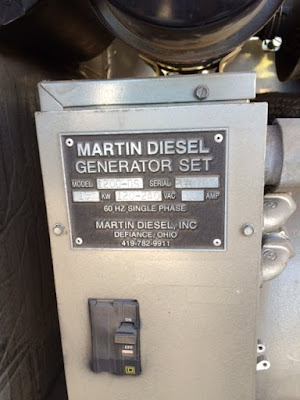 I had never had a moment's problem from this breaker but some how my sleep induced brain tracked the power loss to this breaker.

Sure enough, it was tripped. I took off the panel lid and there was no sign of the breaker lugs or the wires ever being hot and causing the breaker to trip. I also knew we had never been close to drawing 70 amps on either side of that breaker unless I had and air conditioner going bad and drawing too much power. 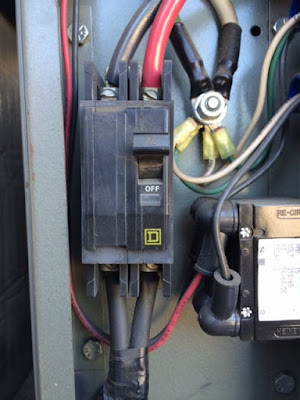 I submitted the problem to the experts on a Prevost forum and they mostly leaned toward the breaker being bad. I changed the oil in the generator and cranked it up again. This time it ran about 4 1/2 hours and the breaker tripped again. Now, that did not prove the breaker is the problem but it pointed that way enough when taking many other things into consideration.


I took the breaker out and started trying to source one in Wichita. I needed the generator running during City Reach in Oklahoma City so that put some urgency into finding the breaker. 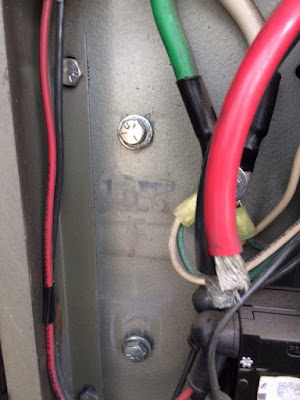 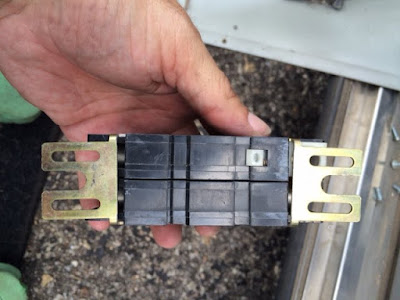 It is a surface mount 70 amp Square D breaker and the part number is QOU270. No one in Wichita had one in stock but they could have one by Friday which was our last day in town before moving to OKC I picked up the new one Friday morning, installed it and cranked the generator. it ran all day and has ran every hour I have needed it since then including nearly 200 hours straight in OKC.

We are running the generator 15-20 hours a day this week during City Reach Dayton and we have had no problems with the power kicking off at all. It has ran well over 300 hours since I replaced the breaker. Maybe the new one will last 21 years like the last one.

I took the old breaker home to Dad and he tore into it. This is one half of the breaker and we could plainly see it had been hot internally at some point. Why or when we may never know. 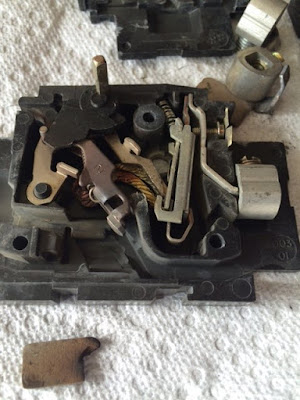 That is the latest generator saga. Well, actually we have replaced another gas generator for City Reach this week but I will save that one for later post!

Thanks for stopping in to read.

Davy
Posted by Davy, Kelly and Odie Boggs at 2:56 AM