Odie Has It Covered

Schedule Change for this week.

Do you remember these pictures from a recent blog?

Odie took this one with her iPhone 4S. The 4S has an excellent camera for a cell phone. 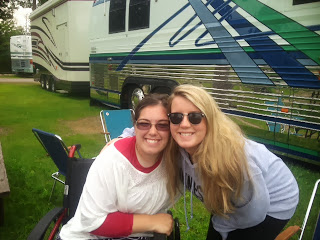 I took this one a few moments later with my iPhone. I was facing the same direction and had pretty much identical lighting. 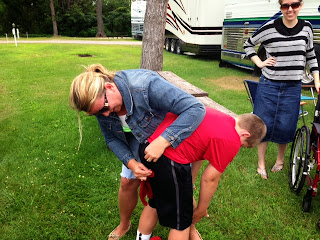 Can you see how much clearer my picture is? Several of the pictures that Odie took that day had that same "foggy" look for lack of a technical term. My iPhone camera can not be so much better as to account for that much difference. Especially since Odie's phone has taken some great pictures in the past.

Odie changes phone covers/cases pretty often and I know that some covers can interfere with the camera. As I was getting that post together Odie was sitting across from me on the couch of the BoggsMobile. 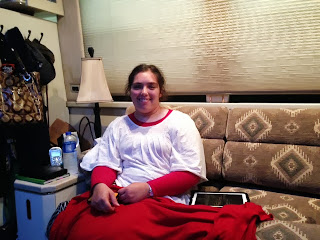 I said to Odie, "Did you have that cover on when you took these pictures today?" She said "No?" She said it with a very strange questioning tone. Her tone was a mix between confusion and sarcasm, a little bit of bewilderment and a little bit of "Dad, are you crazy?"

It took us a moment to put all the pieces together. Odie was really confused. Do you see the red blanket over her lap? She thought I was asking if she had on that RED COVER/BLANKET on when she took the pictures earlier in the day. I was obviously asking about the orange cover/case that she was holding in her hand. 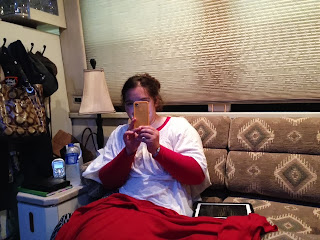 This is Odie when she realized what she had thought and said. 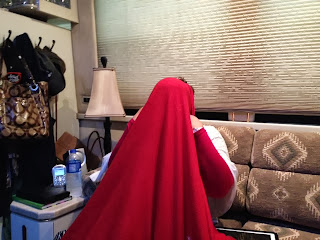 We did come to the conclusion that the orange Lifeproof cover/case can distort her pictures but the red cover/blanket has NOTHING to do with it.

Davy
Posted by Davy, Kelly and Odie Boggs at 7:13 AM