It has been a wonderful weekend! It is a great time to be alive and serving God! Friday night we finished the online revival for Landmark Holiness Church in Lawton, Oklahoma. I appreciate the invitation to preach revival. The saints in Lawton flooded us with nice comments and we are praising God for helping them.

I did have a few things to occupy my time and my mind so I let the girls rest a while and we began preparing to leave about 8:30. Once we cranked the BoggsMobile and disconnected the electric, KJo backed into position so I could do the work of the evangelist.

Once that task was completed I backed up to the tent trailer and changed hitches. We left the tent trailer in Vonore for a week so I removed the receiver with the hitch ball and put the Blue Ox tow bar. I hooked up the car and we were ready to go. 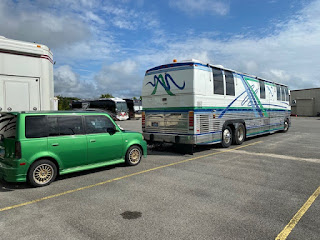 Except for one thing. When I looked at my engine belts, one of them was flopping. I have seven belts total and three belts that run from the main crank on the engine to a gearbox that powers the radiator fan. One of those three was looser than the other two and was flopping.

I usually keep a new set, but I had neglected to order a set after I installed a set several months ago. I did have the set I took off then, but two of them were floppy. A friend drove up about then and he took me to three places to get the belts. No one had three belts. Each place had one correct belt and each one a different brand. No thanks.

I took off the floppy belt and ran with two belts Saturday. It did fine. I will order a set or two from Prevost today. I appreciate John Sands helping me and running me all over town.

Once that was all taken care of it was time to hit the road and put some miles behind us. We had lost 90 minutes, but we did not have too far to go. It was no big deal.

We pulled into Grace Pentecostal Holiness Tabernacle by about 2:30. Once we were parked, we set up our sound system, got a quick soundcheck and then KJo cleaned the new fridge and went to the store to buy a few things to put in it.

We never grow tired of the view from this church parking lot. 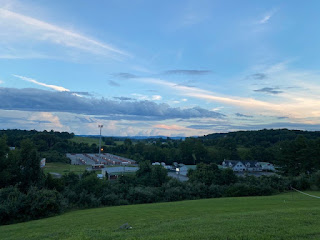 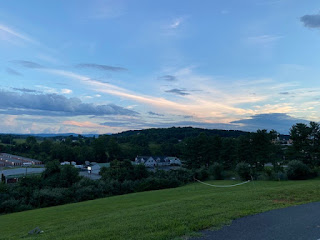 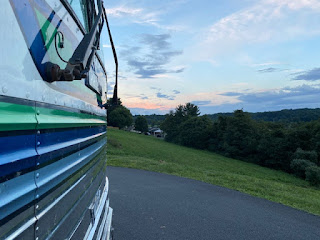 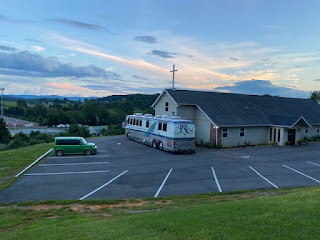 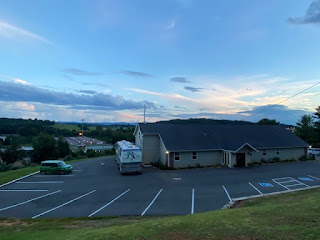 Sunday was another beautiful day and we loved being in church with all of our friends here at Grace. Bro. David Horton and Bro. Mike Switzer and their families are some of our favorite people in the world and we always enjoy being with them.

We enjoyed two great services at Grace Tabernacle Sunday and we are looking forward to the revival all week long. It is nice to be worshipping with God's wonderful people!

We have a few pictures from the day. 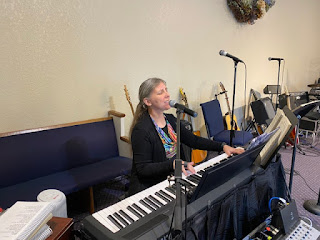 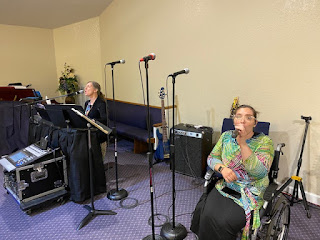 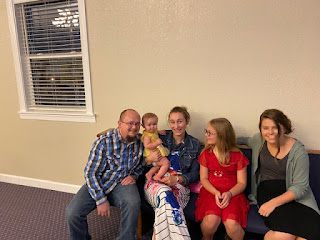 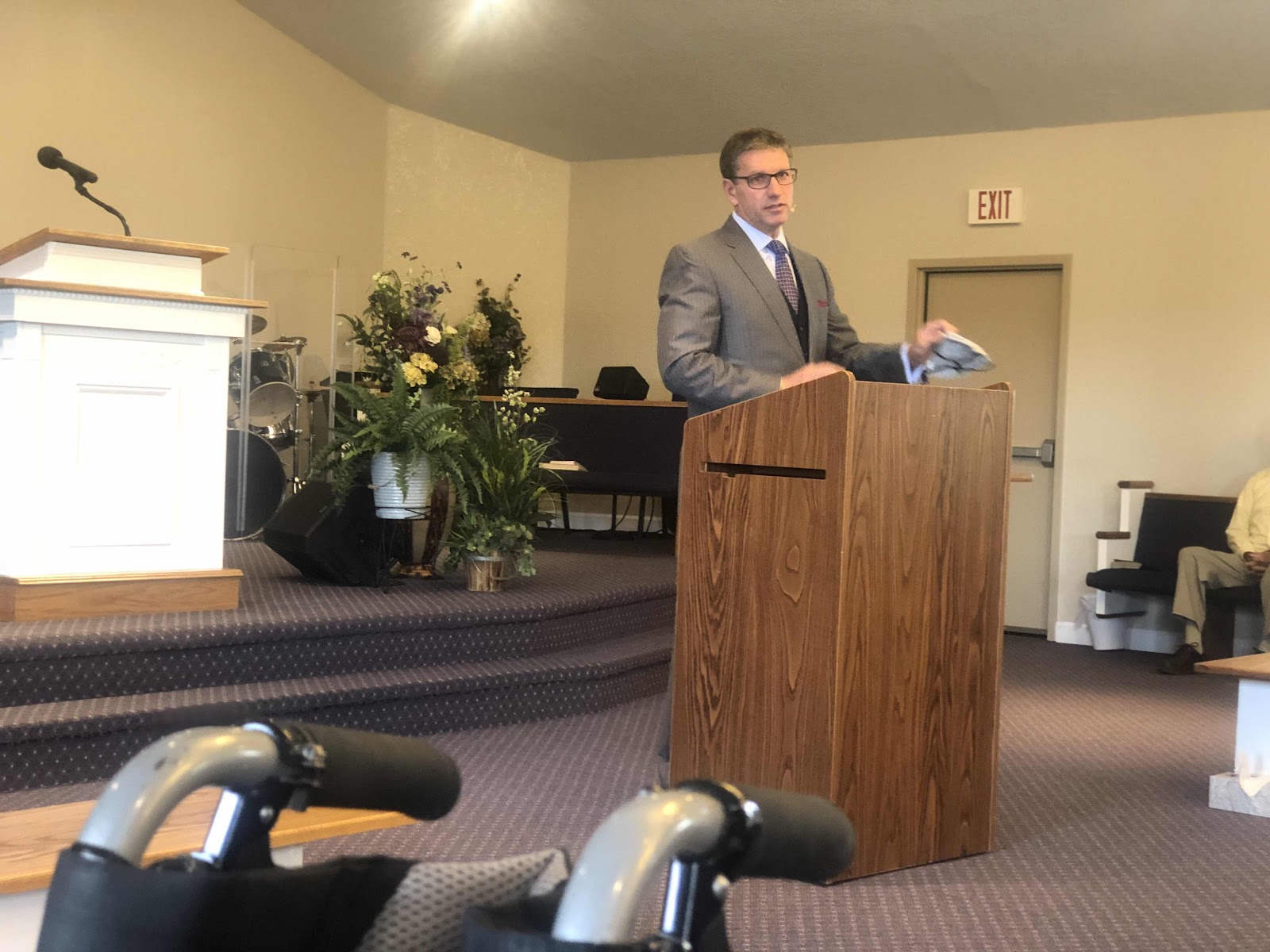 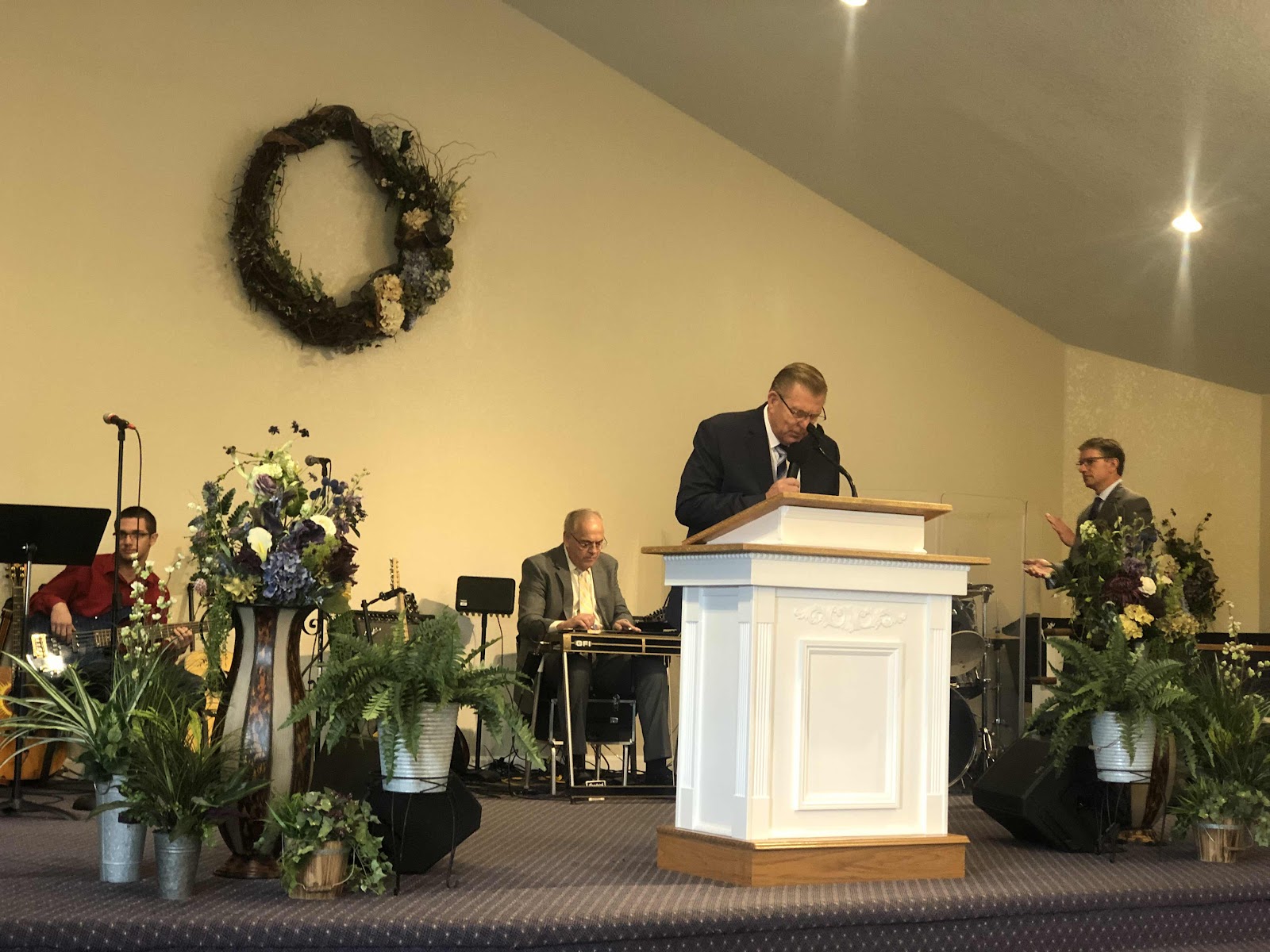 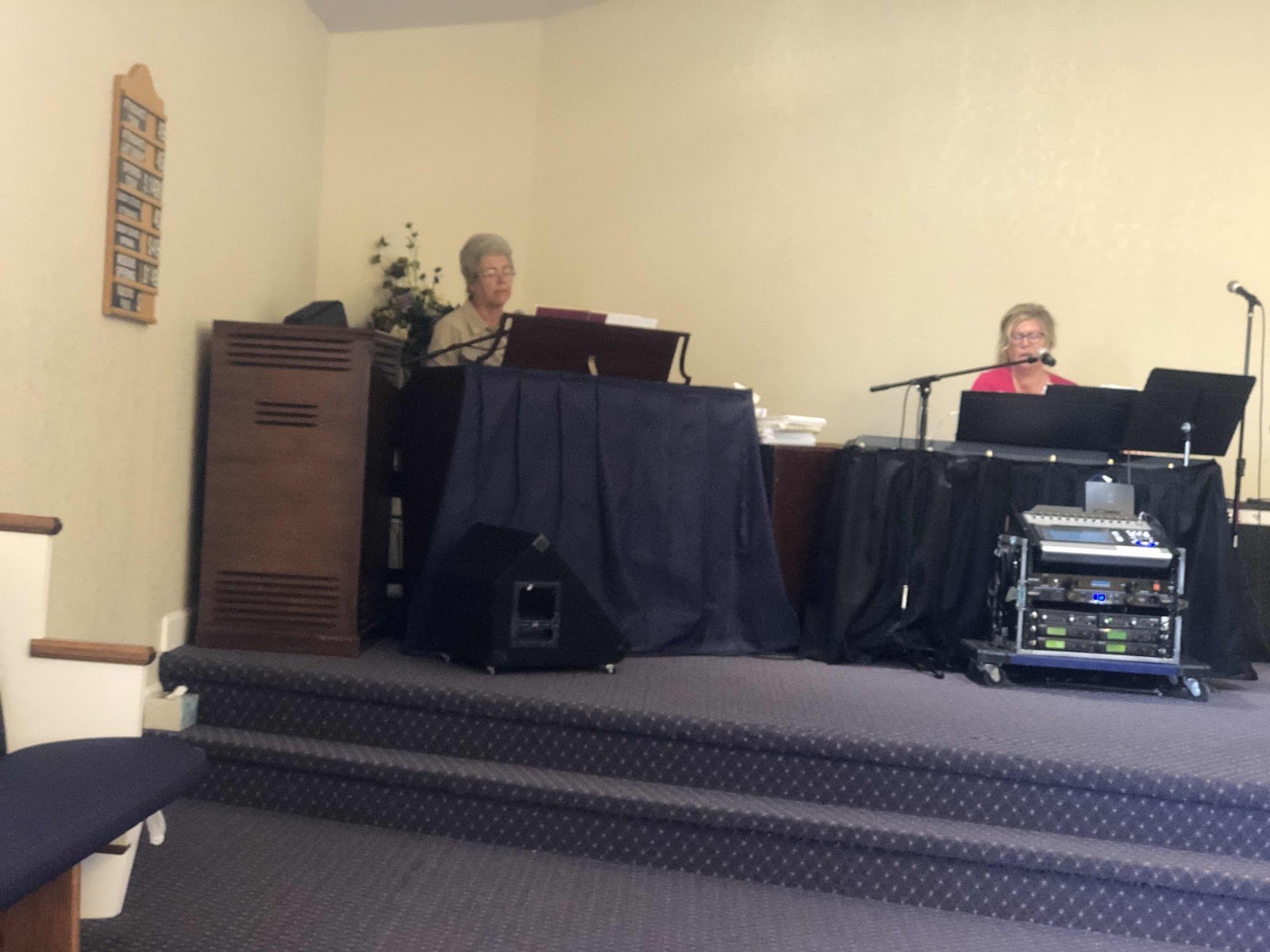 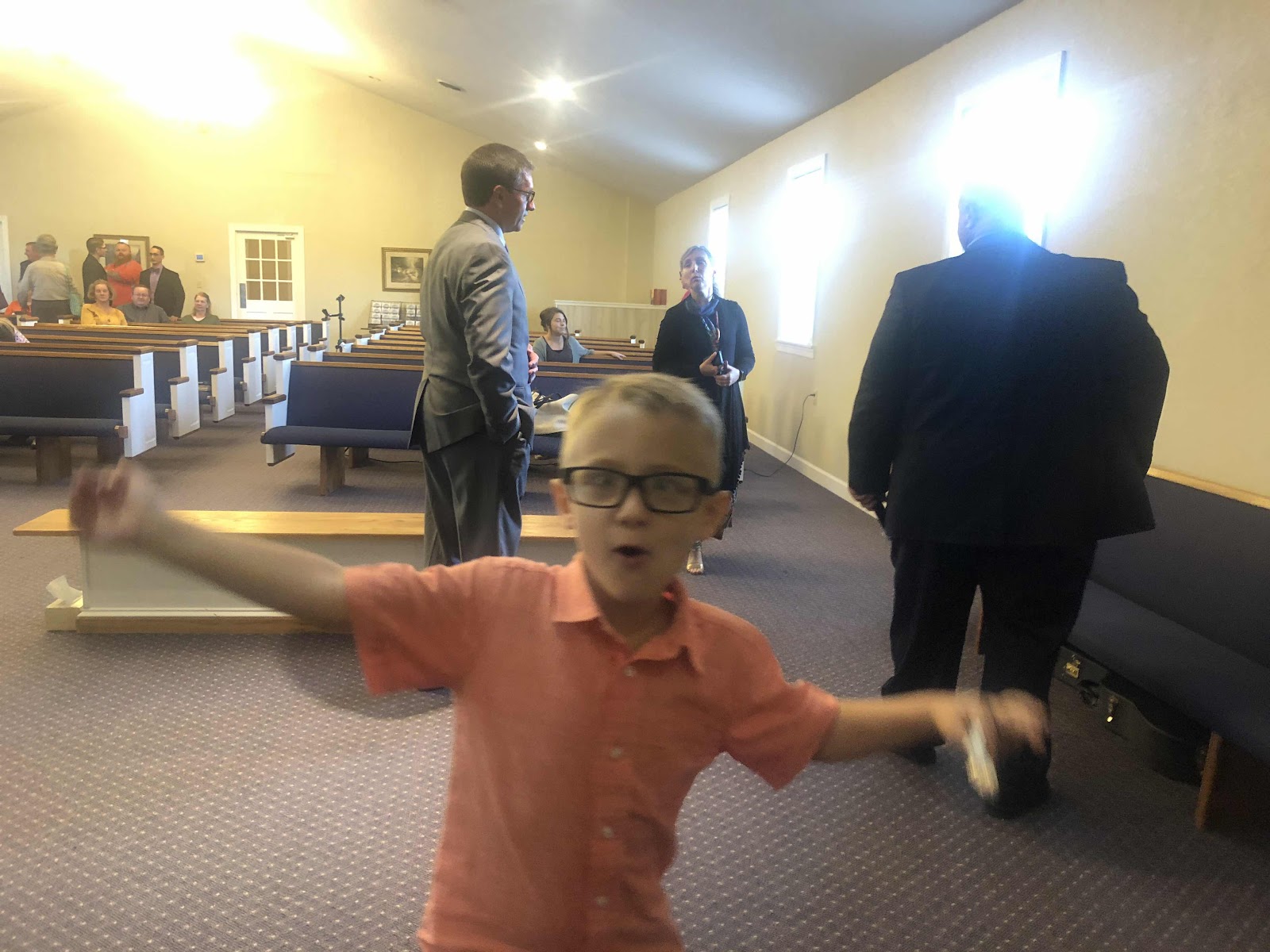 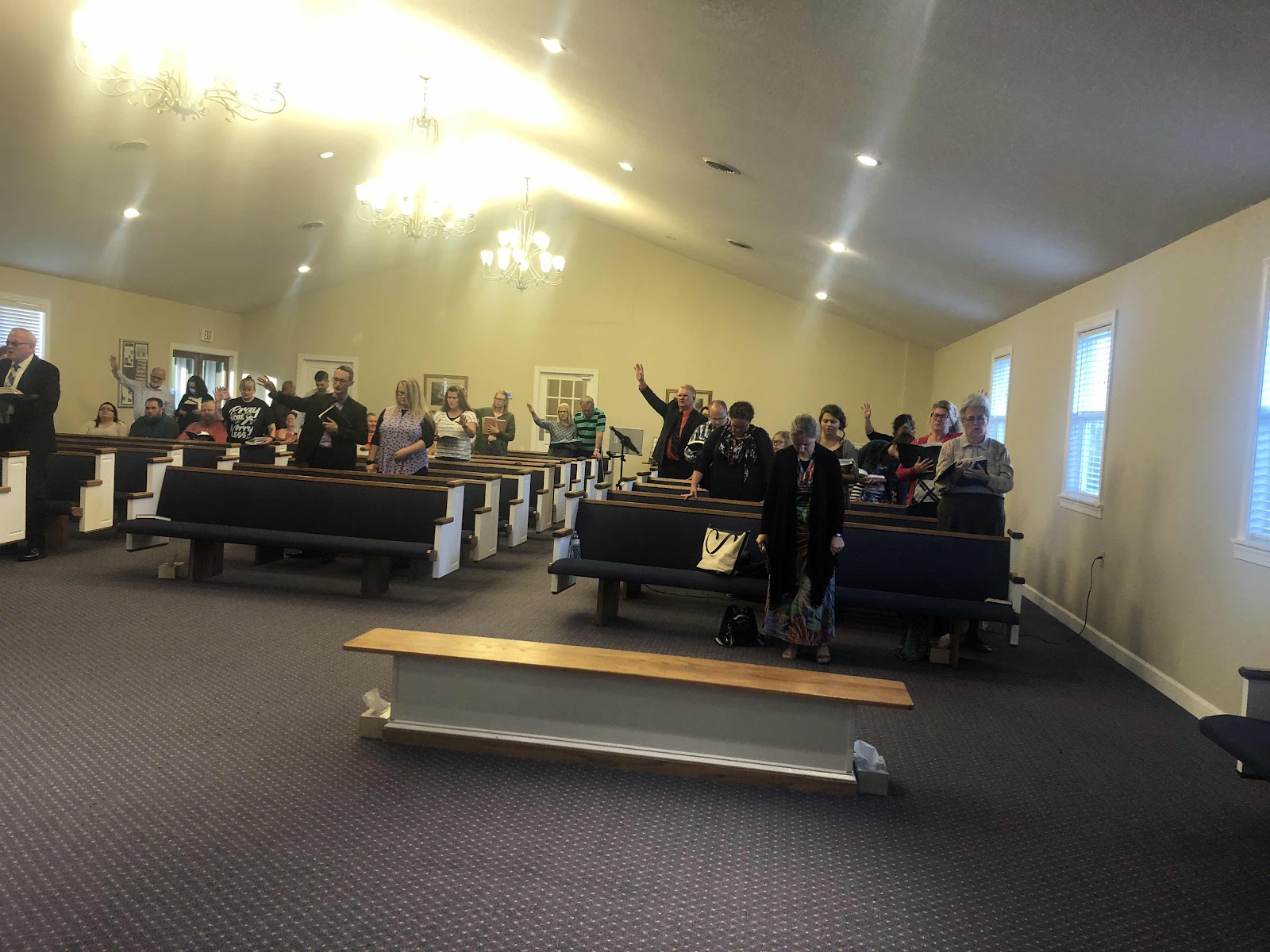 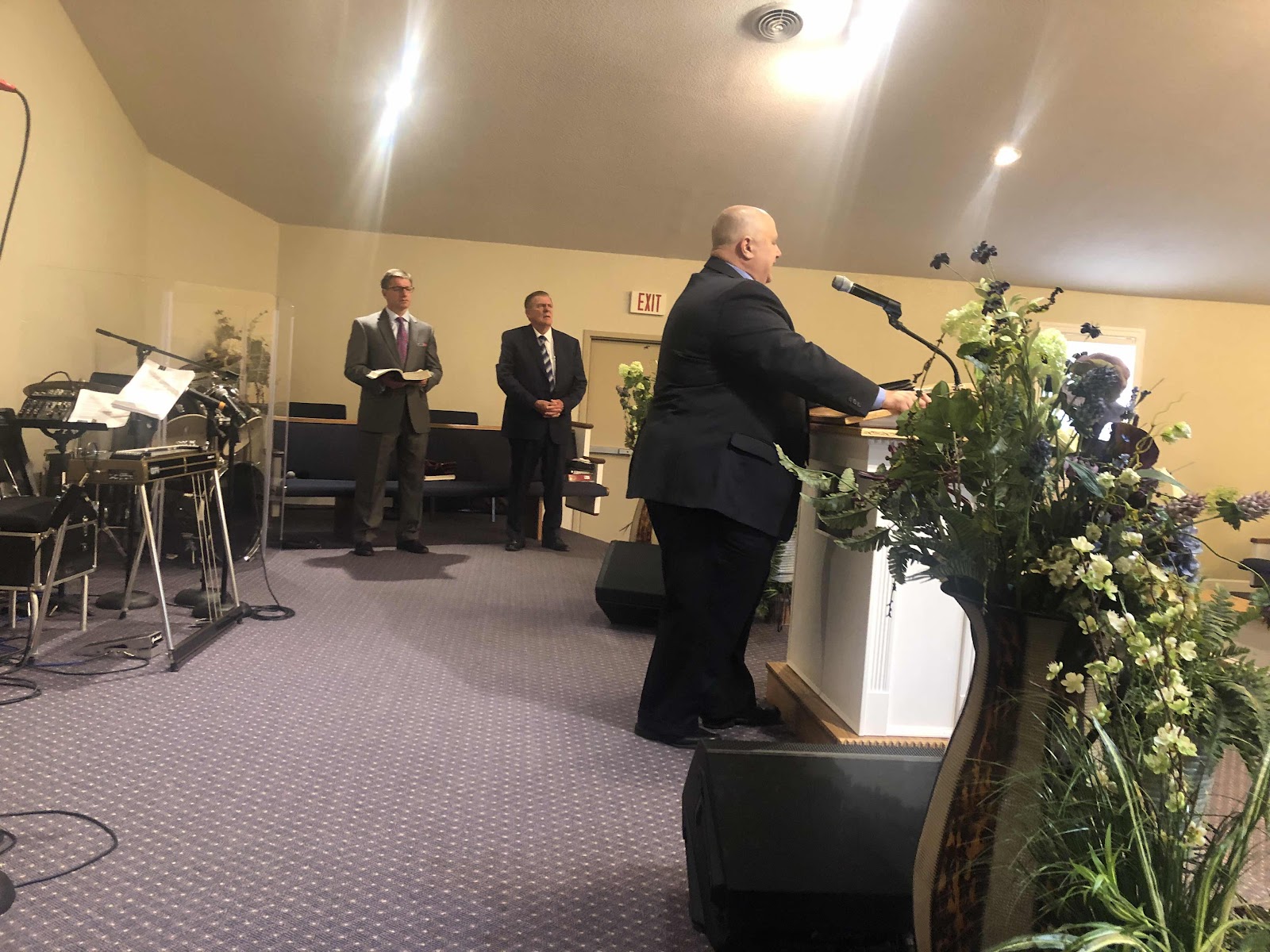 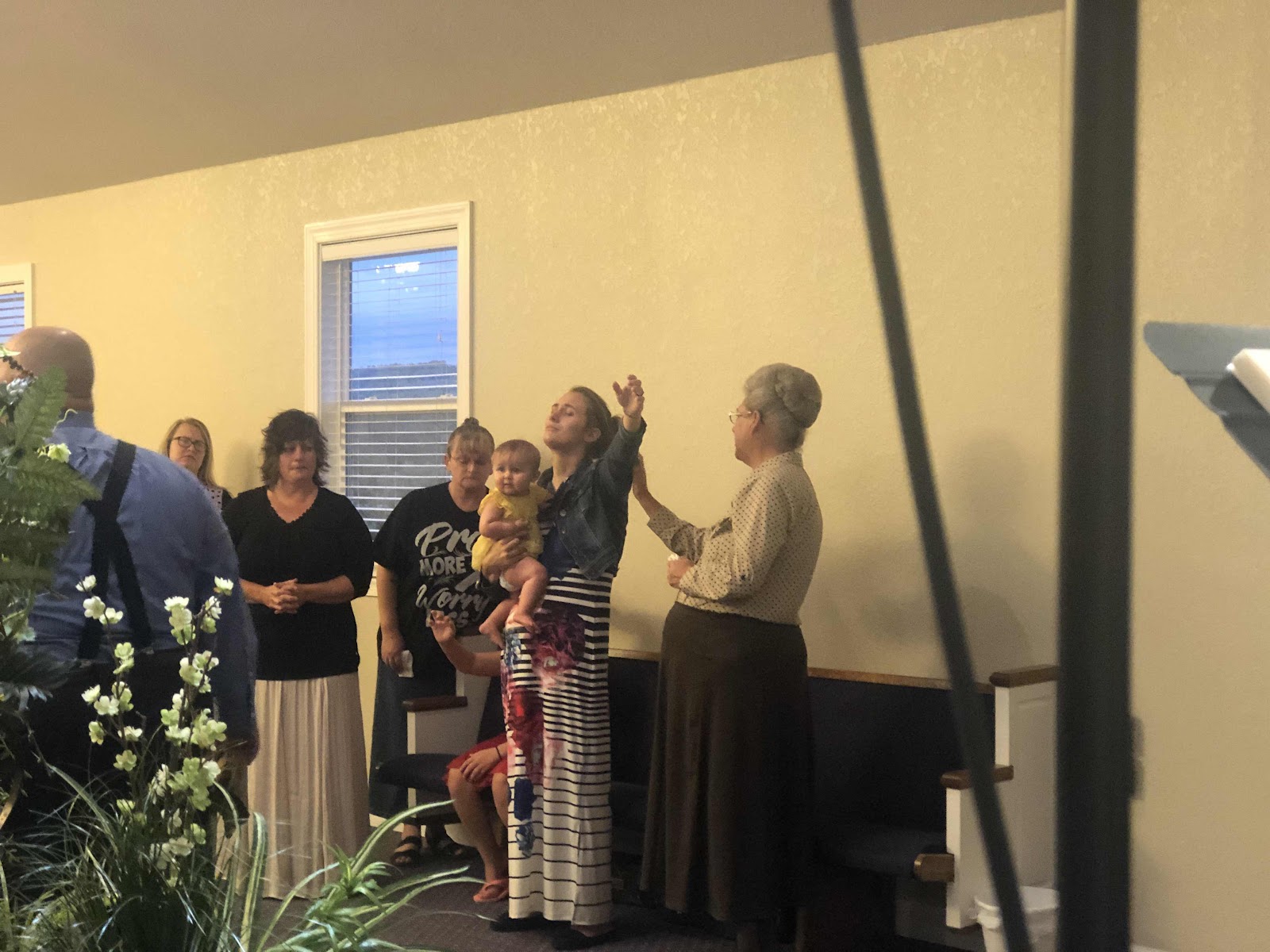 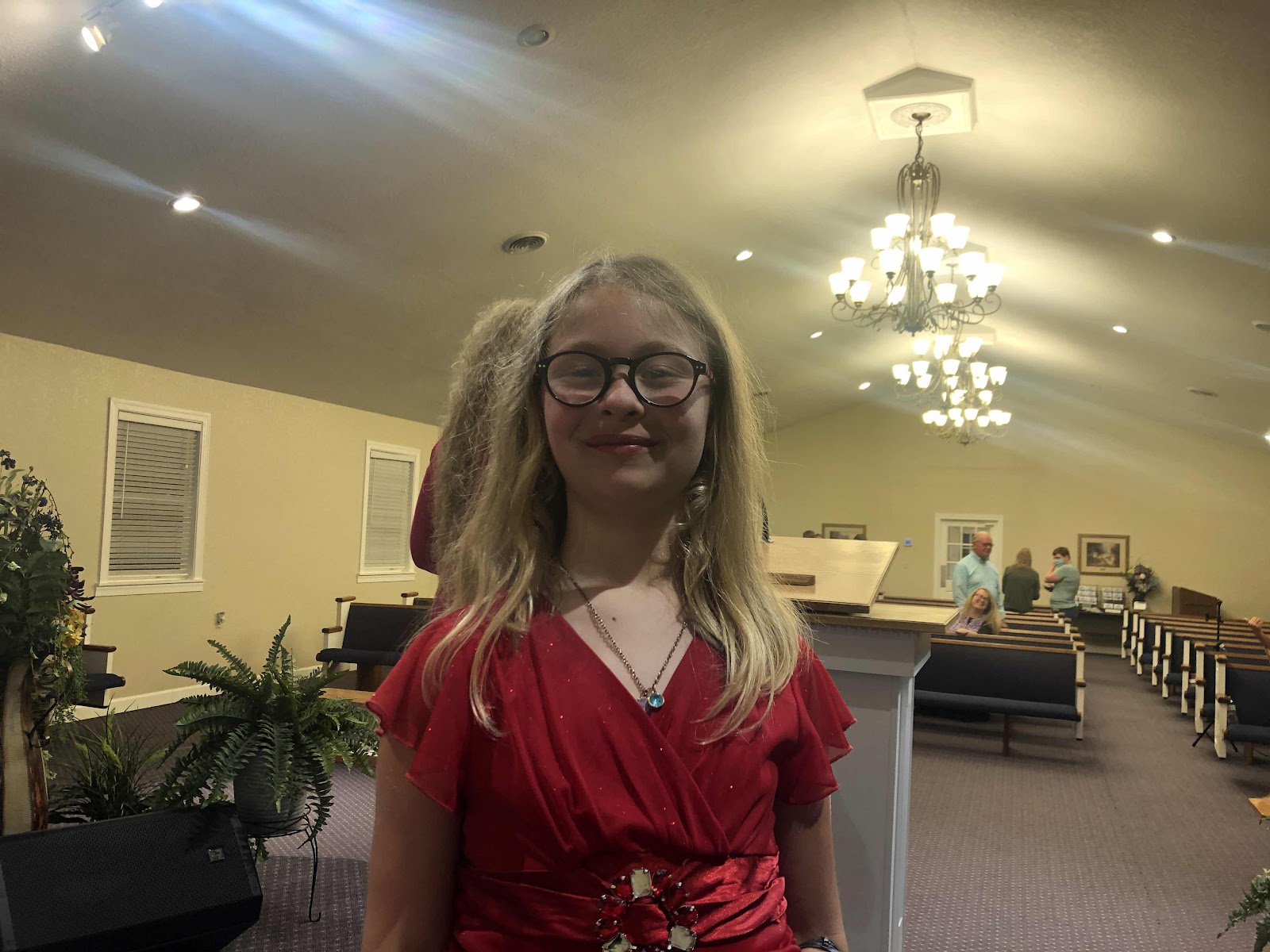 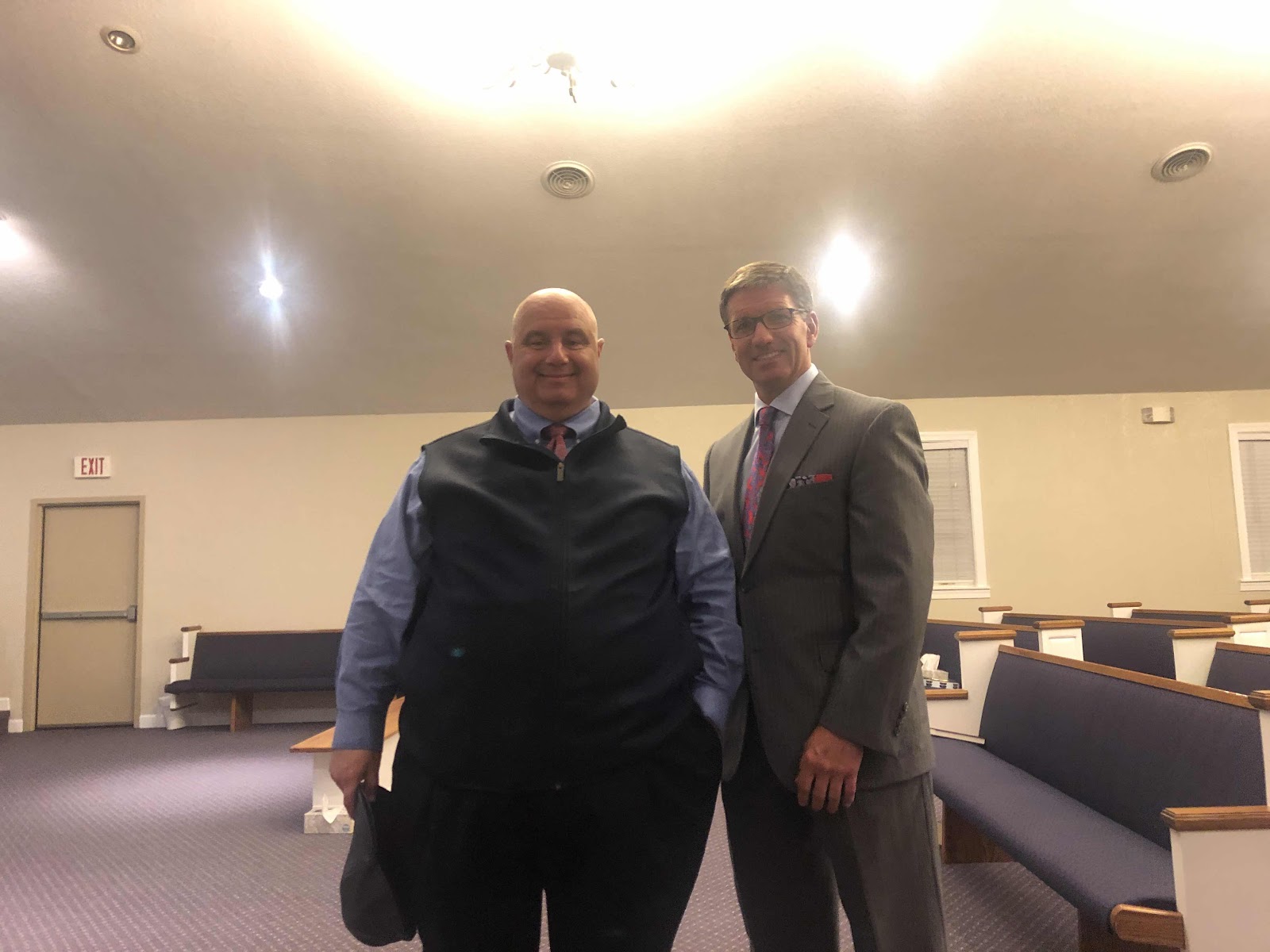 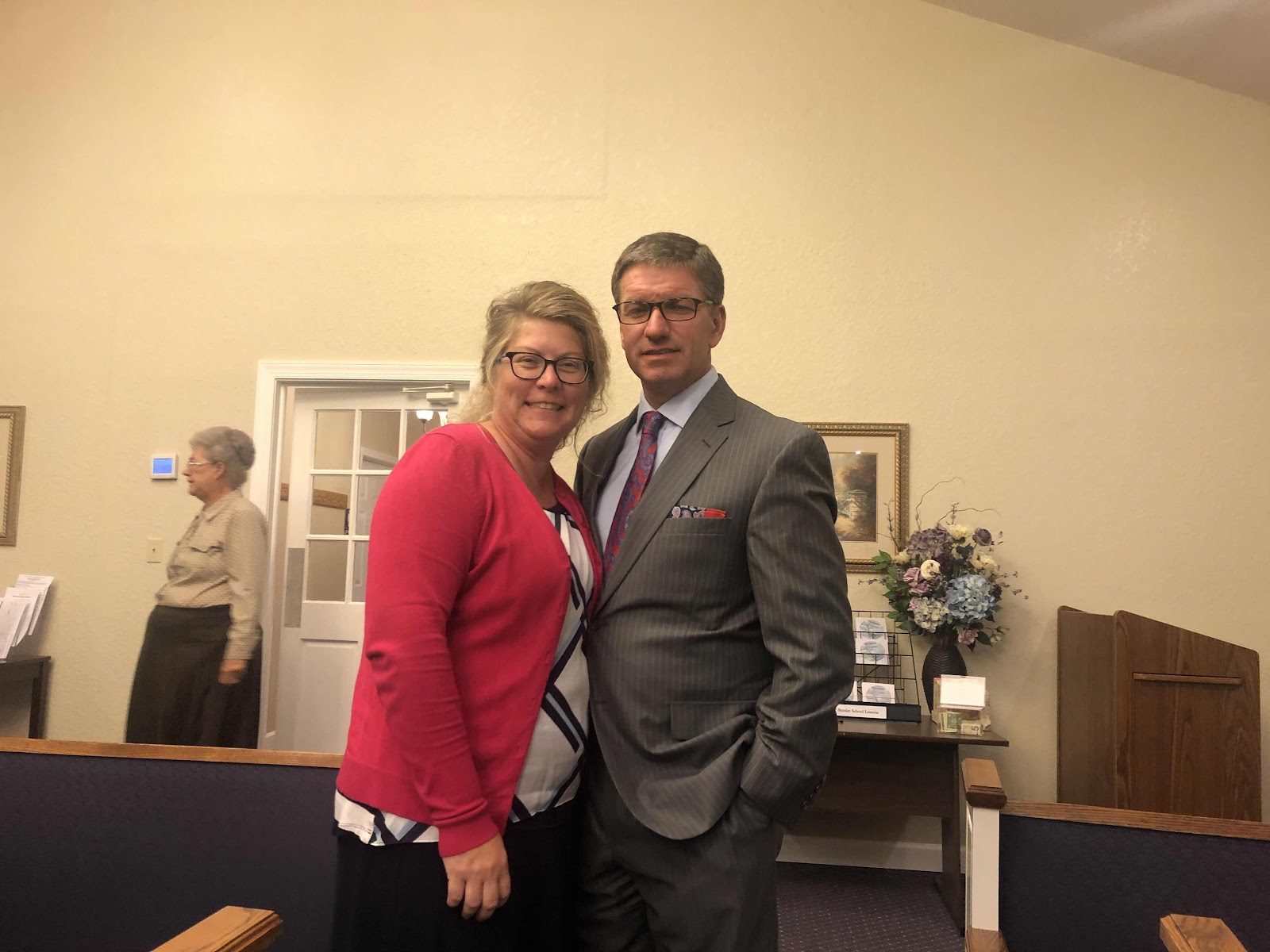 Praise God for a great weekend. Thank you for dropping in today.

Davy
Posted by Davy, Kelly and Odie Boggs at 5:41 AM