We love to celebrate milestones on Mile Markers, hence the name of our little space here. We are all about marking the miles as they roll under our wheels. With the world turning upside down the last few months we let a few important milestones pass us by without any remarks at all.

Today, we want to remedy that.

The first one is the twelve year mark of riding down the road in the BoggsMobile. That milestone was reached the last week of March during the first week of "coronavirus can't meeting".

We purchased the bus on Friday, March 21, 2008, drove to a Flying J in Tallahassee and stayed in it that night. We parked next to our 5th wheel on Saturday, March 29th and began moving into the bus.

It is very difficult to believe the BoggsMobile has been such a big part of our life for 12 years. We fully intended to keep the bus this long IF we lived this long, we just did not expect to live this long. I expected us all to be in heaven by now, but here we are still rumbling down the road. 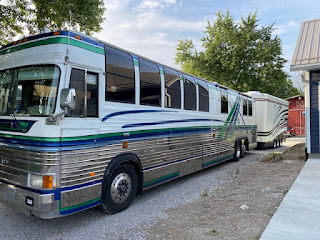 I always add these two pictures from the day we bought the BoggsMobile. You can see the fear in my eyes 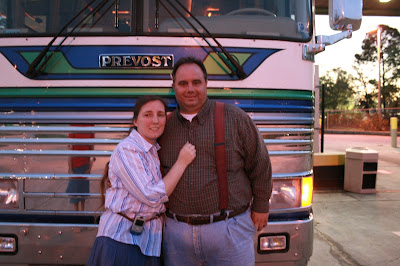 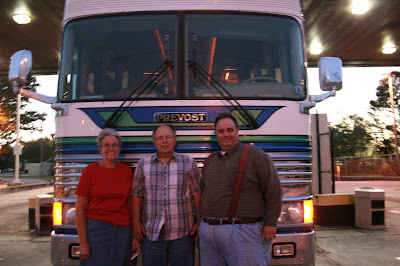 It has served us well. 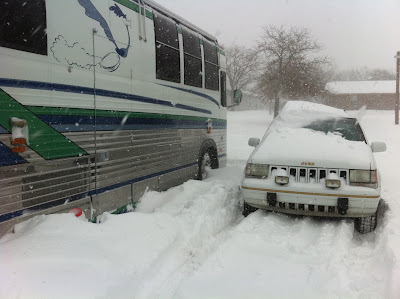 For those that may not know, the BoggsMobile is a 1995 Prevost XL converted by Featherlite in Sanford, Florida. It was originally converted for a family from southern California. The full conversion was delivered in late 1995 and it is titled as a 1996 Vantare.

This coach served that family a few years and then somehow made its way to a family in the panhandle of Texas. That owner traded it in on a newer coach at Florida Luxury Coach which was also located in Sanford, Florida. We purchased it there, less than 1/2 mile from where it was converted many years before.

We are very thankful for the BoggsMobile that serves as our home on wheels as we travel the country trying to fulfill our calling as evangelists. It is a very good home. 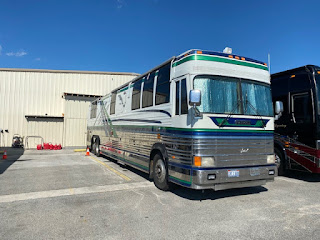 This bus belongs to a friend of ours and is for sale. KJo says it is the prettiest bus she has ever seen. I am going to let her next husband buy it for her. 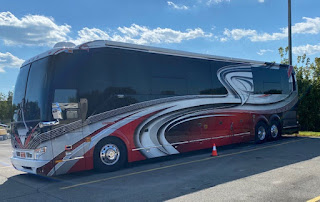 A second missed milestone is the eight year mark of owning and driving the Green Machine. We purchased our Envy Green 2006 Scion xB in early May of 2012. That makes eight years bumping around in our little car. Wow! Although we have put more miles on other vehicles, we have never owned a car or truck anywhere near eight years! That is quite a milestone for us. 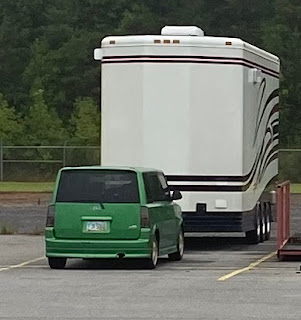 When I looked at the picture above, I realized we have also owned the tent trailer eight years. That fell into our hands, by God's grace, eight years ago in February, two months before the Green Machine.

The final milestone we failed to mention recently is our twenty year mark on the road. We have not been on the road twenty consecutive years yet, but twenty total. We are in our 18th year on the road at this time, but we evangelized full time for 2 years and 8 months from the middle of June 1990 to the middle of February 1993.

But at least we are not pastoring a church!

Thank you for stopping in today. See you soon.

Davy
Posted by Davy, Kelly and Odie Boggs at 6:21 AM