Update: I completely missed the trip in 2004 and added it later on Tuesday morning.

Horace Greeley is credited with the phrase, "Go West, young man!" Whether the credit duly belongs to Mr. Greeley or not, millions received the exhortation and go they did!

Kelly Jo and I could not help but follow!

Following that instinct to go west has blessed us with many, many friends. Here are just a few of the friends from our Monday run to Tacos Tijuana. 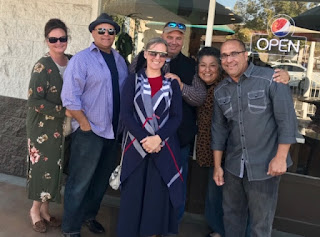 And from last week. 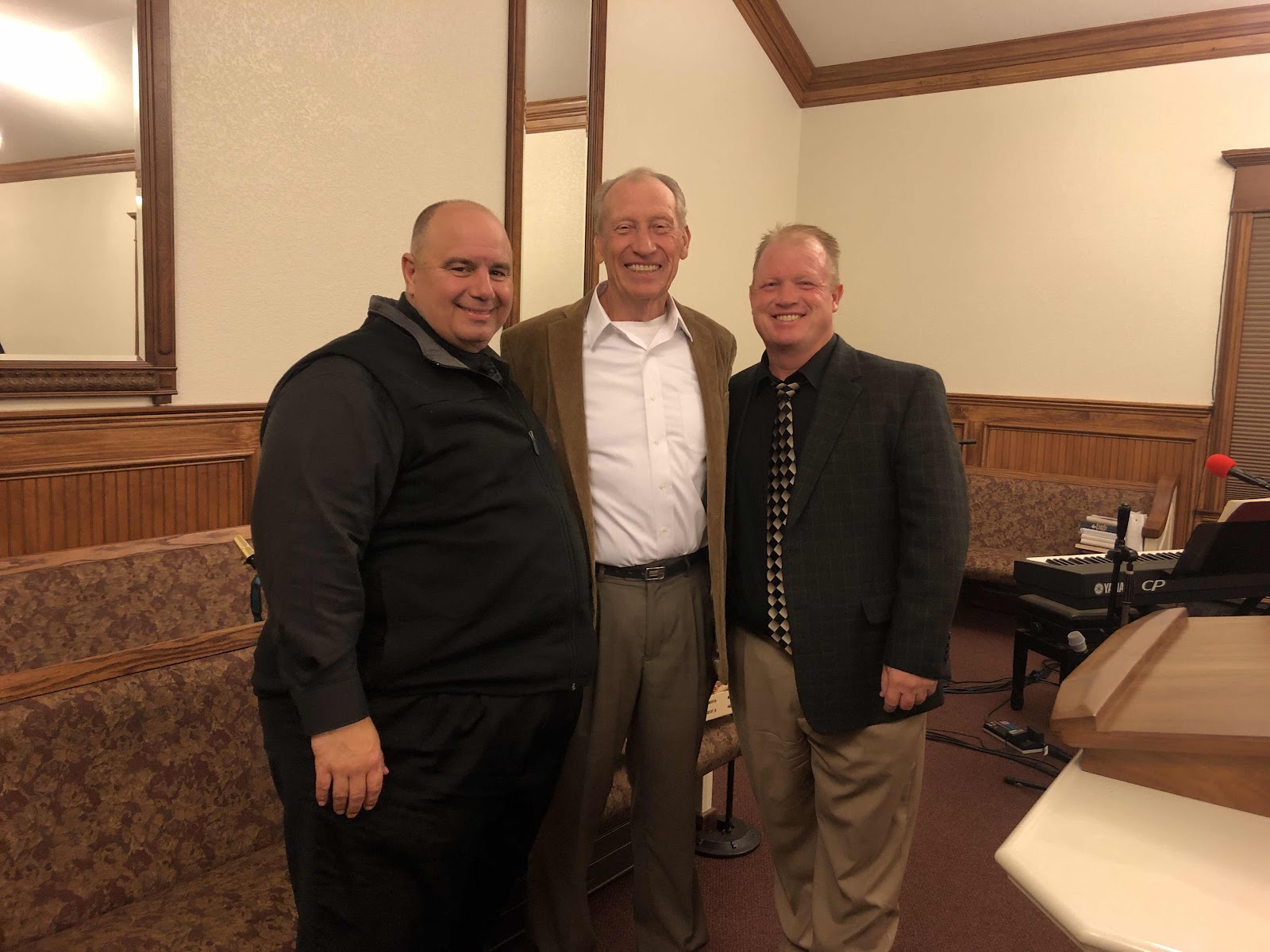 We have had a long and wonderful relationship with the people and the churches of California. These folks welcomed us with open arms on our very first visit 27 years ago and they have continued to do so ever since. I have been to California 19 times that we can remember and Kelly Jo and Odie have been here each time except for two brief trips.

One 1992
It all began while we were evangelizing the first time in the early 1990s. Bro. Rickey Searcy was Pastoring in Raisin City, California and he invited us to preach a two week revival for him. He told me to leave at least four additional weeks open and he would make sure we had places to preach.

We first rolled into California in September 1992. We were traveling by car then and our mode of transportation was a 1984 Lincoln Town Car with almost 200,000 miles on it. It performed flawlessly the whole trip.

We stayed in California six or seven weeks and preached two revivals that lasted two weeks each, another revival, two fellowship meetings and weekends or single services in three other churches.

We also spent part of a week exploring San Francisco, the northern California coast, the Redwoods and several National Parks with Bro. and Sis. Searcy. They even helped us celebrate Odie's 7th birthday in a hotel room near San Francisco.

It was a tremendous trip that stands out as a highlight in the adventures in our lives. There was one negative during that trip that we mentioned among ourselves, California felt so far from home. It was a feeling that we could not shake the whole time we were here.

Although we loved California and the churches of California, real life intervened and we did not make it back for several years.

Two 2001
While we were living in Kansas and Pastoring a church, I made plans to fly to Los Angeles, rent a car and drive to Hanford, California for their annual fellowship meeting at Victory where we begin revival Thursday night of this week. Bro. Rickey Searcy was the night speaker and I wanted to surprise him.

The ticket I booked was super cheap from Wichita, connecting somewhere and going into LA. It was scheduled for September 18, 2001. As you know, September 11 forever changed our world AND temporarily closed most of the airports in the United States.

A week later Wichita airport was still closed. I drove to Kansas City and flew a convoluted route that finally arrived in LA the next morning. The main thing is that I finally made it back to California, surprised Bro. Rickey and was reunited with all of my California friends.

Three 2003
When we hit the road again in January 2003, we almost immediately made plans for a tour through California. We left out Hitchhiker fifth wheel in Oklahoma and drove out Chevy truck out for two or three revivals. It was a great, great, great trip and we loved every second of it.

During that trip we also revisited some of our favorite scenic California places and some new ones as well. We also met new friends and preached in some different churches than our first trip.

Four 2003
That trip was so good, we could not stay away. In September of 2003, we made a flying trip to California in order to preach a revival for Pastor Hilton in Merced. That was a whirlwind trip that we will never forget.

That trip ended with quite a bang too. We had left our Hitchhiker fifth wheel parked at Allen Church near Branson. We had just ended revival there so we drove the truck to St. Louis and flew to California from there.

We arrived back in St. Louis and immediately drove the nearly four hours back to the trailer, arriving way up in the night. I unlocked the door and began to open it. I noticed some movement overhead and looked up to find a humongous snake making its way toward me. It scared me half to death and maybe a little further than that.

A man in the church (Who shall remain nameless) had tied a rubber snake to the top of the camper door so that it would scare us. He was actually out to get Kelly Jo, but he got me good!

So ended our fourth trip to California in scary fashion, but that did not discourage us from going back.😀

Five 2004
Our fifth trip to California was a flying trip in July of 2004. We were doing the special singing for Pastor Joseph Chambers in Charlotte, North Carolina the last week of June and we flew to California to preach the camp meeting for Bro. Hilton in Merced the next week.

The following year, we did the exact opposite. We were in California with the truck and trailer and flew to Charlotte to do Bro. Chambers meeting.

Six 2005
Our sixth trip to California was a special trip for two reasons. Number one, it was the first trip that we planned to pull the trailer that far west. Secondly, it became part of our epic accidental vacation that I documented for several weeks earlier this year in our Accidental Vacation.

During that 2005 visit, we preached a camp meeting several revivals and preached our first time for Pastor Spencer at Riverdale. It was another outstanding adventure.

I suppose I have rambled on enough, I will try to tell you about other California trips at a later time.

Davy
Posted by Davy, Kelly and Odie Boggs at 3:17 AM