Our Weekend In The Review Mirror April 30

Sorry about the post/non-post yesterday. There was no way to pull it all together, post it, get rest and drive all day again Monday. However, I knew if I did not post at all, my Mothers across America would be jumping to drastic conclusions as to our whereabouts and health. Yes, I did say Mother(s) plural, you know who you are.😀

Weekend
I think I should begin the weekend report after church Thursday night as we closed revival at Tunnel Hill in Owensburg, Indiana. I posted pictures of the revival Friday.

As soon as Bro. Lakes said "Amen", KJ broke down the sound system and a few of the men helped me carry it out and load it up. They made quick work of it and soon we were cranking the BoggsMobile and saying goodbye to our friends.

Last week's exit from the parking lot of Calvary in Brooks, KY was difficult because the road is so narrow. The exit at Tunnel Hill is difficult for a different reason. The drive goes down a hill from the church and then pretty abruptly goes back up to meet the road that is a little slanted toward the other direction.

It has the potential to cause us to drag in the back and to high center on the belly of the bus. For my records, this is what I did to make it very easy this time. I removed the Blue Ox hitch from the receiver and then I held to the left side of the drive going down the hill. At the bottom, I turned right sharply to carefully exit the right side of the drive. It was perfecto.

When exiting the church to the right, it is only 4 miles to I-69 and there is a wide concrete shoulder on the southbound exit. Pastor Lakes met us there and helped as we put the hitch back in and hooked up the Green Machine. 15 minutes after we left the church, we were southbound and down.

We were very thankful for the little break in the downpour of rain while working outside to leave. The break did not hold for long and we drove in the rain most of the way to Nashville. It was only really hard for a few miles and we did see a few miles of nearly dry pavement, so it was not too bad overall.

I-69 is completed to the south side of Evansville, Indiana. We followed it all the way. Then we exited on 41, crossed the river and through the Henderson business district. It becomes limited access again in a couple of miles. Easy-Peasy.

We had no trouble at all and four hours and 15 minutes and 256 miles after we left the church we were pulling into Prevost Nashville to park for the night. It was a little after 2:00 AM eastern time, but we had gained an hour in Evansville.

This short night of travel was significant for us. This was the first time we had traveled at night since the bus coasted to the side of the road with a major breakdown near Houston, Texas January 24 about 9:00 PM at night.

It felt good to get that first post-repair night drive behind us. It felt so good that we also drove Friday night, Saturday night and Sunday night. What happened to moderation, Davy?!?

We were in Nashville Friday to for the Isaacs Passover event and while we were waiting to follow Ben to the venue Saturday, we had some very important visitors. Sonya's two youngest and Valencia came to sit and play a spell on our bus. 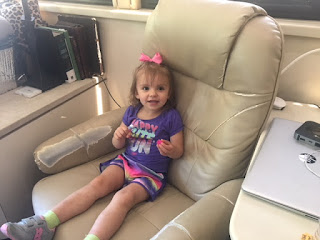 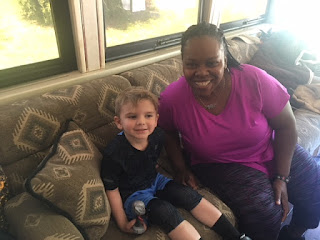 I had already been on their bus making friends while they were eating. I know I am not supposed to eat french fries and I usually do not unless KJ slips me one or two. But when two little ones are competing with one another over who can be more polite to the visitor, I confess to eating a couple, much to their delight.

The Passover Event was lovely. Every moment of the evening was beautiful and informative. We loved it all. Hearing Alison Krauss sing with the Isaacs around one microphone with only Sonya's mandolin, Becky's guitar, Ben's bass and Alison's fiddle was the highlight for us. It will probably stand as a highlight of the decade for me. Indescribable! It was THAT good!

I took a few pictures, but Odie took more and will tell you more about the event, I am sure. 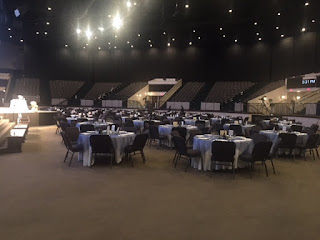 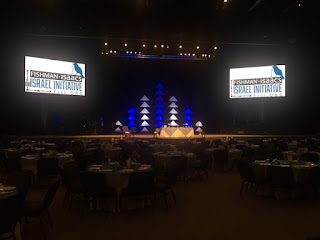 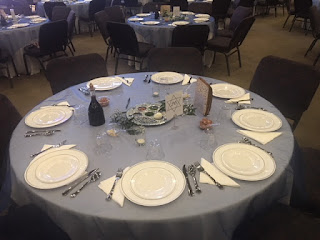 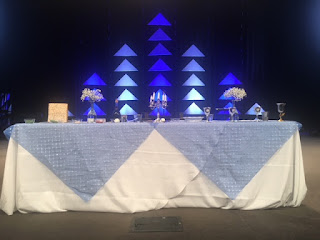 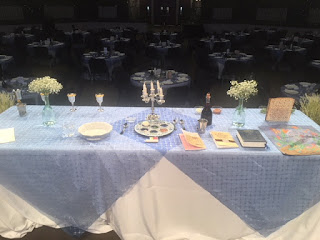 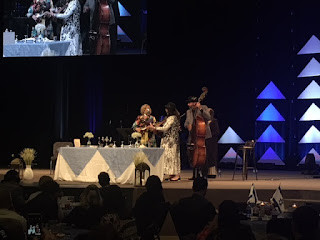 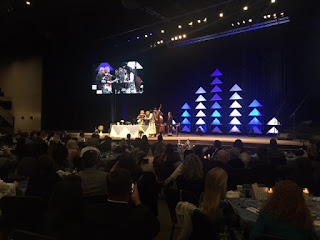 It was late when we finished that night and we hit the road afterward. We only had a few hours to spend at home Saturday so I intended to drive the whole distance that night in order to make the most of it. The short night before caught up with me and we stopped in a rest area for a few hours sleep.

We stopped for fuel at Love's in Sparta, Kentucky. This Love's poured new concrete for their long drive back to the truck islands about 6 months ago. They made the lane oneway during the process and controlled the access with a traffic light. We happened to stop for fuel while that was going on and it was a mess getting in and back out. It took a long time.

6 months later they closed one lane again and brought the traffic lights out of retirement to repour one small section. Would you believe that with all of the places in the country we could be and all the places we could stop for fuel, we happened to turn into Love's in Sparta on both days of construction. 6 months apart! 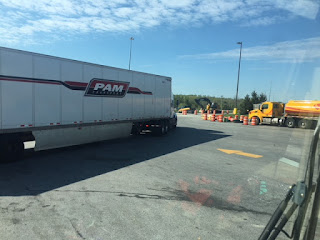 Yep, that is our way of living. It took a long time again, but we got a laugh out of it. 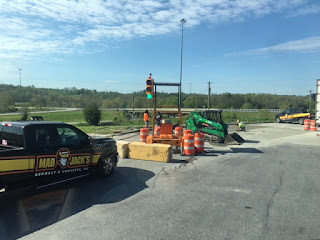 We spent about 9 hours at home, but to be more accurate, an hour of that was spent in Acapulco with my parents! 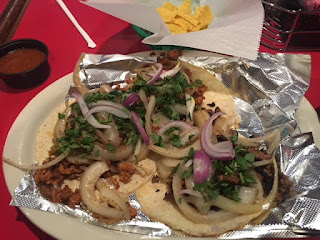 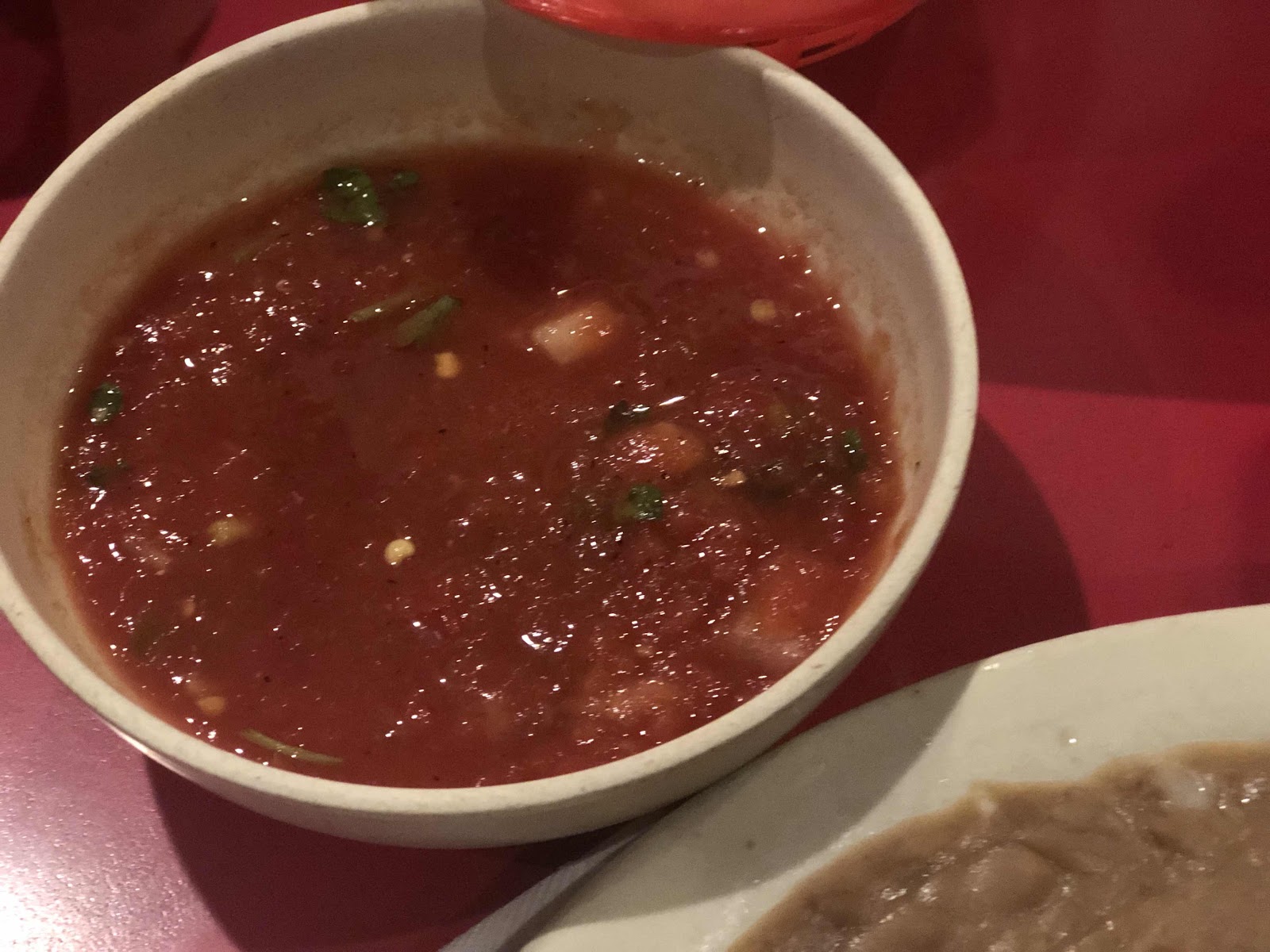 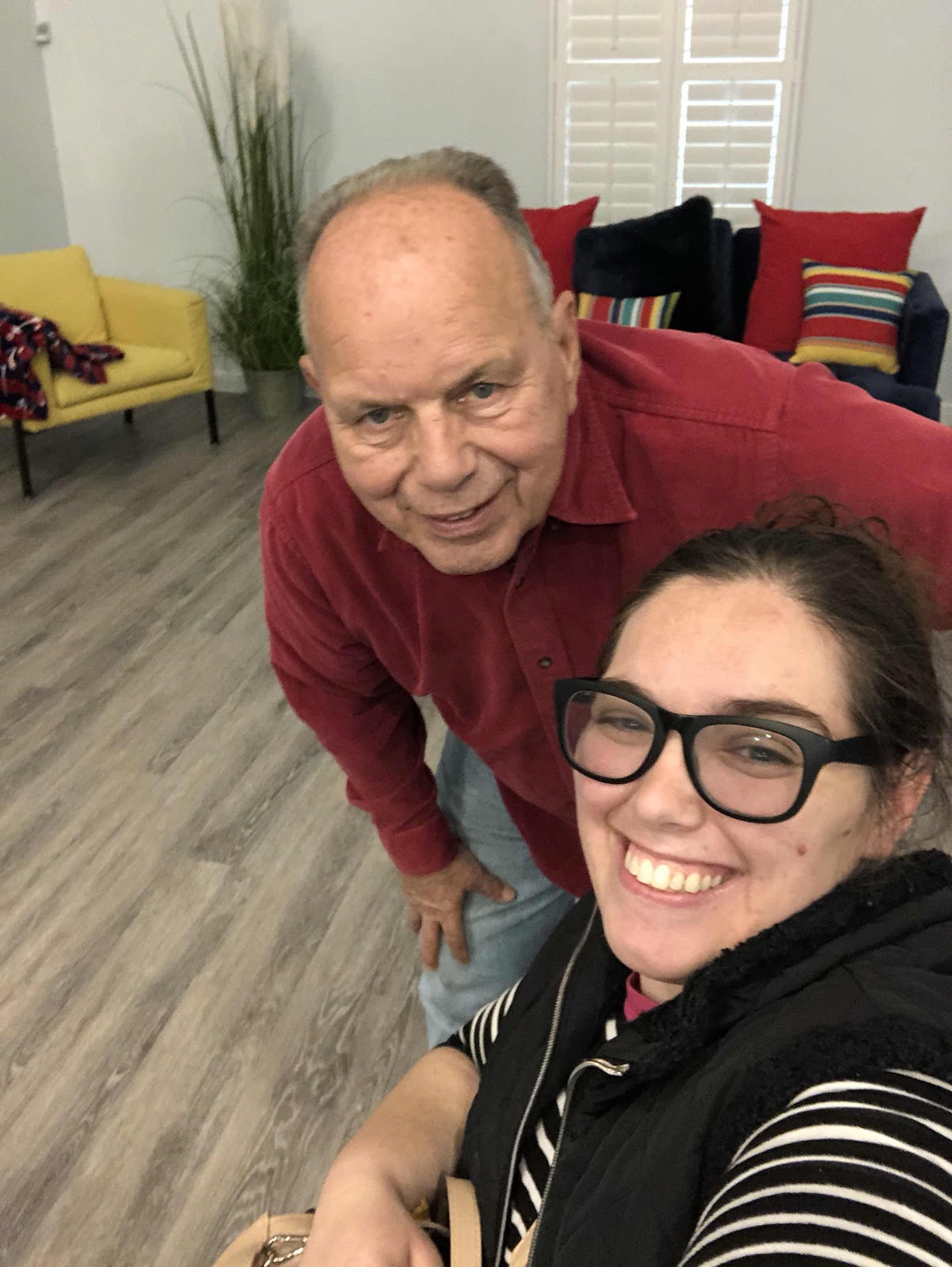 Odie did get to spend several hours in her home during the day. I think she enjoyed it.

I needed to shuffle some sound equipment between the barn and the bus, plus take two of the rack mount item out AND learn how they were wired. I am making some changes that I will tell you about later.

The girls followed me to Hamilton so that they could make a stop on the way and Odie wanted you to see how bright our new LED lights are AND how crooked her pictures are. 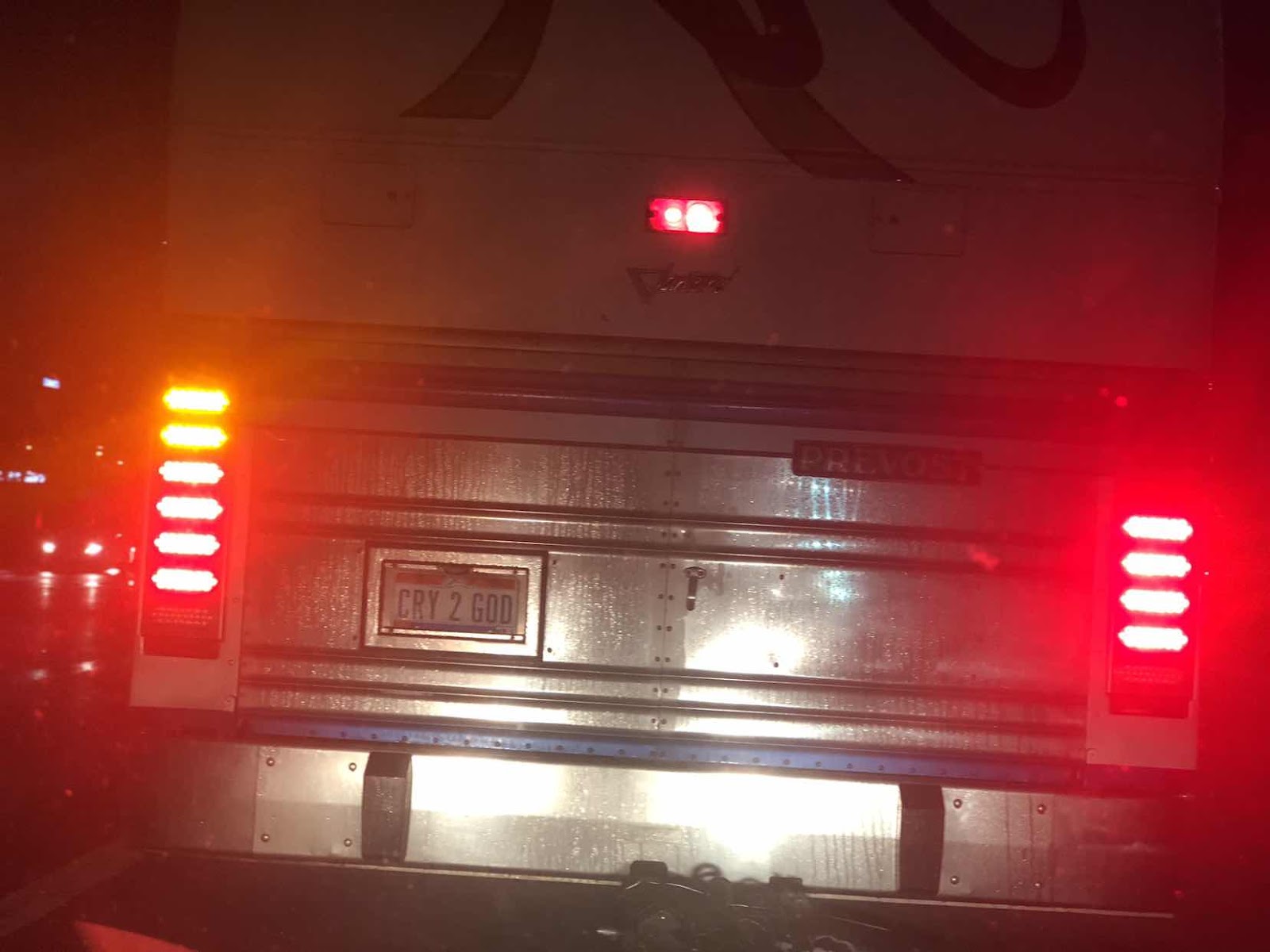 We drove to Hamilton Saturday evening to be in position for load in of equipment and church Sunday. We had a great day there with great friends. 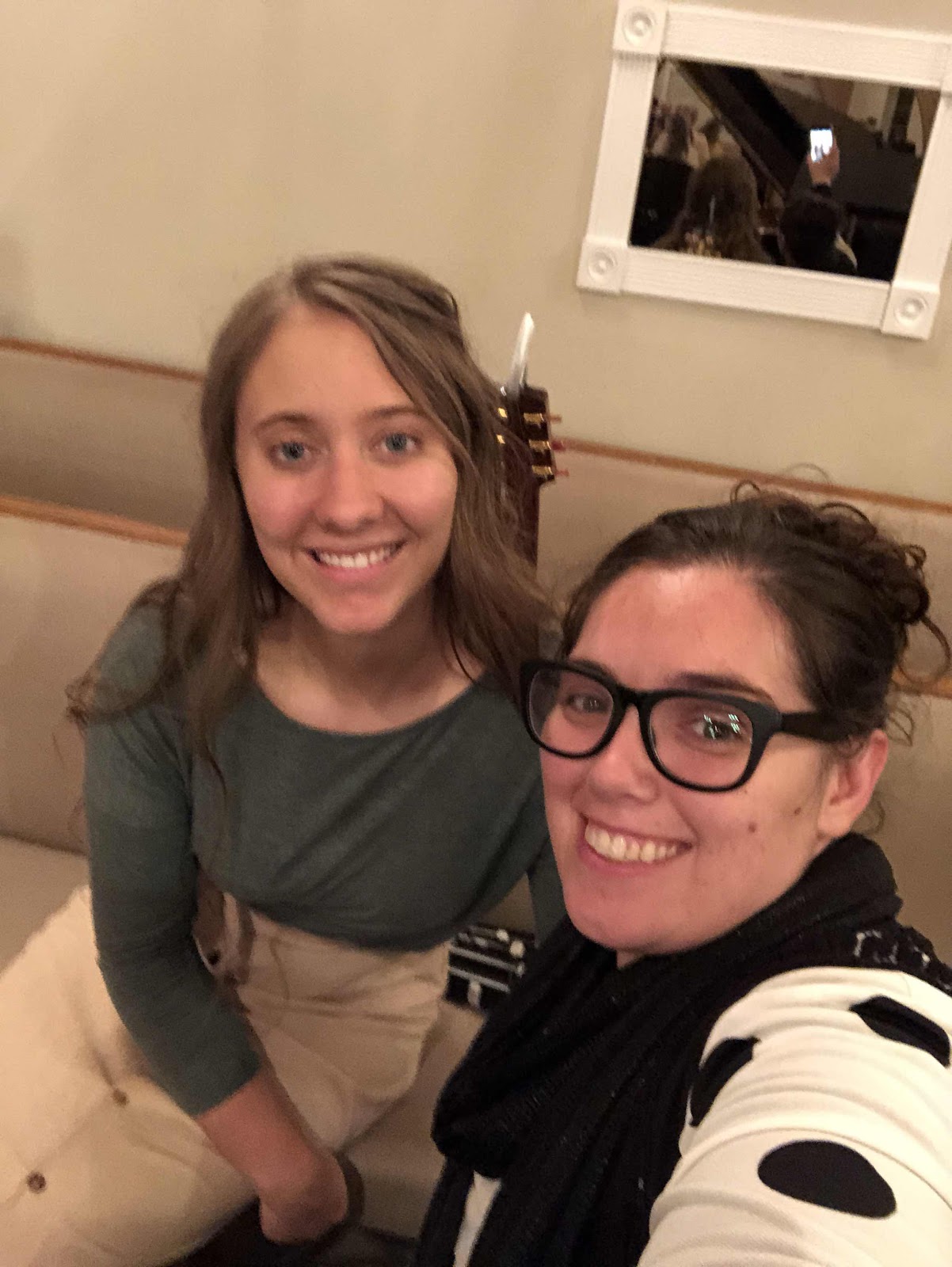 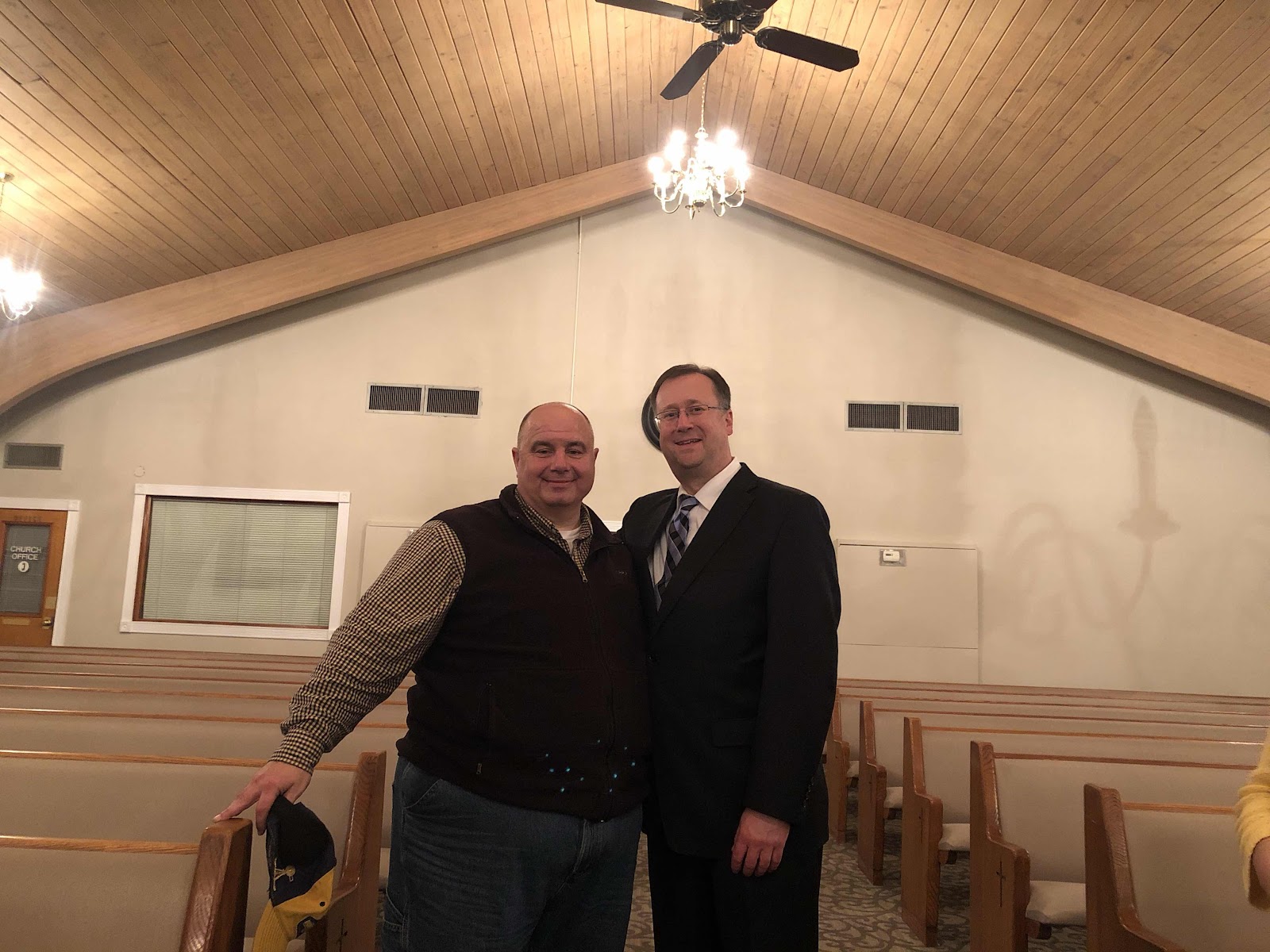 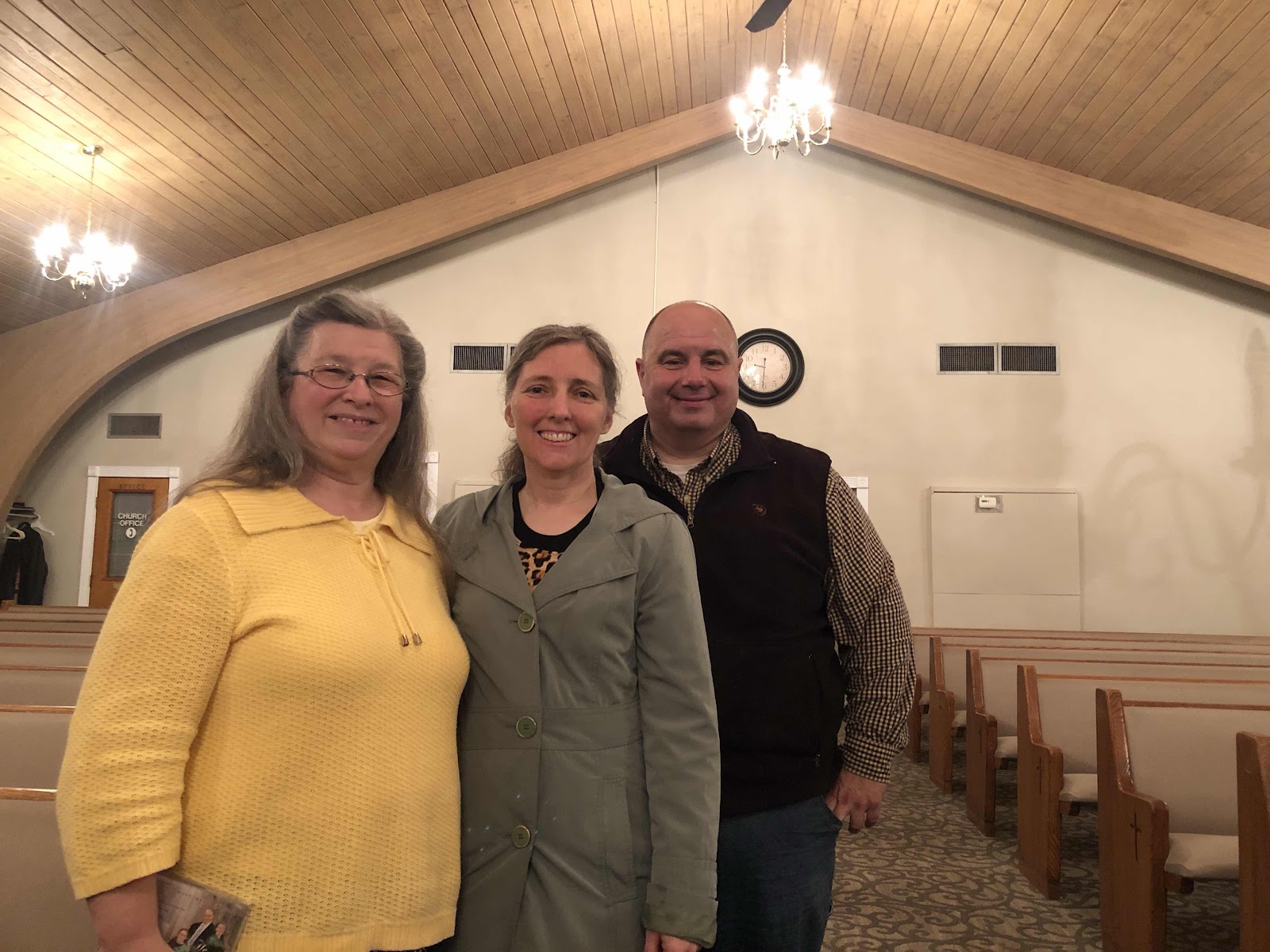 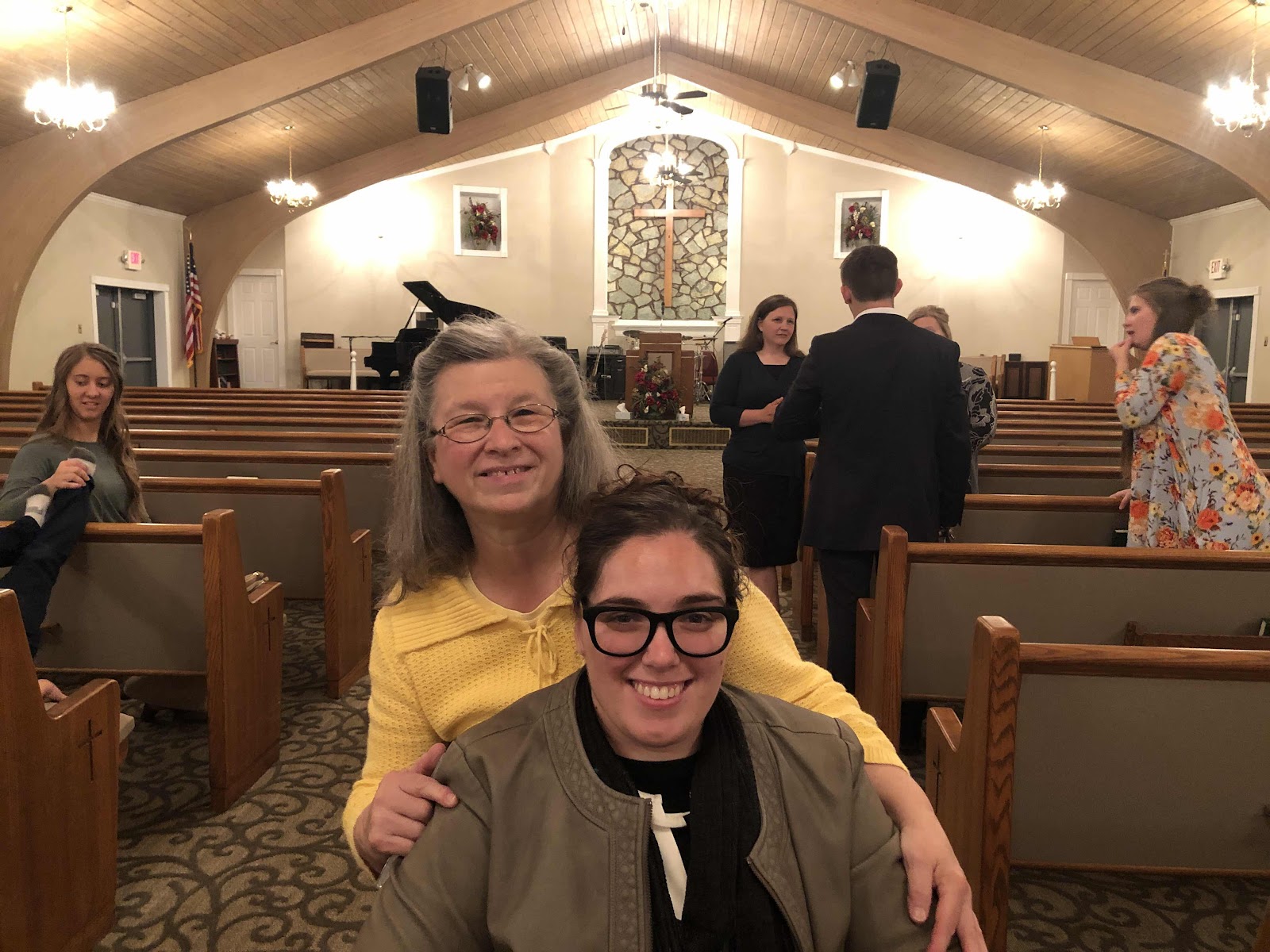 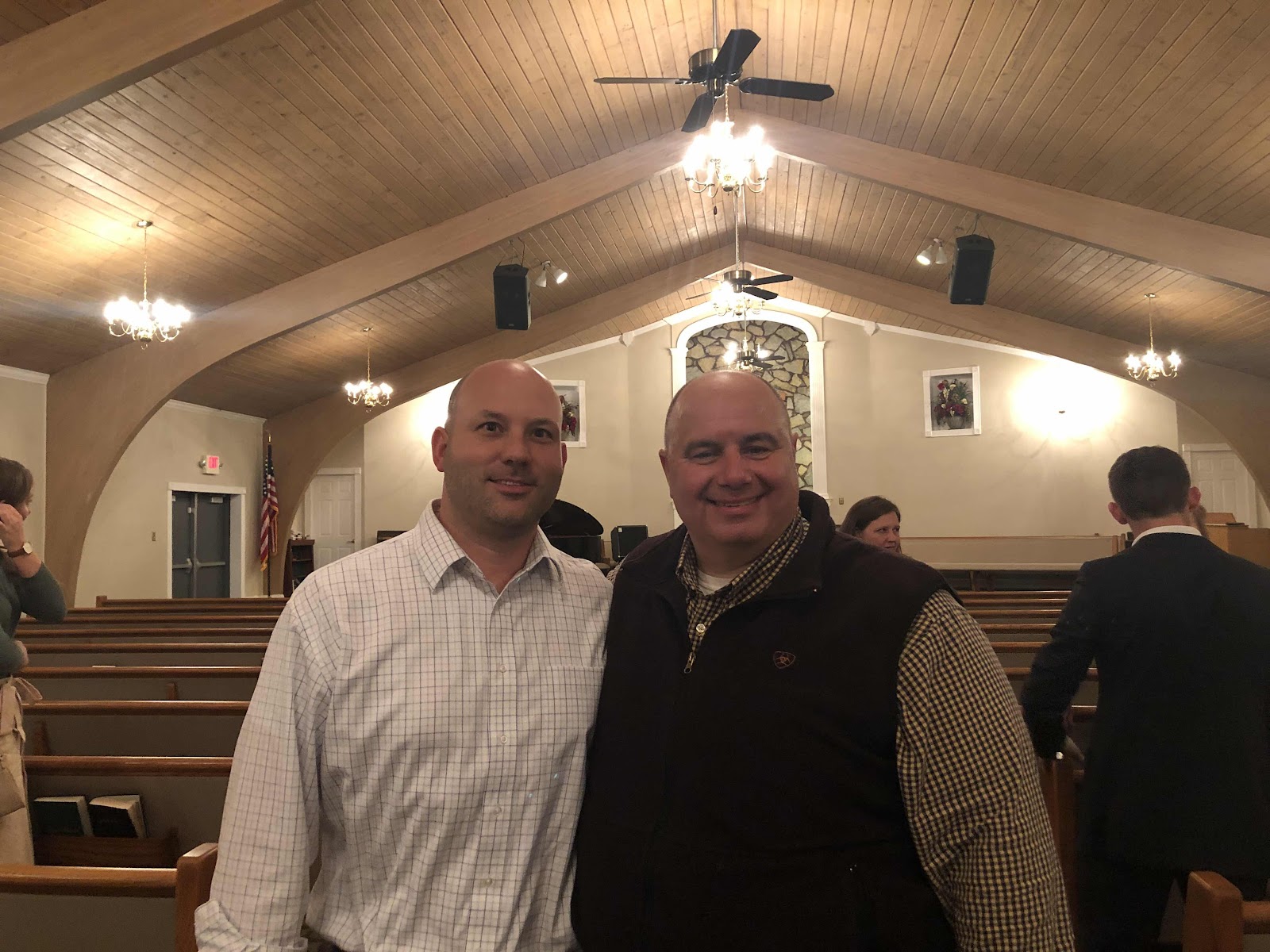 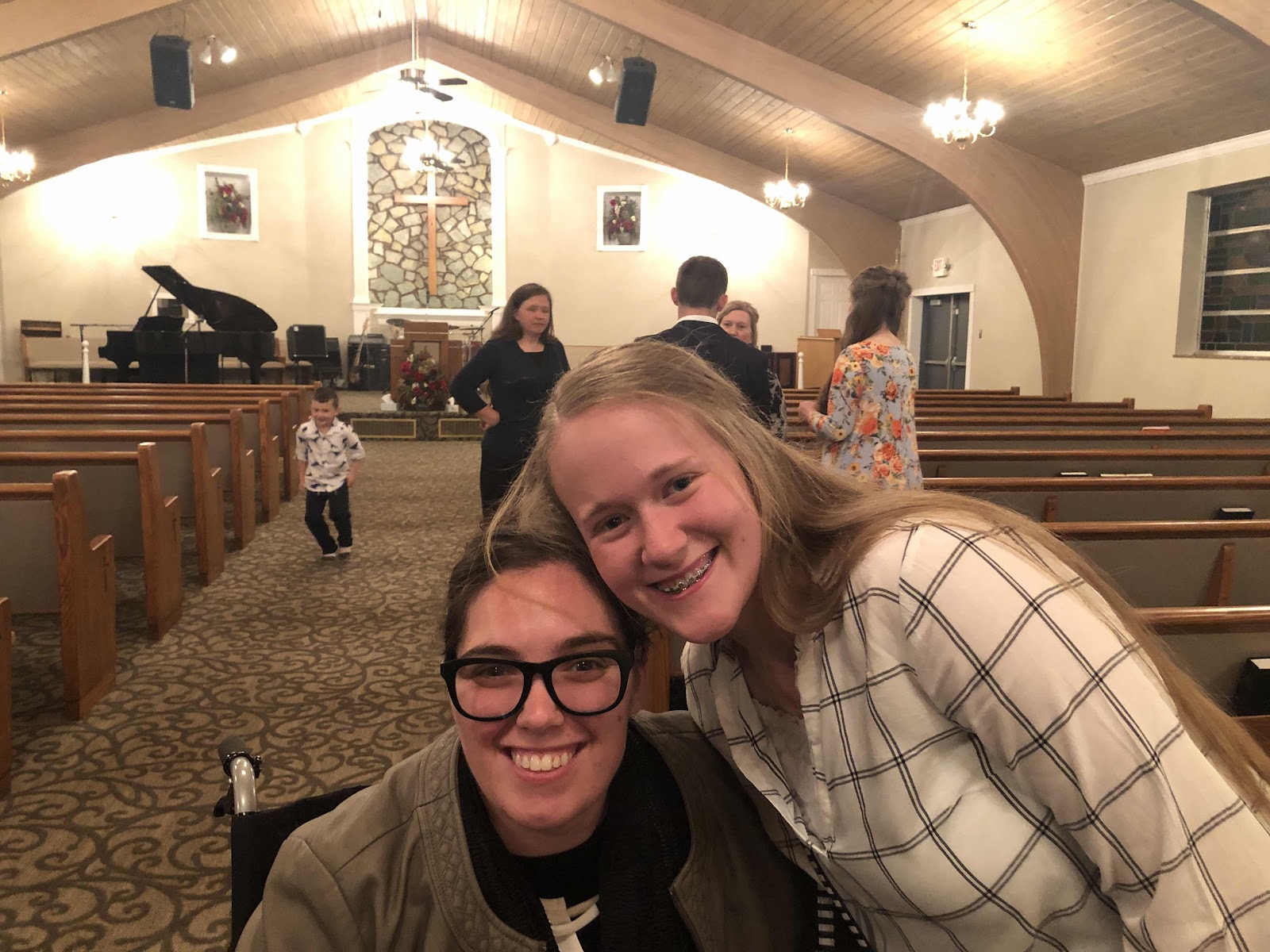 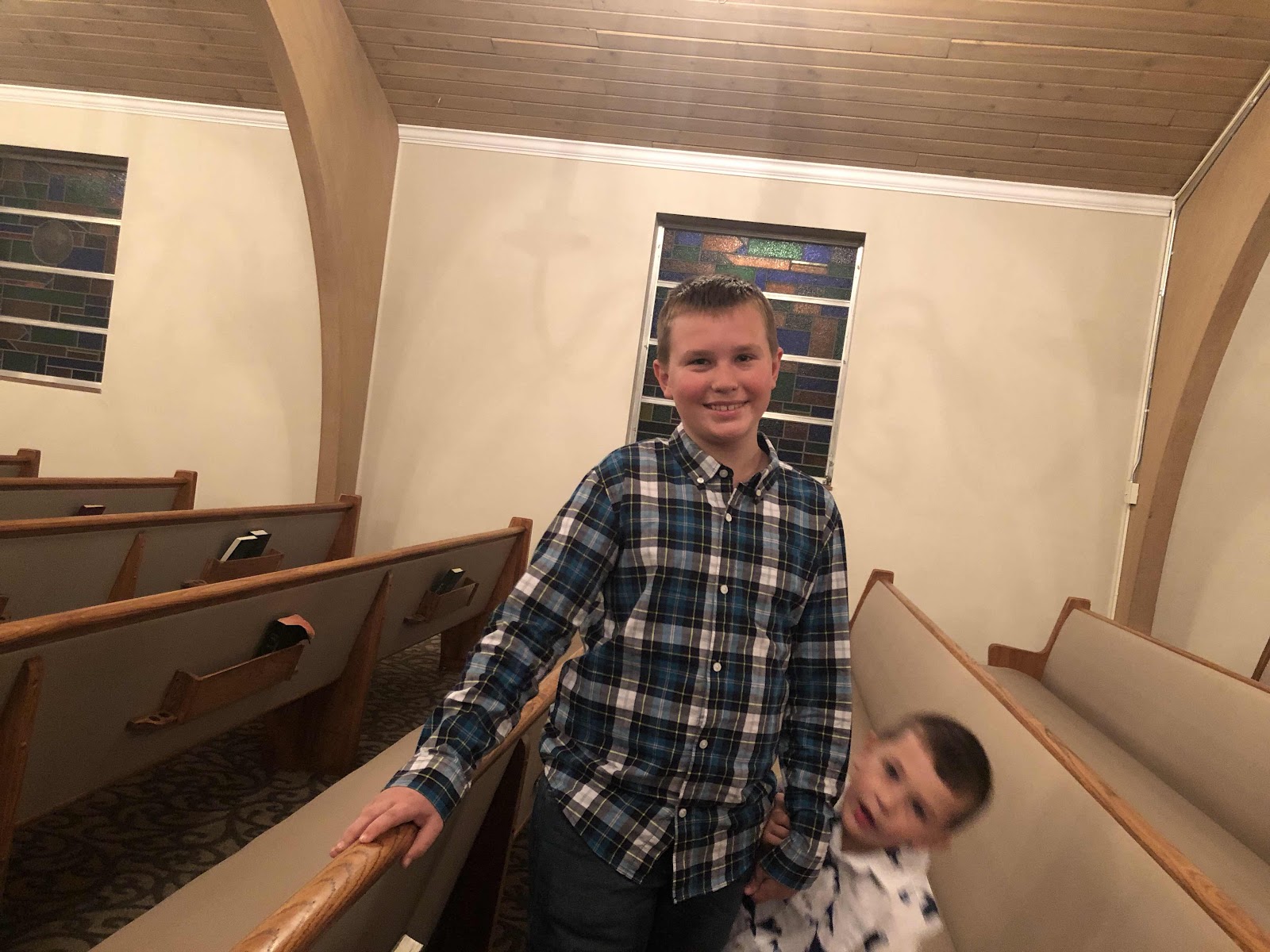 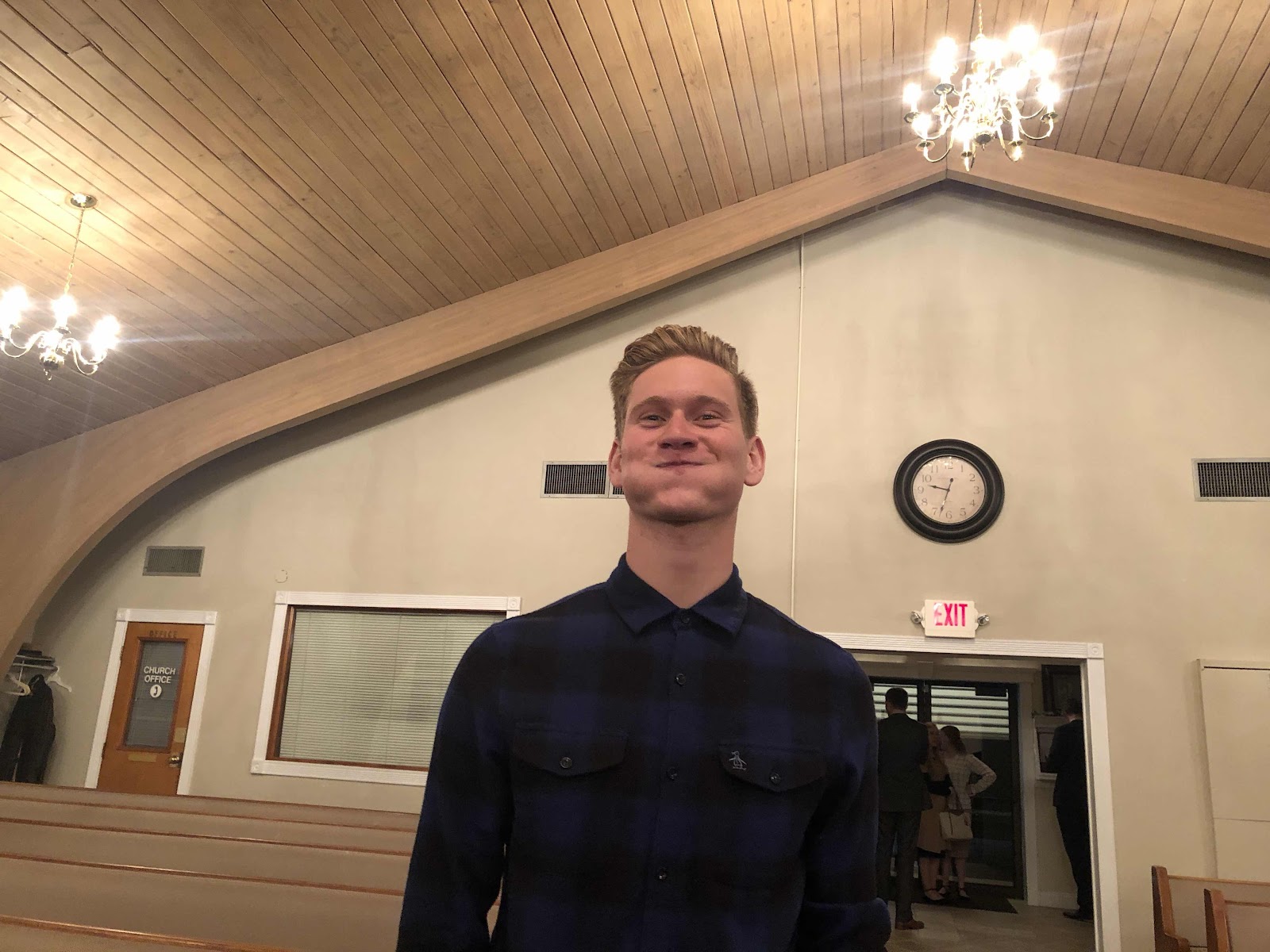 We left at 9:40 PM Sunday night headed west. We drove through a few periods of sprinkling rain, but other than that, it was a gorgeous night to drive. 7 hours after we left and 433 miles down the road, we pulled into Flying J in Sullivan, Missouri.

I slept about five hours and after a few minutes, we hit the road. We drove about 6 hours, 422 miles and ended up at Flying J on the north side of Oklahoma City. We are 110 miles from the church in Ardmore. I had hoped to get a little closer before I stopped last night, but I could not do it.

I needed to stop driving while I had a few brains cells still working. Paperwork was piling up on us at the end of the month and we plowed through some of that last night at Flying J. There is more to do, but we made a big dent. We plan to finish the drive this morning and get ready to crank up for four nights of revival.

That takes care of our weekend and Monday. Thank you for dropping by.

Davy
Posted by Davy, Kelly and Odie Boggs at 6:00 AM