The Art of Understanding

I do not understand the taxpayer funded National Endowment For the Arts spending over $5 Billion to promote art between 1965 and 2008. They have spent nearly $2 Billion more since then. Some of the projects that were paid for by our tax dollars were absolutely obscene by most community standards.

Do you think I am crazy? Are you a fan of the whole concept of throwing hundreds of millions of our dollars each year at starving artists so they can afford to focus on creating without having to be burdened with making a living or figuring out a way to be profitable and productive taxpaying citizens?

If so, please help me understand. I am open. Why are the artists that painted the paintings below, easily found on Google Search, worthy of using my money to live on rather than working a job or running a business like the rest of us?

Oh, and here is one "piece of art" photographed by me in a public building recently. I have no idea if it was funded by the NEA (Our money) 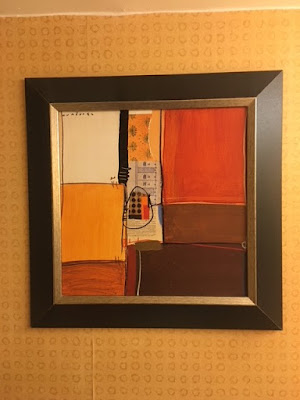 Like I said, I am open to a reasonable explanation as to why this art is, #1 special, #2 worth taking my money that I earned and giving to the artists so that they do not have to flip hamburgers, dig ditches, build houses or trade stocks during the day so that they can afford to create art in the evenings and weekends?

I do not own any of these paintings and I did not create them. However, I dare say that my Mother probably had artwork by "little Davy" hanging on her refrigerator nearly 50 years ago that could have given some NEA artists a run for their money.

Too bad I did not know how to apply for a grant from the NEA at 3 years old.

Davy
Posted by Davy, Kelly and Odie Boggs at 5:22 AM