We intended to get on the road Monday evening toward Oklahoma. By late afternoon I could feel my determination to hook up and roll slowly sliding down into my socks. We bit off more than we could chew so we will try it again this morning.

I had to take care of some business in the morning and wanted to complete a few tasks before we left for the next 5 weeks or so. I also had some sound equipment to sort and load in the BoggsMobile and a few things to secure in the tent trailer.

I had hopes of rolling by 2-4 PM, but could not. Steve helped me with the bus and trailer. If he had not, I would probably not be able to leave this morning.

The main project for the day was a cabinet/wall in the utility/mechanical room.

I mentioned earlier that the plumbing inspection passed and we were glad to get that behind us. The plumber finished a few other things after that and as far as I can tell, all is well on that front. Like every project, there were hiccups along the way and we had a few in the plumbing.
Scott Hines Plumbing
One hiccup was the water lines making their appearance in the world in the utility room rather than where the wall was going to be framed. We could have built the whole wall a few inches over, but I had already cheated too much space from the room to do that.

In hind sight I could have built a 5' section as a 2x8 wall, but I did not consider that option. We just had to deal with it.

The plumber did the best he could and here are a few pictures of the progress and the end result. 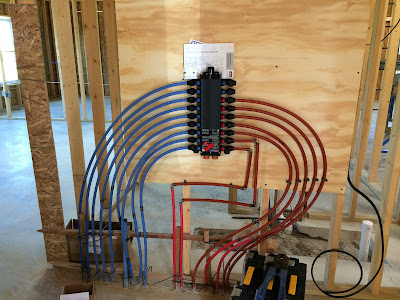 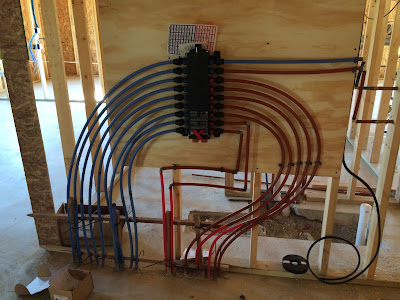 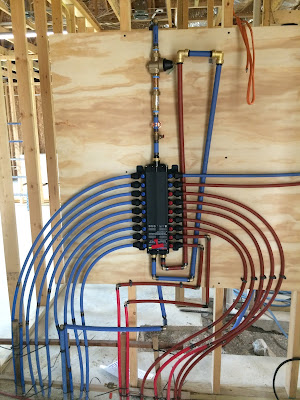 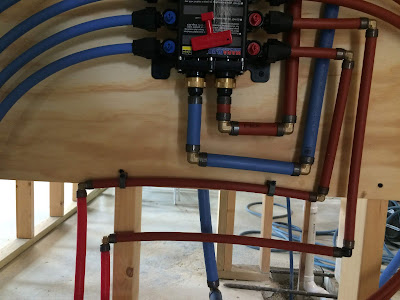 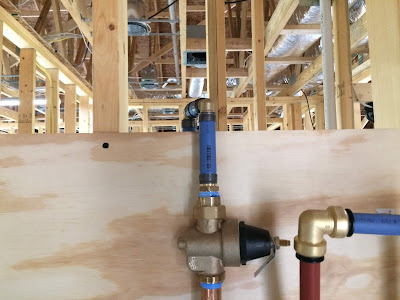 It might not be so bad, but this was the view when you entered the house from the garage! 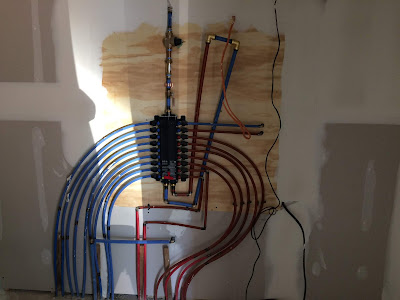 I knew I would cover it with something and one of the inspectors suggested building a little cabinet around it when the house was finished and everything was in place in the utility room.

I tackled that yesterday so that my father in law could paint it when he comes back to touch up the rest of the painting in the next few weeks. 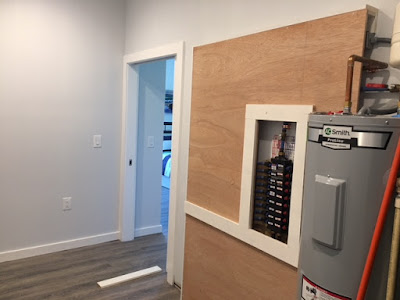 It will have a cabinet door over the opening for quick access to the water manifold. If necessary the whole plywood section can be detached by removing a few screws. 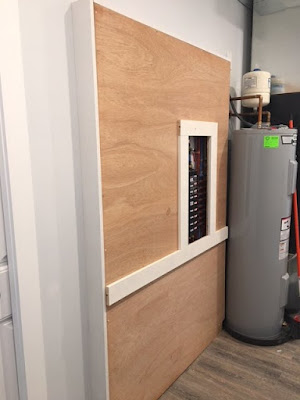 It covers the mess of water lines and does not take too much space from the room. That is the last project for now. It is time for revival!!

Hopefully we roll today. Thanks for reading.

Davy
Posted by Davy, Kelly and Odie Boggs at 6:23 AM