I put up Monday's post pretty late in the afternoon so you may have missed it.

Several folks have asked about the work we had scheduled on the BoggsMobile on Friday before Allentown. Although we have several projects on standby this one was actually the finishing of a project started last fall in Pensacola.

Back in October I left the BoggsMobile with Bro. Jake Parkerson and Color Pro Technologies for them to work on some major clear coat issues on the BoggsMobile. They had it while Kelly Jo and I made a quick trip to Nigeria to dedicate the new Osara Rd. church in Abeokuta.

Most of the worst problems were up high  on the bus in the white paint and I could not get a good picture of it. The two pictures below of the clear coat peeling on the blue paint give you a little glimpse of the problem. 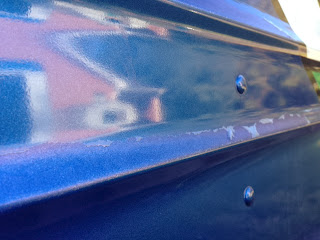 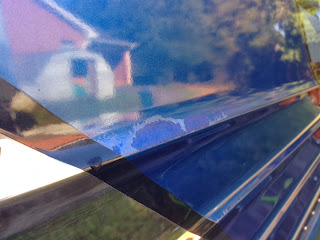 Long time readers may remember the bad hail storm that we went through in Dothan, Alabama on March 27, 2011. It was wicked. Even though it was even worse a couple of miles away at Walmart, it was bad enough to do serious damage to the clear coat and paint on the roof of the BoggsMobile. Jake is the one that fixed all of that then.


They did not have time to fix everything in October while we were in Nigeria but they took care of all the major clear coat problems and some of the cosmetic problems as well. It was a huge job. 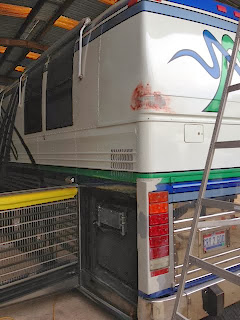 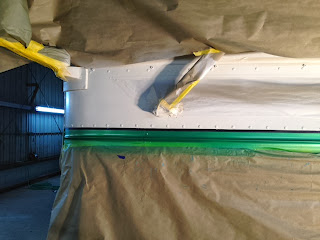 It tuned out really, really good. Bro. Jake and his guys do great work. That is why he is in high demand from Mobile, Alabama all the way across the panhandle of Florida. I could not be more pleased with the the way the clear coat shines now and more importantly the clear coat is back in place to protect the paint. 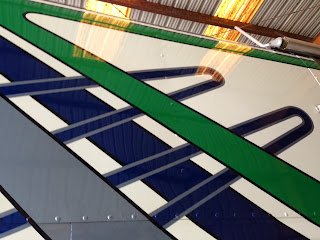 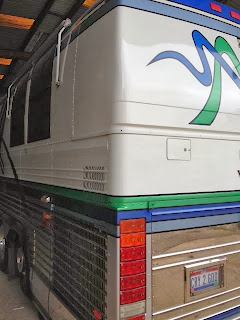 I also have some bubbling issues around some of the rivets where the stainless meets the sheet metal but that fix that was going to require a whole lot more time than I had available. 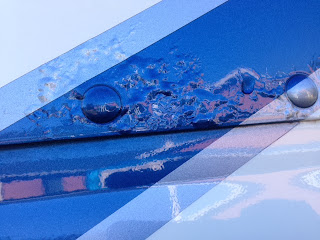 When we arrived in Pensacola from Nigeria in October we were pressed for time pretty badly. Jake's guys were not able to put the finishing touches on the front so Friday before Allentown Jake worked nearly 11 hours on it. 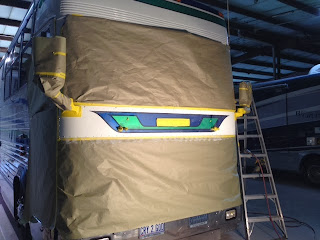 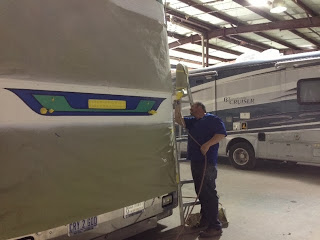 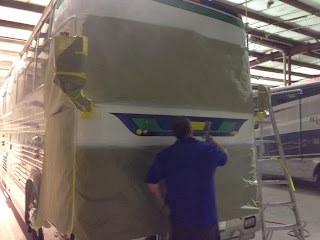 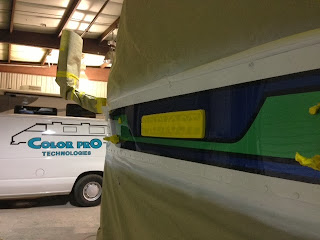 The front shines like new money now. Jake Parkerson is a great guy with a big heart and we appreciate all the work he has done. I recommend Color Pro Technologies for all your RV painting and body work needs any where within a few hundred miles of Pensacola. 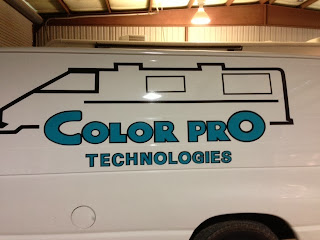 While I was there I watched some mobile glass guys replace one side of a windshield on another RV. It was an interesting process and I enjoyed watching and visiting with those guys. 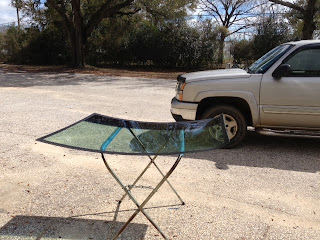 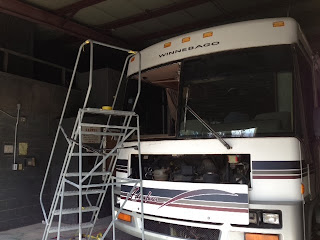 They showed me the bill for the labor and material. It was over $1700 and they said that is pretty cheap for motorhomes. Wow! I have found something on the bus that is cheaper to replace that a conventional RV. I Usually pay between $200 and $250 for labor and material to replace one side of the windshield on the bus. I guess that is a bargain!

It pays to be thankful for the small things. Thanks for reading.

Posted by Davy, Kelly and Odie Boggs at 9:36 AM