Our Weekend In The Rearview Mirror 9/2/19

I will start the account of our weekend on Friday morning. Our main goal on the final day of tent revival is to be prepared for the service, but the secondary goal following close behind, is to get everything ready to roll after service as quickly as possible. We were at it bright and early Friday morning doing all we could to get ready.

Under the tent, we rolled down a section of the tent wall that we used earlier in the week and let it dry a few hours. 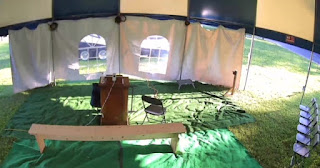 Then we took down banners and cameras. I also ran 75' of water hose from the church to the bus so we could top off the fresh water tank in the bus. I removed the Blue Ox hitch from the bus (the one we used to tow the car) put it in the trailer and inserted the hitch for the trailer.

Then before lunch and a nap, I spent about an hour doing what I could to get the inside of the trailer ready to ride. After nap time I disconnected the 50 amp pigtail I had wired into the panel, put all that away and then KJ and I removed the side wall piece and folded it. 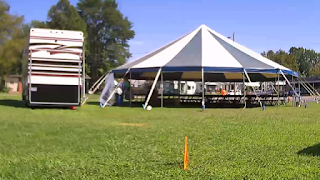 Next, we carried the sound equipment out of the trailer. While KJ was taking down all the cords that were hung in the tent, I lowered the lift in the trailer and carried out everything to be in place to take down the then and insert it in the trailer. 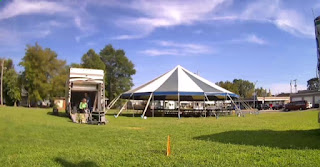 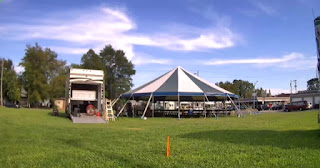 By then it was time for the final service and what an awesome service it was! We really had a wonderful week in Evansville and we praise God for every moment of it. 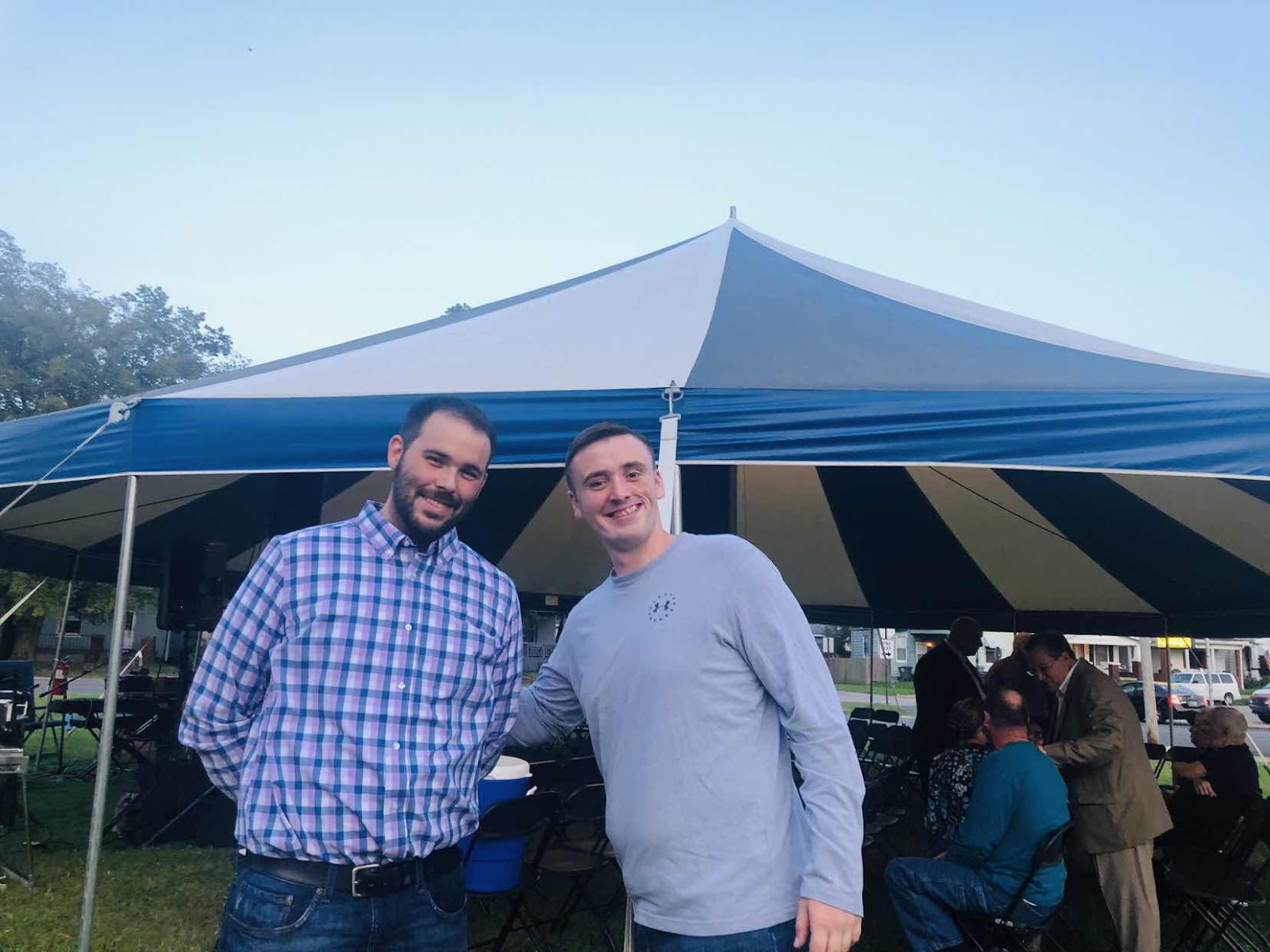 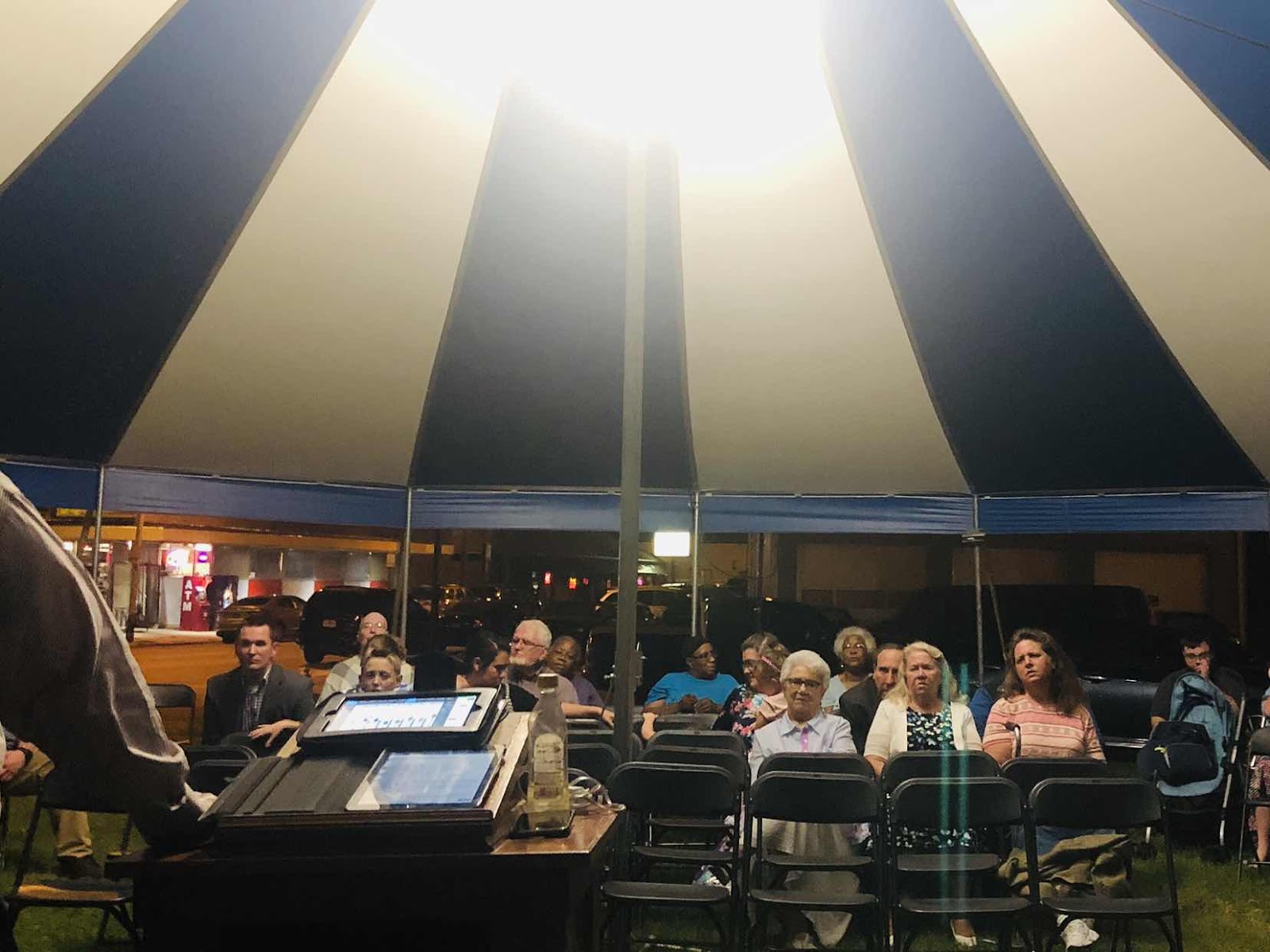 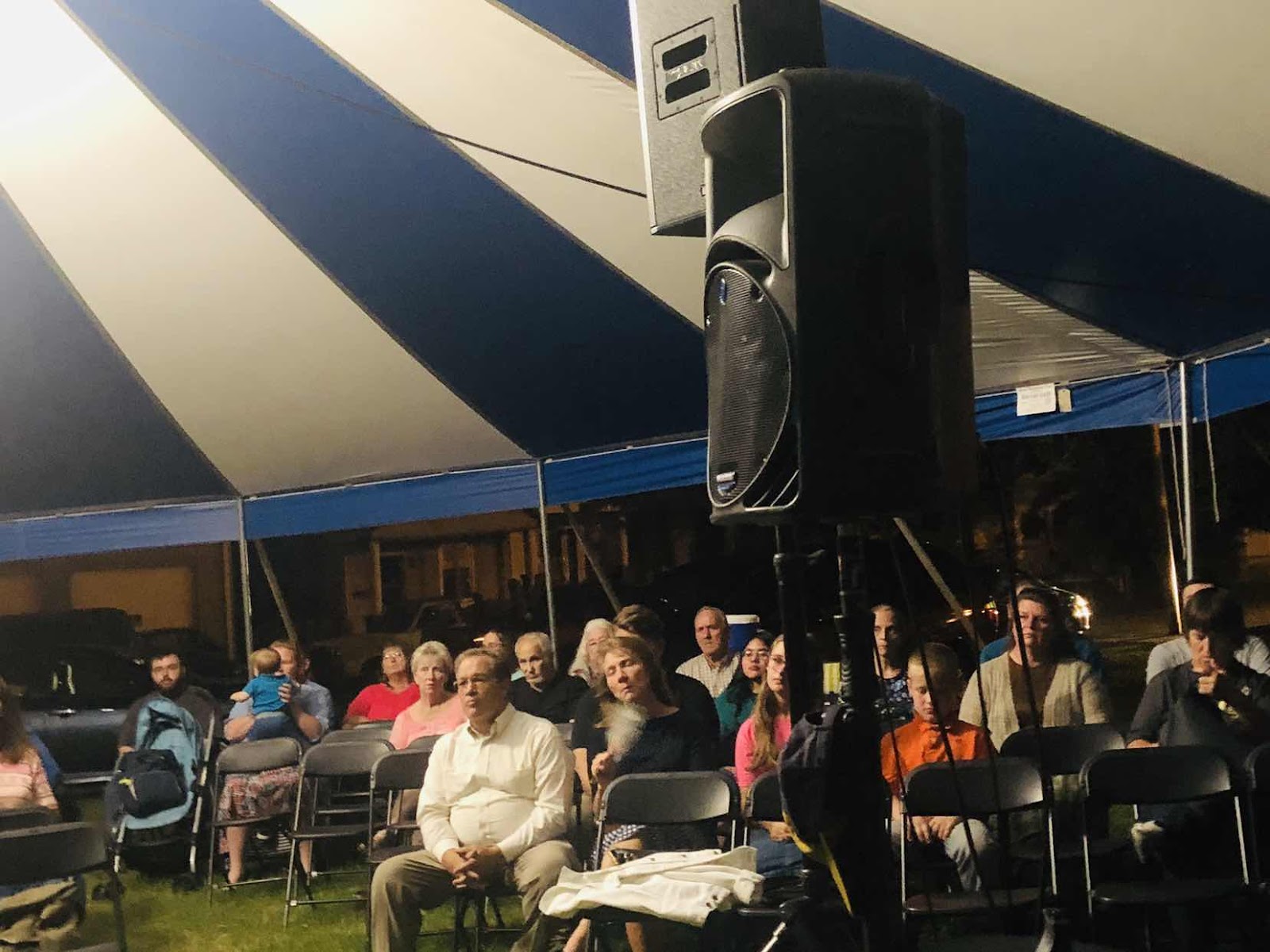 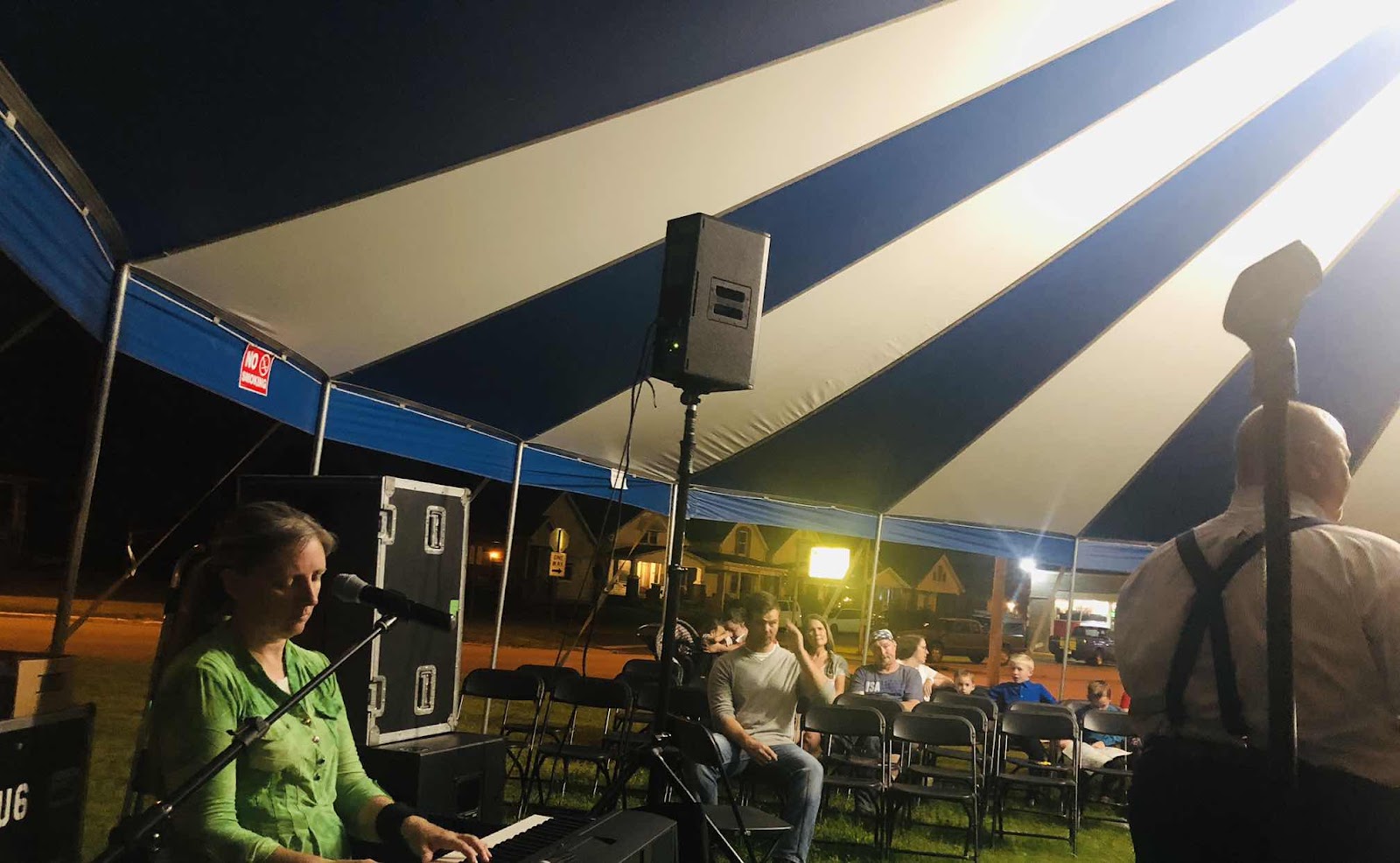 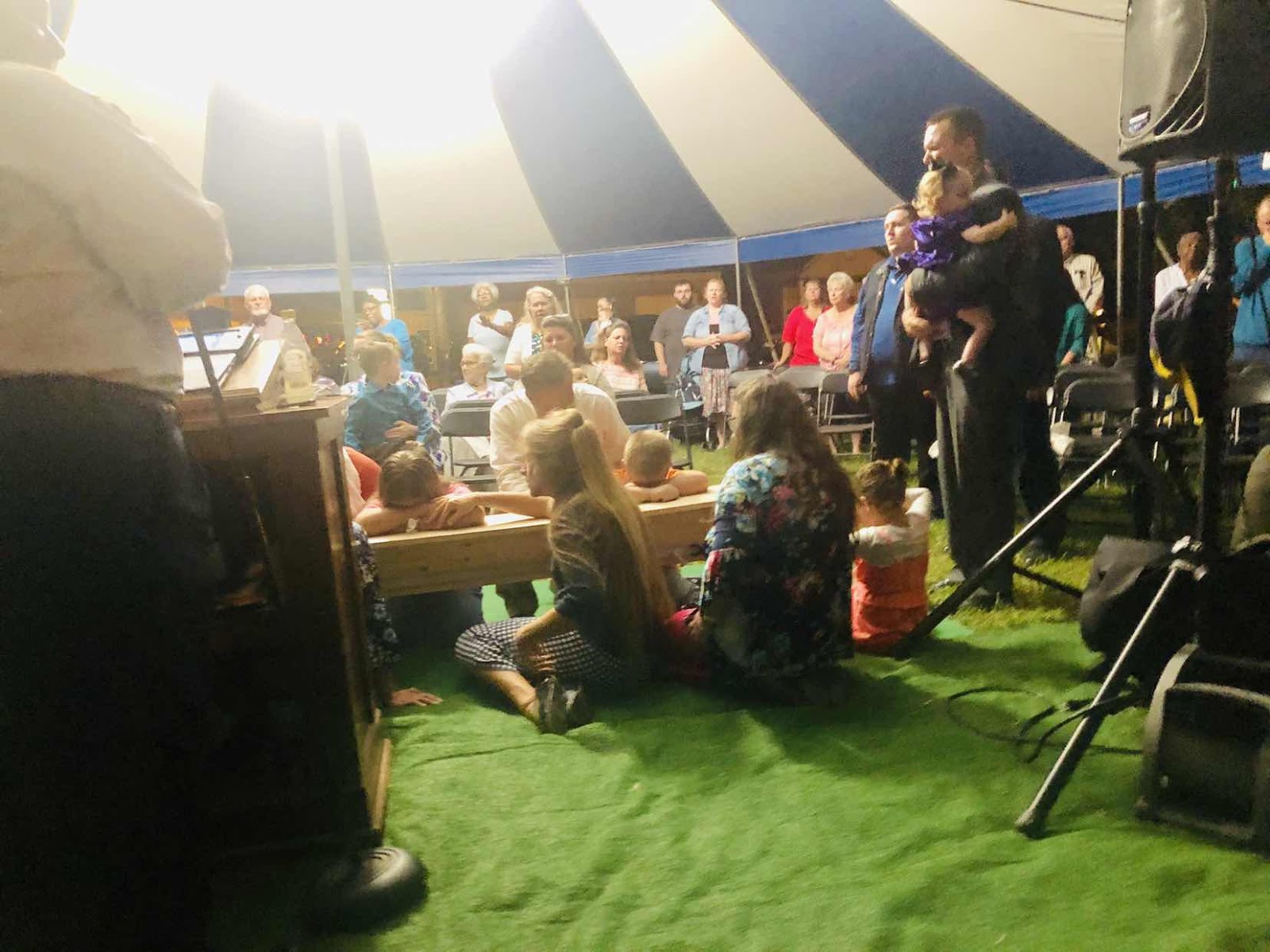 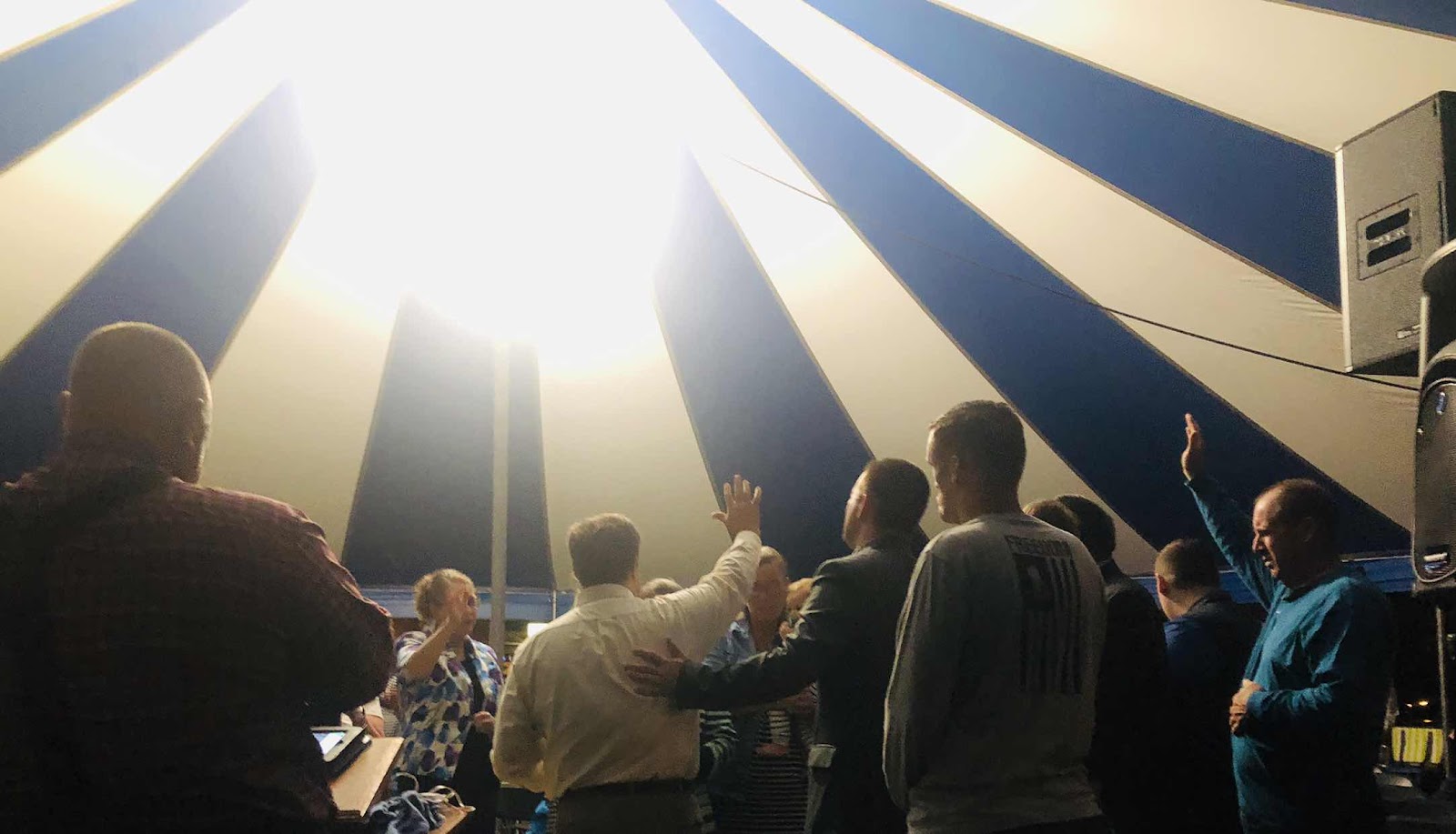 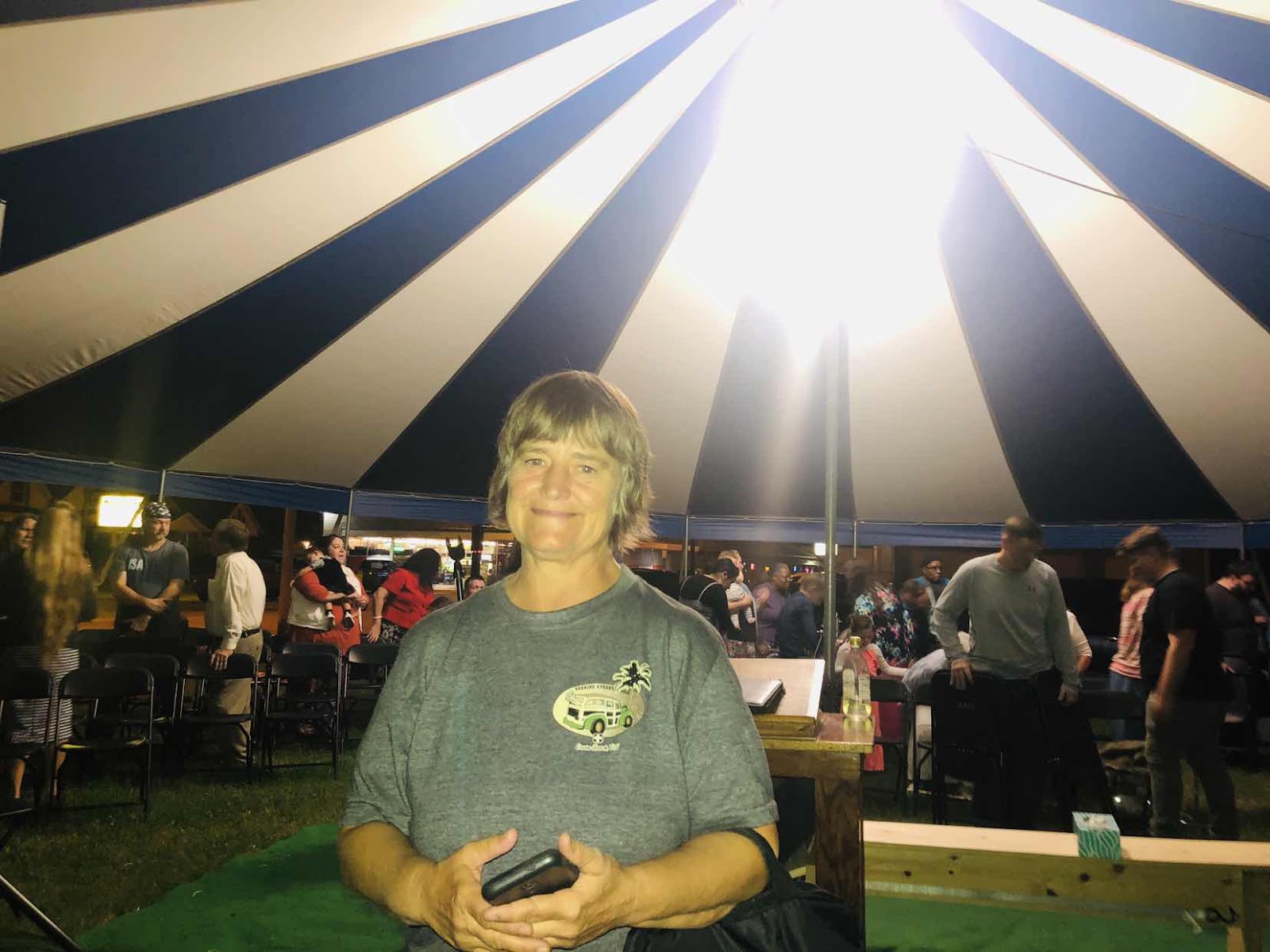 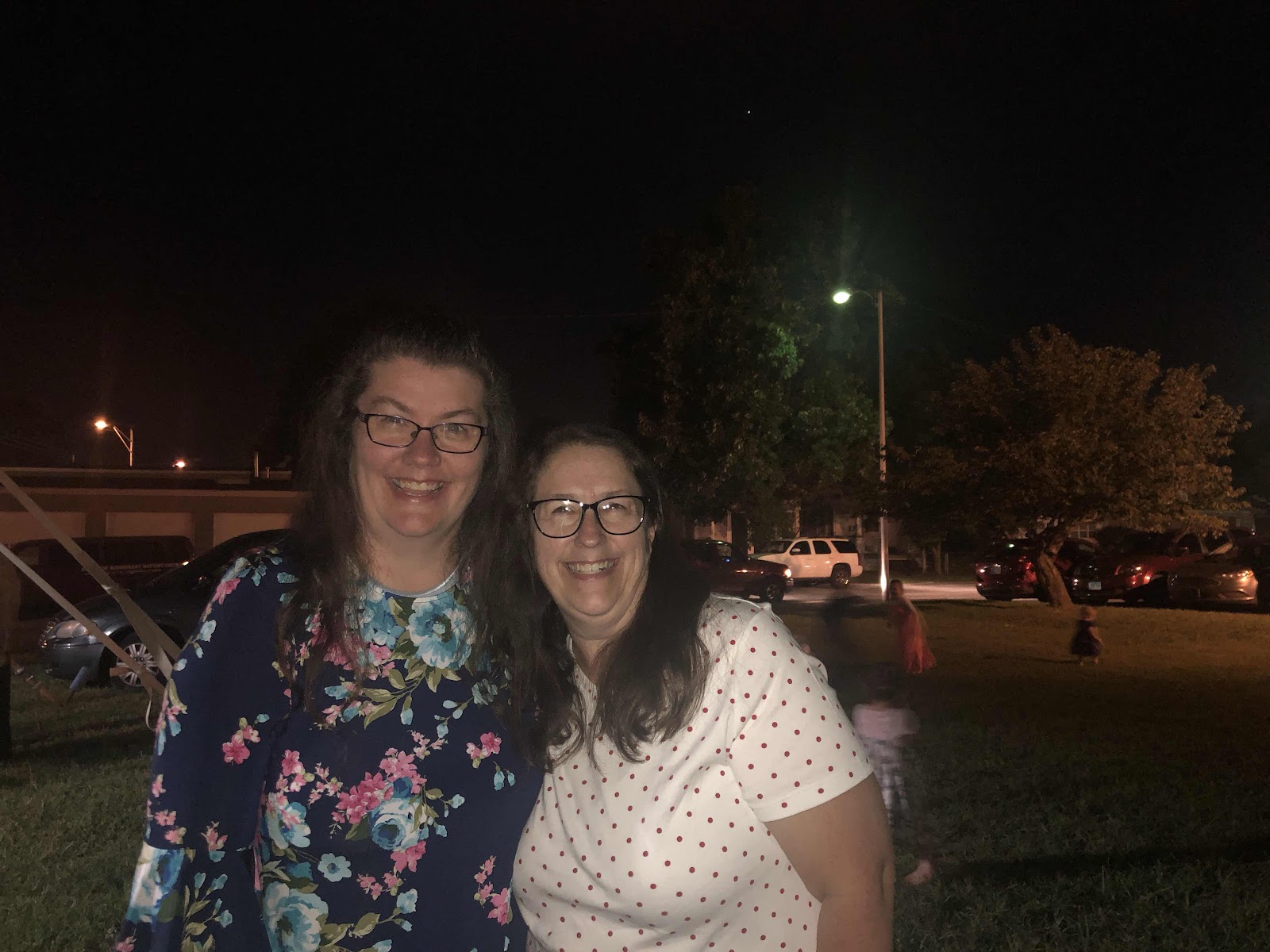 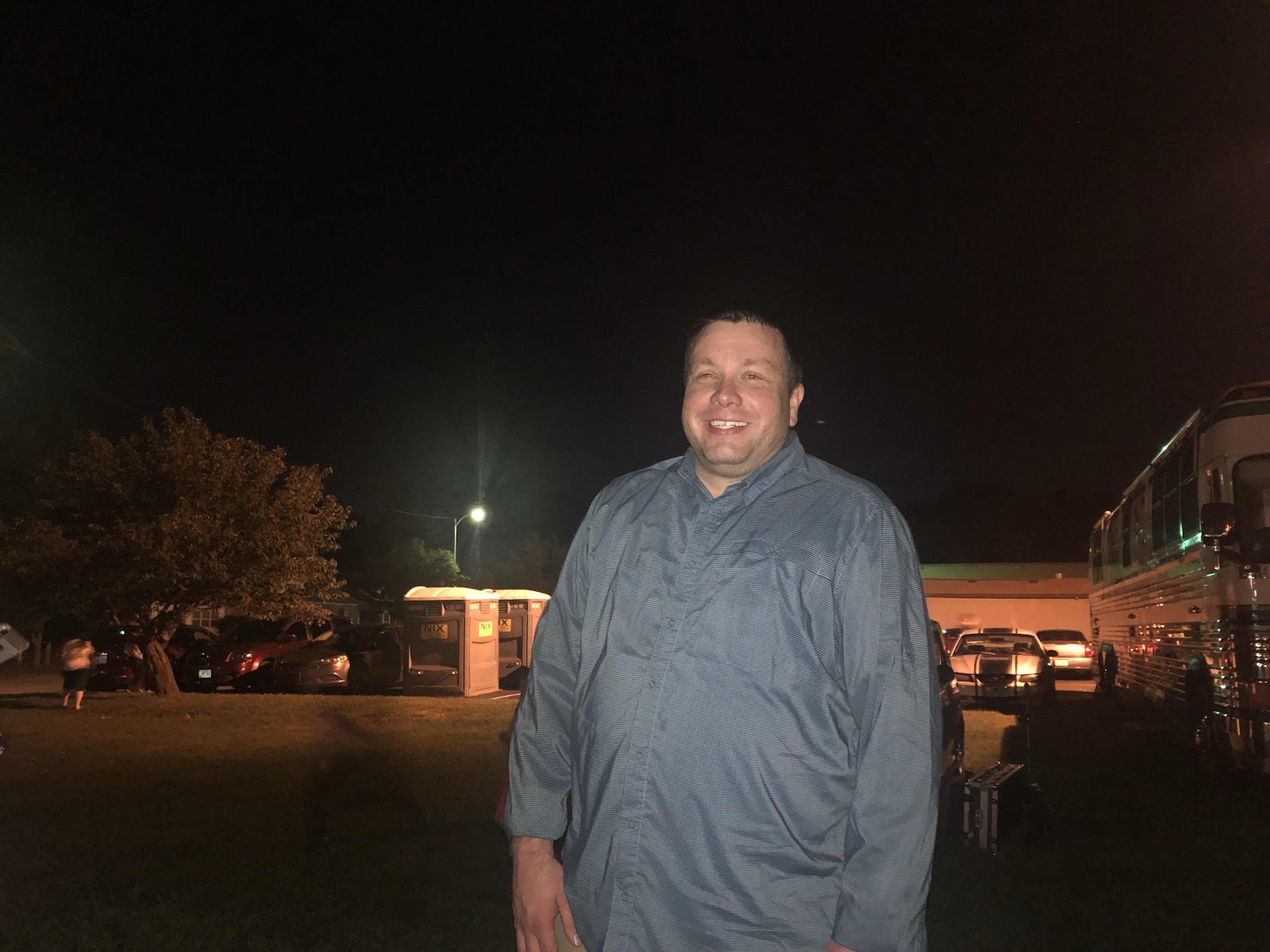 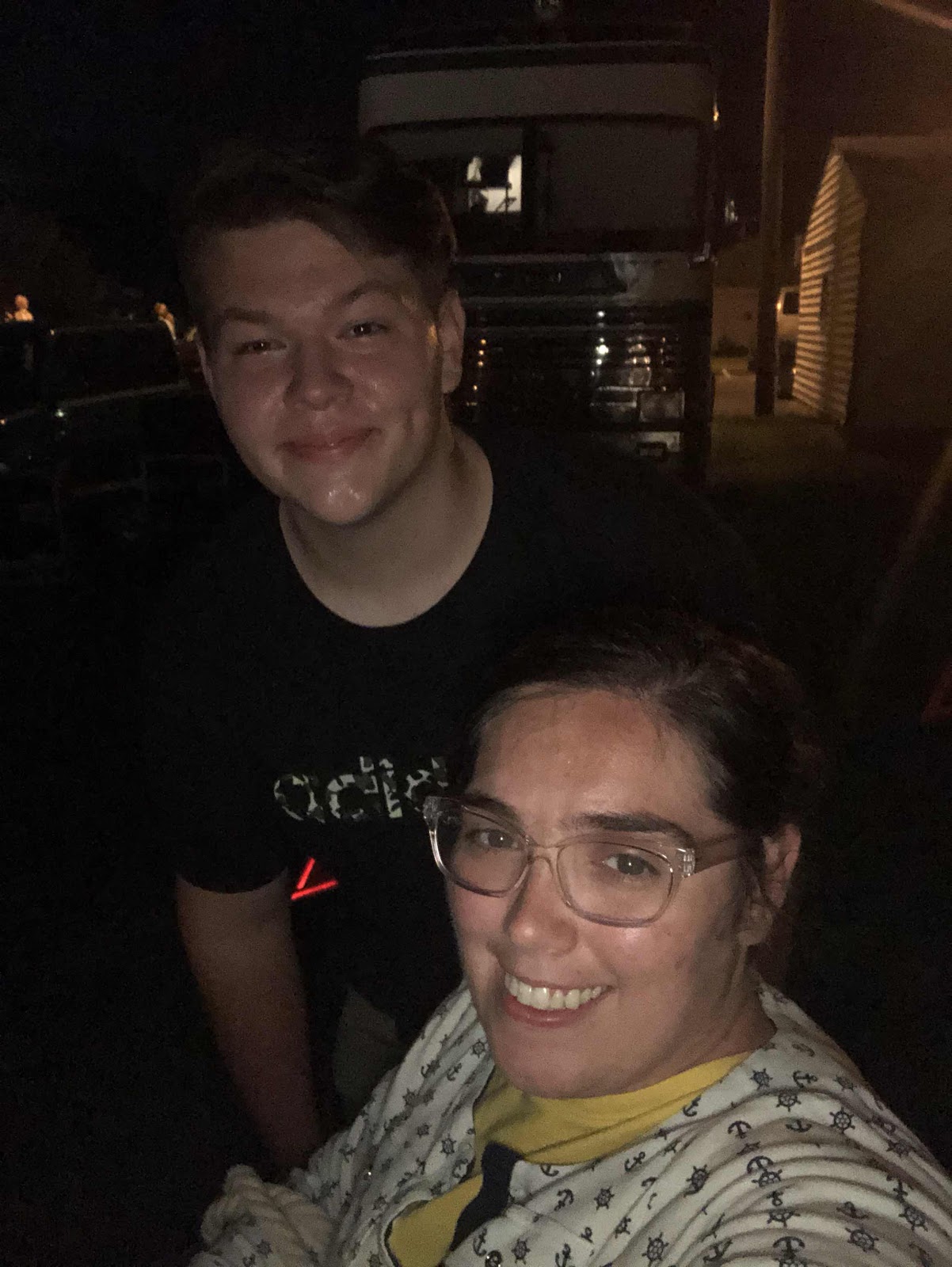 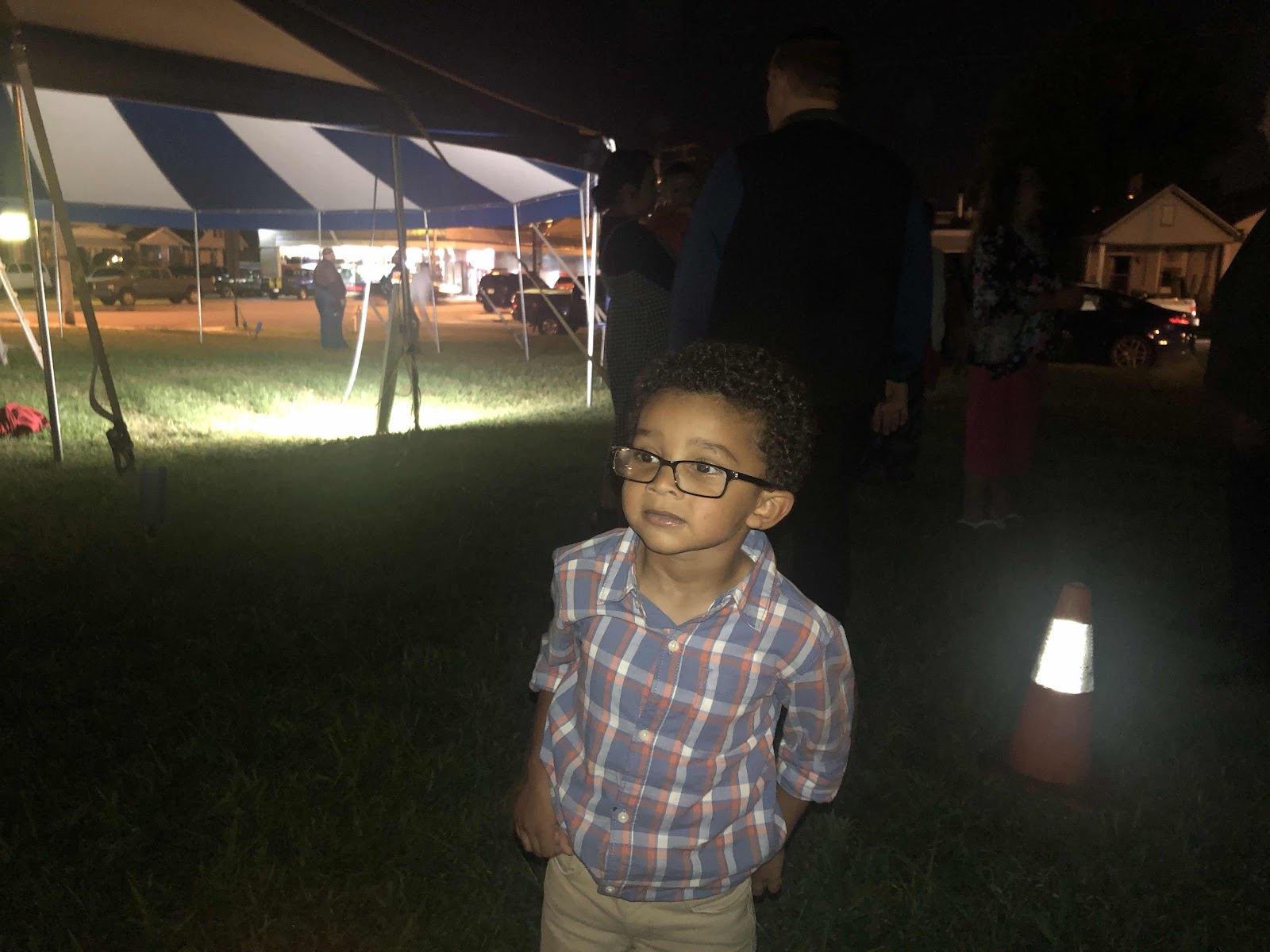 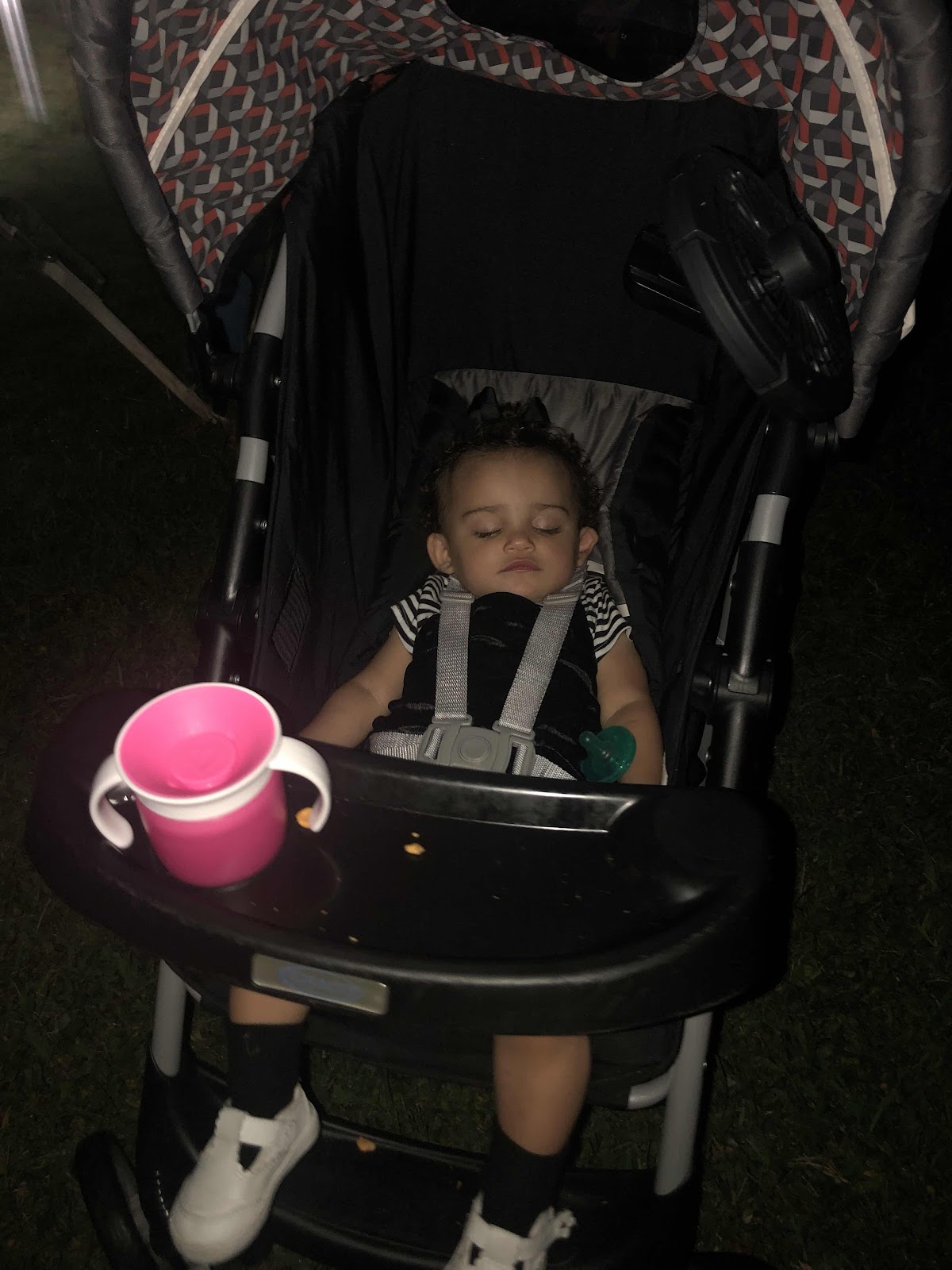 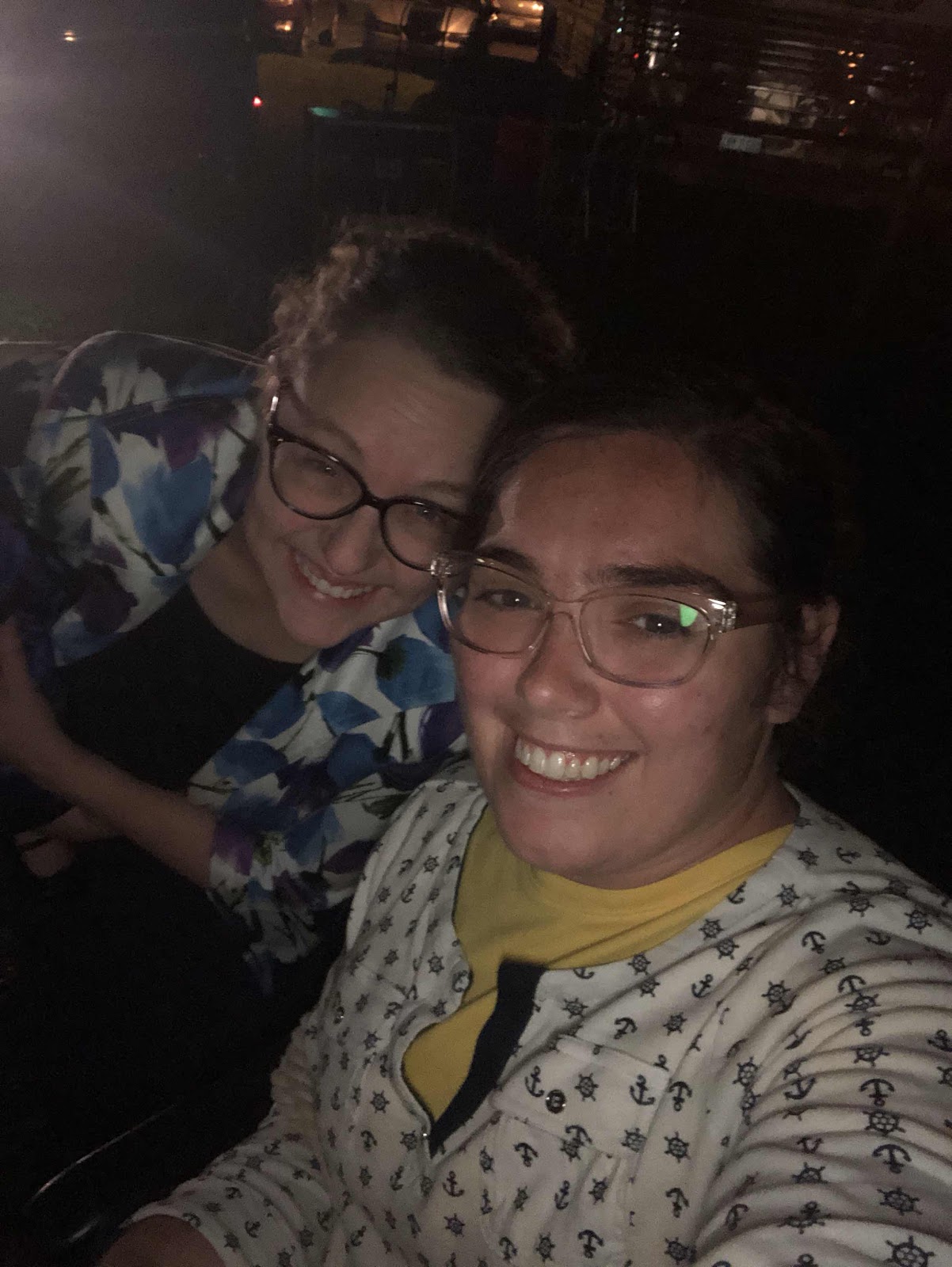 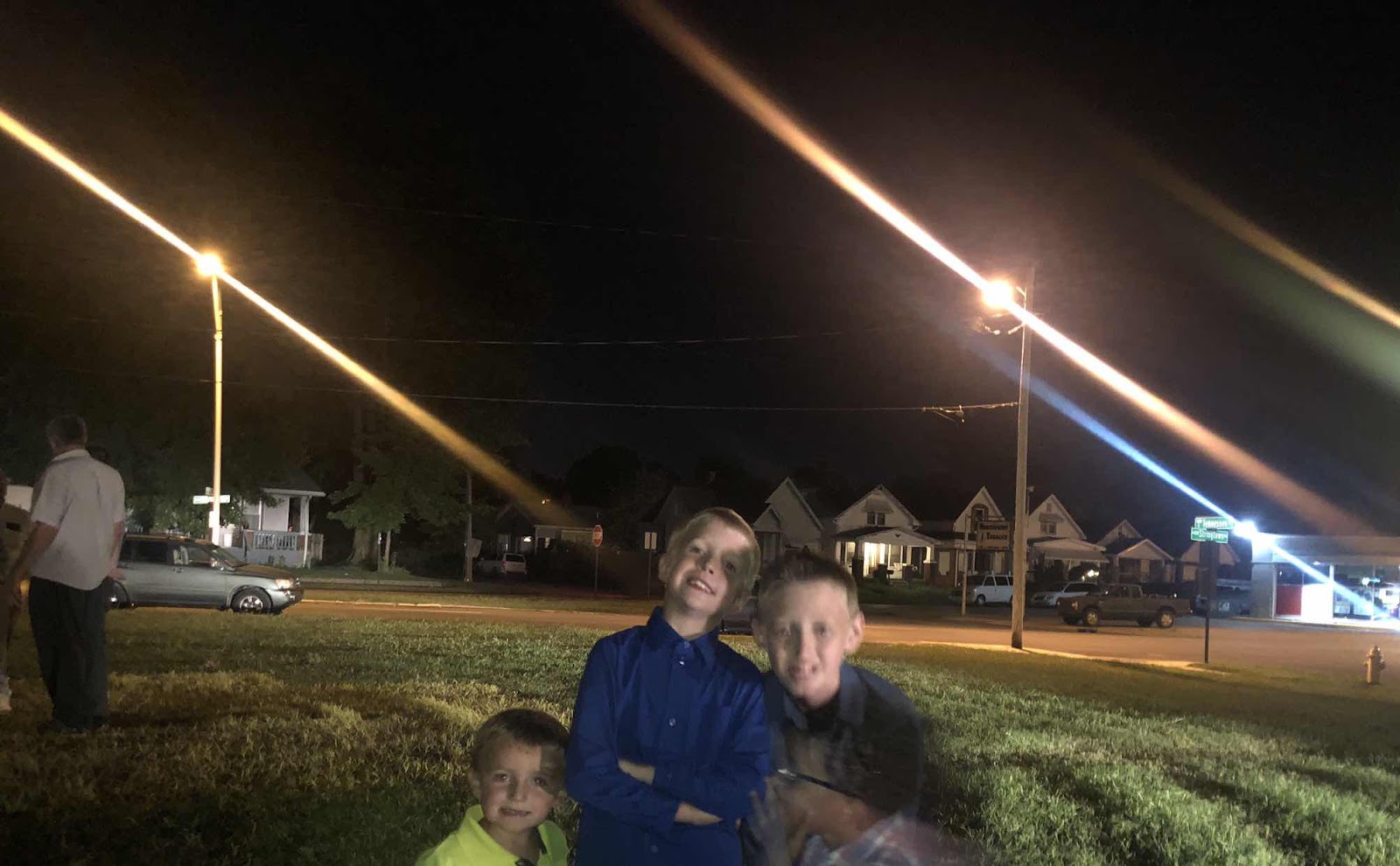 The comments were overwhelmingly positive from the community and many of them responded in the altar service from the very first night. Hallelujah!

After service, we began the process of putting everything away and taking down the tent. Odie said we started at 9:08 and we were hooked up and pulling down the street at 11:10. Not bad at all.

Once the trailer was loaded and strapped, she backed the Green Machine into the trailer. She nailed it on the first approach with an audience. YAY!

We will have pictures of the tent takedown later, but here is a timelapse video from 4:00 PM until about 11:00. I am loving this timelapse feature. I only heard back from a few of you about whether or not you could view the timelapse the other day and everyone I heard from could see it. I hope you can.

I had grand illusions of driving at least 100 miles (That was the reason for the mid-afternoon nap) but I also know that if I pass up a parking spot that late at night, I may not get another one until morning. We had driven about 50 miles when Kelly Jo found I could easily pull into the Walmart in Hanson, Kentucky.

I had changed into dry work clothes after church, but I was soaking wet again by the time we left and I drove that first hour sitting in a puddle. We pulled into the Walmart so I could change, but the parking lot was wide open and looked like a great place to spend the night. By 1:30, we were down for the night. Hallelujah!

The first thing we did Saturday morning was drive across the street and fill up with diesel at Love's. Soon we were on the road and we had a good day of driving. 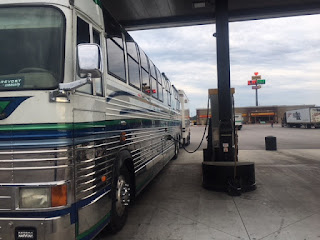 The best route for the bus and trailer took us through Kentucky, Tennessee, Missouri, Arkansas, back into Tennessee, Mississippi and finally into Louisiana. We crossed the mighty Mississippi River three times! We drove 554 miles in 9:10 minutes. Not bad for dragging the trailer behind us.

I backed into a spot at Love's near Tallulah, Louisiana and we had a pretty decent night of sleep. I think we all needed it. We fueled up again at Love's and pointed the BoggsMobile toward Pine Prairie, Louisiana 165 miles south.

We were pulling into town a few minutes after 3:00 and Pastor Barry Gautreaux met us at the tent site and helped us get parked. Once we figured the best place for the trailer, he hooked on with his Ford and put the trailer in place. His son was there to help us too. 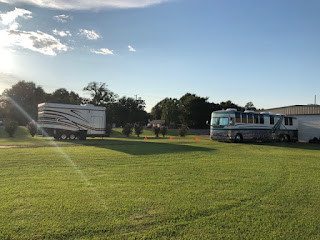 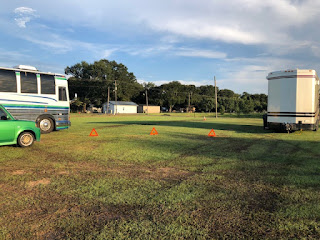 The car shifted some in the trailer and that is a first for the Green Machine. We were on some horrible roads the last 750+ miles. We had to work a bit to get the car out, but no damage to anything.

It was excessively hot when we arrived, but a sudden rain shower cooled things down. When the rain stopped, Bro. Barry helped KJ and I measure and mark the stake line. It is ready for the workers to begin in a few minutes.

That wraps up our weekend. We are thankful to be in position in Pine Prairie, Louisiana and ready to go. I am so grateful that God protected us on our journey here. He is a great God and it is a privilege to serve Him.

Davy
Posted by Davy, Kelly and Odie Boggs at 5:56 AM