It is time for a few pictures of the progress on the house. Thursday evening while we were in church at Dryden Rd. a roofer came and put the synthetic felt on the roof. We needed that on before we could officially begin wiring the house for electric.

My brother Steve captured some of the action. 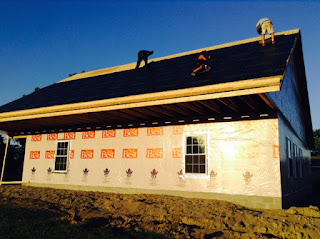 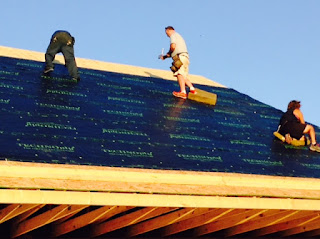 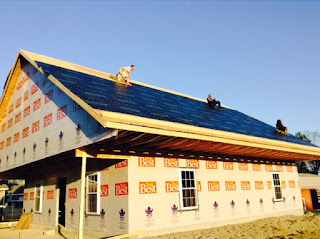 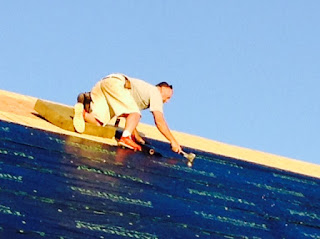 Dad said there were five of them working and they knocked it out in short order. However, it rained pretty hard Monday afternoon and it leaked inside. I am not sure what is up with that. I thought that maybe the high winds blew the felt off.

From the ground it looks fine but I am the novice here. I am not sure what to expect. The roof will not be installed until the last week of June so I guess we will have to deal with it.

Friday I purchased most of the supplies for the electrical. We hung the boxes Friday and Saturday and began hanging the can lights. 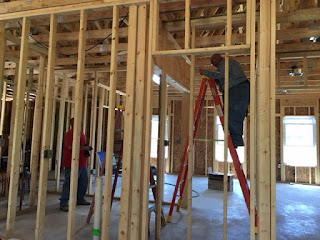 Odie has had a steady stream of visitors since we began construction. These are long time family friends that attend Dodds Church next door. She did not even offer to let them sit on her couch!😀 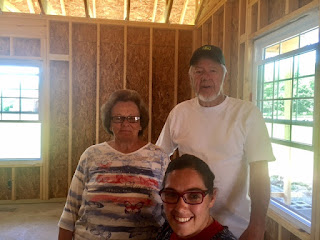 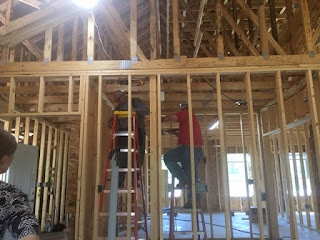 Monday we hung the can lights above the porches and wired all of them. Dad also did some wiring inside. 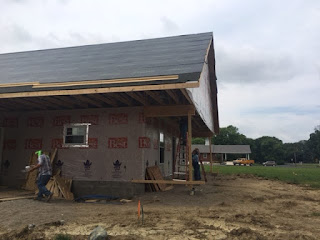 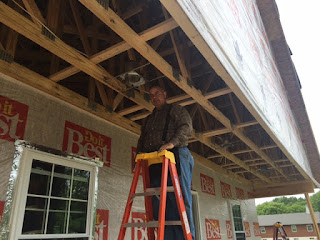 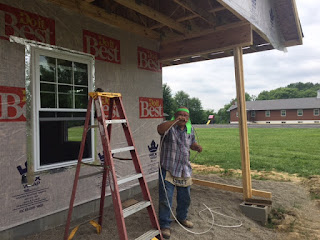 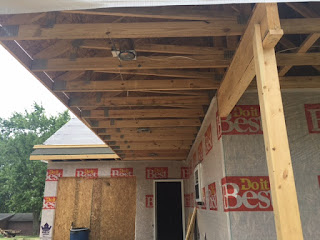 Dad and I decided we could still do this for a living but would end up making about .25 cents an hour. We will chip away at it a little at a time and soon it will be wired.

I told Odie that it would be easier to use candles and kerosene lanterns. We might could even by some cheap flashlights for emergencies. For some reason she is pretty partial to electrical receptacles, lights and genuine light switches all over the place.

She also thinks indoor plumbing is important with a septic system and all. She has been living in an RV for 15 years so what is the big deal? I could show her how to empty holding tanks but she is not interested in having that feature in the house.

This new generation wants to have it all I guess. Next thing you know she will want something besides a wood stove for heat!

That is it for today. Thank you for tuning in.

Davy
Posted by Davy, Kelly and Odie Boggs at 6:53 AM