Thank God for Jeff Rowe, the owner of Tennessee Luxury Coach in Vonore, Tennessee. Jeff has done a bunch of work on the BoggsMobile the last three or four years and has been a tremendous boost to our family and ministry as a result. I really do thank God for him. 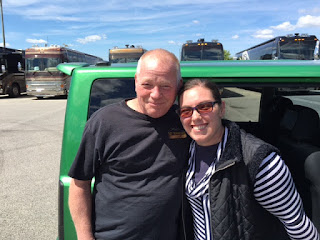 We took the BoggsMobile to him while we were in London. We needed several things completed but the main thing was to change out the AquaHot. Our AquaHot system has been on its last legs since we have owned the bus and I milked it for all it was worth.

It finally failed catastrophically earlier this year. I plumbed in a small house water heater to get us by for about 5 weeks and then took it out before going to Jeff's.

Jeff was rebuilding an old AquaHot for the BoggsMobile. He is trying to perfect the complicated process and trying to save me some money too. The price of a new AquaHot is unbelievable and makes no sense at all.

First, they removed my 22 year old unit and took it apart. 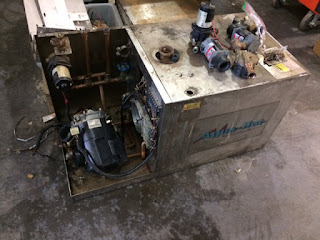 This is the end of the boiler with the case taken off. The rust is terrible. 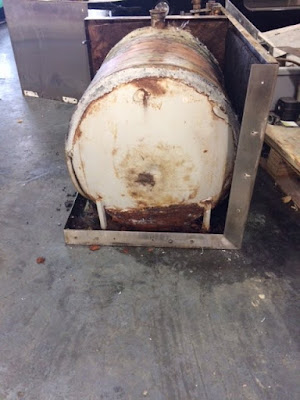 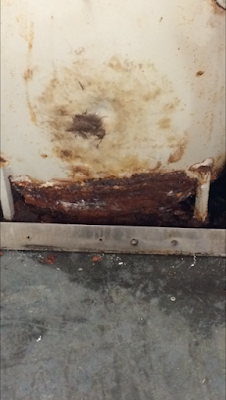 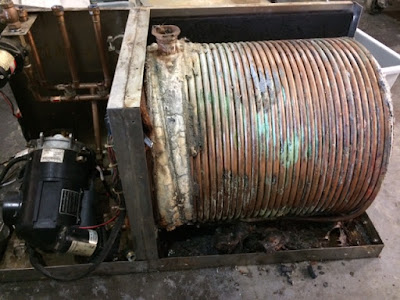 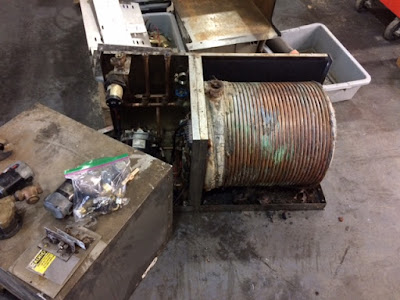 Then they removed the copper tubing around the boiler. This is the bottom of the boiler! 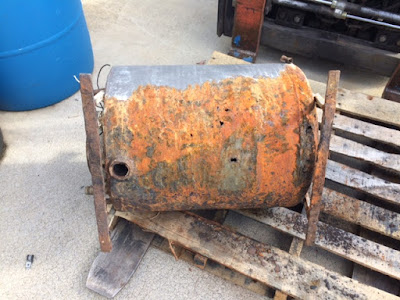 My boiler was obviously beyond saving but Jeff had another that was in very good shape. He had a good local shop go over it to make sure it was OK and then pressure test it. It seemed ready to go.

It fired and ran fine. It heated and circulated coolant though the bus fine. But after many hours, the repaired boiler began to seep a little coolant in places it had not leaked before.

He sent it back out to the local shop but it could not be repaired properly. All the time put into that boiler was in vain but it was no one's fault.

Jeff is going to try to source another good tank or maybe even have one fabricated. Then they will go at it again. I appreciate all the diligent effort put into this project for us. For now, we are using an electric water heater again but Jeff and his guys will conquer this eventually.

I have more to tell about our recent stay at Jeff's place but I will save that story for another day. Suffice it to say that the BoggsMobile is looking good now.

Posted by Davy, Kelly and Odie Boggs at 1:38 AM