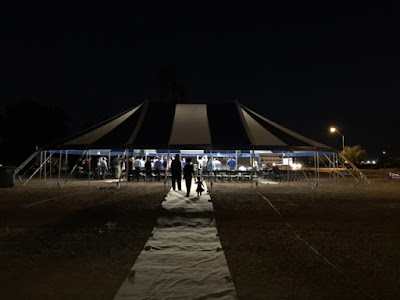 God has been blessing every service here at Central City, Kentucky and there is an expectancy in the air that He is going to continue to do so. We missed coming here in 2016 and we are very glad to be back.

We missed last year because of our City Reach schedule. In fact we missed most of the places that we normally stop and we are thankful for understanding Pastors and churches. There was no way to fit in 40+ revivals into the mix when we were trying to focus on souls in cities with the Blue and White Gospel Tent.

When I told Pastor Alan Harris about our plans for City Reach, he immediately caught the vision and began to think of ways to encourage us in the work. He thought of a very tangible way to contribute and it was one of the greatest blessings of the whole year for us. 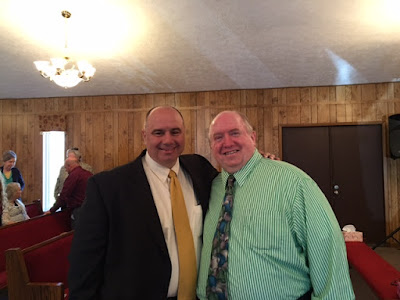 God met with Pastor Alan Harris and Trinity Pentecostal Church in a mighty way each night. As a result of them touching God, God touched the Phoenix area City Reach in a tremendous way! They would pray about an hour at 7:00 Central Time and then we would begin service on Pacific Time about an hour after they had prayed. 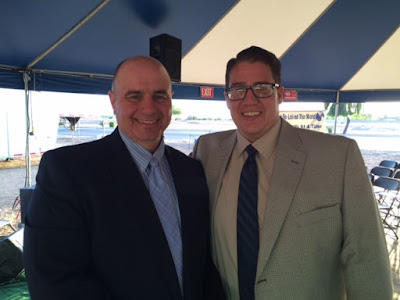 I am telling you friends, it was amazing to watch the result of those prayer meetings unfold right before our eyes! God answered their prayers and reached for lives night after night after night.

City Reach Phoenix area lasted nearly three weeks and there was someone new under the tent praying for salvation every single night. It was an amazing time of revival for us, the churches, the Pastors and the new folks that came.

God moved that week and God moved throughout City Reach as a direct result of the prayers of the saints across America. These saints in Central City set aside an entire week of prayer and loaded that on top of the diligent prayer they had made for City Reach for over a year prior. God honored those prayers and paid dividends in saving lost men and women! Praise God! 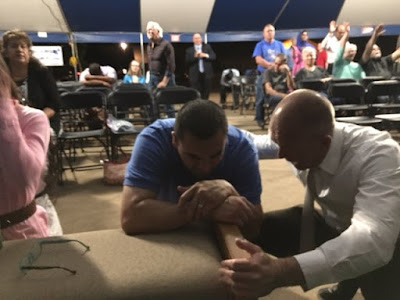 During the prayer revival for City Reach, Pastor Alan Harris and his church also received offerings each night for City Reach. When the week was completed they sent a City Reach offering just as if we had preached revival for them. They were a tremendous blessing to us and to the whole project of City Reach.

It is no wonder that God helped so many folks last year! God was responding to the sincere cries of His people. He always does!

All of that piles onto all of the other reasons that we are super glad to be back in Central City, Kentucky! It would be awesome if some of you that read this today would return the favor to Bro. Alan and his church. Ask God to cover us up with his presence in a fantastic fashion!

Davy
Posted by Davy, Kelly and Odie Boggs at 9:22 AM