We Made It To Mexico

Hooray for WiFi! We have some Internet at the hotel so lets see if this thing will post. I wrote most of this at the airport in Mexico City. Pictures are at the end of the post.

This has been an exciting travel day. I supposed that is what we have come to expect.  The only thing predictable about our life  lately is that it is totally unpredictable.

It is 7:25 PM central Thursday as I begin typing this. We were supposed to be in Tuxtla an hour ago.  Bro. Larry called about 35 minutes ago to let me know they arrived safe and to check on us. We should be there about 11:40 and they will be waiting on us.

We left Dayton on time and we were sitting on the plane in Cleveland about to leave on time when the pilots noticed an anomaly on one of the hydraulic systems. They sent for a mechanic and he discovered a leak that could not be repaired quickly.

By the time we changed planes we were considerably over an hour late. Even though the flight from Houston to Mexico City was also late leaving we could not make it in time. They always take Odie off the plane last plus everybody was rushing to try to make a connection.

Since they had to go on without us we were left to navigate through customs, immigration, baggage claim, rechecking bags, changing terminals, getting new boarding passes and going through security in a foreign airport all by our lonesome.

It was not too bad considering lots of preachers endured months of travel to reach foreign fields only to be attacked and sometimes killed moments after stepping on shore. They expected strange fevers, all kinds of diseases and opposition from every side.

Those that survived often suffered unbelievable hardships and labored years with little results. Most buried their wives and children on the mission field. I believe it was George Greenfield that said the graves of his wife and children were like signposts that marked his progress up the Congo River preaching the Gospel as he went.

Nope, a few late flights and a language barrier in a nice airport where I can buy hot food and cold water is really not that big of a deal. A little perspective helps a bunch.

If all goes well we should be united with Bro. and Sis. Landress and Bro. Jorge shortly after midnight central. I think Bro. Larry said it is about 2 1/2 hours drive from Tuxtla Gutierrez to where the tent revival is being held.

Thus will wrap up a long day by God's grace.

11:15 Thursday night in the air between Mexico City and Tuxtla.

Our flight left an hour or so late from Mexico City so we are just now getting started. This day may never end.  Didn't I say unpredictable?

Even though we were late Bro. Larry and Sis. Rosemary were waiting for us at the airport. We were the last ones out and they pretty much locked the doors behind us.

Bro. Jorge and his wife were waiting in the Suburban. It sure was great to see everybody. Now we are at the hotel. We arrived at 4:00. Time for bed. 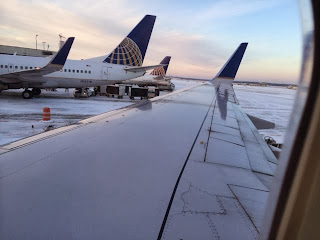 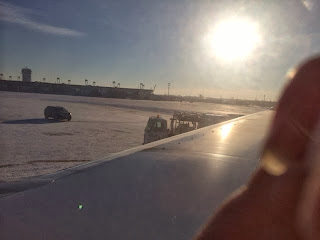 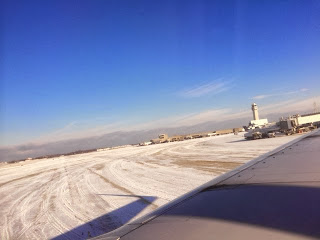 I forgot to tell you about the de-icing process this. I do not remember being on a plane as the de-icing fluid was being applied. Odie and I both snapped a picture.

On the small plane in Dayton the driver climbed out of the truck after the plane was coated and rubbed his gloved hand along the edge of the wing. I guess it was a little quality control to make sure the ice was gone.  It was a pretty neat process. 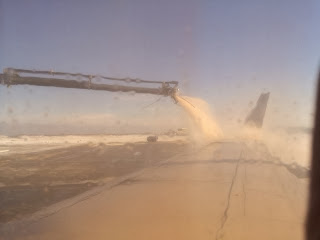 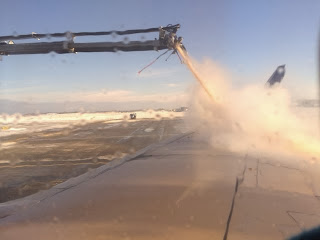 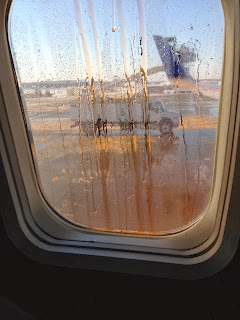 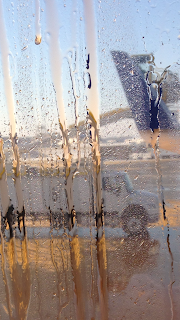 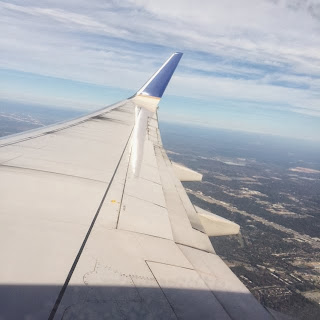 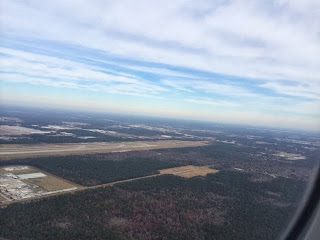 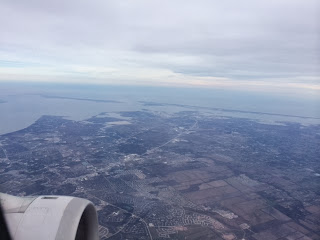 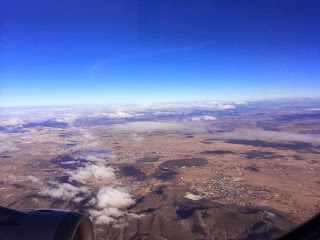 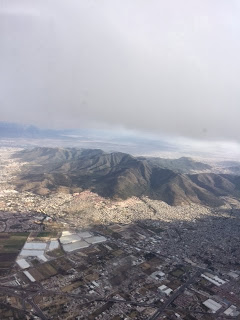 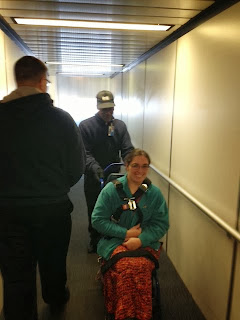 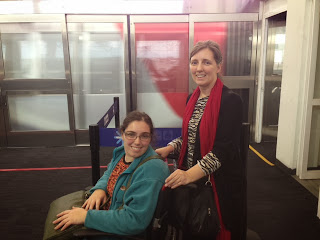 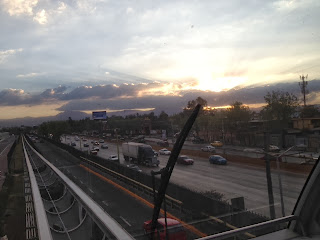 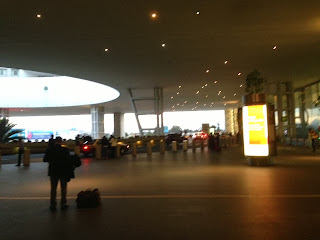 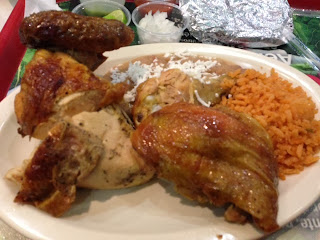 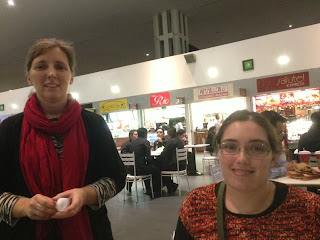 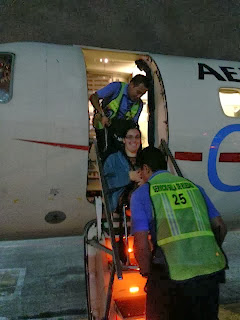 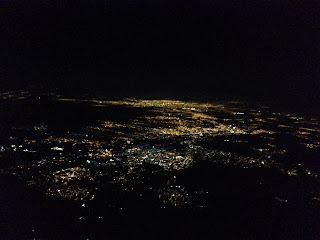 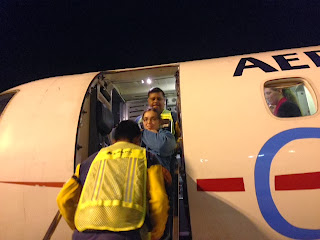 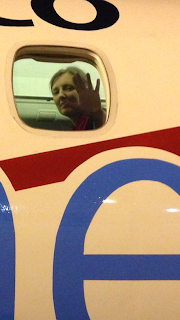 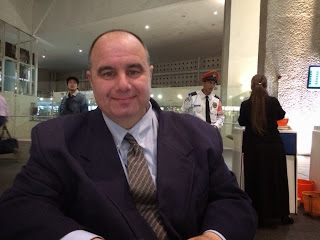 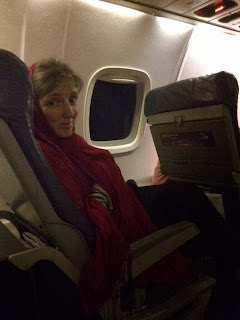 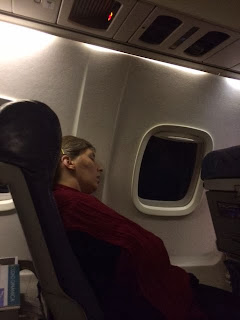