The Weather Outside is Frightful

Kelly Jo and I had some business to take care of in downtown Dayton Tuesday morning. We planned on being there when they opened at 8:00. The weather guessers were predicting that we would get a "dusting" of snow between 6:00 and 9:00 in the morning. I looked outside at 6:50 and this is what I saw. 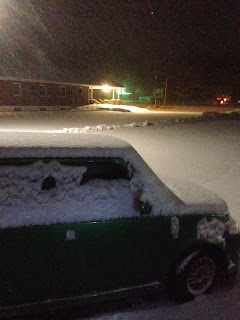 Wow! What a dusting. It was 19 degrees and 12 with the wind chill. The wind blows harder at the Dodds church than any where around here so I believe it was colder than that. Instead of going to Dayton I slipped out a little before 8:00 and started shoveling. It was dry snow that shoveled easy but it was COLD! 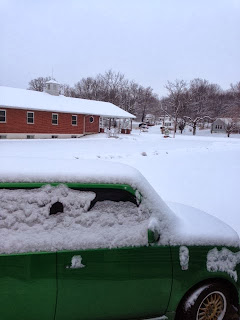 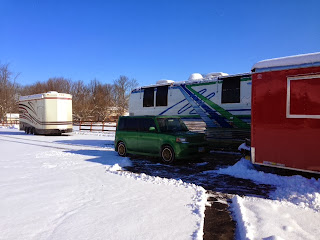 I must have thanked God a few dozen times for the sunshine today and I meant every word of it. 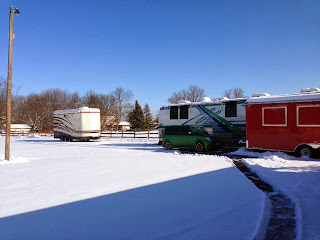 Even though it stayed cold the sun did melt some of the snow on the top of the BoggsMobile. Of course that all froze on the ground as soon as the sun went down. 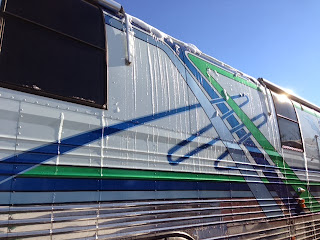 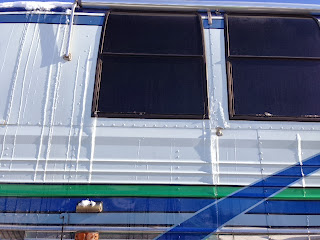 While I was shoveling and then running errands Kelly Jo and Odie were packing for Mexico. They have worked all day except for the 1 1/2 hours I had Kelly Jo gone to Dayton in the afternoon and a short break for a late lunch. They just about have it completed. There is still a lot to do to leave the bus and I will tell you more about that tomorrow.

It is 18 degrees now and going down to 9 tonight. It is supposed to be even colder as we head out to our early morning flight on Thursday. Brrrrrrrrr! I really hope our flights are not affected by the weather. The flight schedule is pretty tight.

Thanks for praying for us.

Posted by Davy, Kelly and Odie Boggs at 9:27 PM