Crazy Travel Day With a Few Bumps In the Road

It has been a crazy day.

We left Hokes Bluff, Alabama this morning and pointed the BoggsMobile toward Bond, Kentucky. Our first planned stop was the Flying J on the west side of Knoxville. We planned to shake and howdy with the Benji Burris clan as they were driving from Virginia to California.

Less than an hour south of Flying J my voltage light started flickering sporadically. That warning light is directly tied to the alternator but my gauge said it was producing a steady 26 volts.

While I was trying to figure out what to do my cousin Anthony Abner called me. He had just passed me and recognized the BoggsMobile. He was two cars ahead of me. He and his wife and daughter and son in law had been to Georgia.

You ready for the good part? Anthony has driven a truck for years and I suspected he might be able to help me diagnose the problem.  So we pulled off the road and confirmed with the voltage meter that the alternator was fine.

We concluded the light was giving a false reading but did not know why. Anthony reached in one more time to make sure the large wire was not broken and when he grabbed it a small wire came loose.
That wire was for the light and had broken at the connection. I decided to drive on and fix it in the Flying J parking lot.

We visited a few minutes and then posed for a family picture next to the road. Imagine the chances of somebody I know being in the right place at the right time with the right knowledge and experience. Reckon who orchestrated that? 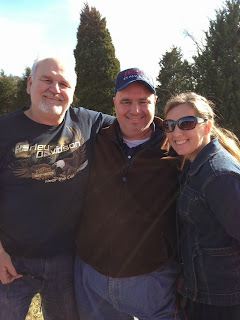 As I was finishing the repair on the alternator Bro. Benji, Sis. Laura and their four beautiful children pulled into Flying J.  We had a great visit with them at Denny's. 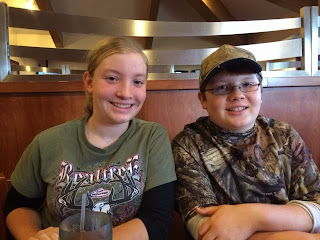 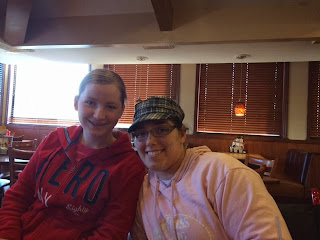 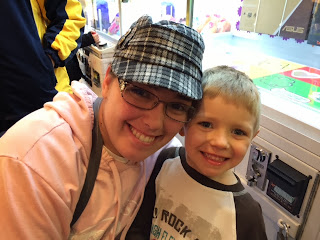 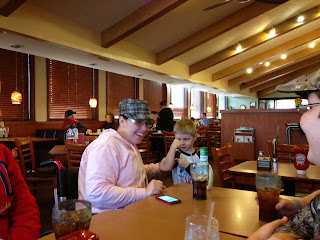 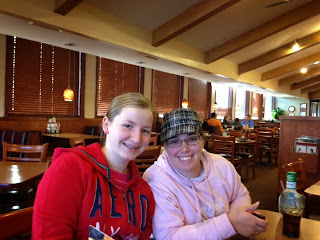 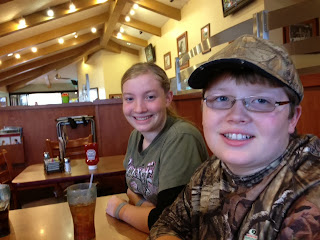 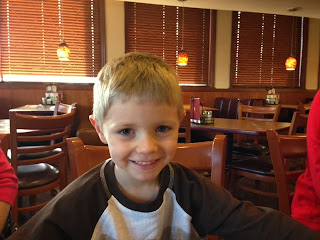 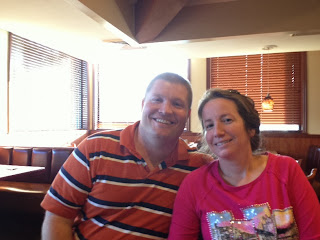 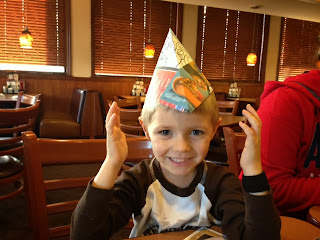 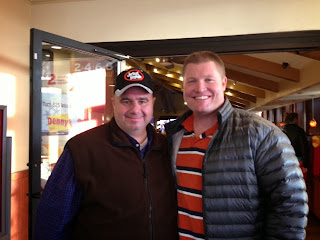 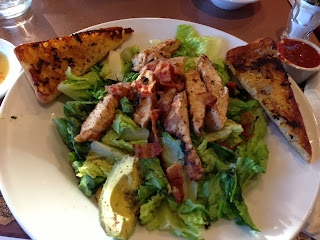 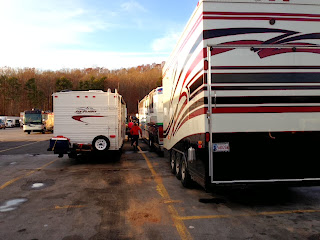 These are super folks and it was great to see them again. When Benji text me Saturday morning wondering if our paths might cross in Knoxville I was thrilled to try to make it happen. I am so glad they thought of us as they were traveling.  May God bless our friends. 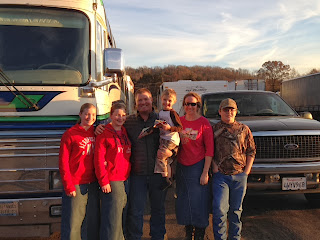 About 1/2 mile after getting back on the interstate I saw smoke around the trailer wheels on the drivers side. I thought it was a tire blow out. I rushed back there after I pulled over but the tire was fine.

I took the tire off and drove 15 mph about 4 more miles to the Pilot truck stop. Benji turned around and followed me into the Pilot and stayed with us until we knew that help was coming.

I told them to go on but they insisted on seeing us off the side of the interstate safely. Benji also made some phone calls and helped me with information so I could make a decision what to do.

Good Sam sent a mobile mechanic and he took off the hub and inspected everything. He thought the spindle and back bearings were fine. 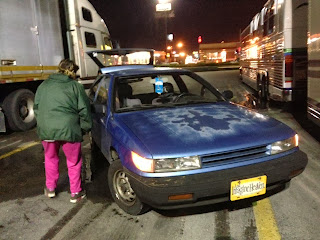 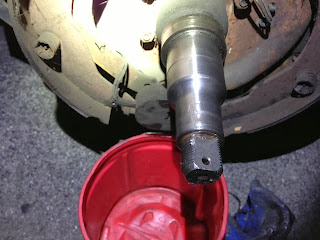 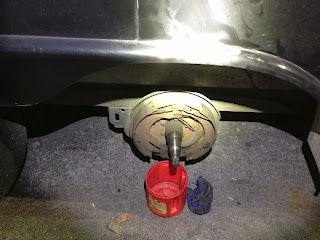 He took the hub to a place that was open on Saturday night of Thanksgiving weekend and they had the front bearings. The hub is scored some but they did not have a replacement. The old one is usable but I will probably need to change it in the future. When he returned he put it all back together twice to get it right.

It seems OK now but by the time he was finished it was after 10:00 so we decided to wait until morning to finish the drive to Kentucky. Pastor Duane Allen was very understanding and is allowing us to start revival Sunday night rather than Sunday morning as scheduled.

It was an expensive and nerve wracking evening but I was able to witness to the mechanic and his wife and also gave them a Christmas CD and asked them to listen to the Gospel sermon. Who knows what God will do with all of that.

Yep, it has been a crazy day but we are safe, warm and saved. AND, at least I am not pastoring a church!