The Story of Oak Ridge, Tennessee

Oak Ridge, Tennessee is one of our favorite towns to visit. We first found out about the history of this beautiful city when we visited the American Museum of Science and Energy in 1989.  While in Tennessee a few weeks ago I spent a few hours wondering around in my favorite museum again. 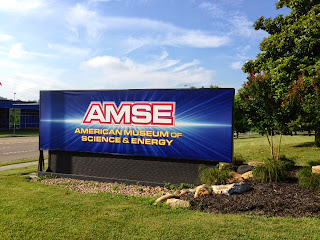 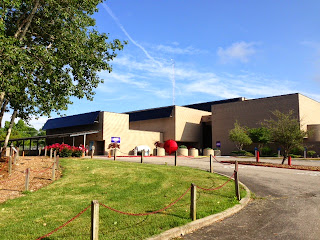 We visited the museum as a family in 1989. It is a great place with all kind of exhibits and information about all types of energy with a focus on nuclear energy. The films, lectures and hands on exhibits are all top notch. We have been back several times since then.

On that first visit I became fascinated with the Oak Ridge story. Of course, we had no internet then so my knowledge was limited to what I could glean from a 3-4 hour our visit. They have a whole area dedicated to telling the story of Oak Ridge and the critical role the city played in developing the Atomic bomb and winning WWII. It is an amazing story.

They call Oak Ridge, Tennessee the Secret City. It is certainly not a secret now but for the first few years of its existence it was definitely a secret. Oak Ridge was built in a hurry as part of the Manhattan project in WWII.

A beautiful valley that had contained four small villages populated by about 3000 people became a city of over 75,000 people with everything they needed to live in just a few short months. They built three huge plants to separate enough Uranium for the atom bomb and to try to manufacture plutonium. Every thing was done in absolute secrecy with only a few men in the whole country knowing the real reason for Oak Ridge. 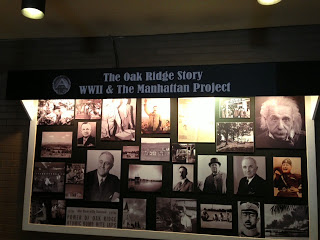 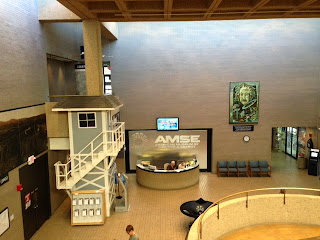 It was totally fenced in and guarded 24 hours a day with nobody going in or out without permission. There were signs every where cautioning the workers not to talk to anybody about the work they did. They knew they were working in the war effort but had no idea what it was about until the first atom bomb was dropped on Hiroshima on August 6, 1945. 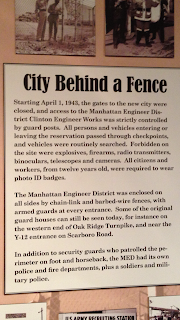 They initially estimated the city population would be about 13,000 but they realized very quickly it would be much more. They constructed houses of all types, dorms, camps and even brought in thousands of trailers to accommodate the people.


One type of house designed for the workers of TVA a few years before was used in Oak Ridge. It was a modular home called a Flat-Top. There were thousands of these built in Oak Ridge as well. Many of the Flat-Tops are still being used as homes in Oak Ridge today but they have been modified and enlarged through the years.

One of them was auctioned off in 1948 and was transported to Tazewell, Tennessee and used as a families summer retreat for decades. A few years ago that family donated their Flat-Top to the museum and it is now set up outside. It was amazingly close to original condition right down to many of the original fixtures and lights.

It was restored and is now on permanent display. I think it is pretty neat. 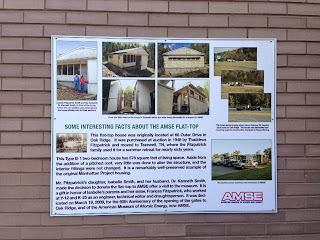 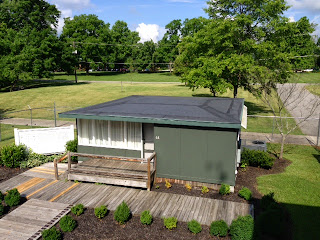 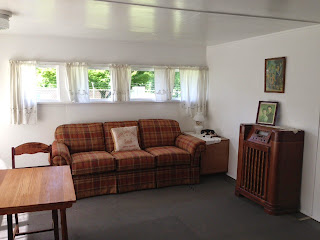 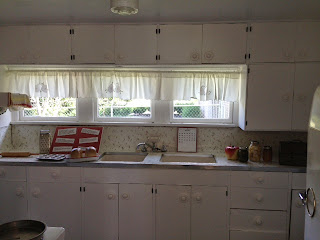 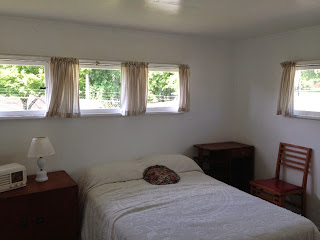 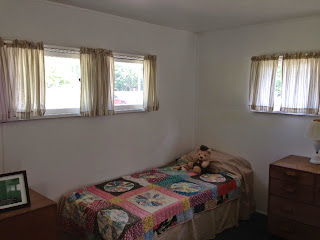 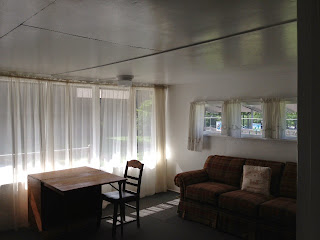 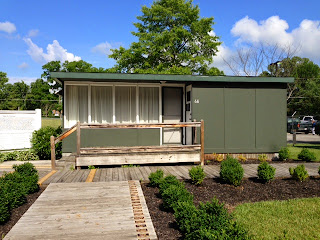 You can find out much more about the museum and the story of Oak Ridge on the American Museum of Science and Energy website. It is a great museum with a great story to tell. It used to be free but it is still only $5 even without student and senor citizen discounts. It is well work the money.

Most sculptures are not my thing. But the sculpture outside of museum was interesting. It is a memorial to the World Trade Center Twin Towers made from scrap. It is pretty neat too.

Hope you have a great day. 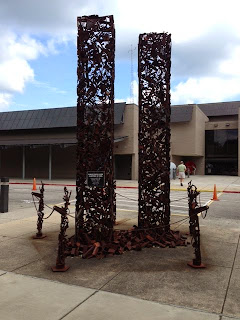 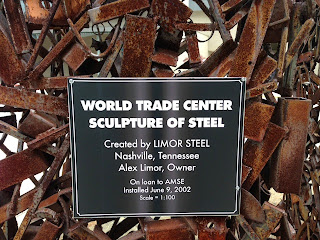 Posted by Davy, Kelly and Odie Boggs at 6:39 AM

Email ThisBlogThis!Share to TwitterShare to FacebookShare to Pinterest
Labels: Things to See