A Busy Day With Friends

Monday evening we met my brother Steve and some of his family at City Barbeque. It had been a very long time since we had been there and it was great to go back. Kelly Jo and I had stopped in there when my Dad was in the hospital last month but they were out of smoked turkey and corn pudding. Two strikes were enough so we ate something else.

I am happy to report that Monday night they had everything in stock and it was hot and ready to eat! Wow, it was good. 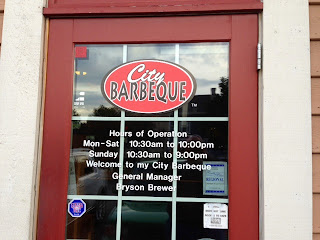 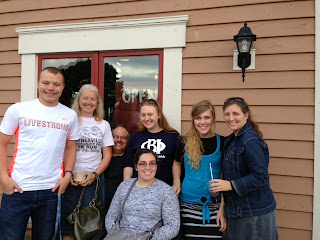 Kelly Jo picked up the girls shortly after 9:00 Tuesday morning and spent the day at the Columbus Zoo. They had never been to that zoo but had heard good things about it. They really liked it. They liked it so good it kind of made me wish I could have went too. I am sure that Odie will have a post with lots of pictures about their zoo trip soon.

I left about 9:00 to go back to Cincinnati/Northern Kentucky airport. Bro. Shobanke was flying in from Texas and I was privileged to drive down and pick him up. He had a little hiccup in his original plans but it is amazing how it is all working out for his good and God's glory.

When Bro. Shobanke's plans changed, Bro. Hobert Bowling and his son Bro. Neil went the extra mile to get Bro. Shobanke's ticket changed. It was an inconvenience for them to do it but they did it willingly. A few days later God cause Bro. Shobanke to cross paths with a brother from this area that was passing through Texas and soon he knew why God was bringing him back to Indiana and Ohio this week.

Bro. Shobanke had not seen Bro. Burkett for many years and had been praying for an opportunity to find out where he was and to see him again. A few days after he was directed back to Indiana and Ohio he was introduced to Bro. David Eldridge. Bro. Shobanke told Bro. Eldridge about Bro. Burkett's kindness and Bro. Eldridge pulled out his cell phone and called Bro. Burkett.

In that phone conversation Bro. Shobanke learned that Bro. Burkett was pastoring in Indiana and the door of opportunity was opened to see and preach for Bro. Burkett. Bro. Shobanke is so thrilled at how God's hand has guided every step of the way.

I am glad to be a small part of it too. 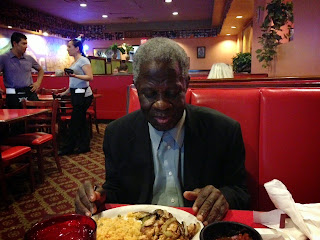 I worked a big part of the day chasing a bunch of lose ends in the CD process. The pictures are taken and now they are in the hands of Calotype Photography for the cover design. We will have more information on all of that as it becomes available.

We start a few nights of revival tonight at Anchor of Hope near Lebanon. Please pray for us.
God bless you all.

Davy
Posted by Davy, Kelly and Odie Boggs at 5:36 AM