A Visit to the Original KFC in Corbin, Kentucky

I am going to have this ready to post on Thursday just in case we are not able to post from Nigeria the first day. Remember, there may be more than one post a day while were are gone so scroll down to see.


Sunday we ate with the Carpenter's at the Original KFC in Corbin, Kentucky. The colonel's story is very interesting and the chicken was very, very good. We had great food, fellowship and fun in the house that fried chicken built!

Of couse, Kelly Jo had to have some pictures with Colonel Sanders. She loves those celebrity pictures you know. In this first one the Colonel is trying to balance a bucket of chicken on her head. 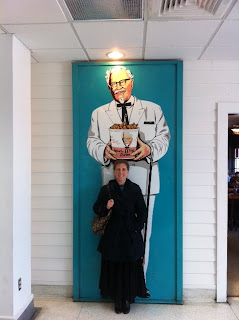 Evidently Colonel Sanders had never seen an iPhone. I would guess he is just too busy preparing chicken and visiting with all of the folks that come through. You can see that he is very interested in the KJ's iPhone. He really loved all of her pictures, especially the pictures with other celebrity's. 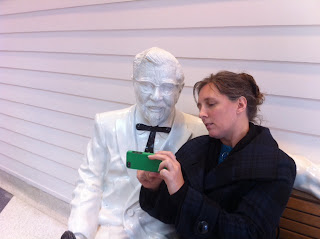 I am so glad we finally made to the home of Colonel Sanders and Kentucky Fried Chicken. I have been a fan for years! 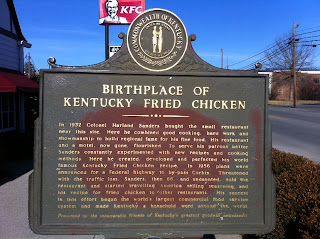 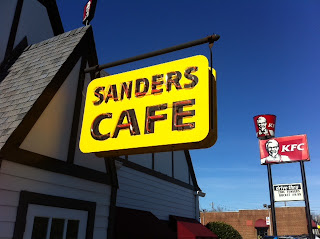 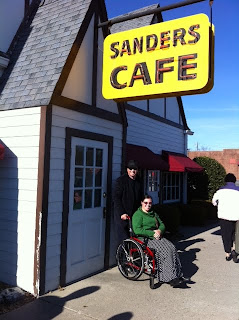