A Change of Plans In Napier, New Zealand

Revival rolls on. We are socially distant but spiritually in sync. These are crazy times, but a perfect time for a revival. Come have revival with us at 8:00 PM Eastern time.

A Change of Plans In Napier, New Zealand
Ok, today we are flipping back the pages of the calendar to the middle of last month. In fact, it was Sunday March 15. I have some beautiful pictures to show you.

However, the coronavirus was heating up and although we had no reason to believe that we had been exposed to it, I reminded the Pastor that we were on a ship. The last thing in the world I wanted was for the church people to be scared to death of me.

We were set to walk out the door and go to church when I heard back from the Pastor. After several minutes of back and forth, he told me that our mode of transport was fine with him and his wife, but there may be a family or two with small children that might be a bit apprehensive. He left the decision up to me.

Obviously, that was the totally right decision to make in hindsight, but I hated it at the moment. Maybe we will make it to Napier, New Zealand again someday, but I hope they move a little closer to the USA first.😇

That freed us up for the day with no previous plans, but that was no problem at all. We took the shuttle into town, toured the Aquarium, walked through the main shopping district and then plopped down on a bench and looked at the beautiful water.

We ran into Bro. Bruce and Sis. Priscilla Mayhan twice that day and that is always a good thing. I think we have a few pictures of them that day.

We had a small church service among ourselves in the wedding chapel. I think it was Sunday evening after supper when we did that, but I could be mistaken. There were only 8 of us, so we would qualify crowd wise even by today's standards.

We did not take any pictures during our impromptu service, but we did take a group picture and also a few pictures while we were out and about in Napier, New Zealand. 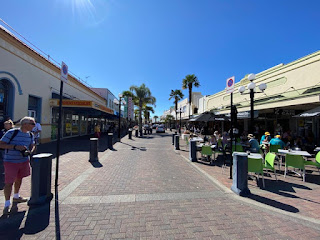 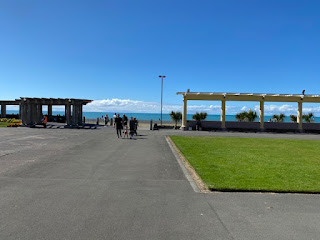 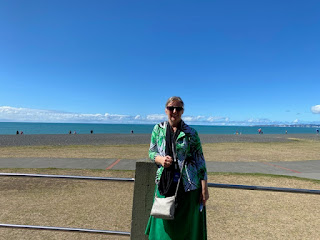 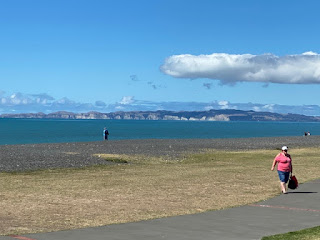 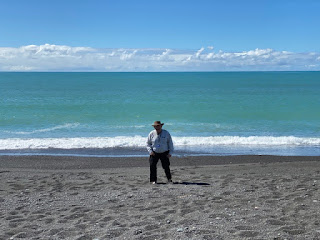 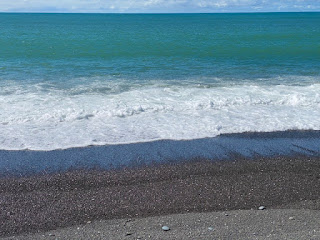 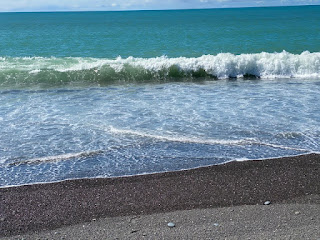 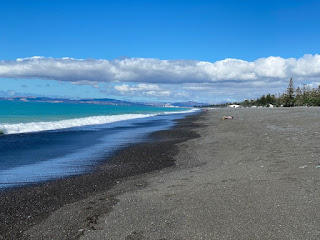 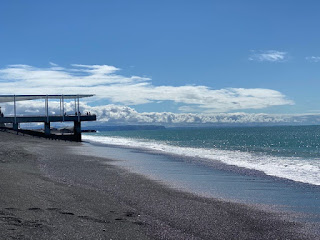 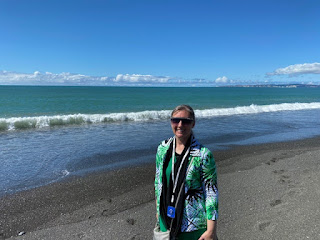 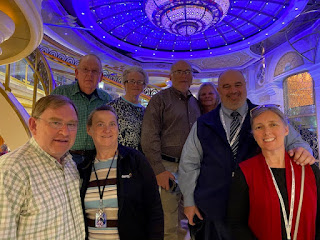 Unfortunately, there were more plans to change Sunday evening. It has already been announced that New Zealand was not allowing any more ships within its borders. However, we were already in New Zealand so they were going to allow us to visit the remaining ports on the schedule.

Sunday night that all came to a screeching halt. Australia called our ship and other ships back to port immediately. Our ship began to comply right then and we turned toward Sydney. It would take us from Sunday night to Thursday morning to cut between the north and south island and to cross the 1000 miles of mildly angry Tasman Sea, but we pulled into port very early Thursday morning.

That wraps up our trip, because I already told you about the Sydney to Tennessee leg.

Hey, thank you for reading today.

Davy
Posted by Davy, Kelly and Odie Boggs at 5:26 AM