We closed revival as planned on Wednesday night at Beechfork. God blessed the services and we enjoyed His presence and loved being with our friends.

After church Wednesday night we went back to the bus and prepared to pull out Thursday morning. We were leaving in shifts and that required a little planning and shuffling. Once everything was settled, we were off to snooze-land before the real running began in the morning.

Thursday Kelly Jo and Odie were on their way early to Pigeon Forge for the opening service of PFYC 2018. I remained in Vonore for a few hours. Jeff and his men had a few more things to take care of on the BoggsMobile. They finished, Jeff and I settled the bill and I left a little about 10:25.

The roads are curvy between Vonore and Pigeon Forge although the route is passable for trucks and buses. The last time I drove it, I went up to Knoxville and then east to the Sevierville exit. Now I remember why.

The other route is so curvy and hilly that the auto pilot would not engage properly. I could not even make a quick run back to the fridge to fetch a snack and something to drink.😉

I arrived in one piece, parked at the Leconte Center, cleaned up and went inside for the end of the first morning service. The whole conference was great. We enjoyed the services and the fellowship was refreshing as well. 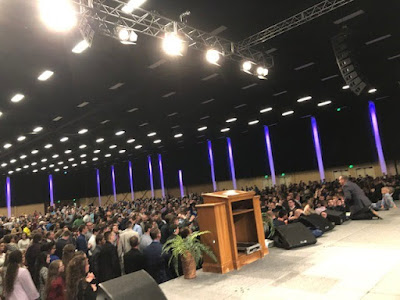 We have all kinds of PFYC pictures we will be posting this week.

Saturday morning rolled around and it was time to head south. It was raining pretty steady and had been for hours. Thankfully not long after we hit the road, the rain stopped altogether. Traffic north to Sevierville was clear and Knoxville was no problem either. The only slowdowns all day were around Birmingham, Alabama, but it was not too bad there.

We stopped at the first rest area in Alabama on I-59 to do the work of an evangelist and then in McCalla, Alabama at Loves for a little gogo juice. 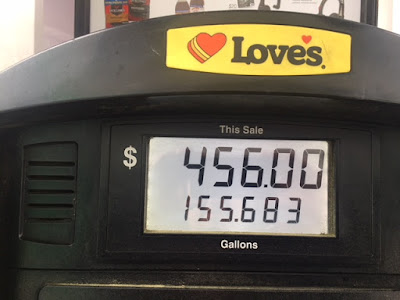 After 8 hours we stopped at a rest area near the Alabama/Mississippi state line and decided we were done for the day. We had driven 426 miles and that seemed like enough. 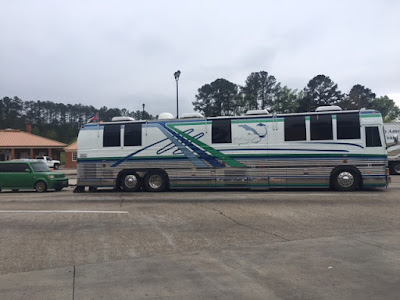 We thought the good rest was so that we could swing into tent revival mode this week. It turned out that Saturday night's rest came in handy a little earlier than planned.

We had parked about an hour from Stonewall, Mississippi. Some of you may remember that my niece Deidre married last October and now lives in Stonewall. We wanted to go to church with her on Sunday morning. Thankfully we were able to do that and surprise her in the process. It was a real treat for us to see Deidre.

Odie captured a few pictures of Deidre and her Mississippi family. Pastor Shoemaker and his family are great folks and it was wonderful to see them all too. 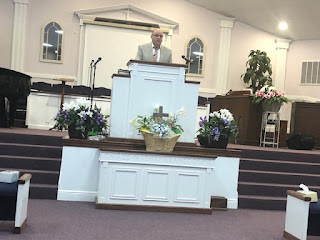 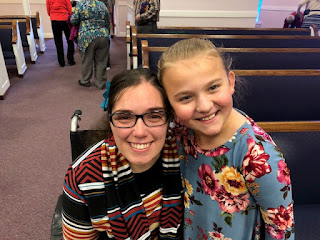 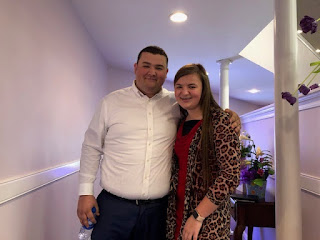 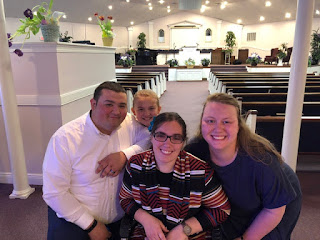 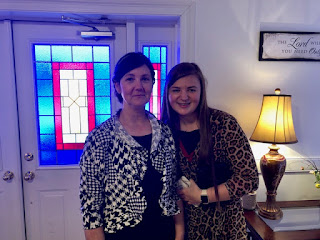 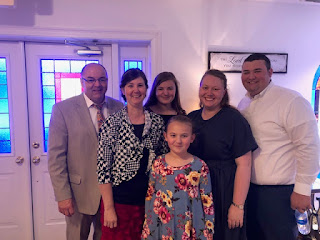 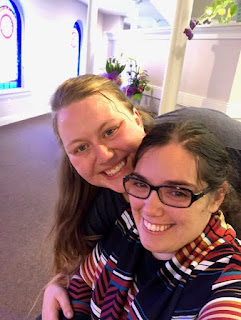 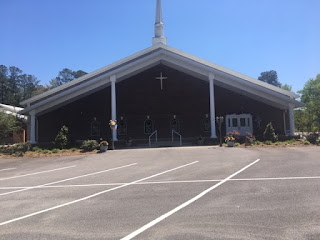 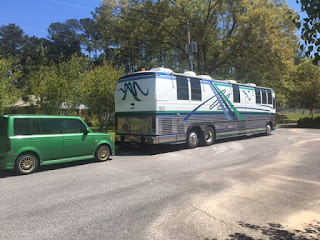 After church Sunday morning we worked our way back to the interstate and headed south toward Richton, Mississippi. We were supposed to sing and preach for Pastor Scott Morris and pick up the tent trailer there.

All of that was interrupted less than four miles after entering the interstate. I noticed our engine temperature rising rapidly. I was parked on the shoulder before the temperature rise could shut the bus down and that is a good thing.

Through a series of tests and texts and calls to Jeff Rowe, it was determined the fan clutch that was installed Wednesday is not functioning correctly. The fan is not working on low or high at all. It is not known if the failure is in the fan clutch or some where else. It is extremely rare for these fan clutches to fail.

The bus would idle and hold its temperature fine. Trying to drive at all would cause the temperature to creep higher. Without the fan working, we would soon be bouncing along behind a big tow truck.

There are two ways to temporarily lock the the fan on high so that you can move the bus to a repair facility. There is a way to do it electronically but that would not work at all. There is also a way to do it mechanically for a short duration.

I decided to do that and take my chances on going back to Vonore, Tennessee.

Any good heavy duty mechanic should be able to change the fan clutch, but most can not diagnose the problem on a Prevost bus. If we do not need a new part, I need someone that has the training and brains to figure out what I do need. Kelly Jo and I both felt comfortable with reversing course and going to Vonore to put it Jeff Rowe's capable hands.

I called Pastor Scott Morris and explained the situation to him and he was gracious, of course. I hated to cancel them from only 65 miles away. Once the bus is in working order we will have to go right back down to Richton to pick up the tent trailer. We will cross that bridge when we come to it.

Then I called Pastor Rick Simpson. I had planned on being there Monday evening to prep for tent revival. The tent was supposed to go in the air Tuesday night and we were supposed to begin revival Wednesday night. All of that will be delayed at least a day or two. I will keep you posted here.

There was no way to get the bus and tent trailer there. Bro. Simpson was very gracious as well and understood perfectly.

413 miles and 6 hours and 30 minutes later we were pulling in about 10:00 or so Sunday night. We came right by Vonore on the way south Saturday morning so we made a 830 mile loop for kicks and grins.😅

To conclude, I expected to wake up and write this post today in Richton, Mississippi. Google Maps tells me I missed it by 466 miles That is not too bad IF you say it real fast.

That wraps up the weekend. Thank you for going along for the long ride.

Davy
Posted by Davy, Kelly and Odie Boggs at 6:00 AM