New Tires and Wheels For The Tent Trailer

Since we are in the midst of our first tent revival of the year, I will post about an update on some of our tent revival equipment.

Several months after we began using this particular trailer in early 2012, I put six new tires on it. I went with Firestone Transforce tires on recommendation of Bro. Jimmy Millikin and they have proven to be very good tires.

However, 300 miles after I put the tires on, I noticed one of them was running a little low. I aired it up and checked it a few miles down the road and it was low again. Imagine my surprise when I took the tire into a shop and they told me the tire was fine. It was the aluminum rim that was leaking.

What? How can that happen. The air was seeping right through the aluminum! I found out it was uncommon but not unheard of for that to happen to aluminum wheels.

The spare was mounted on a matching aluminum rim so I put it on the trailer. I bought a steel wheel for the spare and figured all was well.

Later that summer in Nebraska a second rim started leaking. Rather than buy a set of rims, I decided to buy a tire pressure monitoring system and squeak by for a while before replacing all of the rims.

I worked through the reasoning for that decision HERE. That decision worked pretty good. I did have one more aluminum rim fail three years later. The last few years I have had four aluminum rims on the trailer, two steel rims and one steel rim for the spare. It was not pretty but it worked.

This is one of the old aluminum rims. 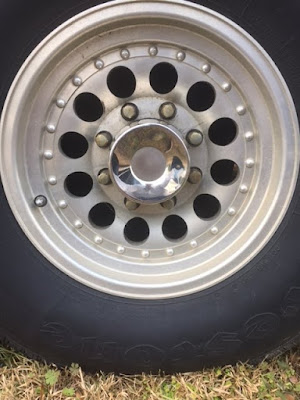 One of the steel rims. 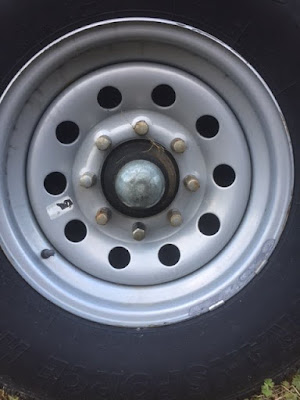 A mismatched but functional set. 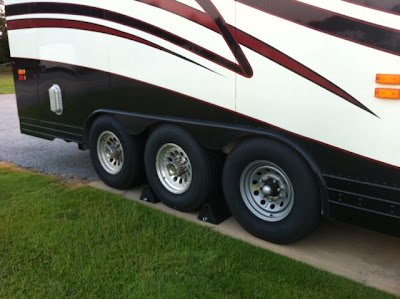 One of the reasons that I did not replace the rims back then is that I intended to eventually upgrade to heavier rims and tires. The trailer had Load Range E tires and I wanted to upgrade to Load Range G Goodyear tires like I had on my old Kountry Star fifth wheel. I would need stronger rims for those tires so I decided to wear out the tires I purchased in 2012 before making a change.

I planned to make all of this happen this past January and February while I was in Mississippi near the trailer. I could not make it happen without some more information.

I had researched the wheels and tires, but when it came time to purchase I ran into a few problems. I did not know the "offset" for the rims and no one could tell me. I thought the trailer manufacturer, Featherlite, would have records, but they did not.

I had to learn for myself how to figure the offset. Google eventually pointed me to the solution but by the time I had the proper knowledge, I was already away from the trailer. 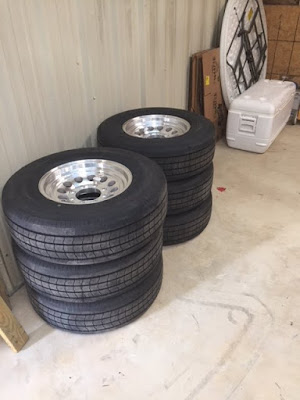 The wheels are HiSpec Series 3. They are 16x7 with a 8 on 6.5 bolt pattern and -8 offset. They need to be rated for higher weight for Load Range G tires and these are rated at 3960 lbs. I had searched high and low for all of these specifications in one wheel. I was about to give up until Ben Isaacs sent me a link for these. Thanks, Ben. 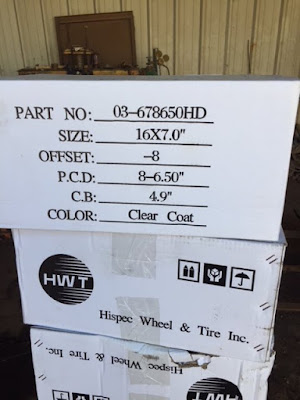 When I was trying to figure the offset, some one sent me to a welding shop in Ellisville, Hall's Welding. I was told Randy Hall could measure the offset of the old wheel. He could not help me with that, but he was able and willing to order the right wheels at a great, great price. Thanks, Randy! 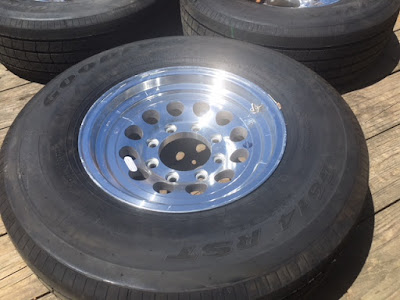 I also purchased a Gladiator Load Range G tire from Paul's as a spare. I hope I never use the spare and I hated to spend big money for a seventh Goodyear. The cheaper Gladiator will get me down the road a ways should I ever need it. I appreciate Bro. Carrol Walters and Paul's for helping me. Thanks, Bro. Carroll.

When we arrived in Richton on April 10 Bro. Scott and Bro. Brandon jumped in to help me quickly change the tires and wheels. 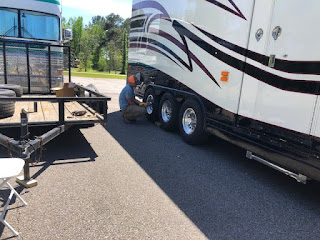 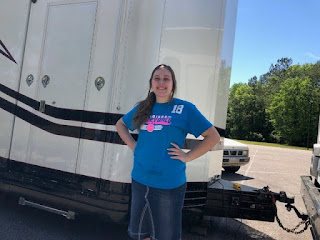 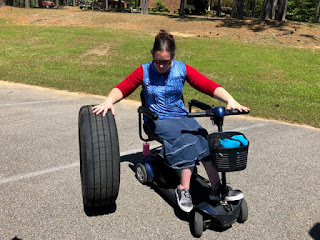 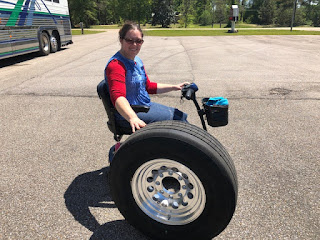 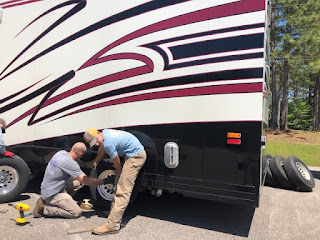 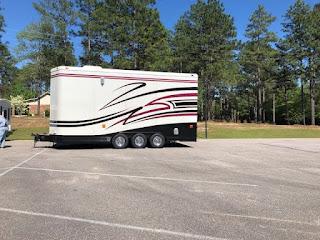 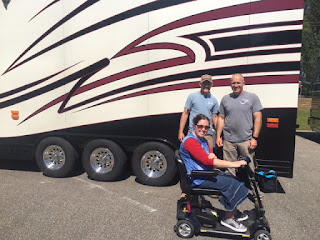 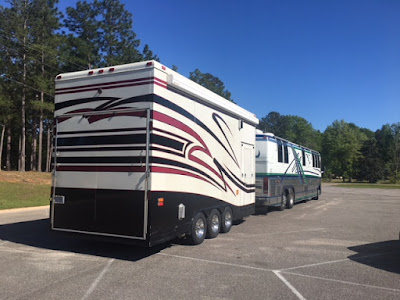 The trailer rides better, seems to pull better and Kelly Jo said it looks much more stable going down the road as she was following me. She drove the car behind the trailer at least 100 miles the first day and she was very impressed. 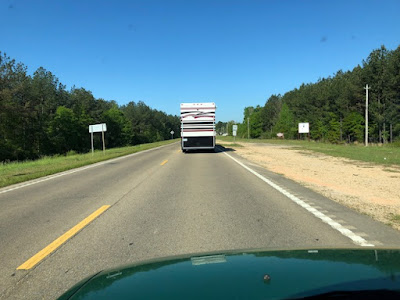 I wish I had made this change a long time ago. 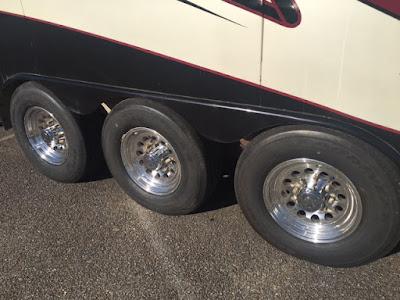 AND they look nice too!

These tires and wheels should last us a while!

Thank you for dropping in today.

Posted by Davy, Kelly and Odie Boggs at 1:21 AM