A Return To Katz

I know that many of you have been eagerly awaiting pictures from our return to Katz Deli Express north of Houston, Texas! It is time to get the show on the road!

We thought we were returning to Katz Deli Express, but about three years ago the owners converted it to a full fledged Katz Deli. That means it was remodeled inside, the menu was greatly expanded, they have table service AND it now stays open 24 hours a day!

Of course, the expanded menu meant nothing to us last Thursday, we were there for one thing and one thing only. Yes, that is right, we only had eyes for Reuben.

KJo and Odie went smallish and I went big, New York size! You might as well go big or go home! 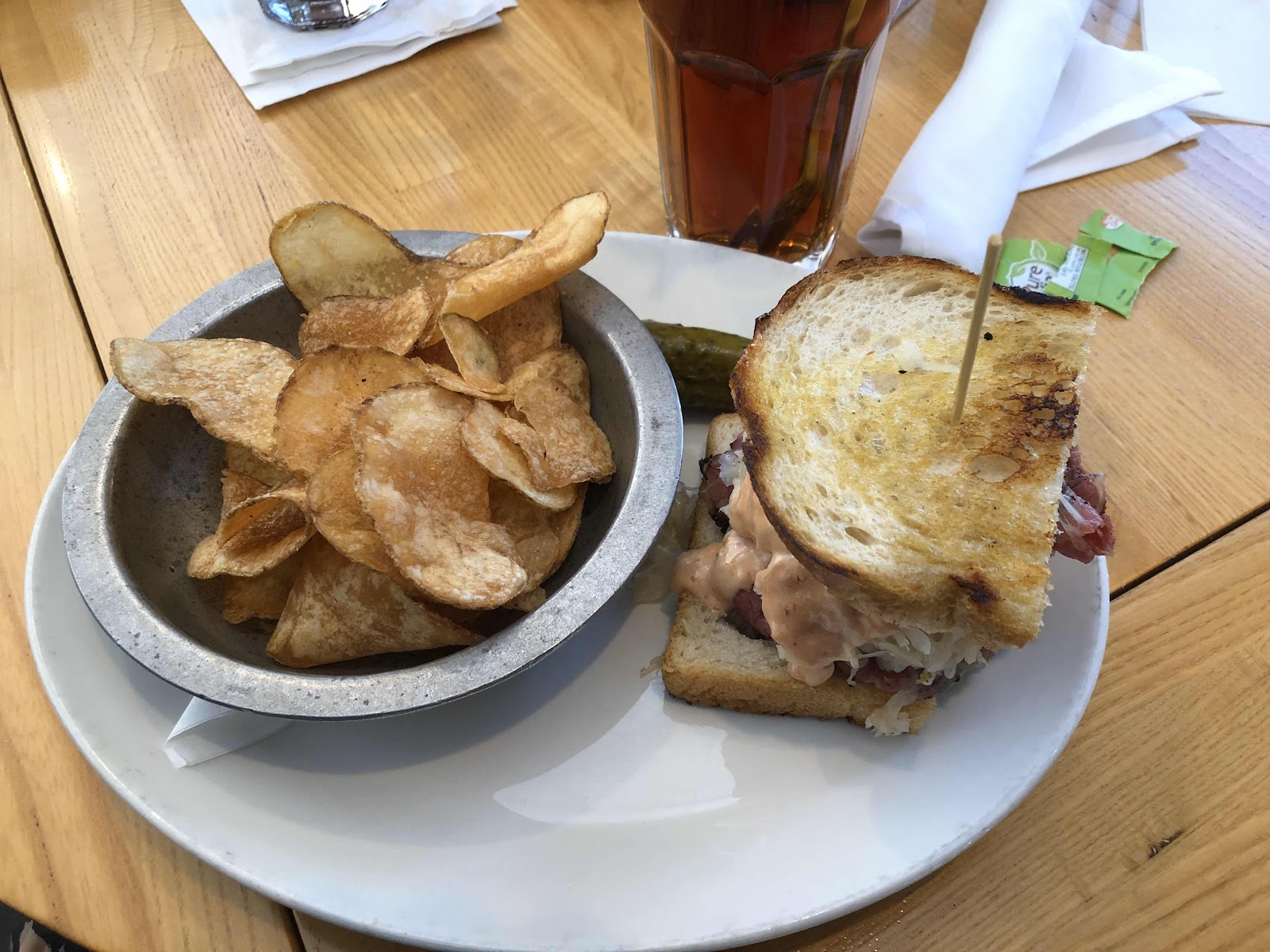 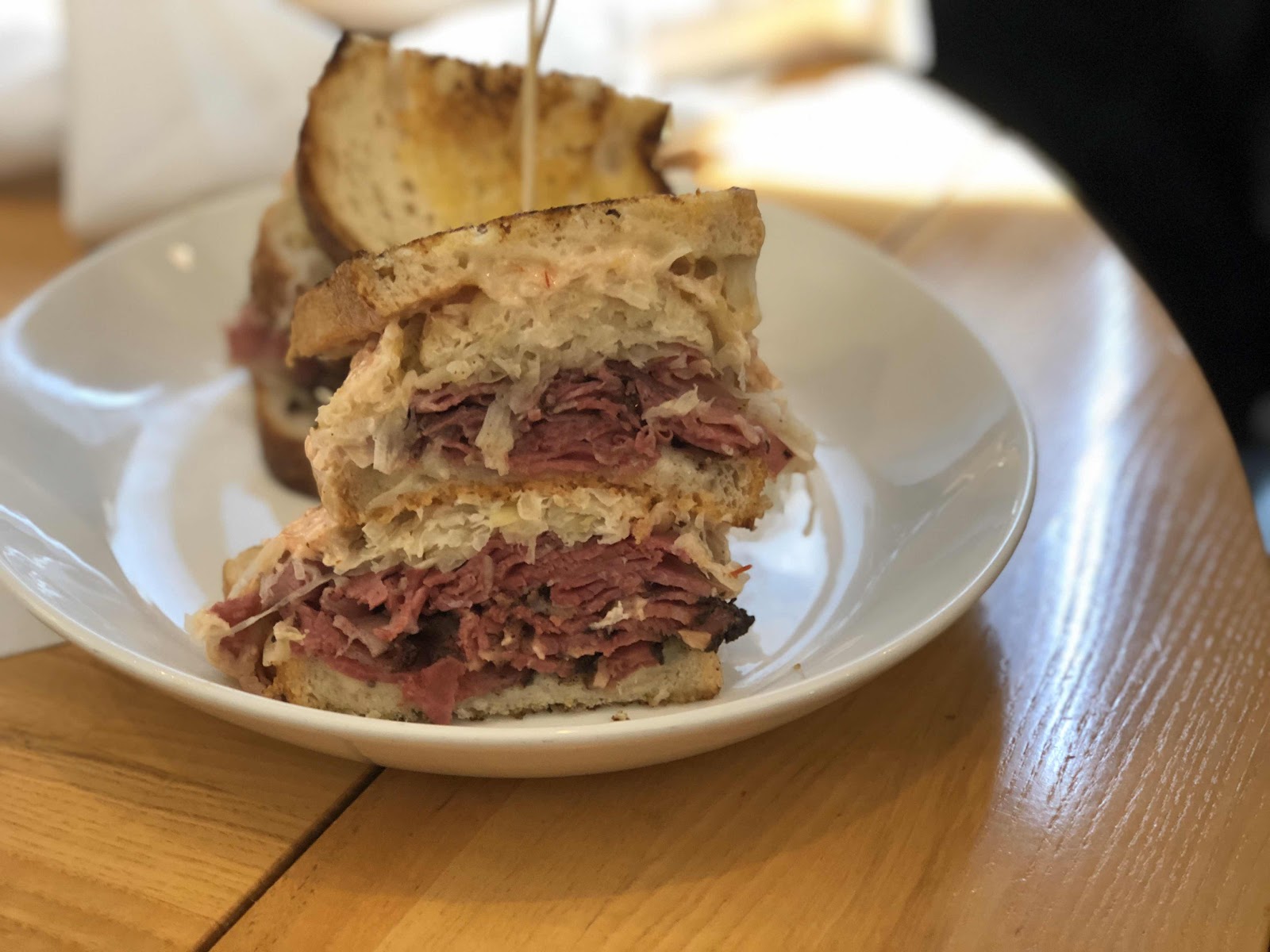 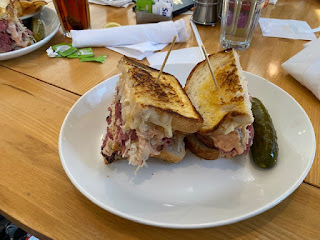 My New York size Reuben was smaller than it was when we visited 6 years ago. My brother Steve summed it up well in German, Shrankabitz! 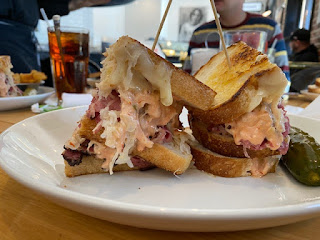 It was leaning and collapsing a bit, so that makes it look even smaller than it is, but it was remarkably smaller than the one I ate on our first visit. This next picture with the fork for reference was last Thursday. 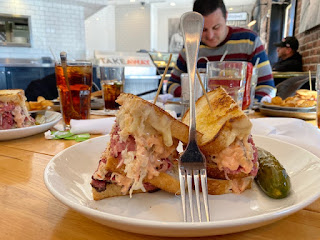 This one with a fork for reference was in October 2013. 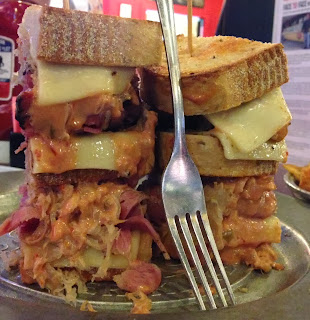 Wow! Do you see the difference?

But, even though the sandwich had Shrankabitz, it was as delicious as ever. It has been over 5 years since I ate any kind of sandwich with real bread, so I am prepared to say, the Reuben I ate last Thursday is the best sandwich I ever remember eating!

Hallelujah, It was super great! 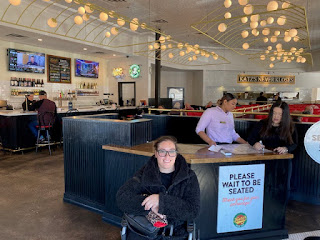 We enjoyed Katz Deli with Pastor Goodwin, Bro. Lucas and Sis. Amy. For some reason, Bro. Goodwin escaped without any evidence that he was there.

We appreciate Bro. Lucas and Sis. Amy for driving us over and treating us to lunch! 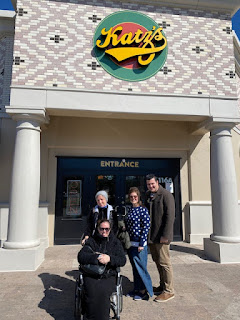 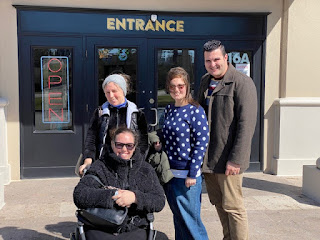 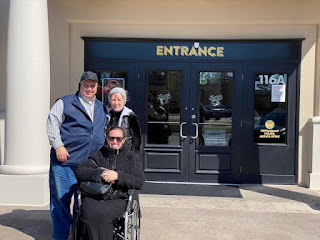 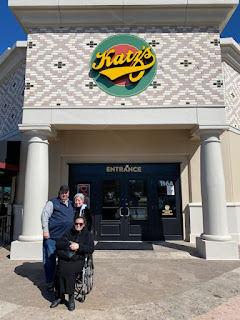 Our second trip to Katz Deli will long stand in our memory as a wonderful day and terrific food! Wow! If you ever get a chance to go, do it! Yes, it is that good! If you do not like Reuben, never fear, there is so much there to choose from, I know you will love it!

Posted by Davy, Kelly and Odie Boggs at 1:16 AM