The Patient Is Green, But Seems Fine

The Green Machine is a 2006 Scion xB. As of today, it has a touch over 198,000 miles. We purchased it in May 2012 with 73,000 miles.  This picture is from Monday evening before Thanksgiving. It does not look sick enough to need a transplant. 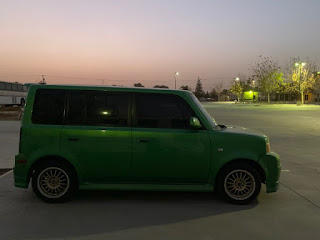 However, looks can be deceiving. A car with that many miles that has also been pulled behind a bus for way over 130,000 miles always looks better in the dark.😏

On Monday before Thanksgiving, Odie and I were in the bus and Kelly Jo was driving separately in the car because she had some stops to make in Hanford. She called me while we were still en route to Riverdale in order to let me know the car had begun to whine and then suddenly grind and stop moving. The good news was, she was OK and the engine would still run.

She was on a country road between Hanford and Riverdale and soon we figured out where. I carefully drove the bus there and KJ helped me get the big thing turned around on a small road and I backed up to the car. That was an adventure in itself, but unfortunately, we have no pictures.

After the tow bar was hooked up, we discovered the car did not want to roll freely. I had not considered that would be a problem, but tires dragging instead of rolling is definitely a problem.

Kelly Jo climbed into the driver's seat of the bus and pulled out on the road while I was fiddling with the gear shift in the car. After a few attempts, it seemed to slip into neutral. I got out of the car and had Kelly Jo pull forward a few feet as I checked to make sure all four wheels were rolling freely.

We were about ten miles from Riverdale and we made our way there slowly, checking frequently to make sure the transmission had not jumped back into gear, locking up the wheels and causing even more problems.

Once the car was unhooked and the bus was parked, we pushed the car into a parking place and about midway, it quit rolling. I could not get the car into neutral for the rest of the evening. Ugh!

Tuesday morning was spent finding the right shop. Bro. Bynum Allen from Hanford recommended Performance Automotive as capable and especially honest. I called Martin at Performance and he could look at the Green Machine that afternoon IF I could get it to him.

I have towing coverage through Good Sam, but sometimes that takes hours so I was in the car fiddling with the gear shift all morning. After many attempts, I found the secret to sliding the shifter into gear. I first got it shifting through the gears in the parking lot and then I took off for Performance Automotive 17 miles away.

Martin was able to drive it after I arrived at the shop and while driving, he delivered the sad prognosis. His educated and experienced guess was the transmission was dead.

Kelly Jo picked me up in a car borrowed from Bro. Russ and Sis. Ambria in Riverdale. Thank you, dear friends, for helping pull my fat out of the fire! We owe you big time!

Martin put the car on the lift that evening and confirmed what he had heard while driving, with the added bonus that the driver's side axle that we replaced 15 months ago was bad too. 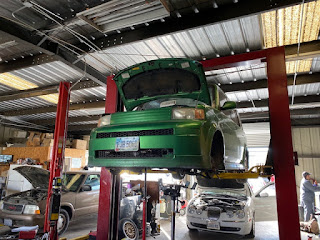 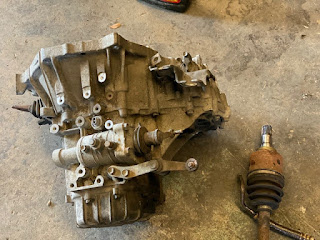 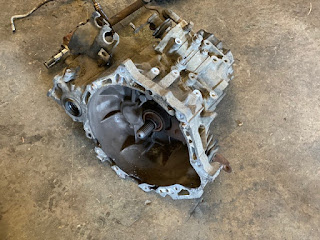 Martin ordered a used manual transmission and the waiting game began. It was possibly going to be delivered Wednesday before Thanksgiving, probably the Friday after Thanksgiving, but in reality, it was delivered Monday.

By Wednesday, we suspected the part might not hit the projected delivery time and that we would be stranded over Thanksgiving. Kelly Jo found a cheap rental in downtown Fresno at Budget and that is what we drove for several days.

Tuesday morning Martin called with good news! He had installed the used transmission, a new clutch, a new driver's side axle and the Green Machine was ready to pick up. He had driven it 5 miles and I added my own 5-7 miles and it seemed to be fine.

Kelly and I took the rental back to Fresno, had some lunch and then drove back to Avenal for a total of 102 miles driving the Green Machine. 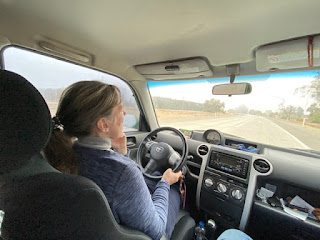 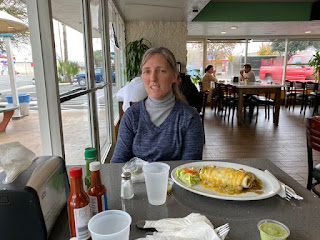 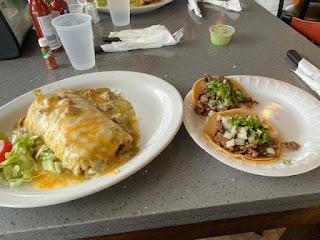 The Green Machine is at home with the BoggsMobile! 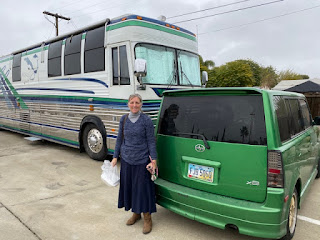 We sure hope we are at the end of this adventure, but we can not help but wonder what we should do next.

This latest repair brings our Green Machine repair bill to considerably over $5000 in the last 15 months. That total does not include regular maintenance and tires. The Green Machine had 197,962 driving miles when the transmission was replaced. We have been awakened to the need to start planning, but thankfully we did not have to make a leap to a different car at this moment.

We have considered several other types of cars to pull behind us, but we have many requirements. Number one, it must be designed to be towed four wheels down. (Most cars are not)

That is a tall list with a short amount of qualified vehicles. We need some guidance from above before we leap.

Email ThisBlogThis!Share to TwitterShare to FacebookShare to Pinterest
Labels: The Green Machine