The Mystery - Where Is Sherlock Holmes When You Need Him?

We had another great service at Bibleway Tuesday night. If God keeps helping us and the people keep responding, we are going to have sure enough revival around here. Praise God for His help!

The Mystery - Where is Sherlock Holmes when you need him?

I posted Monday about the weekend and told you about the 1/4" by 12' threaded rod that we picked up with the bumper of the Green Machine. 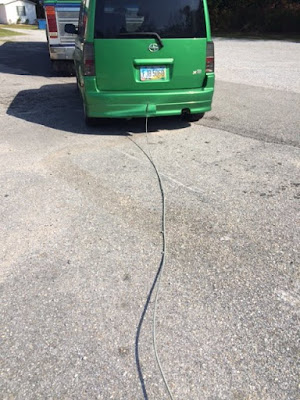 We ran across it some where between Saraland and Foley but did not know where. I reviewed the dash cam for about the the last 20 miles and thought it could have been about 10 miles up the road.

Here is the picture with the possibility. 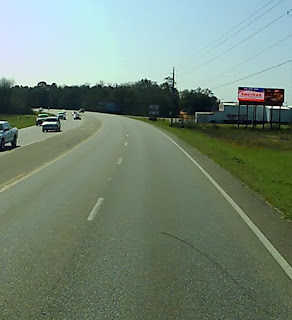 Kelly Jo found an authentic Mexican place with good traditional tacos and she chose that for Valentines Day. We were going right by the spot in the picture above so we decided to check it out.

First, my Valentine and her taco! 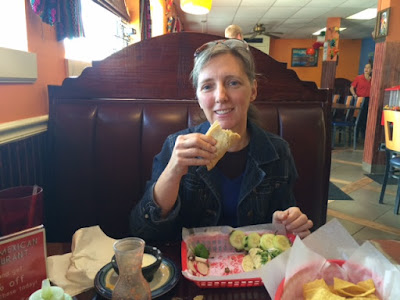 As I posted in the update yesterday afternoon, it was clearly a mark in the road and was still there when we went by. That means it was not the rod and not where we picked it up.

Yesterday evening I started viewing the dash cam footage as I was pulling out of the church at Saraland and watched it all. On Old Spanish Fort Trail/Hwy 98 just before we crossed the bay and joined I-10, I spotted another possibility. Could this be it? 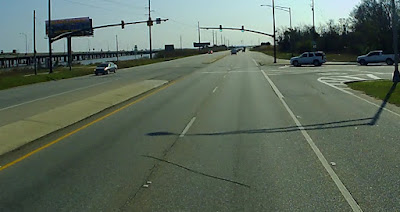 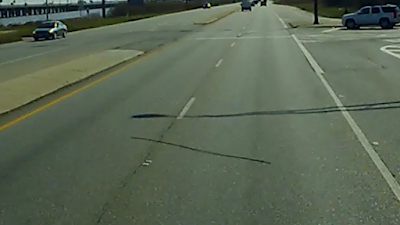 It definitely looks like an object laying in the road. When you zoom it up real close you can kind of see a shadow under it. 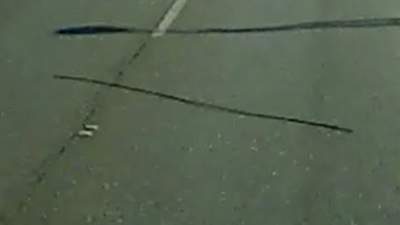 There is one big problem with that being the point where we picked up the debris. That point is 35 miles from the church in Foley. I do not believe we carried the rod dragging from the Green Machine bumper for 35 miles for two reasons.

Number one, I do not thing the bumper would have hung on that long. We were going 65 MPH for several miles on the interstate and that rod would have been bouncing all over the road. Dragging it 10 miles was a stretch but 35 miles with several miles of fast driving is too much. It was barely hanging on any way.

Secondly, if the rod was dragging 12 feet behind the bumper for 35 miles, some one surely would have let us know! Once we exited the interstate, we were in stop and go traffic with red lights and even policemen passing us. I have got to believe some one would have honked or something. I remember cars pulling up behind us in the back up camera and they would have had to be on top of the rod if it was hanging from the bumper.

Here is a possibility. We know it ripped the rear mud flap on the driver's side nearly off. Maybe it was hanging from the mud flap or something else back there for most of the ride to Foley. If it was, then most of the rod would have been under the bus and not visible to passing cars. At some point, maybe on our only 90 degree turn about 5 miles from the church, it came loose, went under the car and punctured the bumper of the car.

I know that is grasping at straws but it is all I have for the moment. I know one thing, it makes me want to look at the bottom of the bus as good as I can. IF nothing else is damaged, I call it a miracle.

Davy
Posted by Davy, Kelly and Odie Boggs at 6:28 AM