I mentioned on the blog back in September that Bro. Carroll Walters from First Assembly in Richton, Mississippi had donated a good size generator to Boggs Family Ministries for City Reach. He purchased it to use back in 2005 when Katrina hit and he had used it very little if any since then. He cleaned it up, changed the oil and filters, adjusted the valves and had it completely checked out.

Here is a picture of it the day it was brought to the tent in Richton. We really, really appreciate Bro. Walters gift. 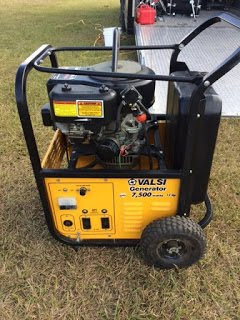 It is a tremendous gift and has already been a blessing during tent revivals. You may notice in the picture above that it had two 110 plugs and one 220 plug. Both the 110 and 220 plugs were protected by small push in fuses and you could not use both without blowing them. The generator produces plenty of amps but they were not all usable That was not uncommon in generators from that time.

Generators now have several circuits and are much more versatile. I decided back in September to rewire this one but I knew I would have to wait until I could get back down in the south where the generator was stored in the tent trailer.

I purchased the parts while in Ellisville, Mississippi and started on it that week. I finished it up last Friday in Livingston, Texas and it ended up pretty good. The boxes are surface mounted but do not stick out as far as the wheels so I think it will be OK. 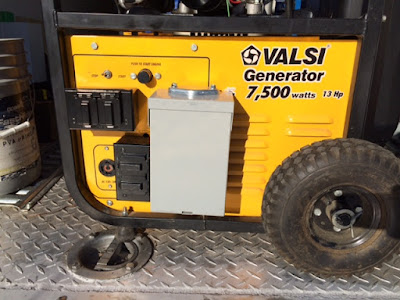 There are two 15 amp breakers and two 20 amp breakers and I retained the 220 plug as well. Bro. Walters also gave me a 220 pigtail that divides in to 100 circuits too. That will allow us to run everything under the tent and properly use the amps produced by the generator. 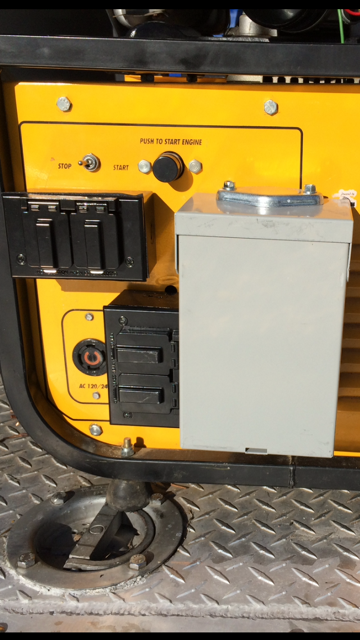 There is something to do nearly every day in the tent trailer and spending time in there makes me want to get the tent out and get to preaching! We are excited about what the Lord is going to do under the tent this year and beyond.

Davy
Posted by Davy, Kelly and Odie Boggs at 6:21 AM