We started the day chasing our shadow toward El Paso. It was an absolutely beautiful day! 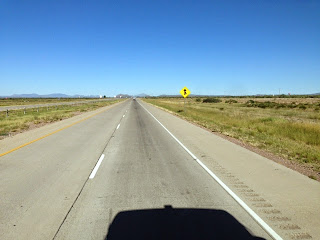 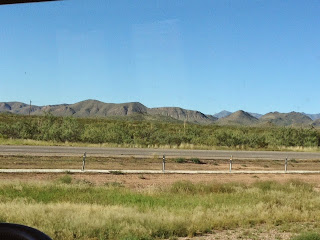 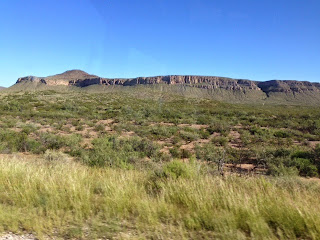 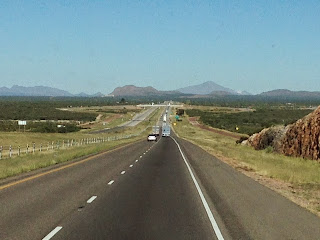 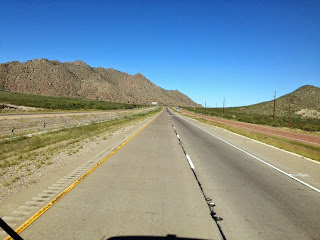 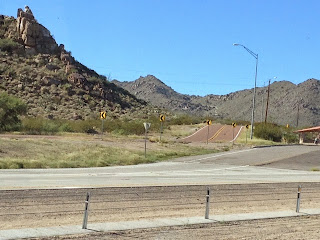 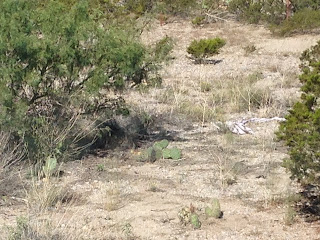 The view was great all the way into El Paso. Although we have driven through El Paso many times we are always amazed at the natural beauty surrounding this city. 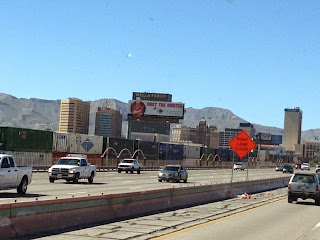 Do you remember that I had to replace the two batteries in the tent trailer back in August and then 20 minutes after I replaced them the bus would not start? I wrote about that toward the end of THIS POST among many other things.The start batteries were going bad but I was thinking I could nurse them along for a few months since I had 24 volt charger. The next week in London, Kentucky I discovered the 20 year old charger was bad so I replaced the four bus starting batteries while I was in tent revival in London.

Fast forward 33 days and I had to replace the Green Machine battery. Monday night it was completely dead. As soon as we arrived in El Paso I found an auto parts store and bought a replacement. I installed it in the car there in the parking lot and it started right up. 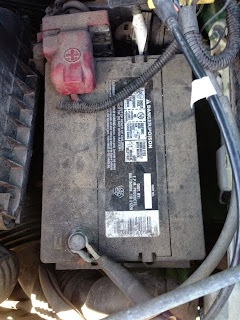 For some reason I neglected to get a picture of the new battery. In five weeks I have replaced eight batteries in three vehicles, five batteries in my tire pressure monitoring system (Thankfully those five were cheap) and my iPhone needs a battery too. What is it with batteries? The funny thing is that I have known since winter that the Green Machine battery was weak and it out lasted the rest.

After the Green Machine was ready to roll, we moved down the road and parked in a K-Mart parking lot. 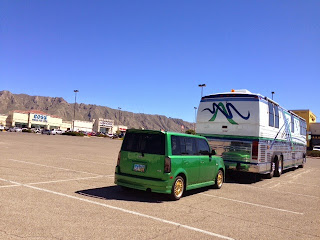 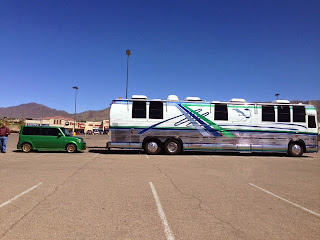 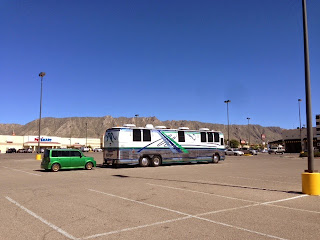 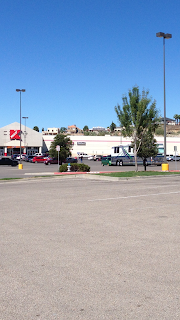 We were meeting a cousin next door at Carino's for lunch. Terry Ontiveros is a first cousin on my Mother's side of the family. She is the oldest child of my Mom's sister China. She has lived away from Ohio most of her adult life and has been in El Paso for many years. It was so good to get to spend a few minutes with Terry. Thank you, Terry for carving out some time for us as we were passing through. 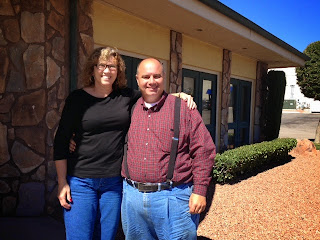 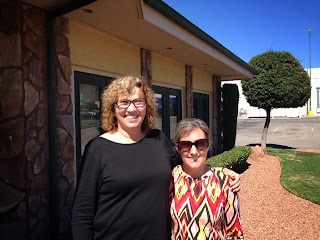 Then we started peddling as fast as we could toward Arizona. We were moving so fast we actually crossed New Mexico without stopping. 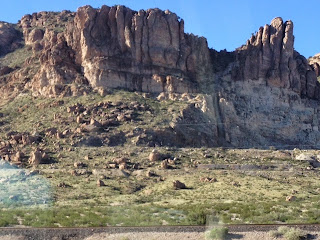 In a few hours we were stopping at our favorite rest area. It is on I-10 at about the 320 Mile Marker in Arizona and it is right at the beginning of Texas Canyon. The landscape changes suddenly and dramatically as you enter the area and is very beautiful. We arrived at the wrong time to take good pictures but I will post a few anyway. 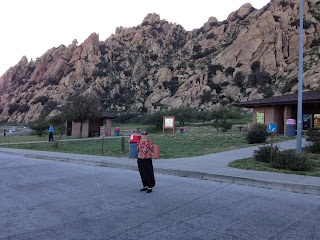 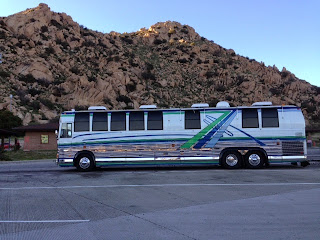 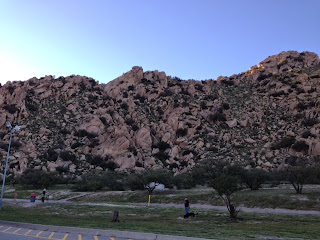 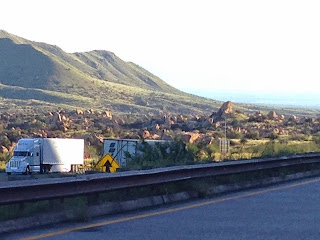 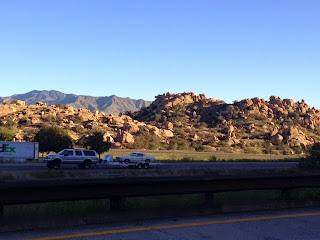 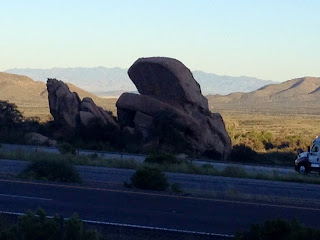 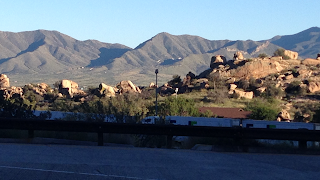 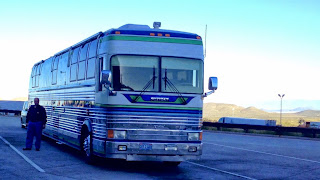 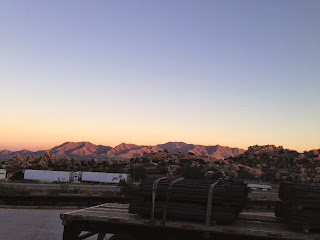 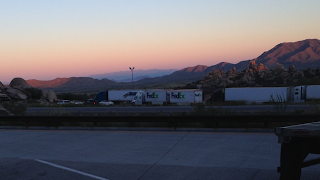 We are about 140 miles short of where we wanted to spend the night but we had driven nearly 400 miles and with the battery fiasco, the long stop in El Paso and the previous two 500+ miles days we decided to quit. It was cool as soon as the sun started going down so we did not need the generator.

We are now on west coast time so even my early morning posts may go up a little later in the east. They will be stamped with eastern time so if it says 6:00 AM that means I posted it at 3:00 AM. Probably not going to happen often. "Grin"  I may post some at night if I get a chance so you early morning readers will not be disappointed.

Posted by Davy, Kelly and Odie Boggs at 8:17 AM