I wrote about my grandparents, Godfrey and Bessie Isaacs, a few months back. May of 2019 marked 100 years since their marriage on a cold and snowy May 10, 1919. 16 year old Godfrey and 15 year old Bessie began life together and spent most of it in Jackson County near the Madison County line off of Red Lick Rd. They left behind an amazing heritage when they departed this life in 1985 and 1987.

Their heritage still looms large. My mother, Martha Boggs, Godfrey and Bessie's youngest daughter, with the help of some of my cousins compiled these statistics that were current as of October 1, 2019.

Godfrey and Bessie Isaacs had 17 children and 14 of them lived to be grown and have children of their own. 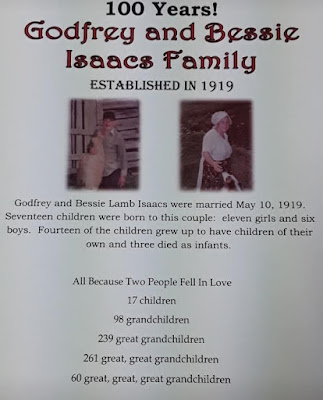 There were 11 girls and 6 boys born to Godrey and Bessie and there are 4 girls and 1 boy still living. One of the older sisters, Aunt Edna passed away this summer since I wrote about the family in May.

Several of Uncle Herman's children have been working very diligently to fix up the old home place and put everything in order. The place looks absolutely wonderful. 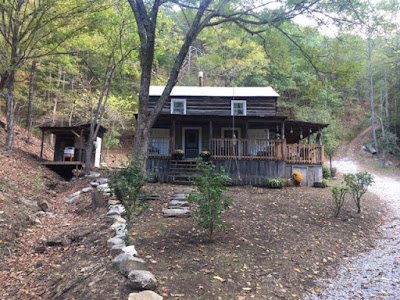 I mention this today because there was a great event in our family at the old home place in Jackson County on the first Saturday in October. Uncle Herman's family organized and held a "First Cousin Reunion" for the direct descendants of Godfrey and Bessie Isaacs. It was a big success with all five of the remaining children, at least 45 of the remaining grandchildren attending and a bunch more descendants too.

We were over 600 miles away, but I was so thrilled when the pictures started rolling in that afternoon. This is the old drive-thru barn that we played in so much as a kid. You can get a glimpse of the house if you look closely beyond the barn on the left side. 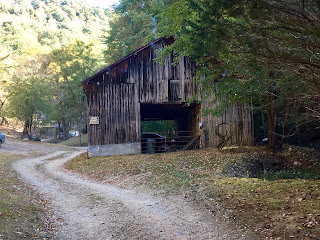 The house that Grandpa built  in the 1930's and where my mother and many of the children were born. 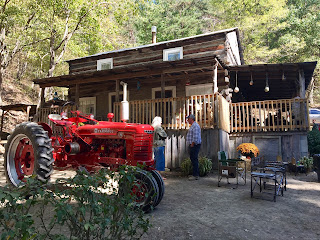 The tractor in the picture above is our Grandpa Godfrey's 1951 Farmall H Model tractor. It was purchased and lovingly restored by one of the Grandchildren, Gary Coffman. He is on the tractor below. 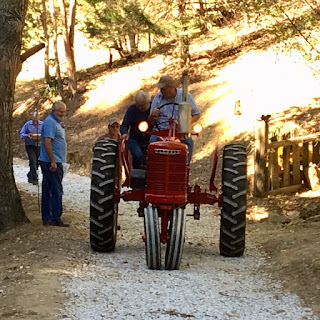 These commemorative hats were sold at the reunion and all the money was set aside for Uncle Herman's children to be able to purchase a little more material for sprucing up the house. 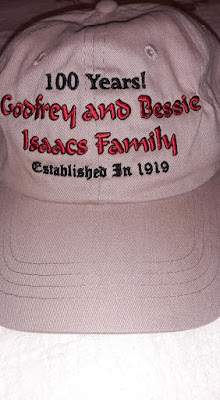 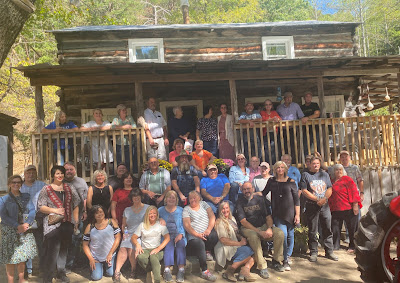 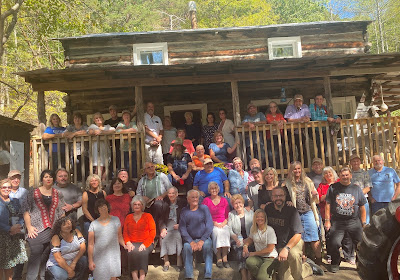 It was an amazing day. We were in Kentucky later in October and we drove up the holler to see everything for ourselves. Everything is so beautiful and Uncle Herman's children have done a lot of work to make it that way. Walking those ground brings so many wonderful memories flooding into my head. 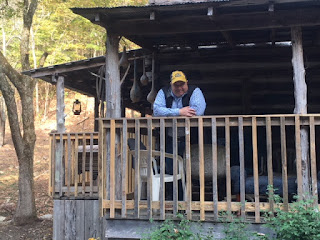 Godfrey and Bessie Isaacs were responsible for bringing at least 675 souls into this world. They left their descendants no money, no trust funds, no fortune 500 companies to run and no fame to try and navigate through. They handed down an old cabin built with their own hands, a few acres of mountain side and some old tools.

In the eyes of many, the legacy of Godfrey and Bessie Isaacs would not be worth remembering. But for people who know the true value of life, these two humble servants of God left us more than mountains of gold and rivers of silver. They left us a legacy of prayer, love for the Word of God and lives that were well spent in His service. We are rich folks indeed.

My wife and I took a couple of the pictures in this post and my cousin Cindy Townsend and my brother Steve Boggs sent me the rest.

Follow this link to see a PDF that my mother compiled and my brother Steve printed with all of the information about the descendants.


I will have many more pictures later.