Last week it was time to tackle a task that was overdue. The power company had set the new electric pole by the road several weeks ago but we had never dug the ditch from the road to the house.

My cousin, Gary Coffman, found an excavator to dig the ditch for a reasonable price and Thursday was the day. 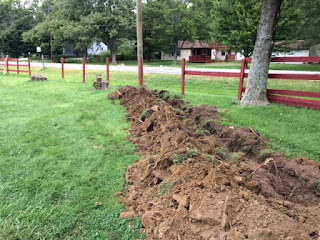 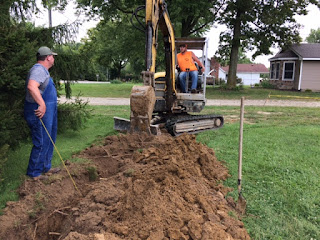 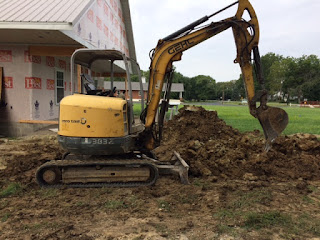 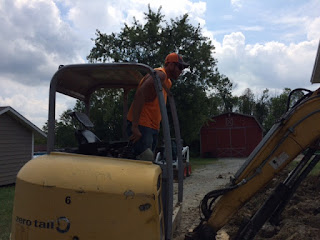 We have been having a problem with water running out into the drive and washing away the gravel since we poured the footer and laid the block back in April and May. Since they were digging the ditch for the electric several feet down the side of the house, it was a good time to channel the water too.

He dug down to the footer, along the garage and down to a drain close to the barn. 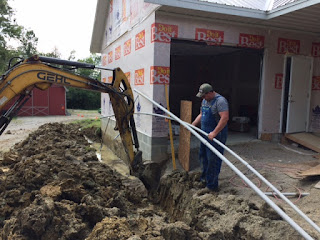 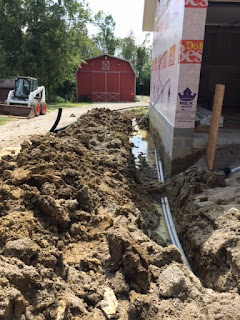 Then he covered most of it up. 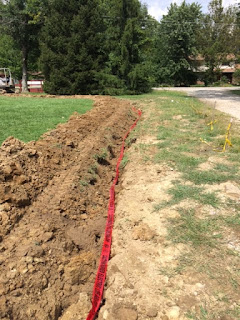 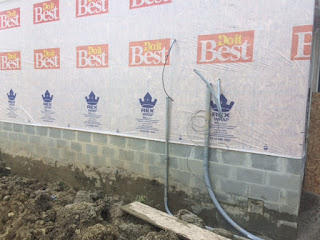 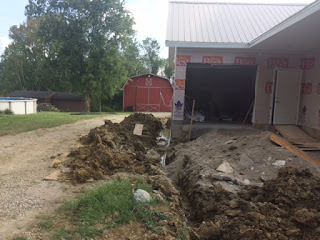 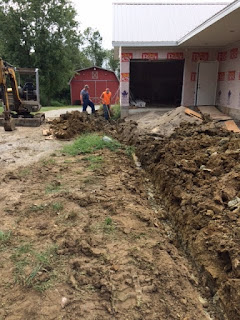 In preparation for more water, I removed the drain early Friday morning and cleaned it all out. I need to clean the pipe that drains it but that is a project for another day. 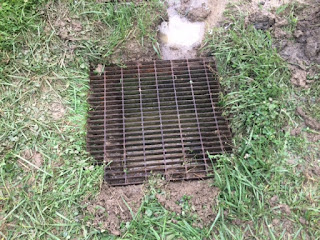 I wanted to fill part of the ditch with gravel where the house drive will cross it and also beside the house where the drain pipe was installed. I could not get the gravel delivered until Friday so Gary and I ran the drain pipe and filled in the ditch before most of the heavy rain started Friday. 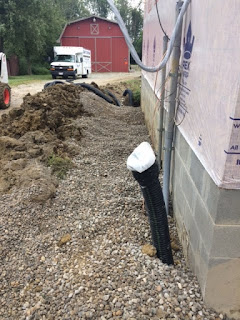 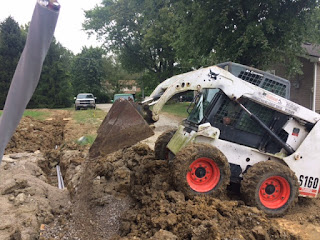 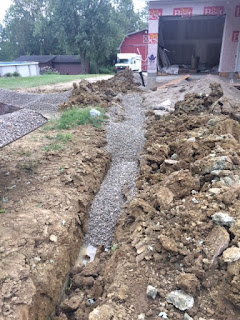 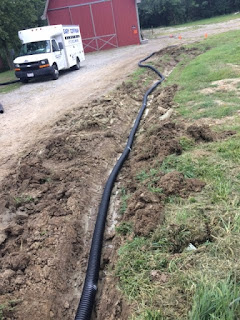 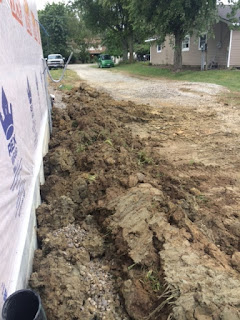 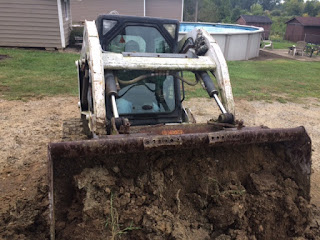 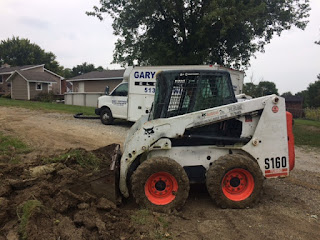 Gary worked hard and I appreciate his help. I could not have done it without him. Once the meter base is set, the house will be ready to have the electric hooked up. That brings us one step farther!

Davy
Posted by Davy, Kelly and Odie Boggs at 6:28 AM