Odie kind of took over for a few days so here it is Wednesday and I am just getting around to posting the review of our weekend. Of course, since the weekend review goes all the way back to last Wednesday, I guess that is OK.

I told you we stopped for a night of revival Tuesday in Livingston, Texas. We were blessed to be in a great service with Pastor Don Goodwin and his church and to hear Pastor Scott Morris preach. Kelly Jo, Odie and I are all three glad it worked out to be there. Here is a picture of the BoggsMobile and Green Machine before we pulled out early Wednesday morning. It started raining just a few miles down the road. 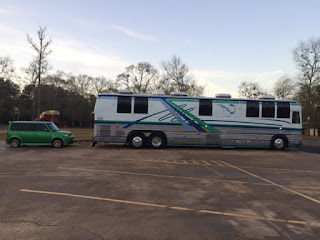 We left early for two reasons. One, we were parked in the upper parking lot and did not want to be in the way of the school. They told us we would be OK but I had a second, more pressing reason. I really wanted to be in Baton Rouge by lunch time if possible.

Some of you may remember that last year on our way through Baton Rouge in January, we found a terrific Mexican Buffet. We love Mexican food but really good Mexican buffets are extremely hard to find. This is a great one.

After a year, we had started doubting ourselves. Was this place really as good as we recalled or had our memories been enhanced by the passing of time? The verdict?

It is every bit a good as we remembered and maybe even a little better! Wow! 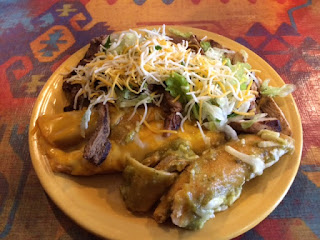 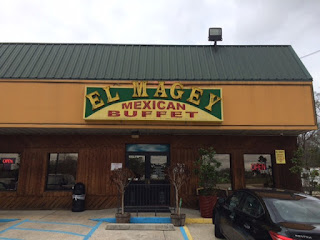 We parked at a WalMart near by the restaurant and when we came back, security was telling us we could not spend the night. We had run into this same thing last year in Baton Rouge so we knew we were likely to get ran off. It was still early but I have not been feeling well. I figured 290 miles might be enough for Wednesday but we would have to press on. Kelly Jo and Odie did some shopping at WalMart and Sam's and then we hit the road.

Here we are right before we left WalMart. 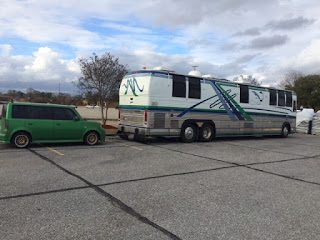 I made a beeline for Camping World a few miles east of town. I had discovered a problem when we arrived in Baton Rouge. The BoggsMobile and Green Machine are connected by a BlueOx tow bar, a set of chains and an electrical cable.

The plug on the car for the electrical cable looks like this picture below. EXCEPT, the plug on the car had broken broken right at the holes where the bolts go through. This is the new plug that will have to be wired in this week 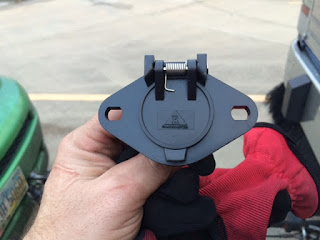 This had allowed for the tension on the cord to pull the plug forward slightly and then the cord was dragging on the ground. The blue cord was the old one and it was ruined.

I knew I could order one online cheaper but I was hoping Camping World had one "cheap enough" because I needed one NOW. Sure enough, they just happened to have one at full price and I scarfed it up. The new one is red. I wired tied the plug in place but I will try to replace it this week. 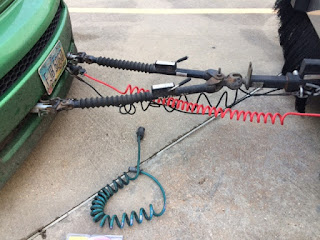 Here we are at Camping World. 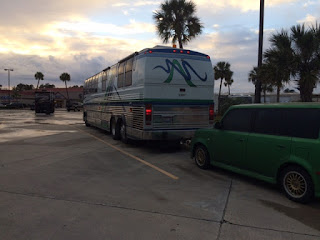 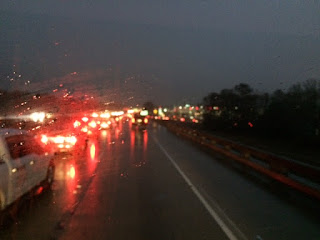 The 125 miles from Baton Rouge to Flying J in Mississippi took us four hours including about a 30 minute stop at Camping World.

To say I was happy to get stopped for the night is a huge understatement. 11 1/2 hours had past since we left Livingston. We had driven 400 miles with a bunch of that in rain and traffic, with a the little cord problem thrown in to keep things interesting. The great lunch kept me going though! 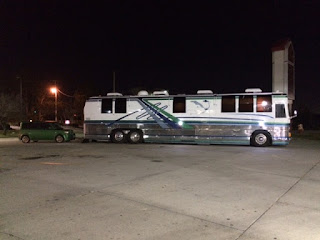 I did not rest well that night so I rested some the next morning. We hit the road by the crack of noon and drove a couple of hours to a Sam's Club. The girls went in there and several other places looking at computers. You may remember the laptop I use personally and for Boggs Family Ministries crashed a few weeks ago and it appears it is probably gone for good this time. It is several years old and I have already replaced the hard drive once.

After they scouted things out I went into Sam's and Best Buy to look at the best deals the girls had found but I could not make a decision. I needed to sleep on it. 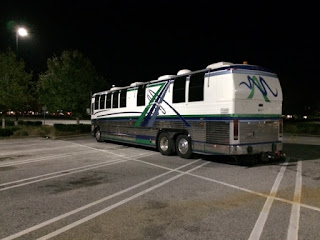 I did rest better that night and went to Best Buy and bought another laptop. It is a computer, it comes on when it is supposed to and it has not crashed yet. It does have Windows 10 but all the new ones do. I hate windows 10 but then again, I have hated every new version of Windows I have ever had. I am not good at change. I was fine with Windows 3.1 over 20 years ago!

While the girls shopped a while in Mobile, I drove on to Citronelle, Alabama. Pastor Darius Templeton was waiting on me and welcomed me with open arms. I love this man and his family and we are very glad to be here with them and the Cedar Creek Church. 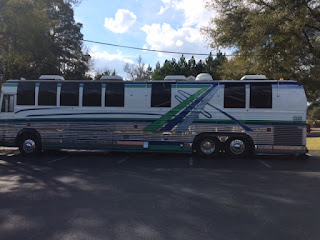 We set up the sound, ate a bite of supper and then I sat on the front porch of the church for a couple of hours enjoying the peace and quiet. The temperature was perfect, the setting was perfect and all seemed right in the world. 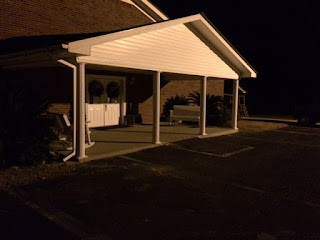 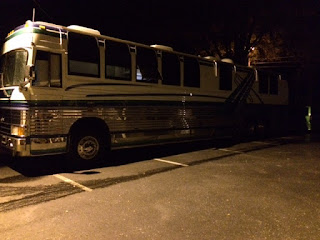 The weekend services were great and we had special visitors Sunday and Monday as well. Sunday, in a addition to all of our friends at Cedar Creek, we were blessed to have Bro. Farrell Stearns all the way from Pensacola, Florida. Farrell is  a super great friend of ours and we thrilled that he drove over to see us. We should get to see him a few more times in the coming weeks. 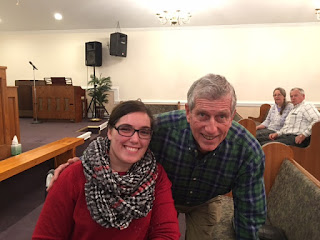 We had more special visitors Monday night and we will have pictures later in the week to prove they were here. Odie has also been getting lots of pictures of our friends at Cedar Creek.

I took these of the church. This is a beautiful place! 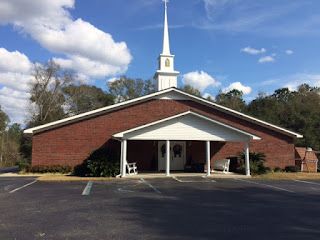 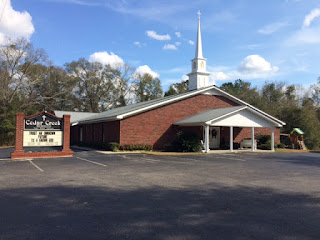 That pretty much wraps up the weekend. Thank you for reading.

Email ThisBlogThis!Share to TwitterShare to FacebookShare to Pinterest
Labels: Weekend