Monday was a long busy day. I intended to begin posting some 2016 in review posts today but I did not get to it. Maybe I will begin tomorrow.

Sunday was the third late night in a row after three travel days so I let the girls rest a while Monday morning. I had some business to attend to but none of it required a super early start.

It was warmish in Wichita and I had intended to wash the BoggsMobile. It needs it badly. Then I heard the rain. There is no since in washing the bus and then running down wet interstate at 70 MPH. It will be toooooo cold to wash it the rest of this week but I should have a chance to do it next week in south Texas. 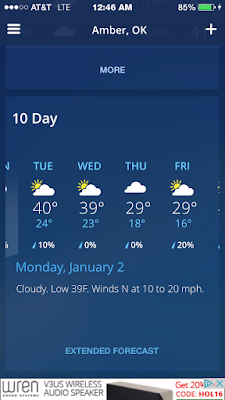 By mid-morning Kelly Jo and I went to meet Bro. John and Sis. Judy DiZazzo for one last visit before we left town. We love these folks and we are thankful to count them as friends. We may not see them until October so there were lots of hugs all around.

KJ went to fetch tacos from the taco truck down the street since we probably will not see them until October either. Hugging a taco is too messy but there were lots of tears of joy while eating them! 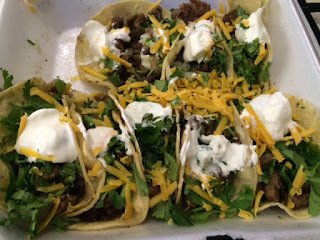 Then we finally hit the road. We had a nice uneventful three hour drive to Oklahoma City, just like we like it. We only had one traffic slow down and that was in OKC. It took us 14 minutes to go 1.5 miles so everyone could look at the fender bender that was COMPLETELY off the road and not hindering traffic at all.

I was a little anxious to finish the trip because we had more Mexican food waiting at the other end. We pulled into Mt. Vernon Church, loaded up in the car with Bro. Rickey Searcy and his family and drove a short distance to my favorite Mexican place out here, Chelino's on 42nd and Robinson.

They know exactly what I mean when I say I want the onions crispy! 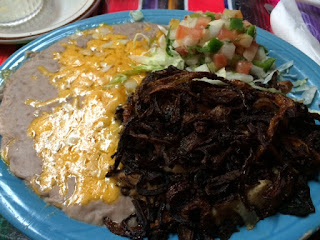 It was great to see our long term friends! We have not been with them much lately and we were overdue on a Searcy fix! Bro. Rickey and his church have stuck with us through thick and thin and back to thick again and we love them very much. 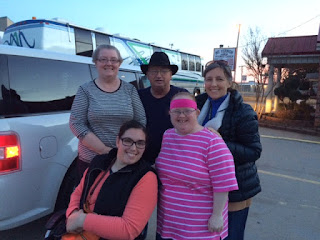 Here I am with my sweet little Javonia! 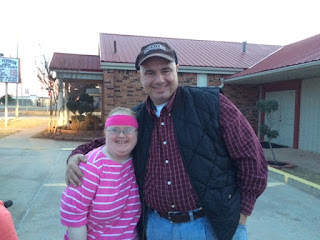 Monday night, Kelly Jo and Odie made a WalMart run to stock up on everything. We must have been near starvation because I think they brought some where around 147 bags in the bus. We are going to need a new landfill for all those bags!

I worked on a bunch of year end correspondence for several hours. I have much more to go but I am feeling better now that I have at least started the task. We should have the new edition of Odie's Newsletter later this week and I am hoping to have these year end letters ready to go into some of them.

I thought that computers were going to do away with any need for paper. How is that working out for you?

All of this computer work is complicated by the fact that I do not have my crashed hard drive restored yet and much of the information I need is still inaccessible. Well, if it was easy, I guess anyone could do my job, right?

I hope your new year is off to a good start. Thank you for reading.

Davy
Posted by Davy, Kelly and Odie Boggs at 6:42 AM