I know that some people's eyes glass over when I post about BoggsMobile maintenance and projects but I am constantly amazed at how many readers love these posts. It is absolutely right to post them because they let you know our life is more than great revivals, good food, terrific friends and breathtaking views. There must be a little maintenance along the way!

Our visit to Jeff Rowe and Tennessee Luxury Coach near Vonore, Tennessee on Thursday and Friday of last week was very productive. I first scheduled this appointment to have Jeff trouble shoot a pesky air problem that keeps rearing its ugly head.

I do not plan to be by this way again for several months, so as other things presented themselves we added them to the list. One of those things was shocks. I had the shocks replaced at Prevost Nashville soon after I bought the bus so they were way past their useful life span again.

The bus has eight shocks. Here are five of the new ones with the rubber bushings installed. 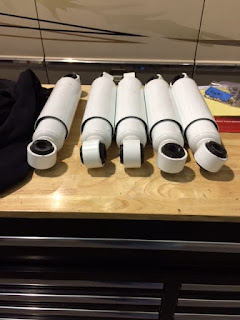 Here are two of the old ones. 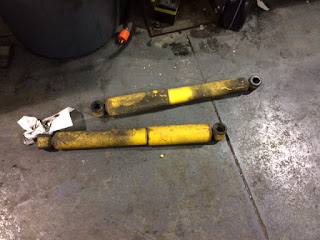 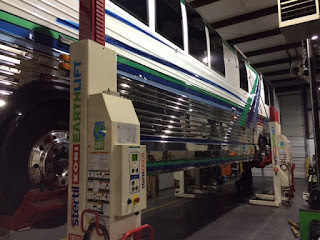 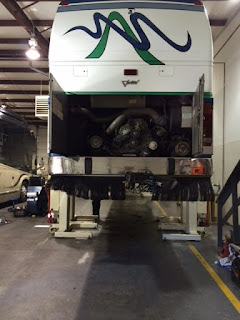 Two old ones from the front. 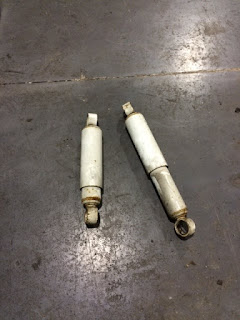 And on they go! 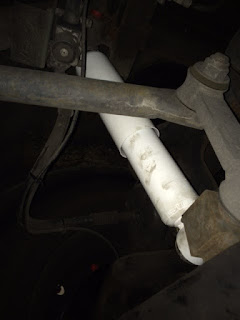 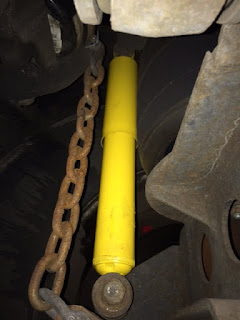 The BoggsMobile has two shocks on the front axle, four on the drive axle and two yellow ones on the tag axle. The old shocks were not near as bad as they were when I replaced them in 2008 but these brand new ones made a world of difference in the ride and I am so glad to have that job completed.

In chasing the pesky air problem they replaced the ride height valve on the passenger side with a brand new shiny one. 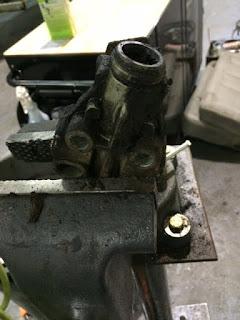 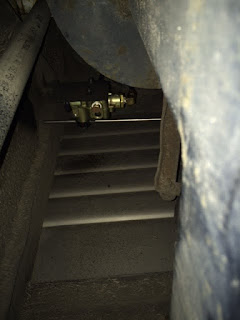 Jeff also did quite a bit more diagnostic work on the air problem and I think we are closer to a solution. We will know more later after some ordered parts are received and installed.

Then it was on to the final job for this visit. When I pulled out of the barn on Wednesday I noticed a fresh oil stain on the concrete right next to where the driver's side tag tire sits and I was pretty sure what it was. 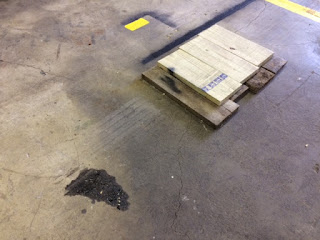 When Jeff raised the bus in the air we could see the oil on the tag axle rim. That was a sure indication of a wheel seal leak. 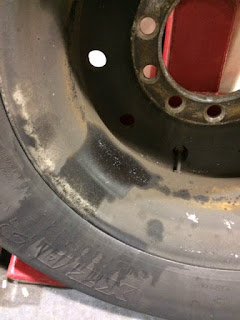 That is something you do not mess with so it had to be changed while we were there. Jeff and his guys are the ones to do it. 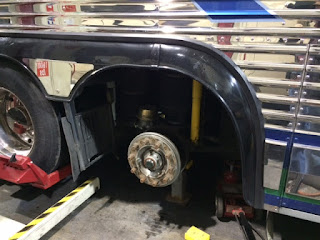 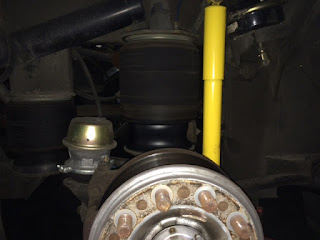 I took the wheel outside and cleaned it up some so a leak might be a little easier to see it the future. 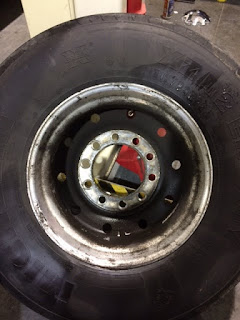 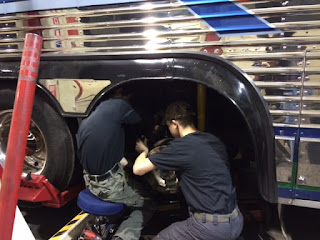 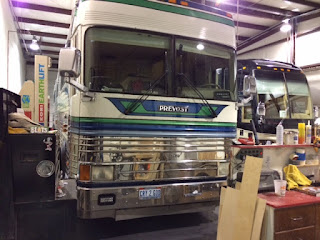 Thanks Dan and Josh for fixing the BoggsMobile and getting us ready to ride. 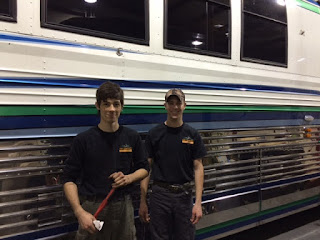 Govenor Christie's 2016 campaign bus was parked in Vonore. The last time i was here this same bus had been used recently by Donald Trump and his campaign. At least they are keeping the bus in the family of northeast liberals running as republicans. 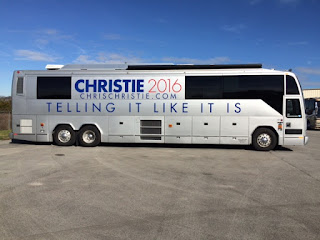 Friday afternoon they were finished with the bus, the bill was settled and we were ready to drive toward Mobile, Alabama. 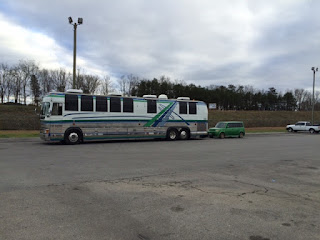 That is all for another great visit to East Tennessee Luxury Coach. I really do thank God for Jeff Rowe and his staff being in our lives. They sure make the complicated and frustrating task of owning a bus a whole lot easier.

Davy
Posted by Davy, Kelly and Odie Boggs at 6:44 AM