A 35 Gallon Oil Change On The BoggsMobile

It was special to be at our home church at Dryden Rd Thursday night. Praise God for His people. We love our Pastor and our church. It was good to be with them again.

I had this post ready to go live early this week but it was preempted by all of the excitement. I had some pretty exciting days in Tennessee last week and that is what this post is about. Before you know it last week will be ancient history so I thought I better post it now.  You can see the the latest on Odie HERE.

While I was in Vonore, Tennesse having a window replaced they lifted the BoggsMobile to look at a few issues and discovered I had a wheel seal leaking. It was not leaking terribly but a wheel with no gear oil is not a problem I want to deal with out on the road so I scheduled an appointment at Prevost in Nashville.

I had also been leaking a little more motor oil than "normal" and they pointed out that some of it was coming from one of my oil filters. I was within 1500 miles of my scheduled oil change but the normal place I have the work done was so busy that I would have been waiting for hours on the day I passed by there. In retrospect I probably should have had them change it in Vonore even though their price was quite a bit more expensive.

I asked them to do it while at Prevost and they started the oil change first. It was all going well until....

While the mechanic from Prevost was adding oil with their automated dispenser, the dispenser failed to kick off and they overfilled the engine. In fact, they drastically overfilled the engine. It holds about 40 quarts or 10 gallons. After they discovered the problem they drained 25 gallons to get down below the full line on the dipstick. Yep, you read that correctly. 25 Gallons too much! 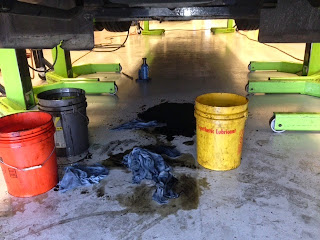 Plus a pan that was filled above the 50 quart line 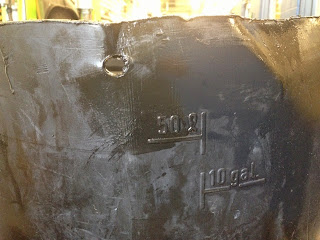 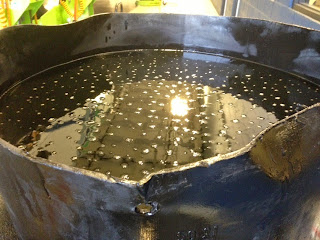 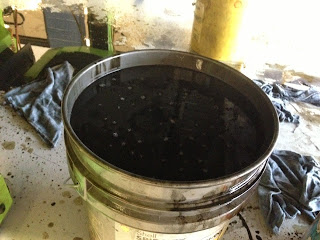 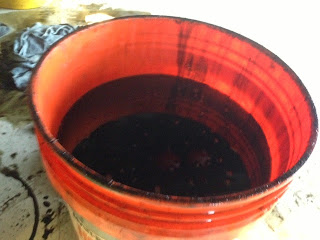 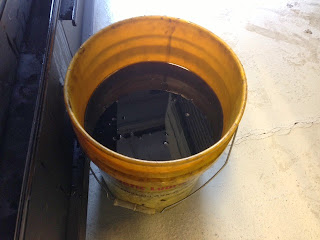 They called the oil company out (If I understood correctly they had just been there to service everything that day) and the rep found he had left that particular dispenser on manual rather than automatic. He immediately corrected the problem. If he pays for 25 gallons of oil, that may be the last time he does that.


It could have been catastrophic had they started the engine. They did not start it because even though I had stepped away for a moment, the bus door was locked so they came looking for me to start it. While I was unlocking the door, going inside and getting seated they noticed the oil level was too high. You better believe I will look at the dipstick myself before I start it on future oil changes. (That is something they always do at where I normally have it changed.)

They turned the crank on the engine by hand which is what I found out they were supposed to do. (Thanks to Bro. Scott Morris and his brother in law.) Once they realized it turned easily and had no oil above the pistons they had me start it and everything seems fine.

Once that baby heart attack was over it was time to move on to the leaking wheel seal. All of that went pretty smoothly. 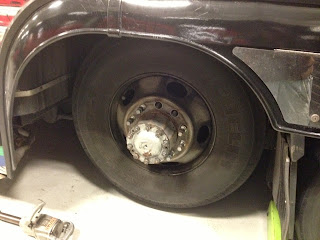 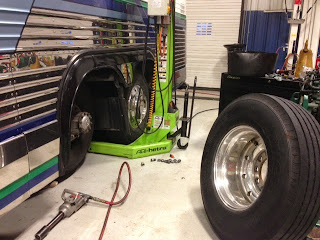 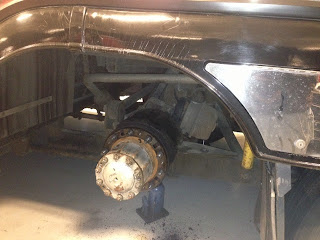 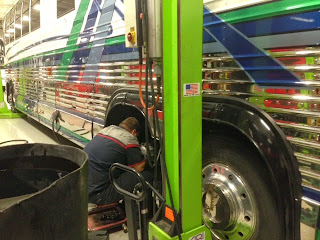 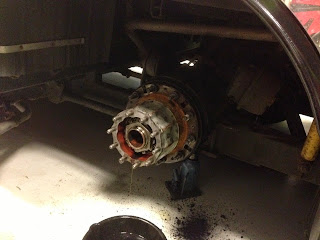 This is the end of the axle. 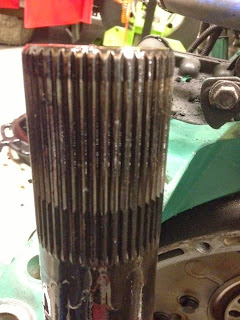 This is the whole length of the axle. It is standing in front of a bus motor mounted on rack outside of the bus it is supposed to be in. This is a position that I never want to see my motor in by God's grace. 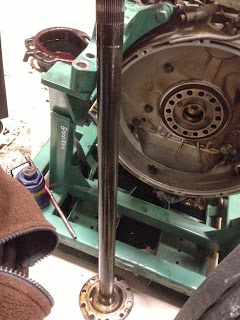 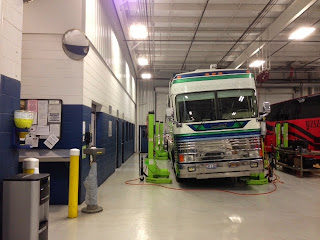 My old bus does not have a place to add gear oil directly to the wheel once it is put back together. So they seal it all up, lift it in the air, add gear oil and then tip it to the side and let gravity fill it up. It looked like it was fixing to lay over on its side. I am sure Prevost has good insurance! 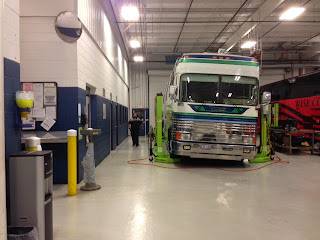 Wow! What fun I had in Nashville.

Davy
Posted by Davy, Kelly and Odie Boggs at 5:38 AM