We drove into Los Angeles on Friday night and again on Saturday morning. We have skirted around the edge of LA several times while driving back and forth between central California and Arizona and I flew into LAX once several years ago but we have never spent any time there.
The first thing of interest that we ran across was the famous "Hollywood" sign. We learned a few interesting facts about the sign. First we learned that the letters are 45' tall! Who knew? Secondly, the sign originally said "Hollywood Land". It was an advertisement for a real estate development in the 1920's. Also an actress committed suicide by jumping off the letter H into the deep ravine below during the great depression of the 1930's. 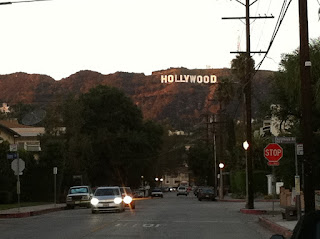 Next we found the site of the Azusa St. revival that started in 1906 and sparked Pentecostal revival around the world. The building has been gone for many years but it was neat to actually see the place where it happened. 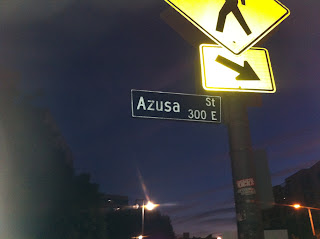 I was very surprised to see a sign commemorating the place. I would guess that they have folks like us from all over that wonder in looking for 312 Azusa St. I was glad to be there. Thank God for Pastor William J. Seymour and the people who gathered from all over the world hungry for a manifestation of God in their lives! 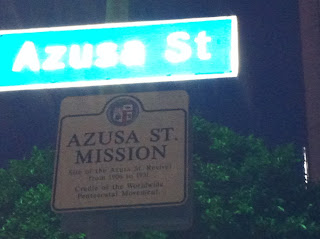 Then we drove by the Angelus Temple that was built by Aimee Semple McPherson and dedicated on January 1, 1923. It was built to seat over 5000 people and was definitely the largest Pentecostal church at the time. It was pretty neat to see as well. 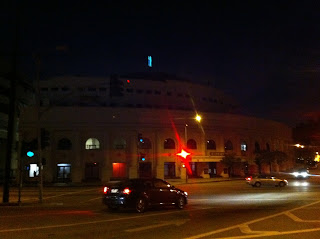 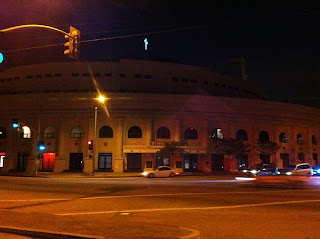 On Saturday we spent some time and walked some miles in the Garment District in downtown LA. It covers over 90 blocks and contains shops and vendors selling clothes, accessories, shoes, fabric, food and much much more. We didn't walk through it all but we sure gave it a good try! Not ever thing was cheap but the girls did find some $2 skirts and we saw lots of fabric for $1-3 a yard and even some 3 yards for $1 deals. And the hot dog stands were awesome! The rest of the pictures are random shots of our day in the Garment District.
We start revival in El Mirage at Desert Cove Assembly in the Phoenix area tonight. We are looking forward to being with all of our friends. We will try to post some pictures of revival by the weekend.
Davy 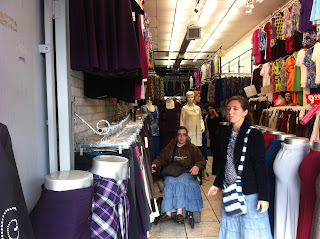 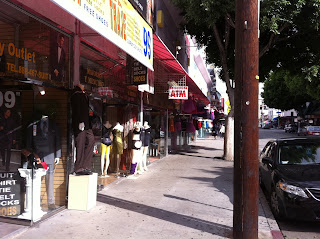 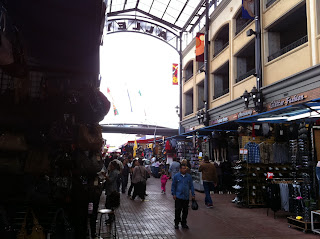 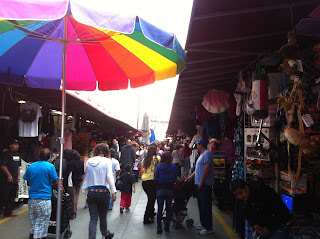 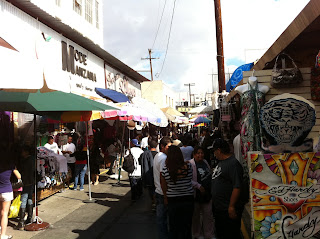 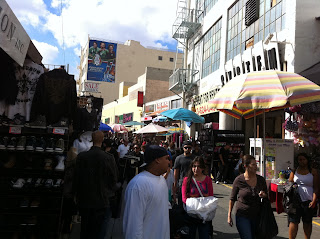 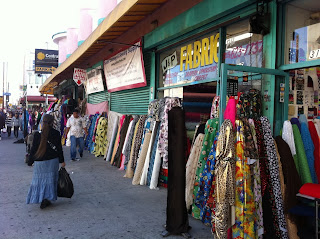 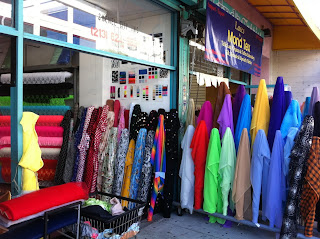 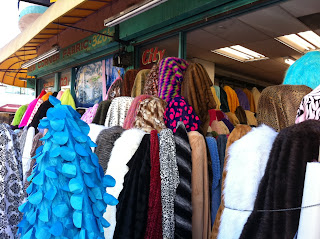 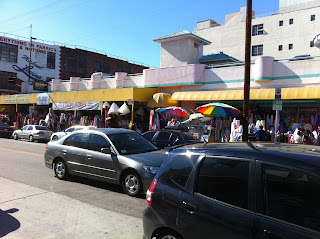